In 1956, Per Kohl-Larsen trolled the automotive world with his small sports coupe. 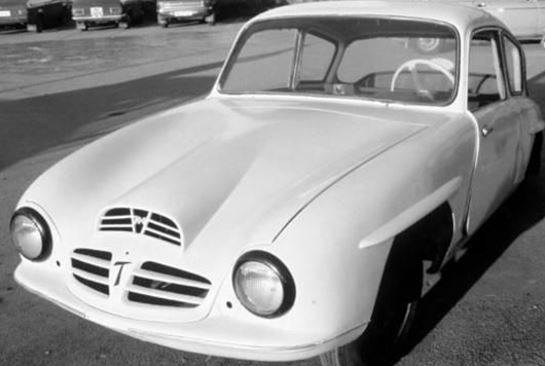 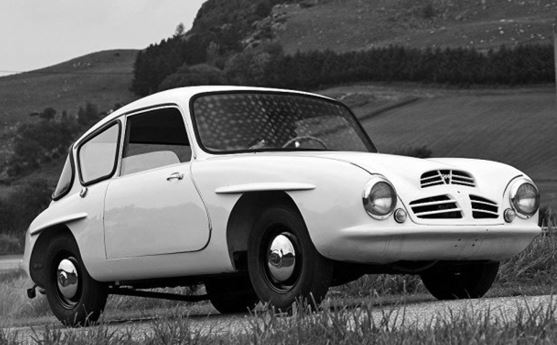 Troll Plastik & Bilindustri was founded in 1956 in Lunde, Norway. Their first car, the the Troll, was a failure, due to government intervention. The Norwegian government had a trade deal with the Soviet Union, trading Norwegian fish for Soviet cars. Only 5 of the original Troll was made.

The Troll was a fiberglass-bodied sports-coupe with a 663cc two-stroke inline 2 producing 30hp, powering the front wheels.

.
.
The company was close to going bankrupt in late 1956, but Kohl-Larsen successfully lobbied for a compromise deal, the new Troll car would use 51% Soviet-made parts. 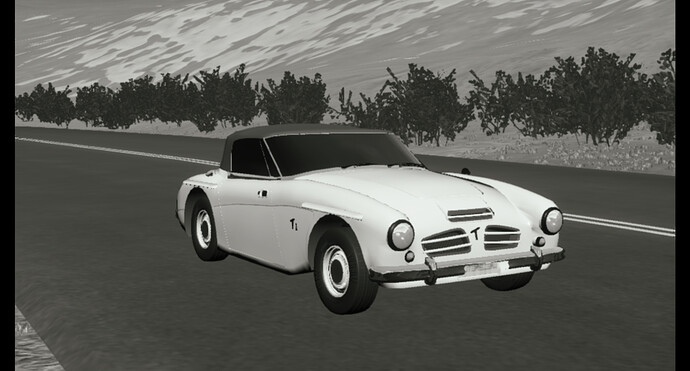 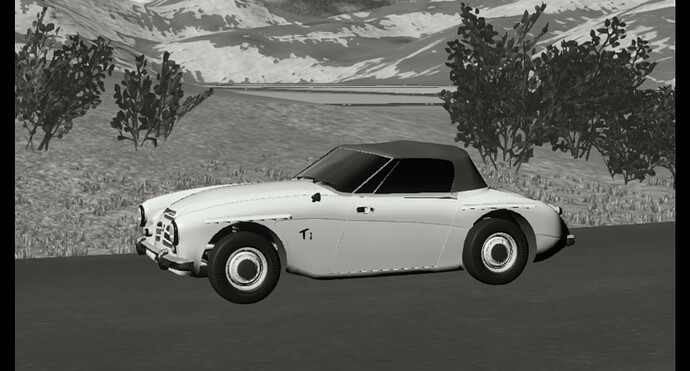 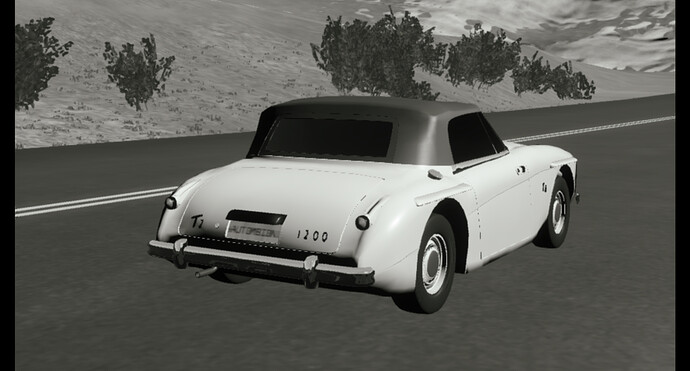 The Troll 2 was introduced in 1957. Early advertisements used the slogan “One Was Not Enough” for international markets. Many design elements were lifted from the Troll, the body was made of fiberglass, and had suicide doors. Just like the original Troll, it was only available in a matte off-white finish.
It featured a western-made engine, sourced from Stoneleigh, but the transmission, brakes, electrics and a range of various other details were sourced from the Soviet car factory “Plant no. 6” (Later DAZ).

The Troll 2 was a larger, more luxurious car, available as a coupe or convertible. Unlike the original Troll, the Troll 2 had a traditional front longitudinal engine placement and rear-wheel drive layout.

1957 Lineup (all performance specs based on coupe body)

Many customers of early cars grew bored of the mandatory off-white finish and painted their cars in different colors. So in 1958, body paint was added as a factory option, red or green in color.

.
Over the years, the Troll factory introduced many optional extras that buyers requested, such as fog lights, a basic AM radio and antenna, engine block heaters, among other things. 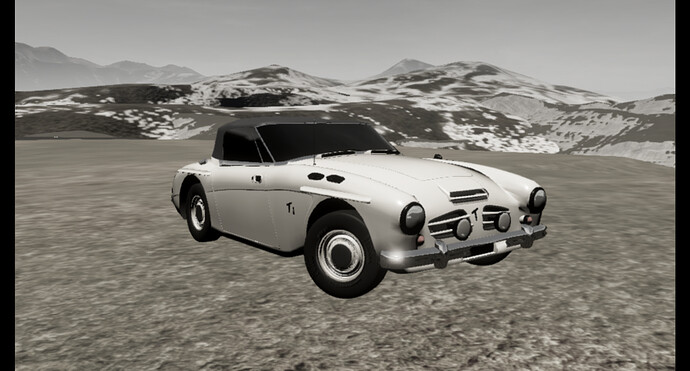 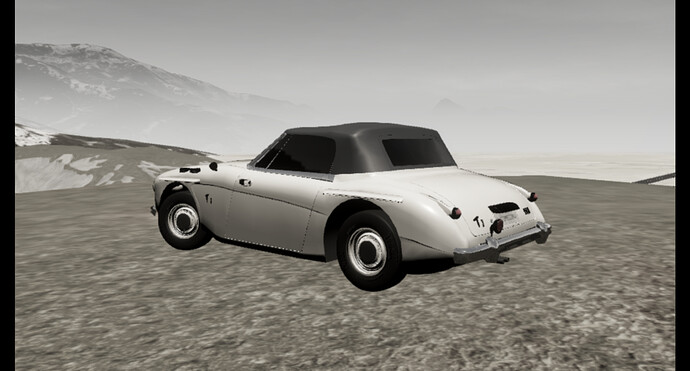 It looks good for a first car, I like the styling and especially the lore; and I’d like the post if you weren’t bumping your thread up for the fifth time by editing without changing or adding anything for the last 24h hours.

Thanks, It’s not my intention to bump the thread, I’m making small changes as I go. Will reduce number of edits from now on.

Ok, no problem, my mistake then (and have that like).

In 1961, the ban on imports of non-western cars to Norway was lifted, and the cars-for-fish treaty was scrapped. The Norwegian market was now much more competitive, and Troll had to step up their game. They responded in 1962 with a facelifted Troll 2 range. and the agricultural AZ-6 transmission was dropped in favor of a 3-speed Stoneleigh fully syncromeshed unit. Some Soviet made parts were still used, but were slowly phased out. 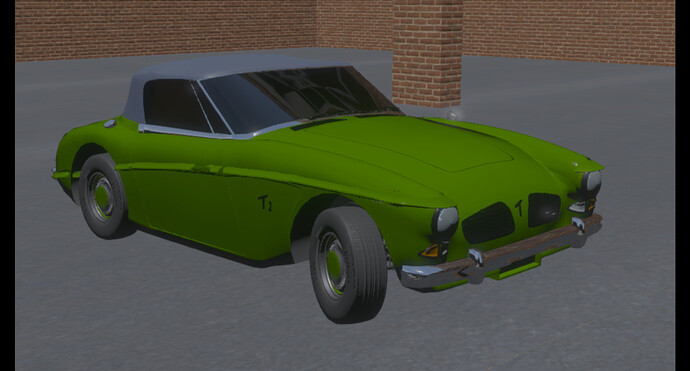 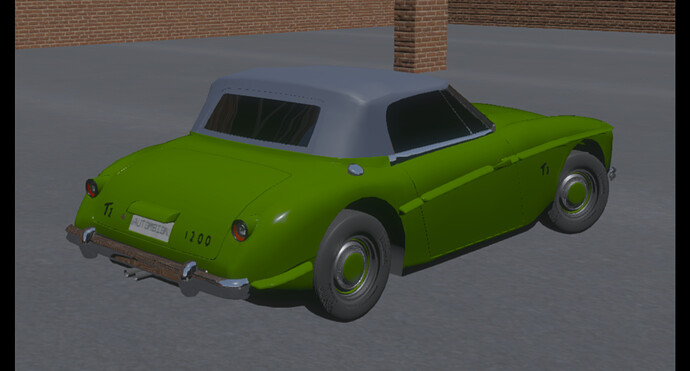 The facelift was inspired by American car design of the era, featuring rocket exhaust style taillights, chromed grills and other details. 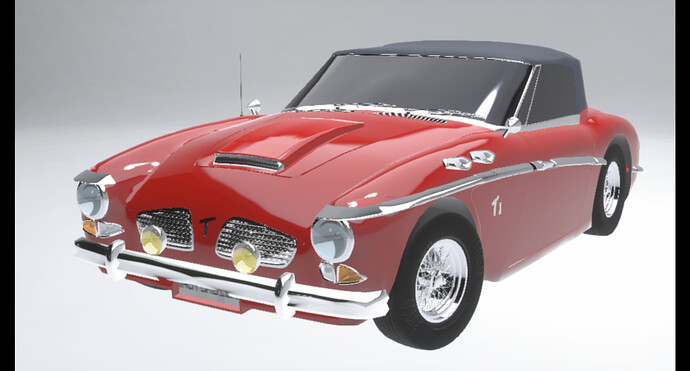 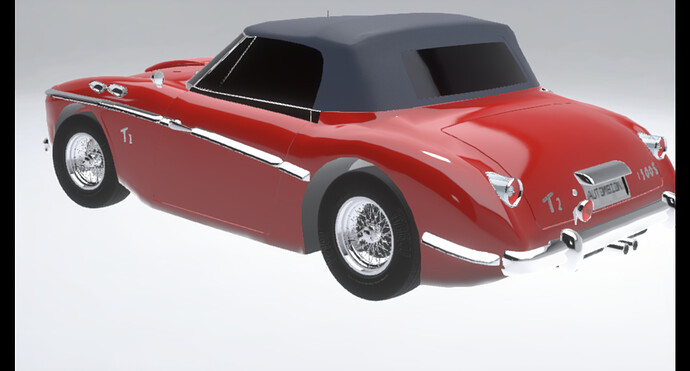 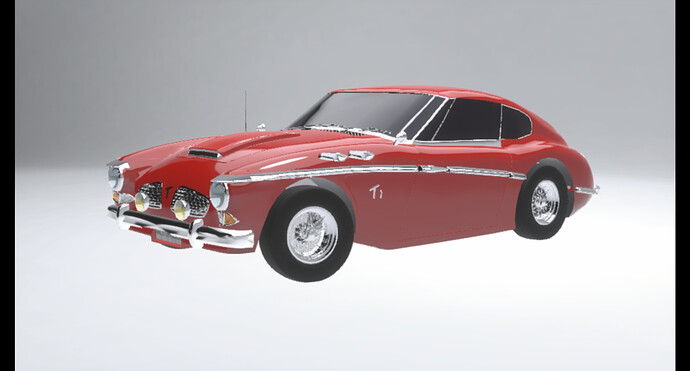 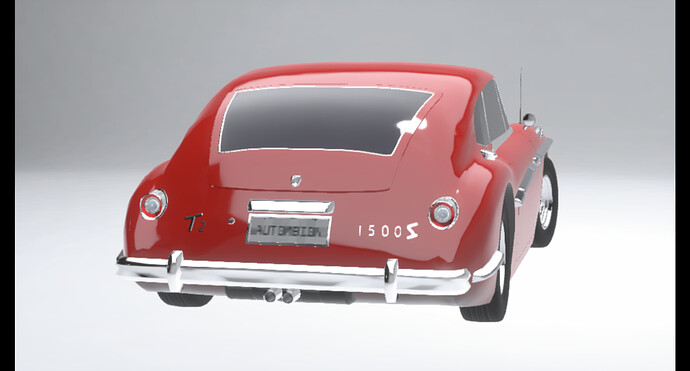 The 1500S trim was new to the range. It was a more sporty-oriented variant with front disc brakes sourced from Stoneleigh, stylish wire wheels and chrome details. The 1500 engine was upgraded with twin DCOE carbs, tubular exhaust headers and raised compression (8.7:1). The result was 82 hp @ 5500 rpm. The 1500S was also fitted with a Stoneleigh 4-speed transmission with a floor-mounted shifter.

1962 Lineup (all performance specs based on coupe body

In 1964, Troll launched their new models, the 412 and 415. They were the first in what became known as the T-series. The new car was larger than the “2”, and the “4” in the name hinted at the new car’s main improvement: Two more seats, making the T-series a four seat vehicle. The suicide doors were dropped. Radial tires were used across the range for considerably increased road-holding. 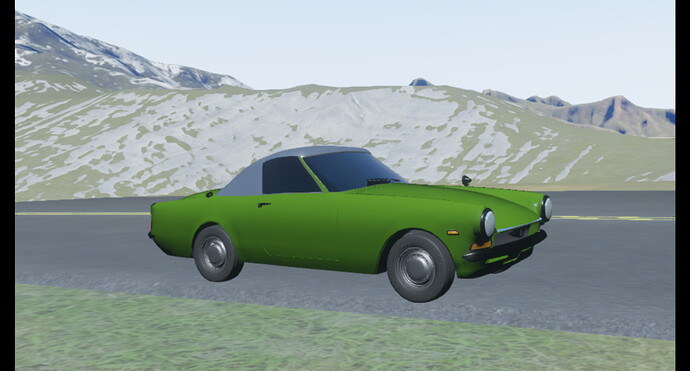 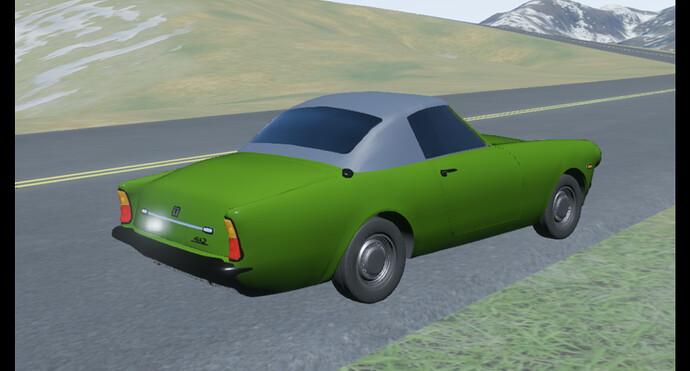 The 412 shared the 1197 cc engine and 3-speed transmission with the 212. The engine was updated for 1964, with a different carburetor which gave improved bottom-end torque. Lower friction drive shafts, universal joints and wheel bearings, and lighter wheels with radial tires gave reduced drivetrain friction and inertia. This, compared with vastly improved aerodynamics, saw moderate performance gains over the older model. 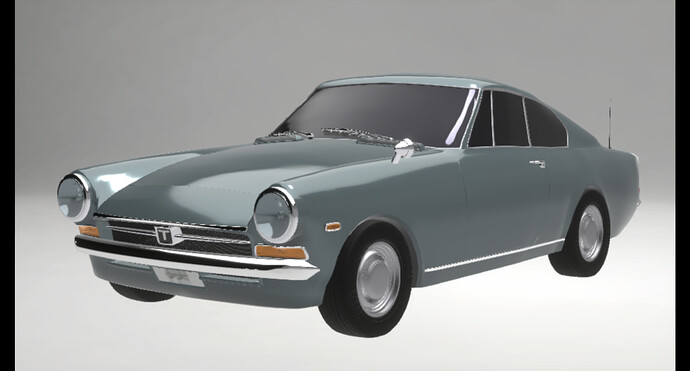 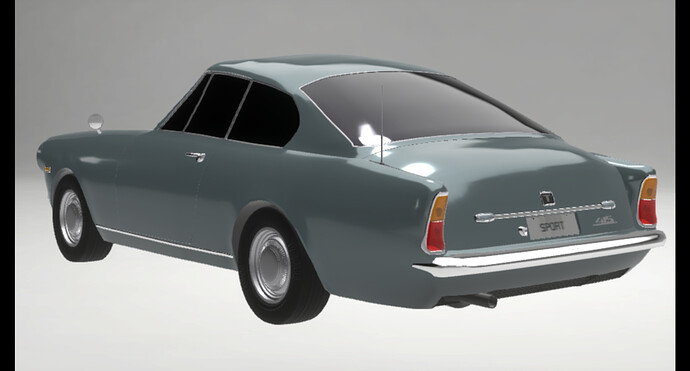 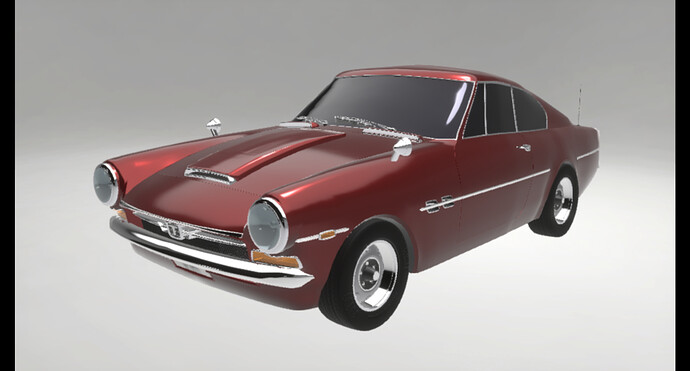 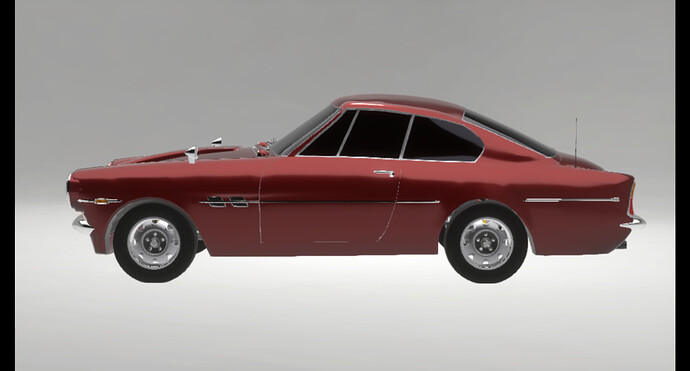 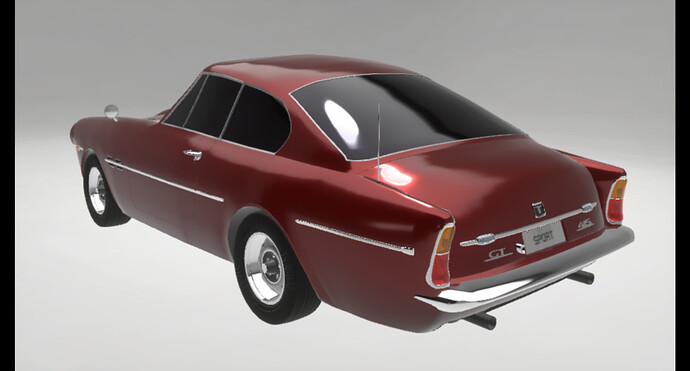 HighresScreenshot001902005×1080 246 KB
The top of the line for 1964 was the GT trim. It was only available as a coupe and featured a 1594cc version of the M46 engine, producing 100hp. The GT 416 was Troll’s attempt at a small GT car, and critics and buyers agreed, they had got it right. Performance was amazing for its time, and the level of finish and detail impressed everyone.

1964 Lineup (Troll T-series, all performance specs based on coupe body)

my jimmies are rustled due to the amounts of trolling

Since early days of the company, owners had taken their Trolls into the forests and raced them. Trolls were also popular among amateur rally drivers. But this had happened with little or no backing from the factory. However, rallying was becoming a very popular sport. So in 1964, Troll decided to build a dedicated rally version of their newly launched T-series, which would be named the GTS. The engineers wanted to utilize a higher performance variant of the Stoneleigh OHC, but Stoneleigh couldn’t supply them with one. So Troll went to Italian firm Arpione which supplied a lightweight DOHC inline-4 racing engine displacing 1599cc. The Arpione engine could provide 168 dead-reliable horsepower suitable for rally use. Arpione also supplied a 5-speed manual transmission, although this unit was not without its problems. The transmission sent the power to the wheels through an automatic locking differential.
The powertrain was installed under a bare-bones T-series coupe body, stripped of everything but the bare essentials. The result was a menacing machine ready to tear up the rally scene. 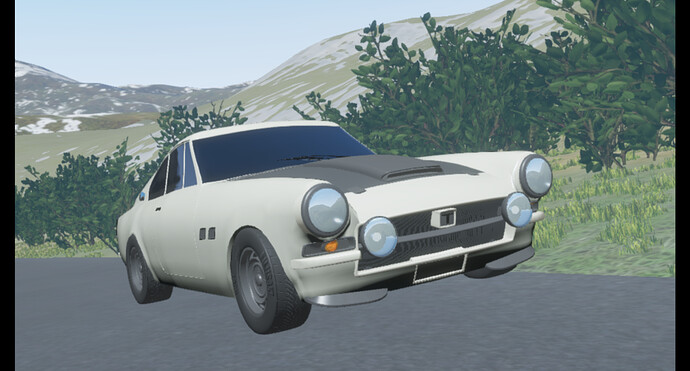 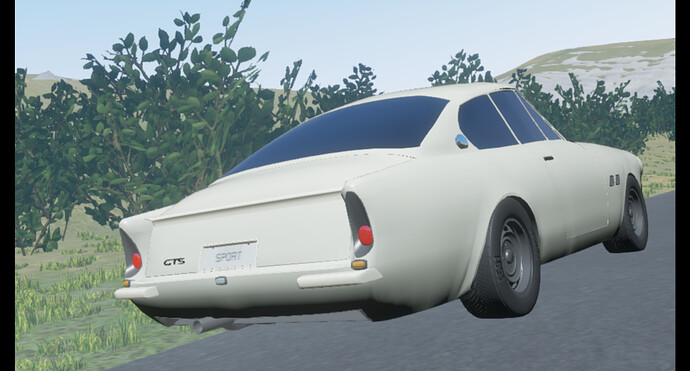 Troll also made a limited number of road going versions of the GTS, where the engine was detuned to 125 hp, came with an extra muffler, and the brake pads were more suited for normal road use. Very little else was changed. 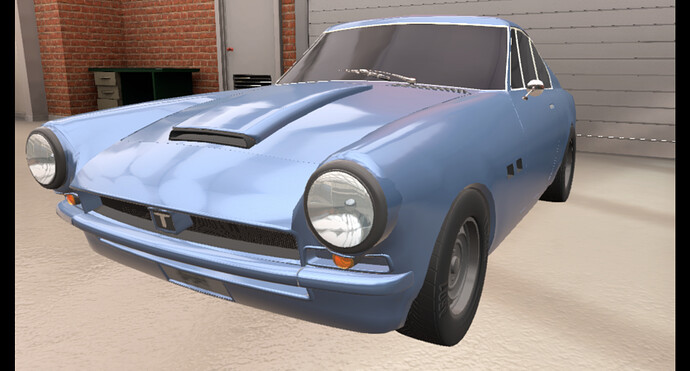 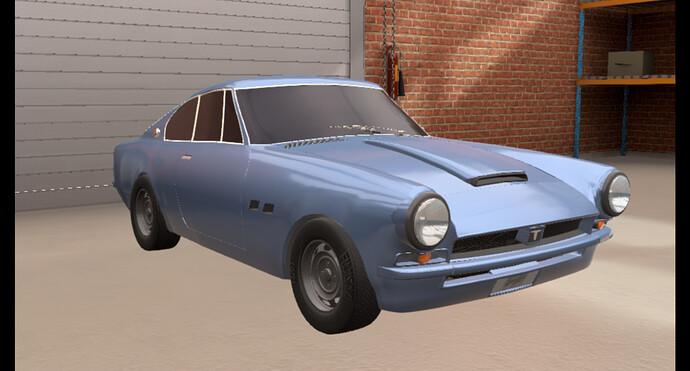 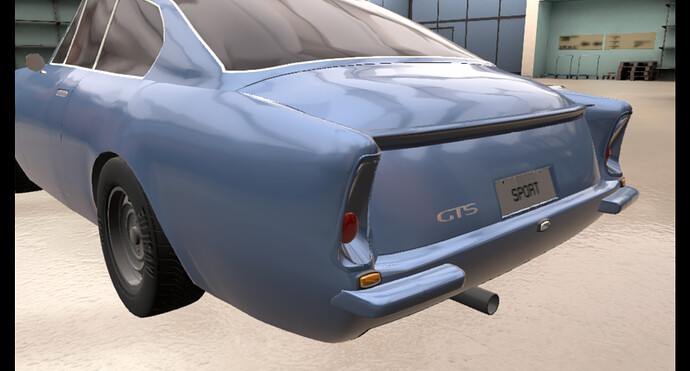 yep, sure is… it’s hard to keep things realistic though, it’s so tempting to make a world beating screamer of a car, no way they would have that kind of money. It’s a shame there are no 2-stroke engines in automation… so many 50s euro cars had them. Also inline 2’s, boxer twins, V4s were popular

During the summer of 1964, Kohl-Larsen traveled to Italy to try and persuade Arpione to supply him with engines for the GTS. During one of countless smoke-filled meetings, Kohl-Larsen was presented with a deal to purchase 400 units of the hot twin cam racing engines, provided they also bought 2000 units of Arpione’s 2-liter V6 engine. This was the 60’s, so these gentlemen were not necessarily smoking tobacco. Kohl-Larsen eagerly signed the deal, not realizing he had not thought of what to use the engines for. The Italian gentlemen promptly drew a napkin sketch of a V6 powered Troll GT, which they proposed would be named the 420 V6. Kohl-Larsen liked the sound of it, and by the time he returned to the Troll Factory, the idea had matured. The Troll engineers worked feverishly and the finished product was presented in late April of 1965, and went on sale a few months later. 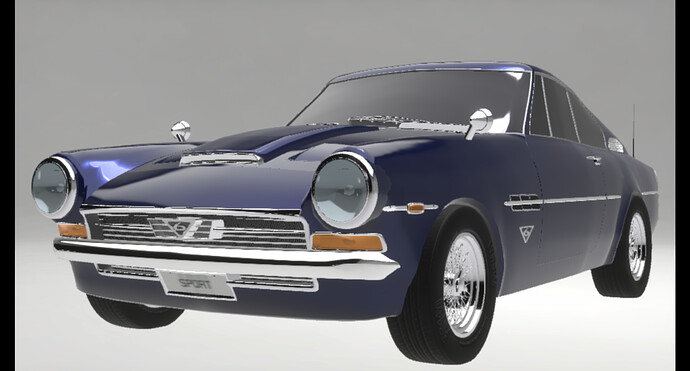 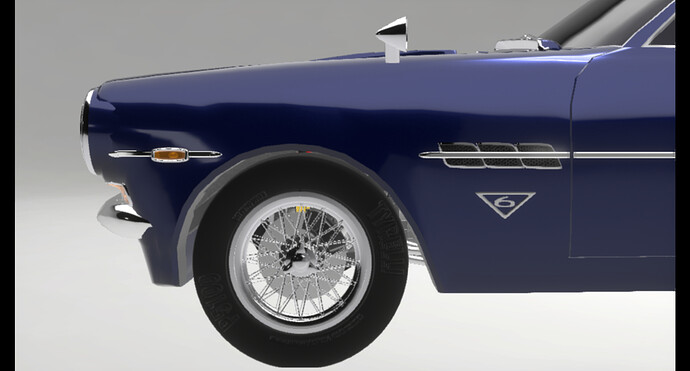 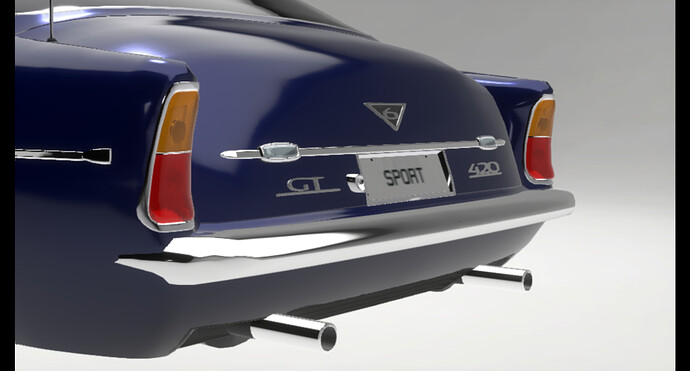 Troll had grown so proud of the fact that their car featured a V6 engine, they made sure everyone knew it. In fact, they replaced all exterior “Troll” badges with “V6” badges (actually a number 6 inside a triangle).

The Arpione V6 was an all-aluminium design with overhead valves and displaced 1991cc. It was an undersquare engine with 72mm bore and 81.5mm stroke. It provided 120 hp and 175 Nm of torque.