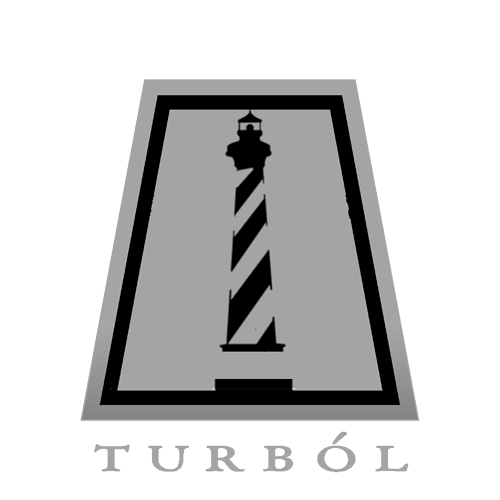 Turból Corporation is a American conglomerate with multple brands under it’s umbrella:

Turból: American luxury and sports car manufacturer, sold globally. Formed by the merger or Turner Vehicle Group and Bolland Trucks, the company originally produced only sports cars and luxury GTs, before expanding into more mainstream premium sporting coupes in the 1960s, luxury sports sedans in the 1980s, and SUVs in the 2000s.

Cabirou: American luxury car manufacturer. Began a partnership with Turból in 1950 with a full merger by 1954. Luxury expertise was utilized in the creation of high-end Turból GT cars, and served as the luxury flagship for the corporation until the increasing stature of Turból would see Cabirou fall to near-luxury. Nameplate would be axed in 2011 following the global economic crisis.

Homura: Small Japanese car manufacturer. Turból purchased a controlling stake in the company in the 1960s, but allowed Homura freedom of engineering due to the unique landscape of the Japanese car market. However, following the oil embargo of the 1970s, Turból began consolidating Homura engineering efforts with those of Turling UK to create global platforms. All Turból Corporation vehicles sold in the Japanese market are sold under the Homura marque, aside from high-end Turból’s, luxury Bolland Trucks, and niche Cabirou imports.

Legion: American arm for low-price full-size cars in the 1950s.

It’s about time. The entire group of carmakers deserves its own thread. The winner of CSR 120 (the Loncil) definitely should be shown here sooner or later.


Lore overhaul in progress. Informaiton to be updated accordingly. 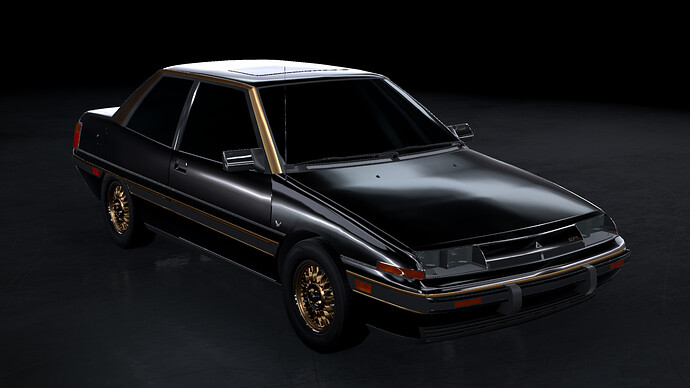 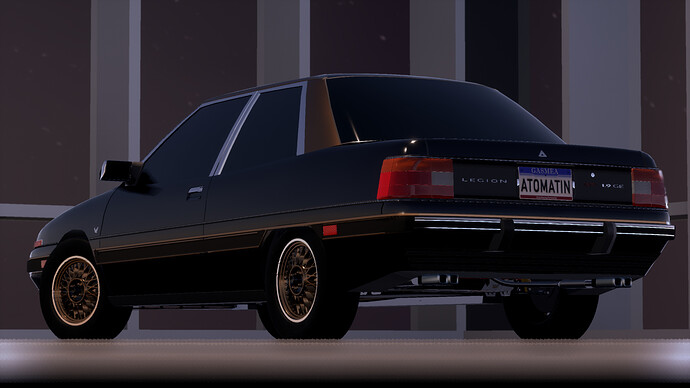 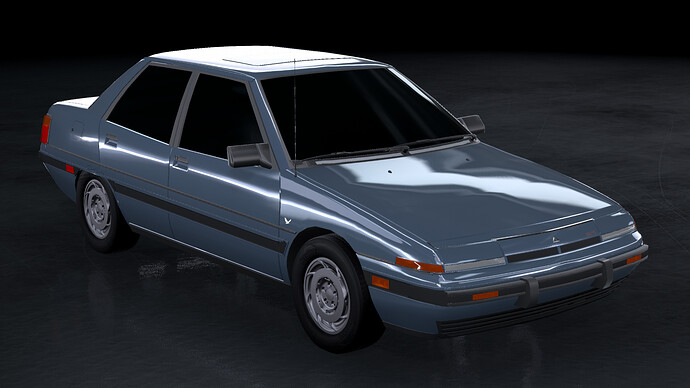 Despite its lack of power, the Legion Gull could still have been useful in Group A competition - as a touring car built for circuit racing. The works team could have found a way to squeeze out some extra grunt from its flat-six to make it competitive against other normally aspirated cars such as the E30 M3, although the all-conquering Sierra Cosworths would have been out of reach for the Gull.

In the wake of the oil crisis, Turból was in a very troubling place. With the entire American car industry in dire straights, the Turból seemed a brand particularly in trouble with a lineup of large, luxury cars with poor fuel mileage and an ageing customer base. Like the rest of the American manufacturers, Turból began downsizing it’s models, but the decision was made to take this opportunity to push the brand in a new direction, with more exciting models that could attract younger buyers, and could, possibly, make successful sales in international markets, where Turból’s reputation was less geriatric.

With power outputs increasingly robbed by the tightening of emissions and fuel economy standards, Turból threw immense money at new engines; all-aluminum, overhead cam V8s. Turból gambled on the light weight of aluminum construction and the improved efficiency of overhead cam heads, with the eventual goal of multi-valve heads as well, to power their new models. The first was a small displacement V8, 4.0 liter.

Showcasing the motor was the 3rd generation Centurion in 1981. Introduced part-way through 1980 as a 1981 model, the mk3 Centurion was l downsized considerably, with a 3" reduction in wheelbase and more than a foot shorter in overall length (for coupes, sedans were longer.) It was also considerably lighter and better handling, with more modern monocoque construction, and McPherson struts front and double wishbone independent rear suspension. It featured Turból’s new corporate design language: crisp, geometric, and aerodynamic with a pointed nose. It’s wide, boxy fender flares were inspired by those of contemporary IMSA GT racecars and similar silhouette series found around the world. 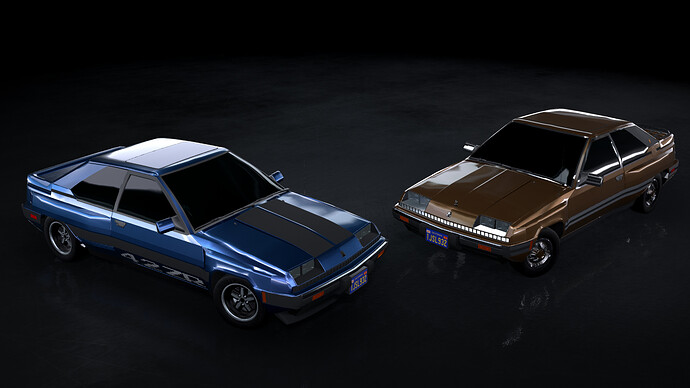 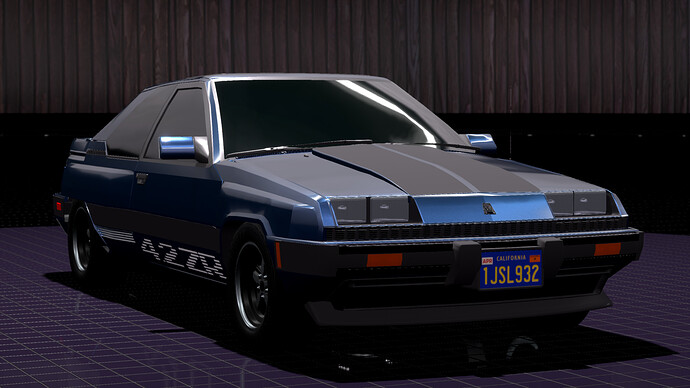 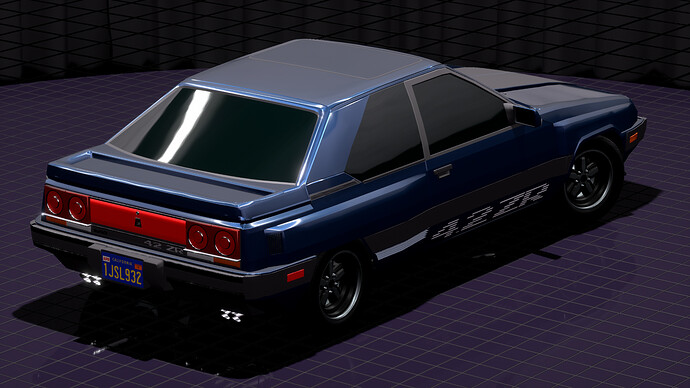 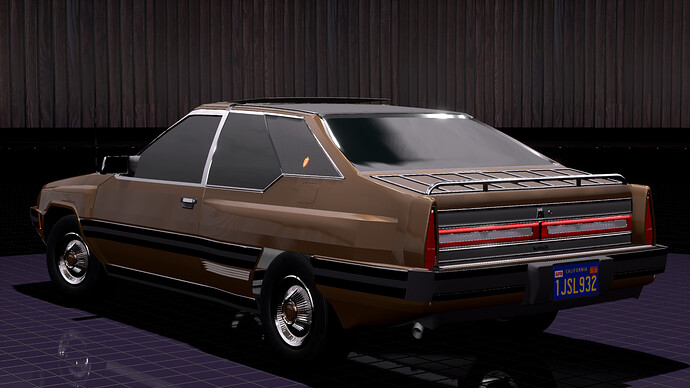 In 1982, the 3 valve per cylinder version was introduced. It became the flagship performance engine of the Centurion line, and provided Turból with a strong basis to compete in newly adopted Group A regulations in various touring car series. 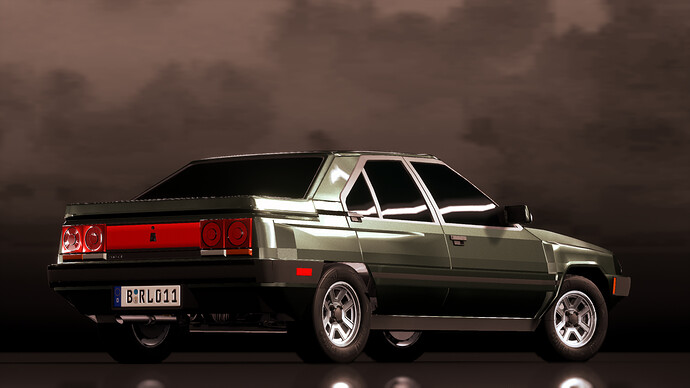 The Centurion received a minor facelift in 1985, with larger, fender-mounted turn signals, and more integrated, body-color bumpers. The big news, however, was the introduction of optional multi-point fuel injection. The 4 speed manual was replaced by a 5 speed. The ZR model received a few tweaks to improve it’s Group A competitiveness; improved performance from the 4 liter, 24 valve V8 thanks to the new fuel injection and forged internals, (234 hp in US-spec street trim, 248 hp in Europe), functional brake cooling ducts with ventilated front rotors and 2-piston from calipers, and a larger, adjustable element on the rear spoiler. 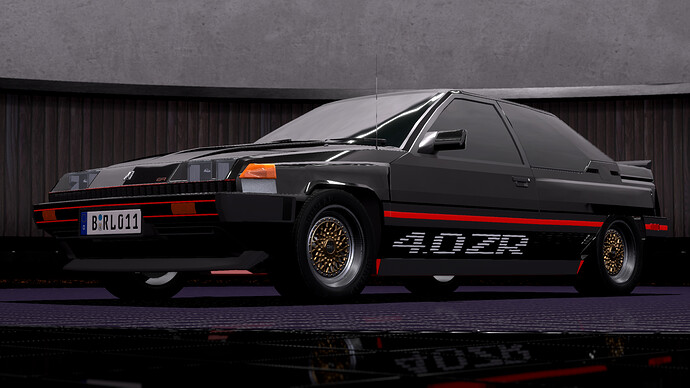 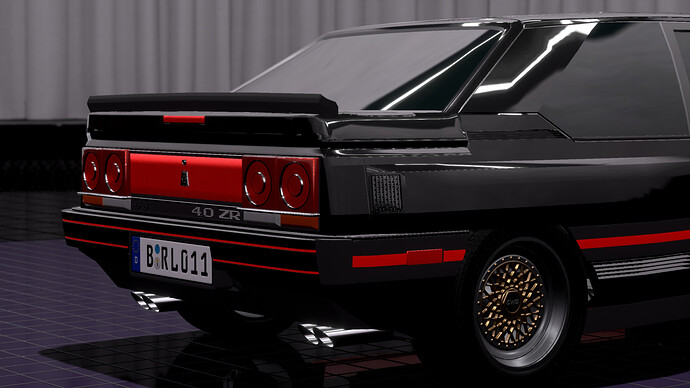 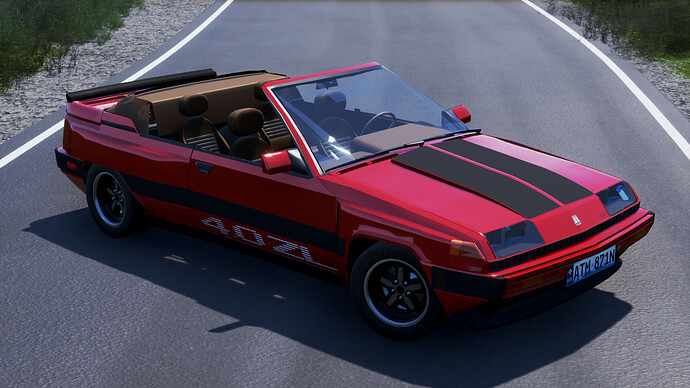 With the 24v 4.0 liter V8 introduced in 1982, Turból was quick to homologate the more powerful engine in the 4.0 ZR Coupe for the FIA’s brand new Group A. The boxy flares provided plenty of space for the wide tires allowed in the 4,000 cc class, and the compact aluminum V8 kept weight distribution solid. The 1985 update brought welcome improvements with a better gearbox, better braking, a more effective rear spoiler, and more power, which helped the Turból remain competitive. 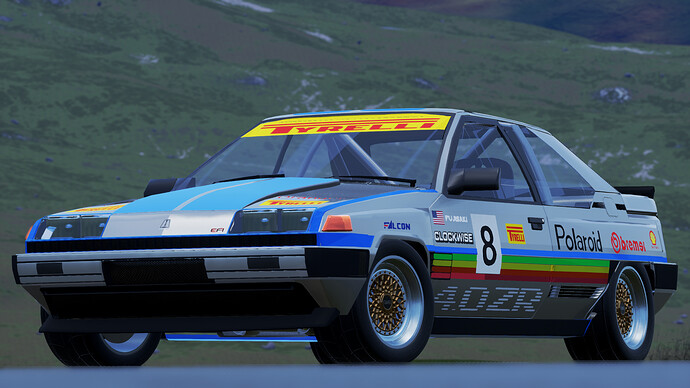 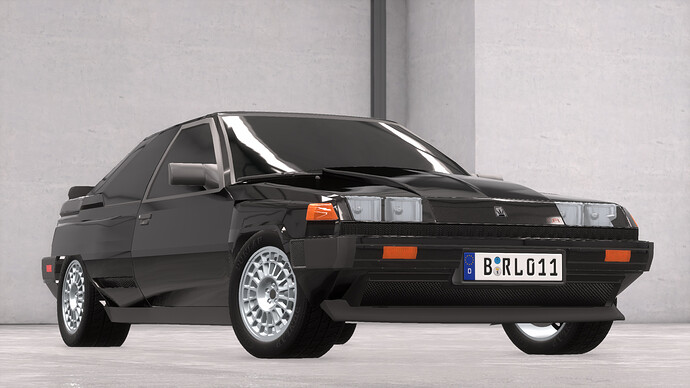 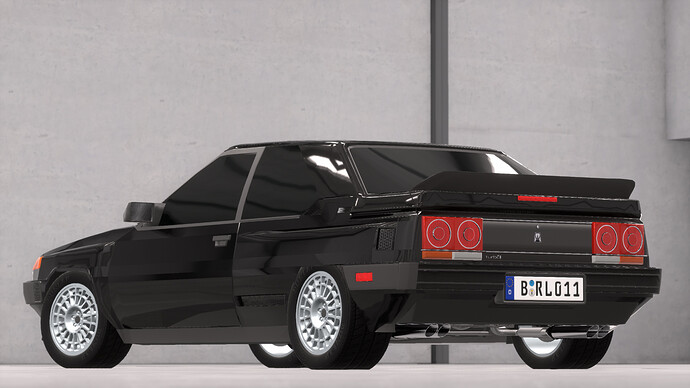 More to come later, but I want to add another comment in here so that the thread isn’t bumped everytime I update that timeline post.