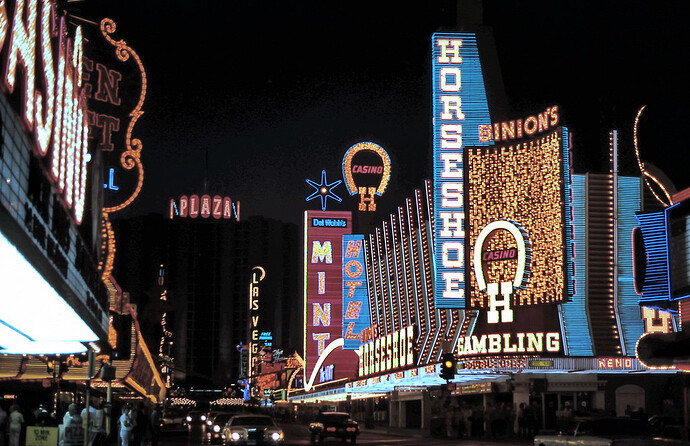 An American “compact” or “subcompact” from 1974-1976 (trim year). (If you don’t have an American brand in your lore to work with, don’t worry. Just get the style right and you’re good.)

There are two direction you can go here. For an American “subcompact.” I’d expect a wheelbase of 2.4-2.6m, and an overall length of 4.1-4.5m. They should be 2 door coupes, 3 door hatchbacks, or 3 door short wagons. I expect these on a monocoque chassis.

For all entries, I am serious about looking for low-tech period correctness. It is the most important factor in this challenge. RWD with solid rear axles. Rear coils are acceptable, but rear leafs were the norm. Disc brakes would only be found on higher trimmed and larger engines cars. No engines should have fuel injection, or more than 2 valves per cylinder. OHC is acceptable on inline engines, but pushrod was still the norm. V engines should definitely be pushrod. Engines should run on 91 RON and should have 2-way cats. Transmissions should be 3 or 4 speed manuals or 3 speed automatics. Please do some research; I’ve tried to cover here some of the things I expect I will see if I don’t specify, but if you aren’t sure about something, start googling, or if you really can’t find something, ask me, but I will be vague in my response as I don’t want to completely tell you what to build.

Just as important is the vehicle’s appearance. Really try to capture the mid 70s. The compacts are fairly traditional in appearance, but the subcompacts are more quirky, and you can take more liberties when designing one of those. And with either type, I wanna see realistically big impact bumpers. The aesthetic is a primary deciding factor in this competition. Don’t feel the need to go after just the BROWN malaise aesthetic; keep in mind other forms of cheesy 70s trims like faux performance packages, cross-promotional trims, and bicentennial themed trims.

Please use radial tires. Although many of these vehicles would have had bias-plys, Automation’s limitations on bias-ply tire sizes can be a hindrance, so in the sake of simplicity and fairness, just stick to radials. 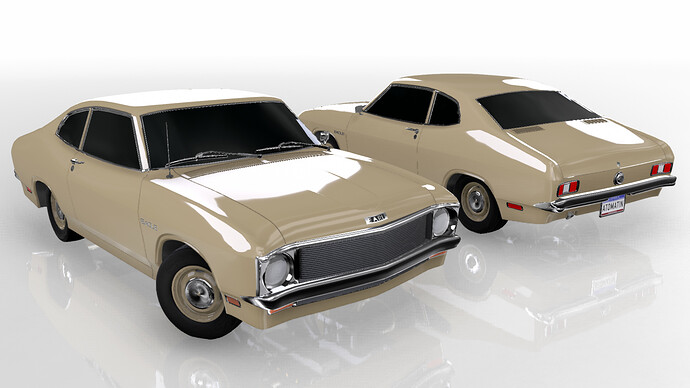 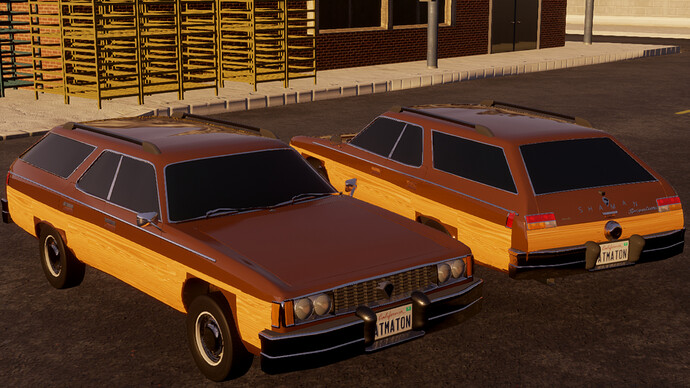 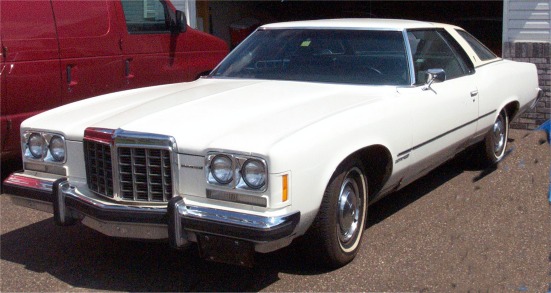 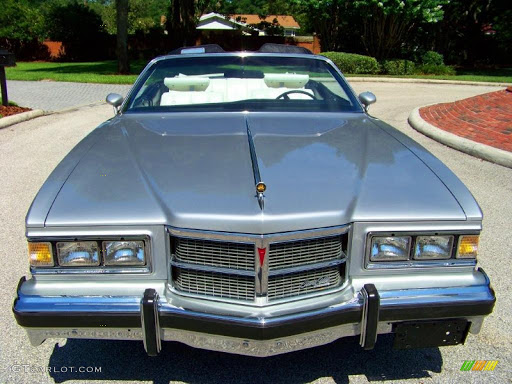 How about three shades of brown AND wood grain? 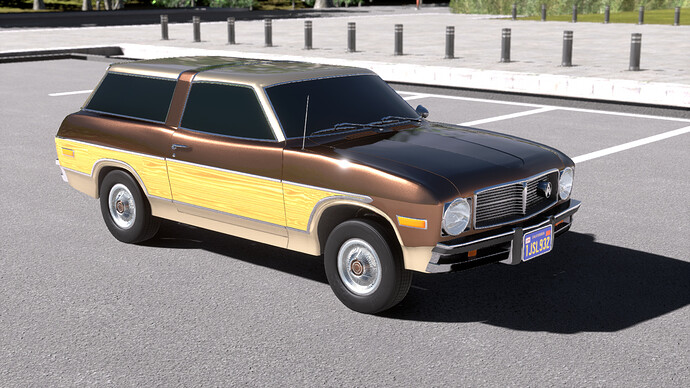 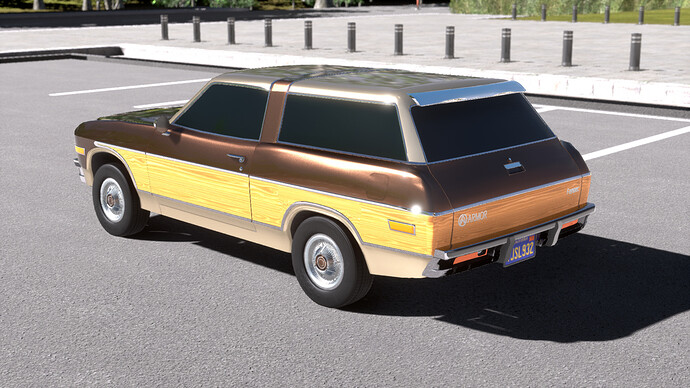