Today i’ve made this:

It’s a table with the unlock date of everything in car and engine builder (with 0 tech, like the sandbox mode)

Hope you can find it useful; if there’re errors send me a PM.

Awesome! Thanks and Merry Christmas to you!

Much obliged, thank you! And Merry Christmas!

There was such thread already, but it was soooo outdated.

Edit: AWD unlock year depends on engine placement. With mid longitudinal engine it unlocks in 1985, not 1981. And production limitations would be a nice addition - for example aluminium in the beginning is a “no mass production” material, later it becomes “limited production” and in the modern years there are no limitations. But it’s quite useful anyway

I haven’t added limitations because there are soo many of them (first of all, if you choose Ladder Chassis, you can only make it in steel).
If someone want to add anything (es. in the other colums of the spreadshet), just do it, and share it here

Yes, i know, drive type and engine placement is not so accurate, i don’t know if there is an unlock date for everything or it depends on the body type (es. i haven’t find any mid engine body until 1965); today i had no time for investigate further, maybe in the next days i’ll made it more accurate.

Mid engine isn’t compatible with ladder chassis, so as long as monocoque or space frame is available it’s possible. 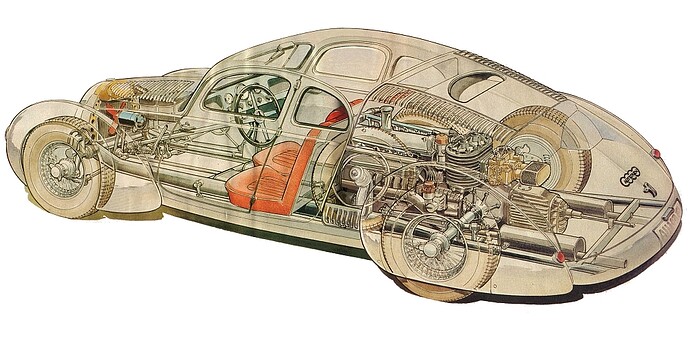 Wat is that!? V12 with a supercharger

And yes, WE ALL NEED IT

reading through it i noticed something, under driver assists, apparently there is Lunch control in 2011, wonder what it does

Adaptive cupholders are part of the package. They have servos keeping your drinks upright at all times and dampening bumps to avoid spillage. Rumour has it there’s also a pop out food tray included.

Prevents the driver or passengers from throwing up their lunch, too

I’ve changed the mistake, (the missed a) but i want ask killrob if we are gonna be able to add lunch and dinner control in game, it’s a pretty good idea, specialy on fast accelerating cars, i don’t want my pizza all over my face.

That looks like a ladder chassis to me. Why would mid engine not be compatible with ladders? 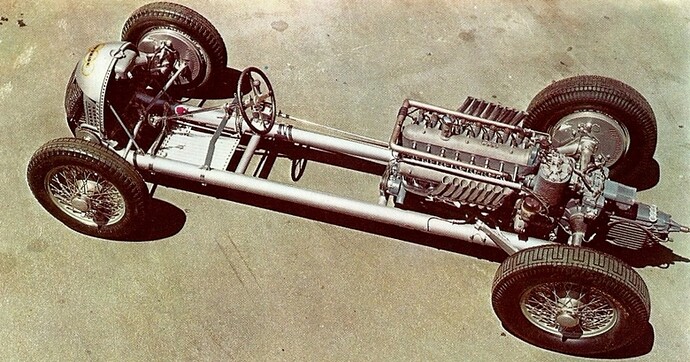 Oh well. @Darkshine5 you were wrong - it’s not a supercharged V12, IT’S A SUPERCHARGED V16!

######which could be expected from Auto Union, but still, it’s insane and awesome

Give it to me now!!! Early tube chassis v16 blown and injected engine in the back…its a very very very early funnycar dragster

It’s happened IRL, but it’s not possible to do in the game. Any car with the possibility of a mid engine doesn’t have ladder chassis available.

Lets hope this changes in the next couple of updates, maybe at the same time as V16’s enter the game. 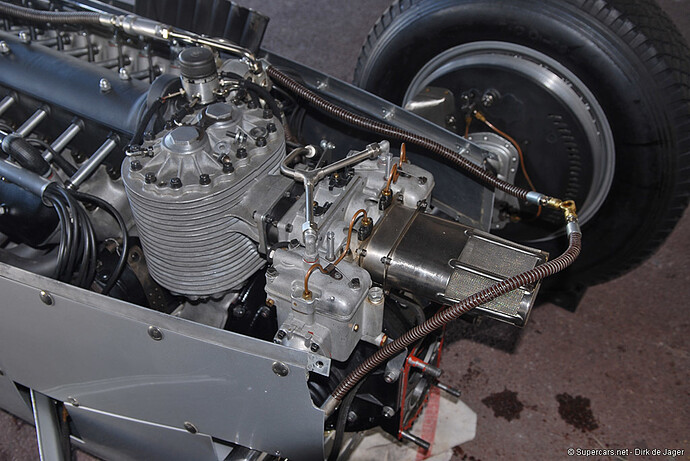 hmmm it seems I have mistaken the spark plug lead covers for fuel rails my bad…that blower but that is unique time to google and looks to be a two barrel carb?

Oh and one supercharger not enough try two