Vernon Automotive , Founded from One man’s misfortune in 1949 in a effort to overtake the American Luxury market, to another mans Fortune. in 1948 John Patrice The 3rd, a big time Chairman for Sliverman sachs , is blunt and always straight to the point Firing interns left and right, Decided to Resign in the following month of January at age 48 for various health reasons. His Nephew, Hallond Porter, Took over the Chairman seat Until he Himself had to step down over a Ongoing Security Business Scandal dating from January 2nd, 1949. To This point, John and Hall’s relationship were nothing more than average pub goers, but now, They have one Monumental goal in mind. John Himself was a very avid car fanatic, having owned Sliver yorks. He enjoyed the visceral feel from driving the 49S and the hand stitched embroidered seats from The Silver York but was always craving for something more. Hallond was on the other side of the Spectrum when it came to cars. He never really focused greatly on them like his uncle did, Saw them Only as Machines that get you from A to B. But His One and Only Silver Lining was Silver York’s Mythical Rouge Teliotita. He Knew it was something, even he, a Wealthy Business man couldnt afford. Hal was the more bissness savvy when it came to the the Art of deals while his Uncle was very forward thinking, unpredictable and even a bit eccentric at times but his mind was always in the right place. On one, cool, humid summer day on the date of May 2nd, 1949, John Patrice now 49, and his only nephew, Hallond Porter, Now 35, had a closed to the public Investor meeting so John Patrice could pitch his ideas an thoughts while Hal handled the Financial Dealings. His Grand Vision was to enter a Competitor with The Quality and Luxury on par with Silver yorks, With the Lengendary reliability of a Earl E15 Workman. The Secret Investors agreed to fund the project for 200 million as long as they meant the 40000 car sold the first year threshold. So in the Late summer month of July, John got to work on Initial Test Drawings for The Talisman 1 while Hal got to work on the marketing to Build up hype for the Concept car. On The Cool fall Day of August 2nd The First of the Early Preduction Vernons hit reviewers hands. Then finally, after a one month delay to get the engine factory up and running, The Production of Vernon’s First car, The 1949 talisman started on November 7th at a Advertised MSRP of 1930.70. 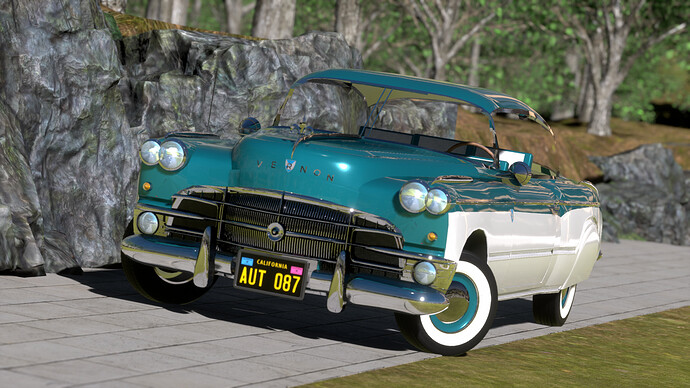 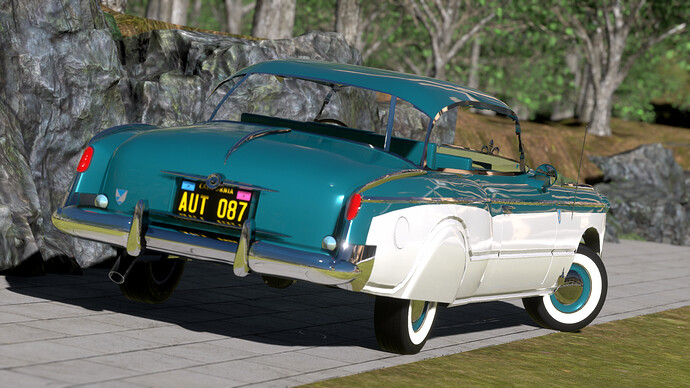 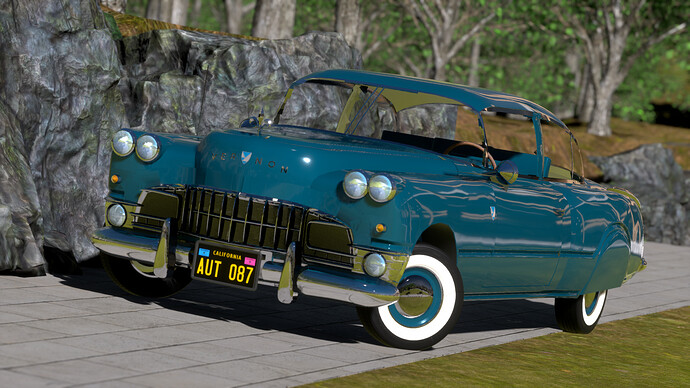 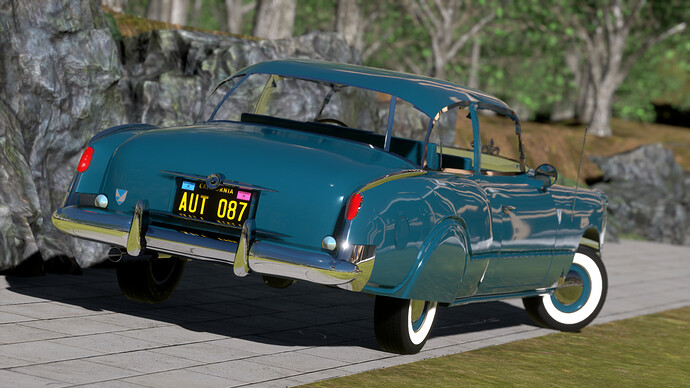 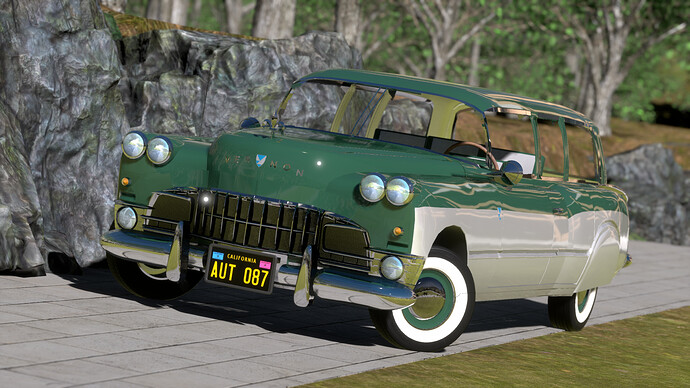 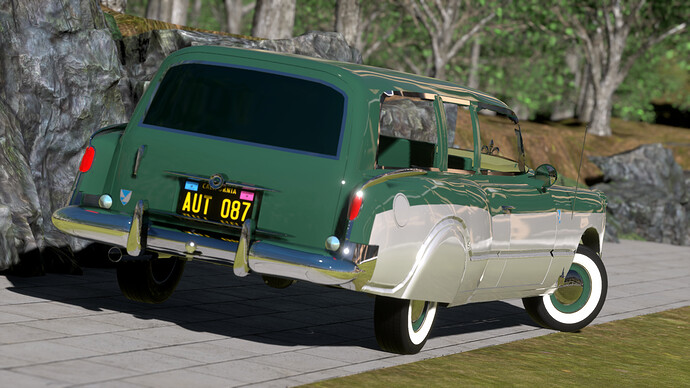 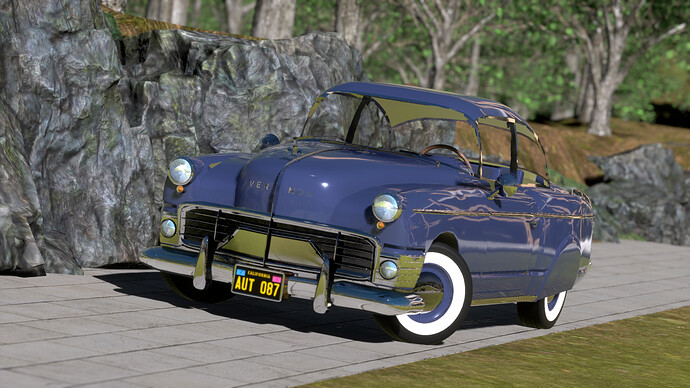 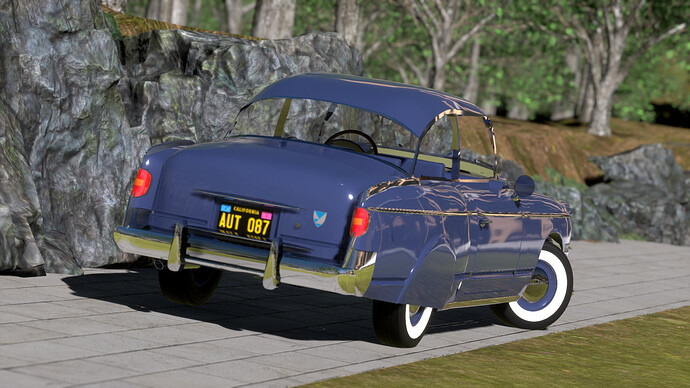 The early Vernons definitely look the part, and while they’re a long way from being muscle cars, they’re not short of grunt either. 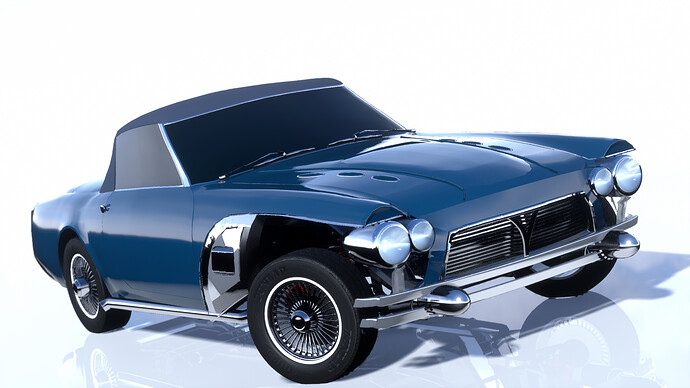 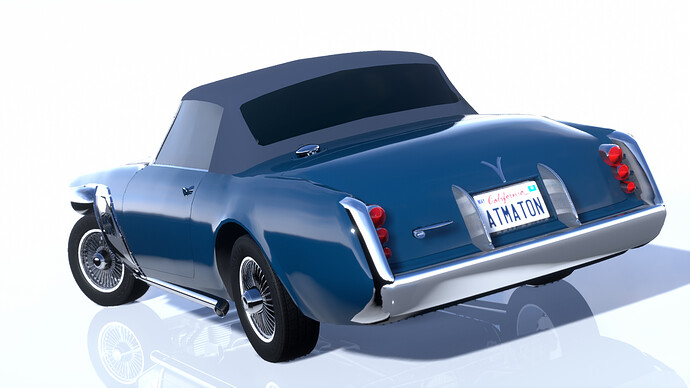 Photo61920×1080 373 KB
A Secret Pet Project For John Patrice, He want something to blow the Doors off of Anything Sliver York And Savant Had to offer at the time. It took John 5 All Nighters to come up with the futuristic Design. The Interior was made from Hand Stitched leather Dyed Midnight Blue, And Mixture of Cloth. The Chassis Was a Special, Alumnium Expriemental Fibreglass mix That has 50% more Rigidity,30% more Sound deafening without there being a penalty to the the weight. The 5.4L OHV 2v V8 was Carried over from The Talisman but heavily redesigned from the Ground up. The Internals Went from Cast to Forged, While The Fueling Went from Carbs to Injection. The New and improved engine was rated for 230hp at 4700rpm and 330ft-lbs at 3500rpm. Even after all The preperations and development, 3 were made for rigorous testing. The 0-60 is under 7 secs while the topspeed was rumored to be over a excess of 170mph. The 3 Test models were manufactured in 1954 but Changed hands in 1956 for a Undisclosed amount of cash.
3 Likes
micz244 29 April 2020 03:07 #9 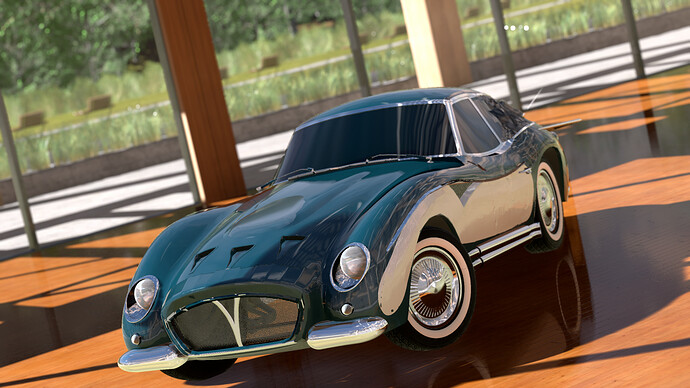 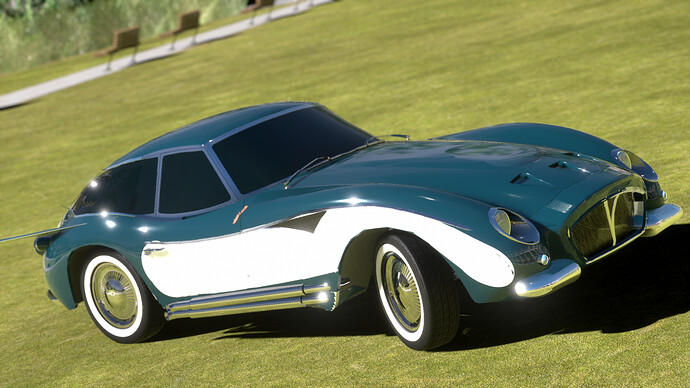 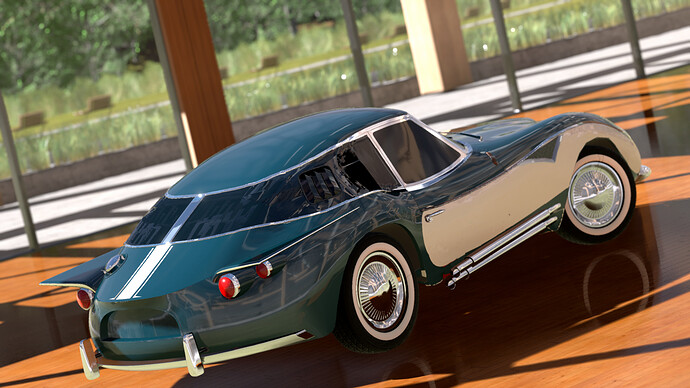 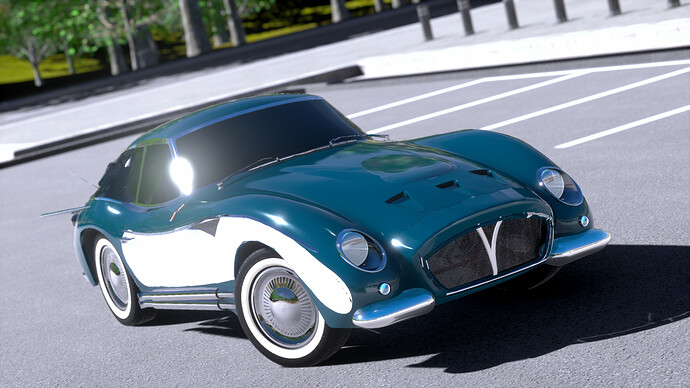 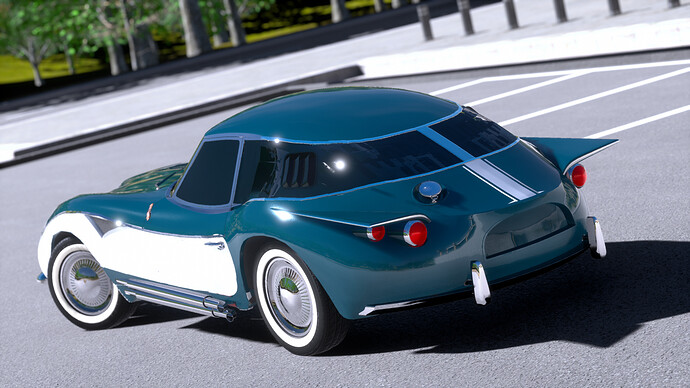 Photo151920×1080 661 KB
In June 1954, John Patrice took a second swing at the Luxury Gran tourer market, Since His Orginial Car the Americana Went up in smoke. Knowing he Couldnt take on This monumental Edevour Himself, He got in touch with his Co- Owner Hallond Porter, who at this time up to this point was very mysterious and very Unknown. Once In Tune with the Great Italian Design Houses, John Got to work on the Designing and Proposal process Which took him the entirety of 6 Months. THe final Production version was intended to have a Experimental OHV 2v V12 based off of the Firepower 53 Series V8 which Used a Second Block with two Clyinders Cut off, but Instead Opted for A more conventional V8. The First and Only Production Version of the car was Assembled by a Italian Coach Builder, Than Shipped to The USA. The Blue-Fin was Supposed to be Reavealed in December but do to Electrical and Body Chassis Issues It never Came to be.
5 Likes