Hi!
I make this trend to share you my creations since I came back playing the game recently!
I was not there last year because I was bored by the game, after 2000 hours of it.
But now I want to play automation again, so let’s go!

For those who knows: I won’t give up Olsson, I just wait the inspiration for it and the necessary mods to make it!

VF is a fictive company inspired by VAG group cars (mostly VW and Audi). It’s a German-like company in the Fruinian country, at least an equivalent. (Admitting Fruinia is meant to be Europe if I’m not mistaken?)
I will probably share engines and chassis with Olsson for Lore purpose later, I don’t know yet!

Nice! What are VF Group’s subbrands?

For now there is just VF, I’ll see in the future for other brands from the group.
There will probably be Olsson

Not a bad start, and a solid base for the higher-spec trims that will be shown here later on.

Hi!
I have a lot of trouble since I’m playing in openalpha, the most annoying is that when I modify a trim it modifies every others trims. After making the high end trim 3 times because the game constantly replaced it with the facelift modification I made on another trim, I gave up for the pre-facelifted one. So let’s go for the GT and the GTi! The other trim will come with the presentation of the 1996 facelift! 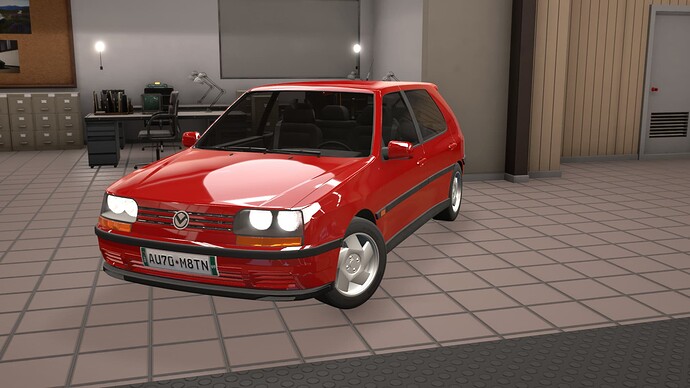 The GT version came out in 1993, just a year after the model was available.
It’s not a proper sportscar, nor made by the Performance Department of VF, but it’s a fancier trim, with a sporty look and 115 hp from the same engine base: 8v SOHC I4 of 1.8L.
The suspensions also have a stiffer tune but not a lot more. 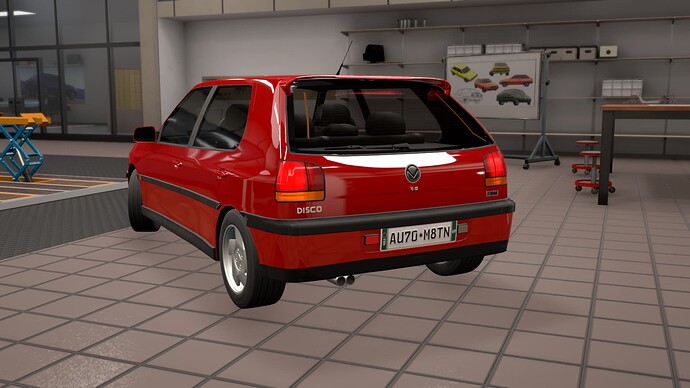 The GT trim also have more options, as the alloy wheels, double exhaust, and a light bumper kit which gives a fancier look. There is also, a roof spoiler electric front windows, CD player (the base trim only have radio) and a fancier tissue interior. 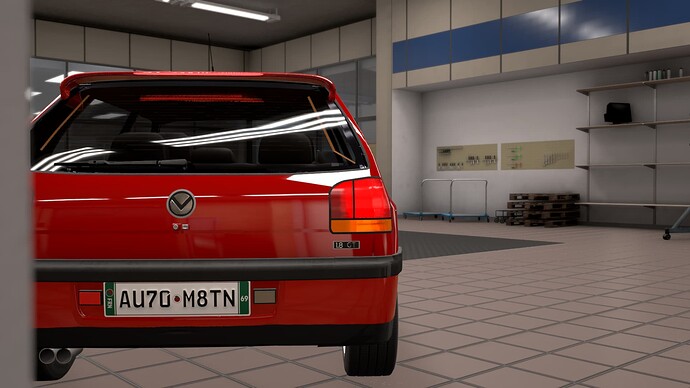 Overall, the GT is a great compromise for people who couldn’t afford the GTi but wanted a Disco with a sporty look and more power. And it was also made to make the customers wait for the true GTi that came up the next year.

The GTi is probably comming in a few hours, or tomorrow if I played smash bros too much!

Welcome back! A nice comeback too, indeed. 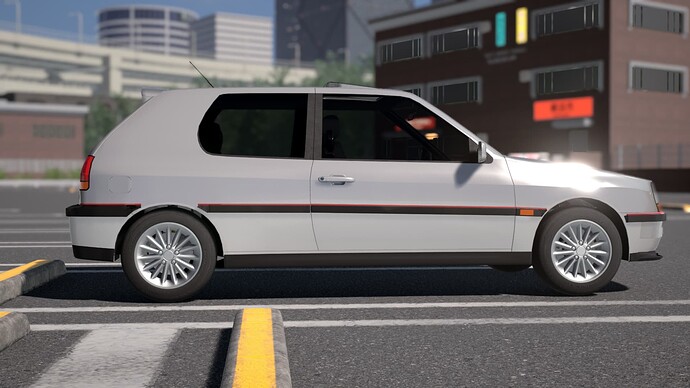 The GTi was the most awaited trim of this gen of Disco. It first came out with a 2.0L i4 16v of 153 hp.
Unlike the GT, it was made by the Performance Department of VF. It has wider fenders, better tires, stiffer suspension tuning, a better weight optimisation and a special GTi finish all around and inside. 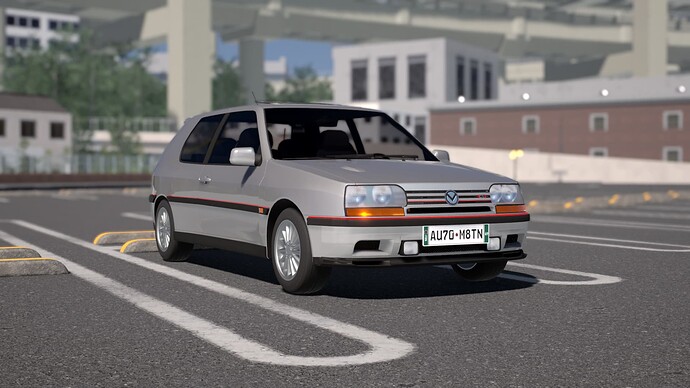 The GTi was capable of 230km/h at topspeed, and to execute the 0-100km/h in less than 8sec. The peak of performance of the GTi also has a cost: it’s around 200$ more service cost than the GT. 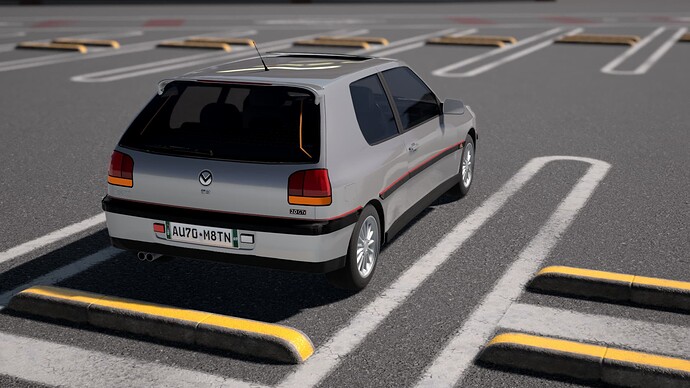 Yes!
I plan to make wagon and a convertible

Hey, some news: I lost my job and all a few monthes ago, and I didn’t want to play anymore. I’m sorry not to tell anyone, but I’m having hard times like this IRL, since few years and it’s complicated for me to find the will to play automation.
I hope you all are fine, I’m downloading the game again because I want to continue this company and the others too.

I hope things start to look up for you SOON bro!! In the meantime imma put some good juju in the universe for you 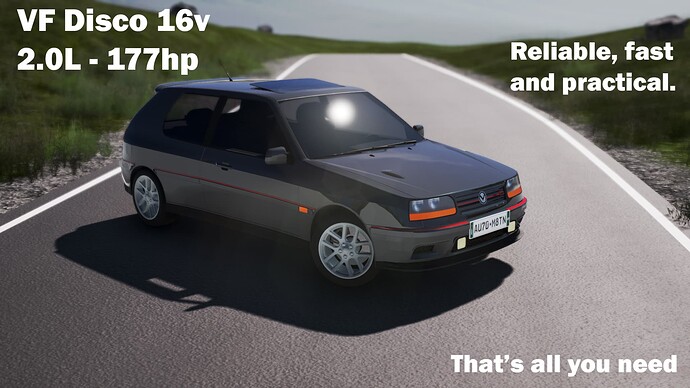 In 1996 the Disco had a facelift.
The major improvment was on the GTI trim, the 2.0L 16v gained 24HP and a stiffer suspension tuning, and for the same weight.
Today, for these reasons the facelifted version is more expensive on the second-hand market. 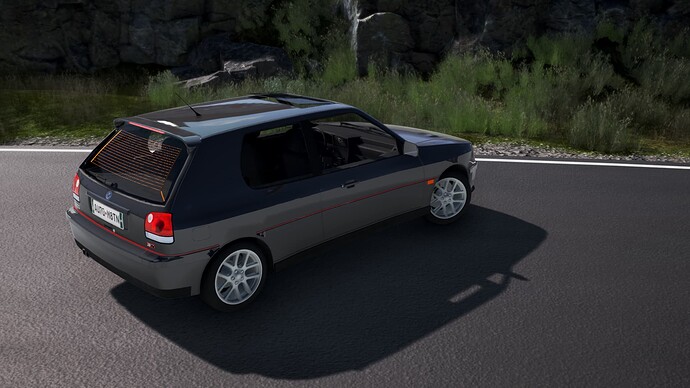 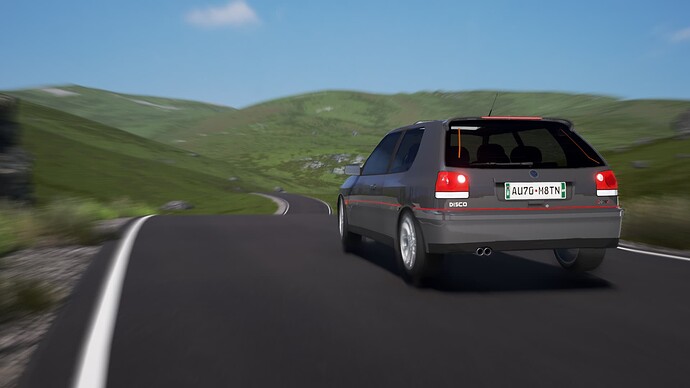 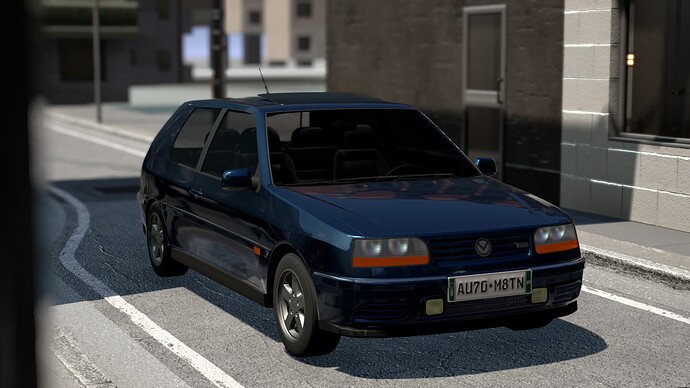 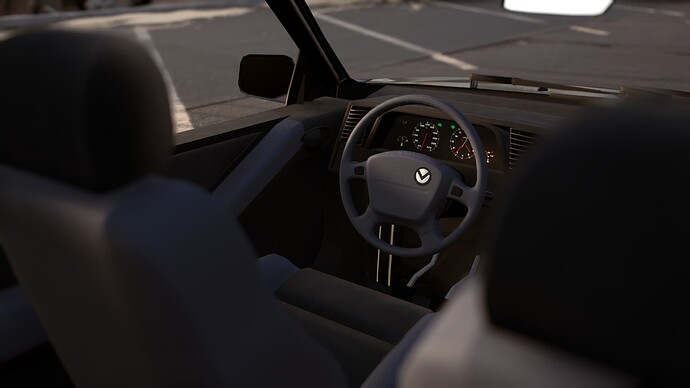 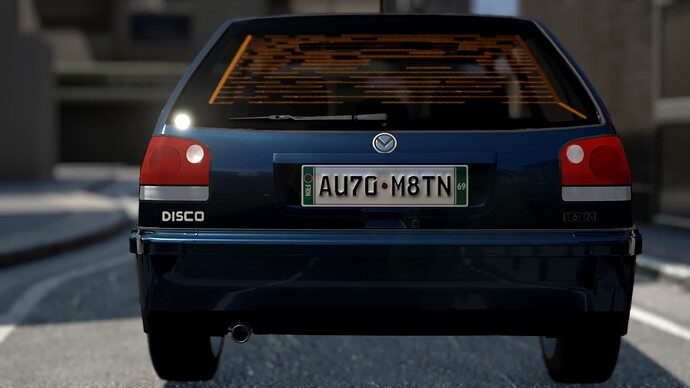 The Flash is the high end trim before the GTI, it has full options available, like the air conditioner, leather interior, alloy wheels, electric windows front and rear… 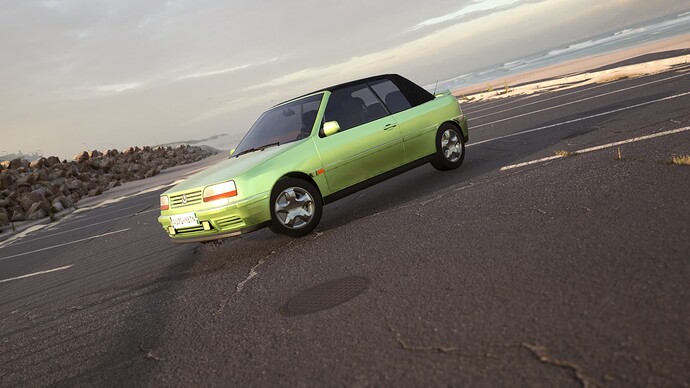 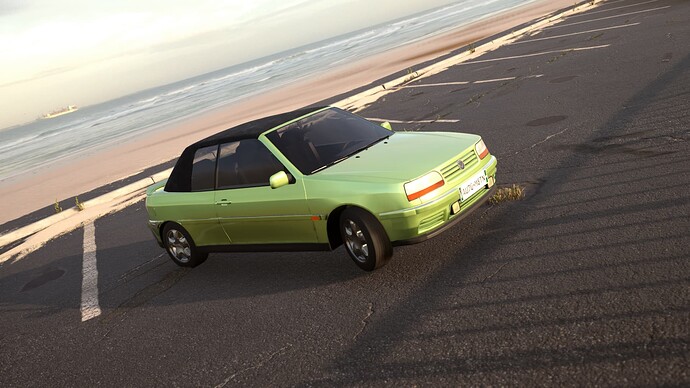 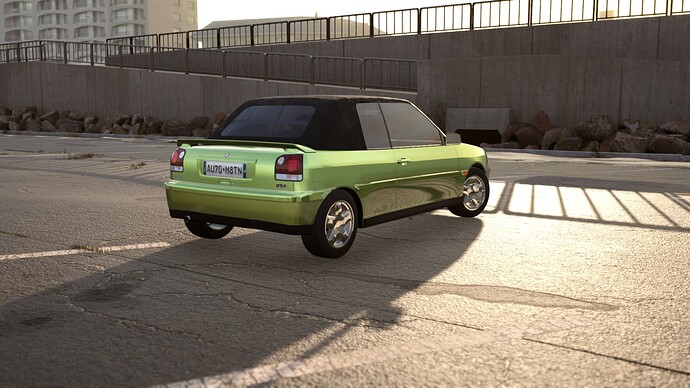 The '96 Facelift had a new trim: the Flip Top.
It’s the convertible version of the Disco. It has the same engine and options as the Flash trim.
The convertible was 140kg heavier than the normal Disco and the 1.6L 12v was the most powerful engine it has. 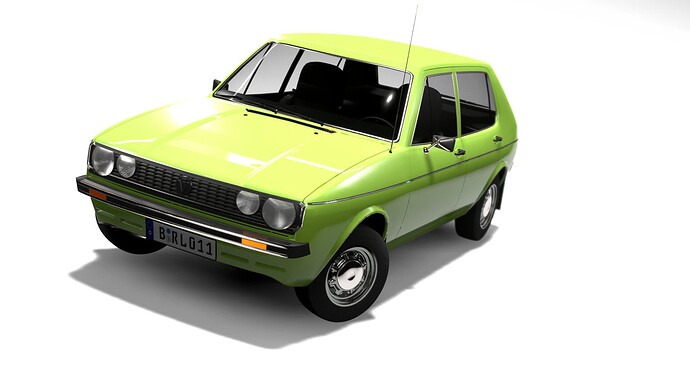 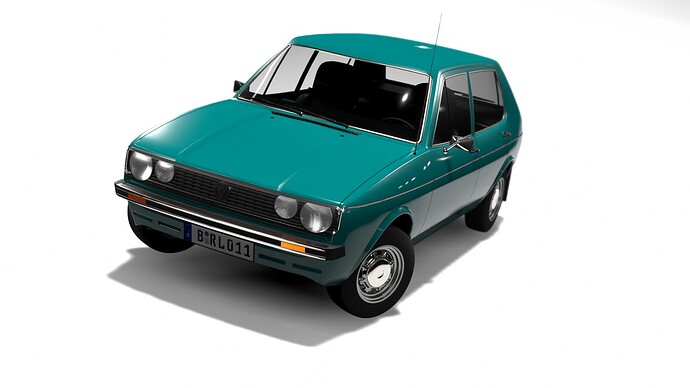 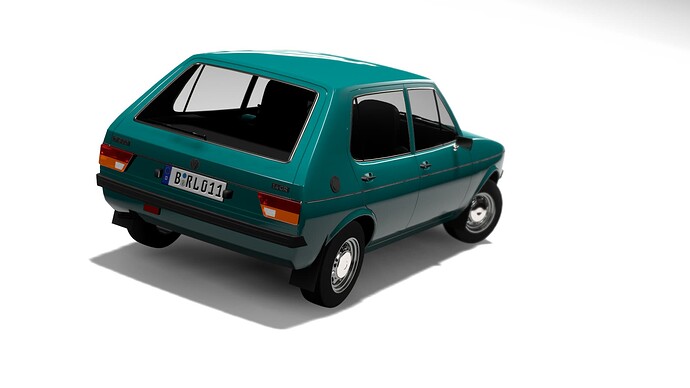 The specifications were to make a car for young people, with a cool design, a little bit of comfort for the hatch standards of the 70’s, and a fuel eco of an average 6.5L/100kms, which was welcomed the year of the oil crisis.
Even if comfort was something to consider, the interior is basic, basic radio, no power steering… Because the car has to be cheap overall. 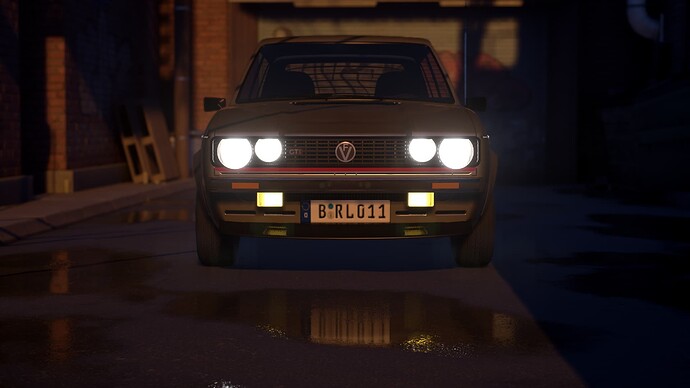 After the success of the Disco, the next year VF decided to make a sports version of the already popular Hot Hatch of the company.
The idea was simple: give it a powerful injection engine (everything is relative) a contained weight, and visual details that screams it’s a sports car.
And VF did it, they their new 1.7L inline 4 producing 115hp for 860kg with a stiffer suspension setting.
It was a high end trim of the Disco so they put a sport steering wheel with semi-bucket seats on the front, with a special tissu all inside. 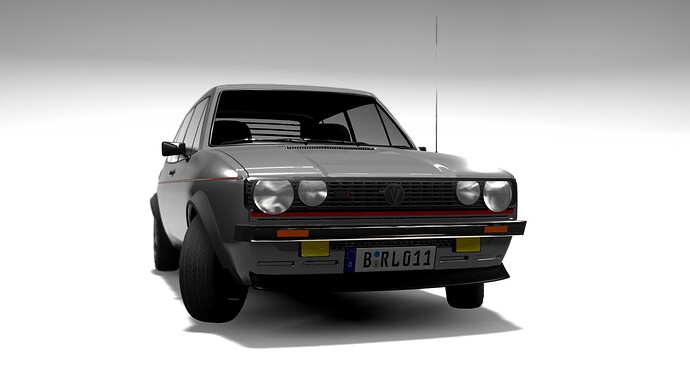 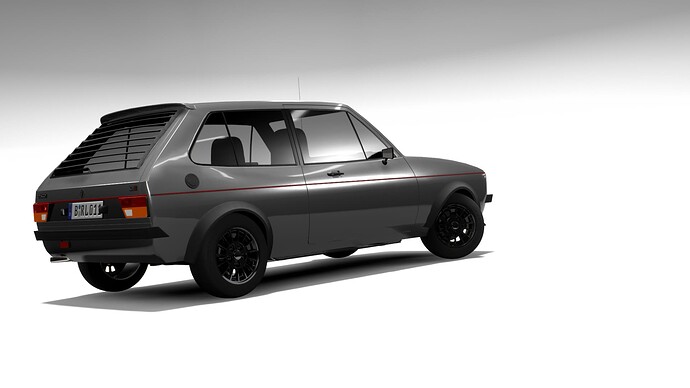