###Small Tidbits
Major Plant in the south of Maine, USA, small overseas plant in northern France (Produces only Race/Track cars)
Built from an old Tractor Factory, and the original factory still stands to this day.
The entire Maine plant has minimal Human Input or Interaction, with 95% of work being completed by Robots.

###Motorsports
Vinson dynamics has had runs and cars in various sporting series over the years. Most recently was a run in the ATCC, using a tuned Solo Beaver SSM. The team had a less than hopeful outing. Most famously, was their run in the 1986 World Rally Championship, where they took 2nd in class, using a Mk4 Stryder. Current motorsports include GP2, SuperGT (GT500 class), WEC (LMGTE-pro), and V8 Supercars.

###Cars to follow, at a later date, along with the entire history.

Name inspired by Volkswagen at all? Lol 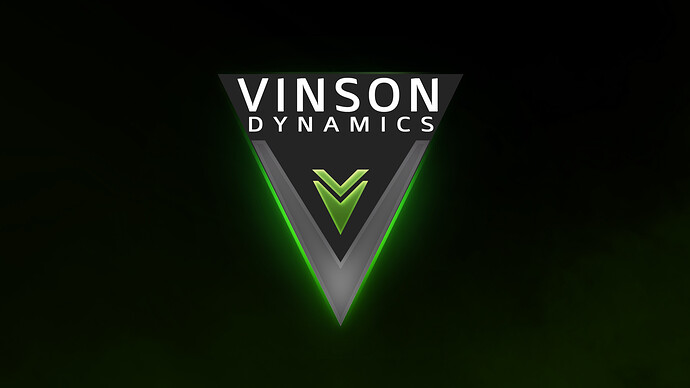 “We have shied from Autoshows for 10 years, but we have finally resurfaced, not too far from Home base, up in Portland.” A woman walks onto the stage, wearing a black robe, so only her face is visible, however it doesn’t seem to move. “We started back in 1953, with the Original Pilot. A rather strange use of the American ideas. We put a V8 into a Mid-range model, and sold it for nothing. The Car sold enough for us to survive.”

A Generation 1 Pilot rolls onto the stage.

“Now, we don’t have a new pilot to show, that was released last year. Instead, we have the Concept for the New Ogre and Atlas platform, and the new 1MR trim of the Specter.”

“Now, we are pleased to present the new Vinson Dynamics Ogre-Atlas Concept. This is an initial design. Things will change. The Design is nothing more than a test platform for a new headlight and taillight designs, and will not move to any production models.”

“With a hefty 450hp V8, mounted to a 6 speed manual 4x4 system, This is a loadbearing, and work truck. This engine may or may not make it into the Production model. There is also going to be an SUV-based model, using the same Rugged underpinnings, which will be the new Atlas model. The two will look identical, with pre-production concepts to come soon.”

“For our final item, we show the all new One Make Racing Package for the Specter. This has quite a few visual changes from standard, including new headlight housings, the removal of the main grill, the added vents and moved exhausts, and the removal of the Indicators and Reverse lights.”

“This will be available for any team to purchase, and is only eligible for the Vinson Specter One Make series, which have series on each continent. With a 251hp, 2.3L V6 at it’s core, but weighing only 851kg dry, this Fully carbon machine is made for competition racing.”

“I have been Ash, Chief Operations Officer and head of the Board. We at Vinson Dynamics thank you for your arrival here.”

Maybe a bit of fitting music.

“Ladies and Gentlemen of Antiyita, my name is Ash Vinson, CEO of Vinson Dynamics. I am pleased to present to you three vehicles. Two were teased on our social medias, the Update to the Gen 6 Pilot, and the ‘Ferrari Killer Wagon.’”

Ash moves off toward the side of the stage, as a covered car is wheeled onto the stage

“We present to you this years Concept. A mash of ideas and insanity. With a top speed of 385km/h, this wagon has a higher top-speed than every Ferrari in current production. We present to you, the Devotion Concept.”

The Cover is removed from the car, revealing the Devotion wagon

“The Vinson Dynamics X-55 Devotion Sportback Concept. 835hp V12. 7.0L in size. Naturally Aspirated. We made this to see the true limits of a Wagon. We gave the R&D department a blank cheque. They came back with this. Our Test driver, Viper, has said that this is the most mental wagon he’s driven. We welcome press staff to take the Devotion for a test drive. The design of this model also showcases the basis for our new designs. A theme you will see with the next two cars.”

“Next, we have the Facelift of the Generation 6 Pilot. The model we are showing here is the HyE6, the Hybrid model of the Pilot. Boasting a fuel economy of 7L/100km, and an extremely low emissions rating, the new HyE6 is a premium contender for the Hybrid markets. A possible Electric version is in the Works.”

“We Finish our presentation with a car we never mentioned. The new Stryder ARES. The ARES is the Final new spec being added to the Stryder line-up, before it’s end in 2019. However, all models are getting the New Language Facelift. The ARES is a Turbo Charged Inline 4, mounted to an AWD system. all 250hp goes to all wheels, allowing for some rather fun times.”

“The ARES is the Specially tuned version of the SN-T model, adding a more sporty interior, and build. The ARES goes on sale in Q3 of this year, for US$30,000 locally adjusted.”

“Thank you all for your time. We hope you’ve had a wonderful time here in Antiyita, and have enjoyed everyone Else’s presentations. I have been Ash Vinson, and I thank you all.”

###LG-97 Thunderbolt, A Concept for Goodwood.

We shall begin with the Numbers.

This is a forward push of our ideals. It may not be driveable, but it just a push forward of what we could do. This vehicle will not be running up the hill as it’s not safe enough.

The All new Stryder RX is the new Rallycross car being run by Autotech Racing in the GRC, and ARES Factory in the WRX. The Version shown here is liveried and shown alongside the 1986 Stryder WRC, which ran in the 1986-1990 World Rally Championship in Group A.

The Vinson Specter 1MR and Devotion Concept are also here, and being run up the mountain. There is also an online raffle for someone at the event to win a new Pilot HyE6.

“The V12 ain’t dead, though it’s ended up in a strange place”

Hardly a snappy name, but it is a snappy car. Boasting a 0-60 time of 2.6 seconds, an 835 hp 7.0l V12 and Carbon Fibre everything, it’s a vision of what a super-wagon style thing could look like and drive like. However, I’m not getting giddy for the looks. Vinson like their black plastic at the moment and this is no exception, with is gawking great front grille surrounded by a thousand yards of the stuff. The styling doesn’t really have any flow, with tapered, edgy shapes at the top of the front and blockier, rectangular ones at the bottom. The lights at the back seem too high and the door handles feel very out of place. An oddly styled beast then.

Stranger still, this is a 2 seater, meaning you get acres of cabin space, but it doesn’t seem quite appropriately used. That does keep weight down though, and it’s a classic sporty interior, so I’m not complaining. And what an array of equipment; it’s nice being able to see what kind of tech companies stuff into their concepts when there are no cost restrictions.

What’s it like to drive? Fast. Biblically fast. Every time you accelerate, you almost feel like you’re parting the Red Sea. The size of the car and the force of its V12 being sent through its AWD system is just epic. It’s one of those cars where you don’t so much get up to speed, but rather simply start travelling at a higher rate. Overtaking need never be a worry in a car where 70-100mph takes less time than it does to say it. The gearing is nice too, and the smoothness of the DCT is welcome. For such a powerful machine, it is very stately and unfussy.

Despite this reserved feel to its power, the car isn’t the most comfortable thing in the world. Even with that active suspension, it’s hardly getting to the levels of GT comfort that you might have expected in such a car. It is, however, incredibly sharp, and they’ve managed to achieve such precise handling and an almost total lack of body roll without having to fit it with ultra stiff sway bars that restrict any movement whatsoever. It’s a very rounded feel, yet when you want it to be, it’s razor sharp.

Sadly however, the chassis is less than impressive. It’s remarkable how such a large car weighs little more than 1.6 tons, but all of that weight is put over the front wheels. A 58/42 split; you don’t even get such splits with FF cars, let alone wagons. The result is that understeer becomes your biggest bane, seemingly unable to stop itself from putting all its mass on those front wheels. Don’t expect to be to any kind of drifting or powersliding, and you at least you won’t be disappointed.

This isn’t really a car for the corners then, despite its ultra sharp yet supple suspension. As a cruiser, it needs to be more comfortable, though they’ve certainly got the power train right. One can’t help but feel too that some extra seats in the back might not only make it more practical but also resolve that weight balancing issue a little.

And no matter how much I tried, I just couldn’t get the styling. Some of it works, other parts do not. There’s just no flow or consistency to it, though the top half of the front of the car did warm to me in the end.

Then again, this is a concept car. Things are never quite perfect with such cars because they don’t need to be. And to be honest, its weak points seem to be just issues to be resolved if this is to become a proper road car. I see great promise for a big, V12 shooting brake, and I think that it needs to go down the line of a GT car to succeed in this. The interior, despite the lack of extra seats, was absolute stunning, and to even see a bit of this incredible technology reach the public would be incredible. And the power train is perfect; a really well tuned V12, a great AWD system and very well set up gearing. You can’t fault it in this regard.

There’s work to do here then for Vinson, but after all, it is just a concept, and it won’t take much to achieve a stunning road car built around this idea.