So, the Las Vegas factory line-up has built a new race car that is definitely better than the previous Lumic in terms of performance.

The gearbox is an advanced automatic.

Overall, this car is very good on the track, and it beats the 420hp BMW M3 by 3 seconds - at the GP Streke Nurburgring. 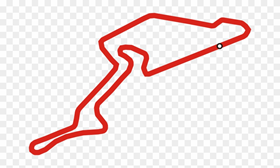 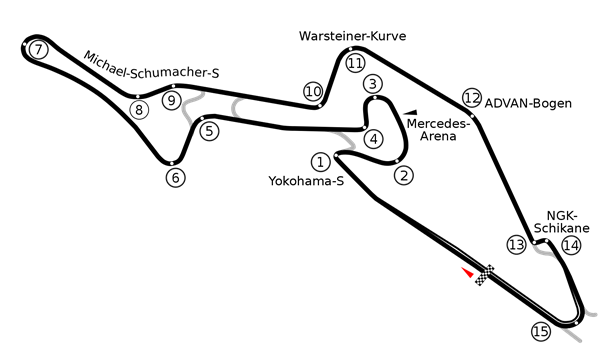 This is my favourite track, which is good for testing cars without risking your life - Almost. This is most likely due to the strange properties of the models from Automation, as models have been known to lose a great deal of usable power in corners. 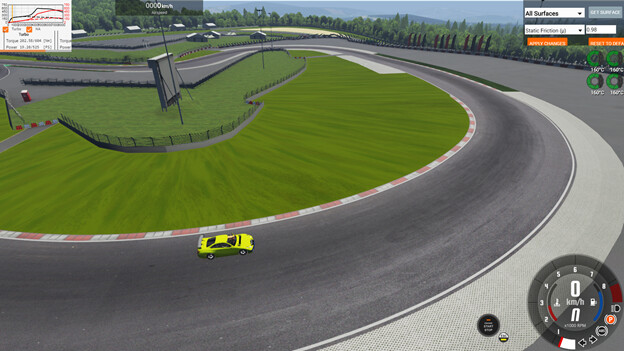 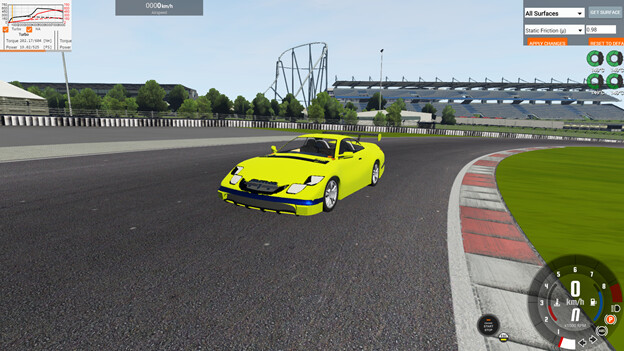 Turn two in the Mercedes Arena

Not every car is able to make it through the Nurburgring, but strangely enough there are always some that want to, despite the track’s notoriety - it’s very easy to crash.
After a few tries, we got around all the sharp kerbs, which pierced the VV Zuper Reactor tyres, and we clocked a total time of 9 minutes 13.576 seconds. On par with the Jaguar S Type. 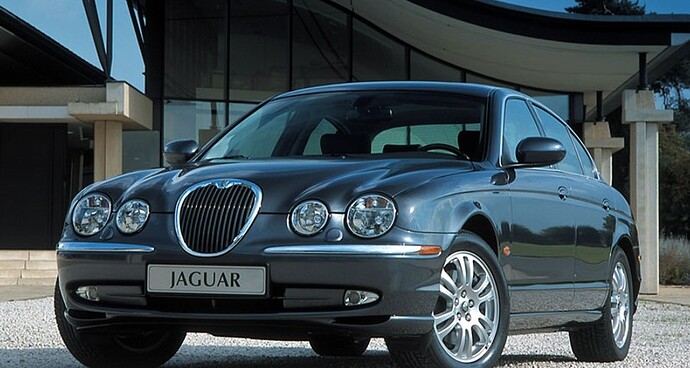 So, by producing this car, the Las Vegas plant becomes multi-purpose: it can produce lightweight and sports cars.

The car weighs [1718/3787] kg/lbs, slightly lighter than the Jaguar F Type which holds the Nurburgring Full record in 7:29:18. Which is suspicious, because it’s powered by almost the same 600hp engine.

It becomes clear how well BeamNG.drive tries to simulate driving in real life. And so you can find many competitors to this game for the title of the most accurate simulator.

On this track it is simply impossible to get out of the 8:40:00, everywhere on each turn a certain speed, faster than which you can’t pass.

And by the way, you should expect 7 minutes records, because there are quite a lot of good cars on those times.

But never mind. The VV Zuper Reactor has already proven to be tight and extreme. Constant stress is bad for you too, as many racers have been known to start losing their hair.
Design features:

I did the front entirely myself, the rear bodywork decided to borrow from one of Interior cars as an aesthetic and proper solution.

You can see the linked images here.

You can see the quality for yourself. 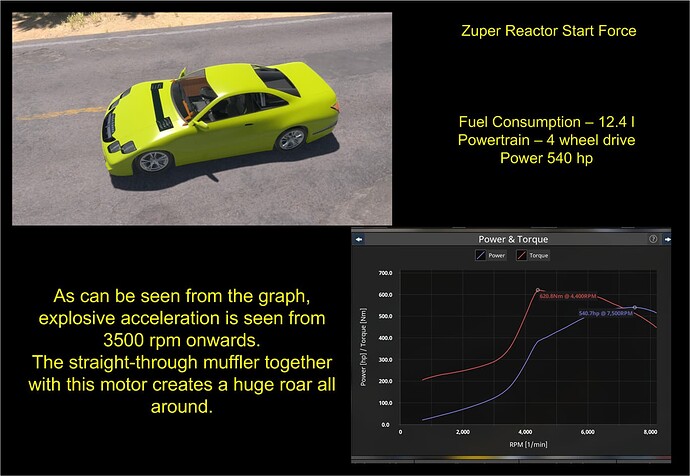 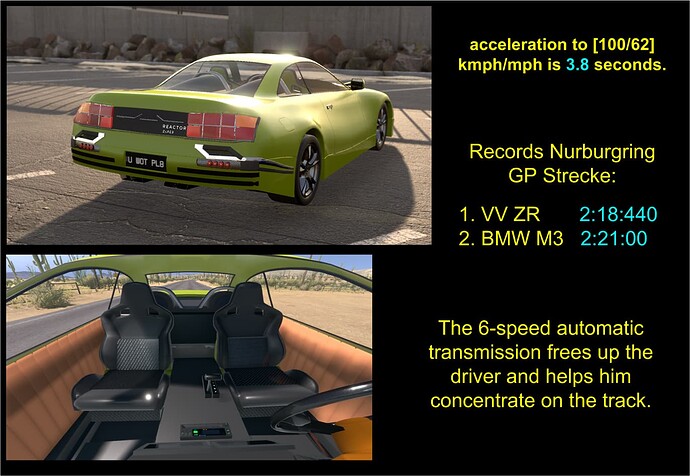