Weight distribution too far aft for mid-engined cars in 4.2?

In the 4.2 open beta, it seems that most (if not all) mid-engined cars tend have their engines mounted too far aft, even with the weight distribution slider set all the way to the front. Using this test build as an example, it has a weight distribution of 40.5% front/59.5% rear, but only with the engine mounted as far forward as possible. 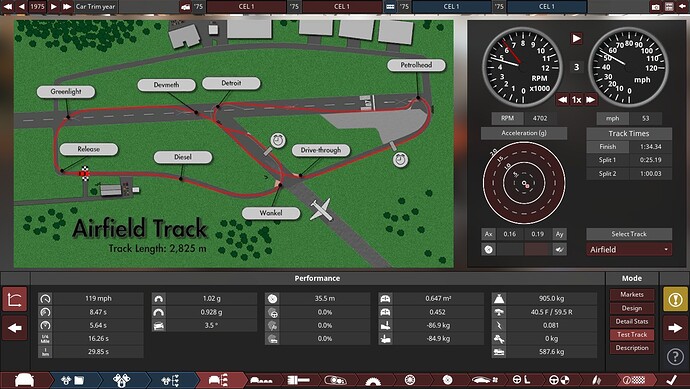 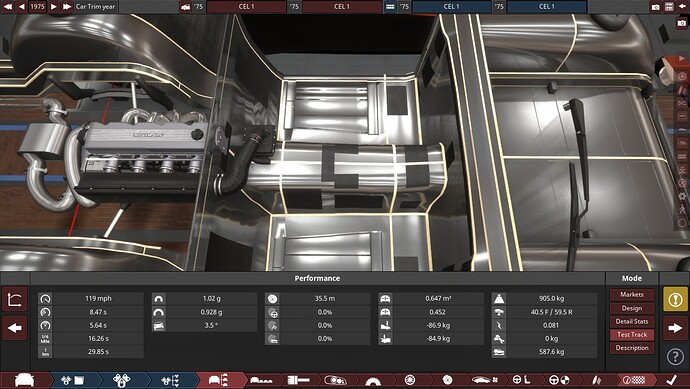 As far as I am aware, such a car would have had a less tail-heavy weight distribution in 4.1, where there was no weight distribution slider. Now, we have to push it (almost) all the way forward just to avoid excess oversteer, increasing PU/ET and price in the process.

I think the best way to fix this is to revise weight distribution calculations for all mid- and rear-engined cars so that they won’t be as tail-heavy as before - I’ve never seen this problem with front-engined cars, though.

Perhaps another answer is more control over individual components. The slider makes things simple, but it also feels sort of magical and doesn’t really have engineering tradeoffs.

It could be expanded to into multiple position sliders for cooling package, engine, transmission, cabin, truck, fuel tank, etc.

If we do just stick to the one slider I can agree with making it more impactful or giving a bigger range to account for the all the packaging options being clumped into one setting.

Other mid-engined bodies are not immune to the same problem in 4.2. For example, the Mako body sets (mod version with 2.28m wheelbase shown) carry a lot more of their mass in the rear than they should: 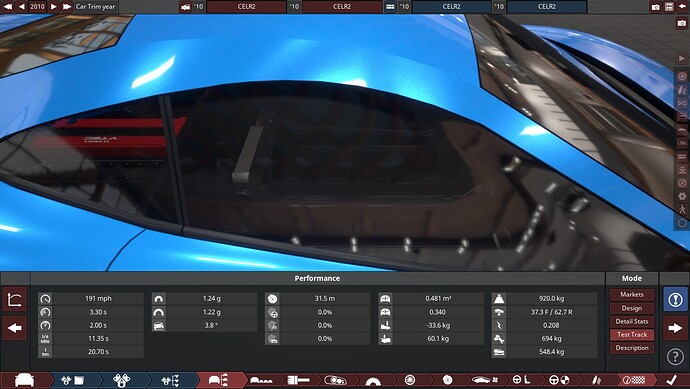 I think this is about 3 to 5% or so too far aft, even with the weight distribution set to 99% (as shown here) or even 100% towards the front. I needed a lot of tire stagger (225/40R18 up front and 285/35R18 at the back) as well as a lot more downforce on the rear than at the front (just a lip up front, a wing and a lip at the back) just to have any chance of countering or even negating the inevitable oversteer bias that ensues.