What engine is the best at being an engine?

I’ve always admired how some cars manufacturers (Japanese in particular) were capable of making such simple and reliable engine designs. I have to admit that I kinda have a preference for Toyota in particular. We’ve got the 22RE, 5SFE, 3SFE, 1MZFE, 1KZ, etc. Every one of them can easily go past the 300,000 miles with only periodic maintenance.

For me, an engine that can provide power for the longest period of time possible are better at being engines than the ones that make insane horsepower numbers for shorter periods of time.

I’d like to know your opinions, for you, what kind of engine is best at being an engine?

I don’t understand well your question.

We all know the only true answer to any “best engine” question is : LS

For a normal car, without sports pretensions, great reliability, and power curve and full torque from low revs.

I have a heavy preference for Chrysler so my answer is biased, beware!

But even in comparison to other engines of the same size, I think the 3.6L Pentastar V6 is as close to perfect as you can get. Why?

It uses DOHC, 24 valves and (at least up to 2016) Multi-port Fuel injection which is more reliable than Direct because no carbon buildup. It makes a good amount of power, and in its most powerful applicant a cool 305 hp and 285 lb-ft. It’s capable of high 20’s, low 30’s of MPG (US) on the highway. It’s smooth, and it sounds awesome.

And above all and most surprisingly, THEY ARE RELIABLE ENGINES! That Chrysler made! After they sorted the cylinder head issue in 2012, they had no real problems. No Mercedes meddling, not one lick of Italian tuning! They’re relatively new still, so you don’t see many with high miles, but you can find plenty with over 200k miles going strong.

In fact, Mercedes used the Pentastar as a base for their M276 engine (I think) and Maserati based their 3.0L Twin Turbo unit on it as well.

And as RIPP Superchargers have proven, they’re ridiculously efficient engines - with their aftermarket superchargers, you can get well over 400 hp without sacrificing much gas mileage.

My usual base has been covered in the OP, damn, what do I do, what will people expect of me now?

Oh right yes. Cheap, flexible, light, economical, good power output for it’s weight/size, powered everything from superminis to SUVs to hardened track cars, was years ahead of it’s time and brought with it many technologies we now take for granted in modern engines. 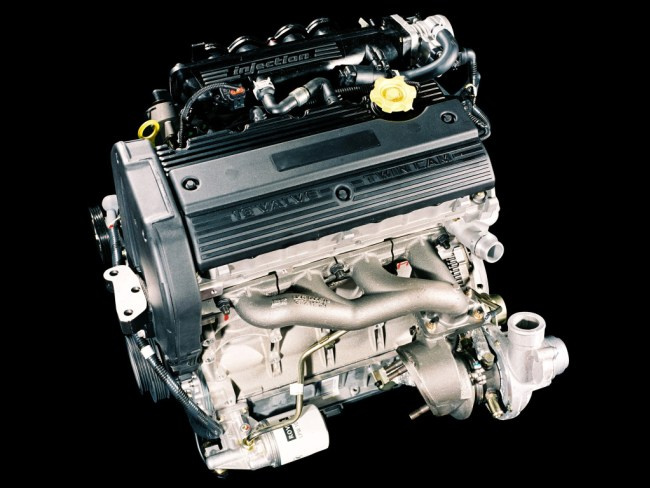 There is many great candidates, but I have to say that the Mercedes M103 feels like an engine that has everything you want for a daily driver despite being over 30 years old, and it probably would be even better if it got a modern engine management system instead of the ancient Bosch CIS system. It is powerful, smooth, economical, all that without using overly advanced technology, it lasts for very long times and the experiments many people have done with turbocharging shows that they are really sturdy too, they just feed untouched engines with many miles behind them with ridiculous amounts of boost - and they stay in one piece. My father has a 1989 300E and it still is an absolutely wonderful car to drive, honestly speaking you have to get a quite expensive car even today to beat it in many areas…but of course there is many more engines that work well too.

I’m gonna say that BMW’s M10 engine should be up there. It’s a naturally aspirated I4 from the 70s and 80s which started as a 1.5L engine with 70hp or so, being very reliable and getting decent economy. But I think what makes this engine so great is that it has later evolved into the S14 that powered the original M3 (E30), and it was also used in the legendary BMW F1 car with up to 1400hp in qualifyings. It has so much potential in it that the base version isn’t using, which makes it last quite a long time.

Also gonna represent the often underappreciated 1MZ-FE. Not the most powerful engine of its day, but it’s tough as nails (so long as you’re at least somewhat dilligent with oil changes). Plus it sounds pretty decent.

There are not many great candidates. There is only one candidate, the Detriot diesel and associated Oldsmobile diesel.


A true engineering triumph this was at the time. Despite what people say, they are remarkably reliable, and the 22:5:1 compression ratio was WAY beyond what any gasoline engines were capable of at the time. It made full sized American cars capable of 30+ MPG, again, numbers nobody could match at the time, and would still be a struggle even today. These engines even continue to see use in gasoline racers today. Had it not been for the fuel crisis, this is what we would all be driving in America. 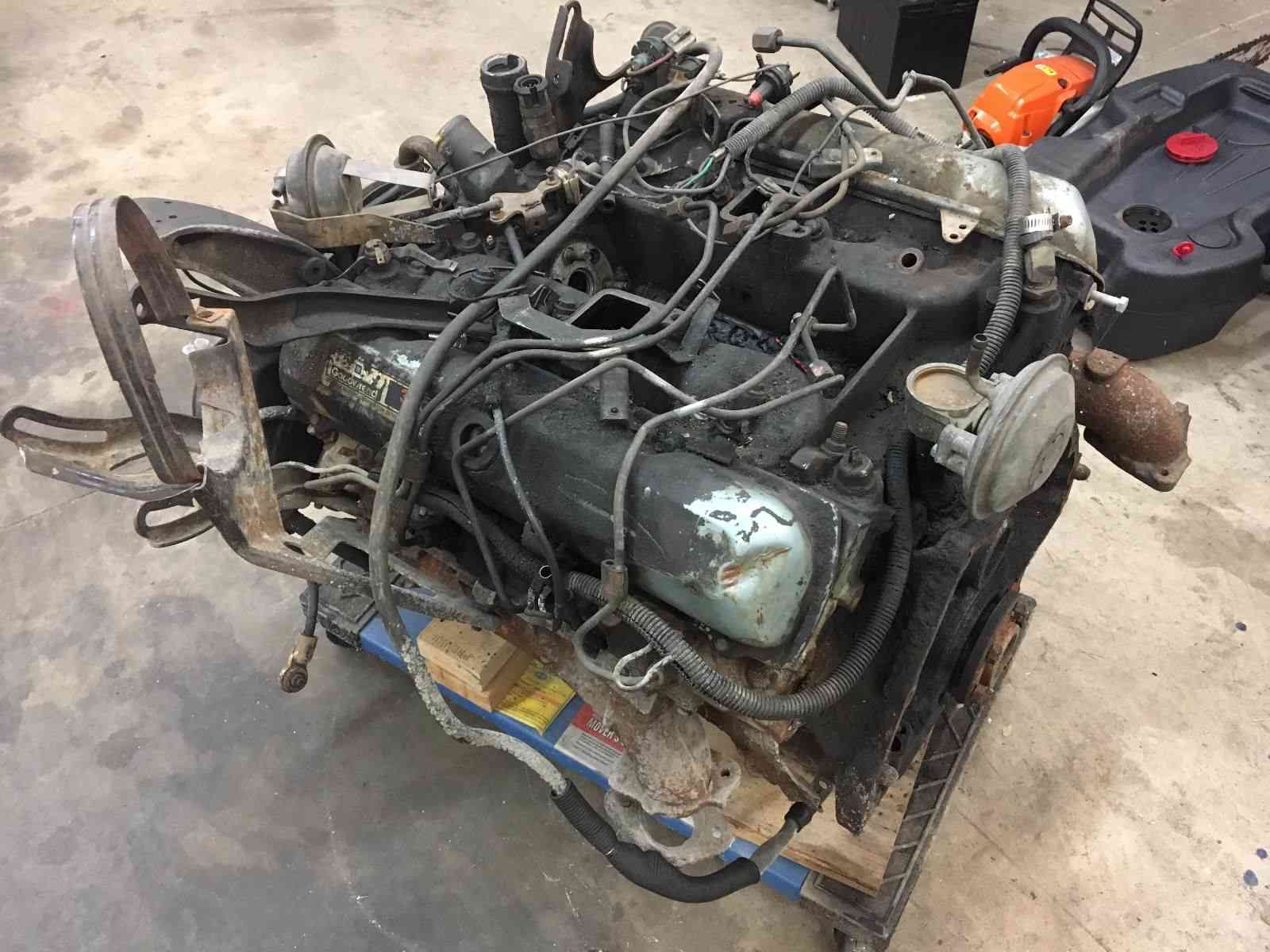 22.5 compression is way beyond what any gas engine has EVER been capable of

Problem with the Oldsmobile diesels, they were not reliable and made no power(no power even for the era), rolled coal like mad, and had terrible NVH. The engines had alot of major issues. It had no water separator for the fuel system, in which diesel at the time had alot of water in it, so the fuel system failed often. Head gasket issues, as it had the same 10 bolt head pattern as the gas 350 so the bolts broke due to the increased pressure. It had a class action lawsuit against it and was only made for 8 years.

Overall, it was an engine ruined from the start due to cost cutting measures by GM.

That said, the best engine that is best at being an engine nominees for me are:
Gen 3 small block chevy (LS) Gen 4 LS based engines have alot of issues relating to the displacement on demand(active fuel management)

Air does not boil. Air does not freeze. Mechanical simplicity. Used on anyting, from cars, planes, boats, helicopters, industrial pumps, truck pumps,race cars, etc. Created in the 30’s and still usable. Can run with any oil, even kitchen oil. For sure the best damn engine ever created by humankind. Just don’t mind the 100k km overhaul. If you want to skip it, it will keep on running. 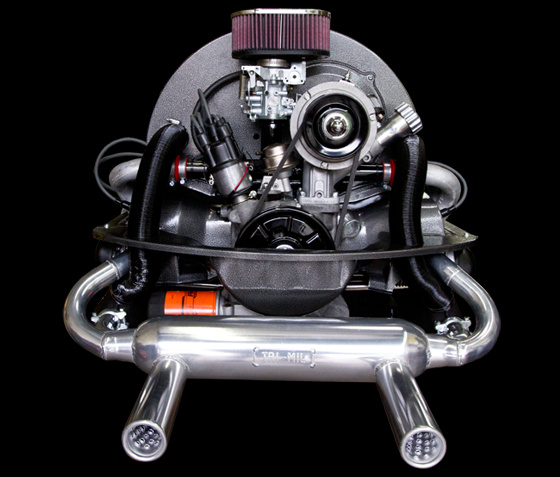 Yes it does, not under normal circumstances, but it does.

If absolute reliability and longevity is your thing, you can’t really do any better than an old truck diesel, especially those from the 1960s-1980s. Built before the headaches that come with modern electronic engine management systems and additional emission reducing equipment, this general type of engine is almost entirely mechanical, very simple in its construction, yet produces good power and efficiency thanks to direct injection and turbocharging. These engines are built for a service life of a million miles, and most of them can easily exceed this with maintenance and some minor rebuilds here and there (piston rings and bearings, mostly). Furthermore, engines like this can sit for years on end, and will generally fire right up with little more than a service and some fresh diesel. Combine these attributes in one package and you can see why these old engines still serve regular duty in lesser regulated parts of the world. 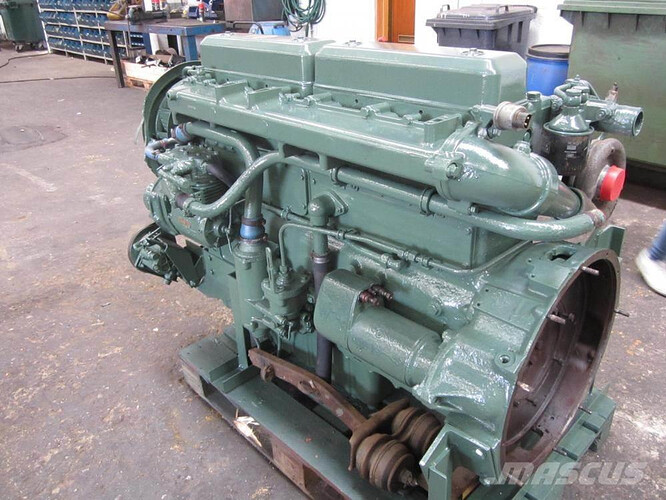