What is the future of GT racing at Le Mans?

Ever since the reintroduction of GT racing to the 24 Hours of Le Mans in 1993, I have been fascinated by the cars and teams that have contested the iconic race in that category, from the BPR/FIA GT Series of the 1990s, to GT1 in the 2000s, and most recently, the GTE class of today. However, after almost 30 years, declining manufacturer interest in GTE has put top-flight GT racing at Le Mans on the brink of total collapse:

Does GT Racing Still Have a Future at Le Mans?

New programs are rejuvenating prototype racing at Le Mans, but will GT racing suffer for it?

The IMSA has already taken notice and decided to replace GTLM (its equivalent to GTE) with GT Daytona Pro, which uses GT3 cars instead. 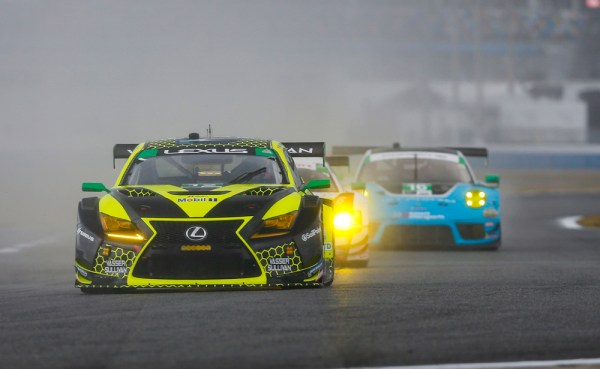 Surprisingly, the FIA and ACO have not yet followed suit. Instead, they have chosen to allow GTE to continue until 2022 at the earliest. However, with Aston Martin having withdrawn from the category to focus on its F1 team, this has left Ferrari and Porsche as the only full-time entrants in that class, thereby placing it under threat of extinction:

Porsche and Ferrari Are Sticking to GTE at Le Mans

Aston Martin, BMW, and Ford may be long gone in Europe, and the class may be on its way out in the US, but what remains of GTE-Pro will remain at Le Mans for at least two more years.

One of the solutions to the problem of a shrinking GTE grid is to replace it with GT3 as the flagship GT category. However, even though many more manufacturers are already represented there than in GTE, the switch to GT3 would only work if Ferrari and Porsche decide to jump ship, in addition to committing to an LMDH program from 2023 onwards.

As an alternative, the FIA could abandon the GTE category completely without replacing it, turning over the WEC (and by extension, Le Mans) to prototypes for the first time since 1992, with LMDH, LMP2 and Le Mans Hypercar as the only classes left. Unfortunately, there are very few (if any) cars in those three classes that have any relation to any road car on sale today.

If I had to make a decision on the future of GT racing, I would take the former route - winning Le Mans in one class (or even outright) is a triumph on its own, but winning Le Mans in two different classes (GT and prototype) is even more satisfying - so what do you think? What will GT racing look like in three to five years’ time now that GTE appears to be on its last legs?

I feel like because GTE is “similar” to GT3 in too many ways, it’s fallen flat in interest from manufacturers. (This is entirely based on opinion, more so experiance of racing)

GT3 is the big class, it’s now used almost everywhere, replacing DTM, the GTLM catagory as you mentioned, as well as having multiple of its own standalone and one make series.

However LeMans is a special place, GTE should be replaced by something faster, more interesting. I don’t know how well the GT500 would compare against GT3, and the organisers probably wouldn’t want them overlapping the LMP3 class.
I was excited when DTM and Super GT appeared to be merging, two of the fastest touring car series would make something incredible, and then it didn’t.

Obviously there’s limited slots, but with GT500 being in place, why not bring along some GT300 (basically GT3) as well? then there is a fair bit of variety.

I could do some testing on the track (on Assetto Corsa, since i am prepping for a virtual 24h race) and see how much quicker GT500 really is to other classes.

I can agree with you - Super GT500 at Le Mans would be a worthwhile replacement for GTE. However, it’s a spec engine class, with all cars powered by a 2.0L turbo inline-four, and as a silhouette formula, it does not have much relevance to road cars either. I would suggest the new, reborn GT2 class as an alternative if Super GT at Le Mans does not take off:

As stated in the article above, the new GT2 cars would have around twice the horsepower of a GT4 car, but with hardly any more downforce. And with much more variety in engine configurations, surely it would be even more attractive to fans than Super GT500? Especially if it were allowed to run at endurance races such as Le Mans.