Ok, let my make my point quick and clear. The steam workshop has clutter posted to it every now and then. So I would like for a workshop discussion to be made. This is where honest people who are fans of the game can approve mods on the workshop. It is also where we should be able to create polls that decide whether or not to remove any troll or fake mods on the workshop, such as: 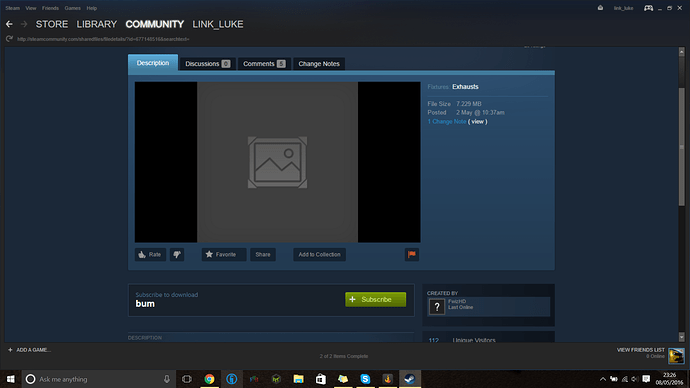 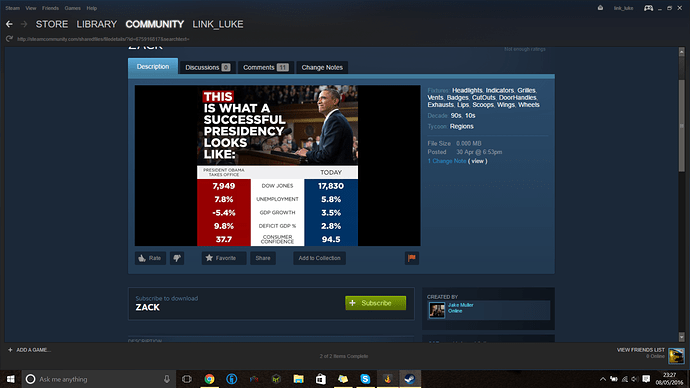 I don’t think us as a community actually have any control, that’s up to the Dev account that has control (and I still doubt there is much they can do)

Could just report it for spam, if that’s an option.

I have tried that, and I think many people have but it takes a long time for the requests to be processed, plus for them to do something about it then they need a lot of requests from most of the community

Eh, ultimately the crap posted to the WS doesn’t subtract from the game experience in any way as long as one uses their own natural filter and doesn’t subscribe to literally everything.

I removed all the reported mods that still were an issue. Seeing there only were 9 reports in total I think you might be a bit sensitive to crap being posted?

There probably should be a category for engine and car remakes, so that they easily can be filtered out. Other than this I see no problem with the system… that is what ratings are for. Don’t subscribe to everything like some people seem to do.

Edit: Just talked to Cas about the potential 2 new categories and quickly came to the conclusion that it would be better to just nuke the content that should not be on there anyway (i.e. the forum stuff of sharing your builds should be on the forum). I’ll go through and have a cleanup.

Alright, cleaned it up. If you find any replicas or just plain creations of engines or cars, just flag them and I’ll ban those.

I’d recommend talking with these guys before they go on a crusade due to unjust removal of mods.

Ooh err yeah, good spot. I now remember discussion that it didn’t seem that they used the forums… just as most Automation forum users don’t use the steam community forums…

Well, releasing their “mods” in a broken state because saves are not mods is not a viable alternative to not using forums.

Anyway, issue is resolved. I posted a news item about this on Steam too, and took care of that thread. Thanks for pointing me to it @TrackpadUser

A more long term solution might be to add some checks to the workshop tool, that verifies if the uploaded folder contains contents that should be on the workshop.

It would also probably help prevent issues like we had when the workshop support was first added, with mods that get uploaded wrong and don’t work because of that.

Yes, that is planned but has lower priority than getting the closed beta into a state that makes us able to start to build the new competitors.