Today the Xander Automotive Company is proud to reveal their first foray into the world of sports cars: The 1990 Mercenary series! This model is dedicated to offering a light, agile ride while demonstrating the well-honed Blade line of engines developed in tandem with the Mercenary. As these are still in development, figures are very likely to change in the future, but the base design is still effectively the same. 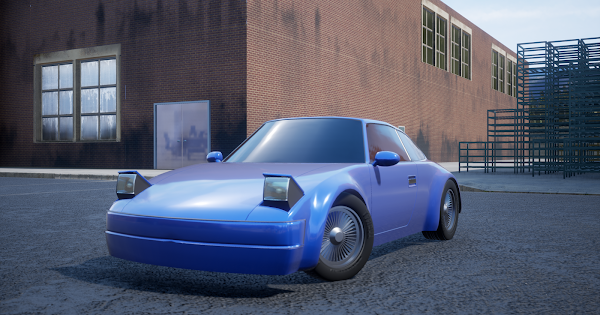 First comes the entry-level Soldier trim, armed with the Sabre variant of the Sword engines. While less powerful than other sport engines, this 975cc OHC 2-valve Inline 4 engine offers 61 pounds per foot of torque at 4000 RPM, and 56 horsepower at 5200 RPM. Not particularly impressive, but with a price tag of $11,990, it makes an excellent budget sports car for a budding gearhead, as well as a light sports car for those who prefer more nimble rides.

The other trim in development caters to the more experienced track driver looking for a car which can hold its own on the track while retaining the low weight and high agility of the Mercenary family: The Mercenary Commander. 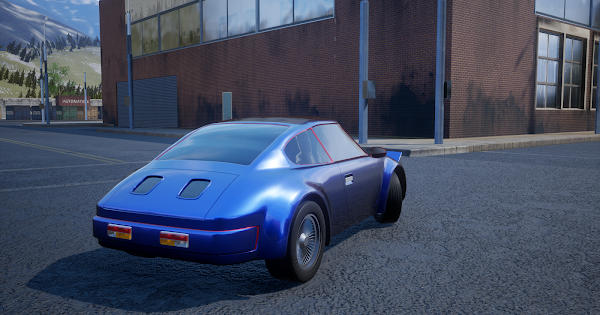 The Commander might appear similar to it’s less powerful brother, but beneath the hood it is far more capable. Wielding the Rapier variant of the Blade engine, the Commander makes itself known with 115 pounds per foot of torque at 6000 RPM, backed up by 142 horsepower at 7400 RPM. This is a result of the turbo installed into the Rapier engine, honing it’s blade to a truly frightening level of precision! (yes we are aware rapiers are meant for thrusting.)

Thank you for reading, and we hope to be back with more updates soon!
-Xander Automotive Company

After much deliberation, the Xander Automotive Company is ready to test their first mass-production track car, the Mercenary Commander. While the lower-spec Soldier model is still in the final stages of development, we were simply too excited to not showcase our very first foray into the world of high-performance track cars! As this is our R&D department’s first attempt at building such a car, the specs of this particular bundle may be… less than impressive compared to established track-car manufacturers. The Soldier will be less powerful, but currently it is much more “practical” for driving around towns and cities compared to the track-tailored Commander Mark 1. Nonetheless, we hope that more experienced drivers and companies can provide feedback on the first incarnation of this graceful-yet-formidable machine.
Mercenary - Commander.car (17.5 KB)