Originally I only intended to make the one parallel car for the Category A video, but then I saw the Category B one, and made a car for that one too. So, if people are interested to see it followed up, and it’s not too spammy, I might keep doing some models after the fact.

Edit: I decided to do a bit more than bare minimum so each entry will get a small blurb taking about the engine and overall build.

The 1955 ARMC Kolica 900, the most stylish in Archanan mobility. Sporting a 900cc Inline 3 making a whopping 29.7 hp on any and all low quality petrol, it makes the perfect runabout for traveling to and from the local factory and home, and anywhere in between.

Edit: Added some extra badging on the bonnet and bootlid, just four letters on each so not worth redoing photos. 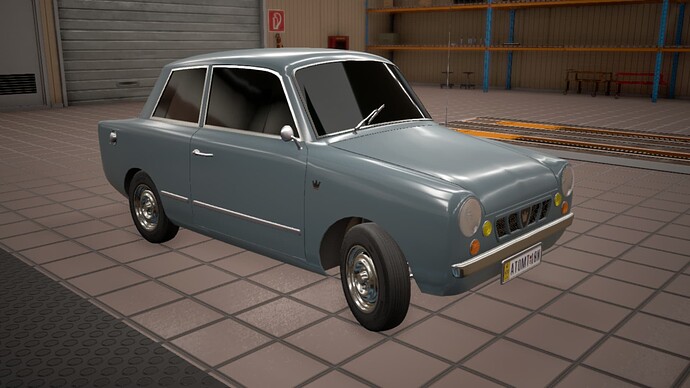 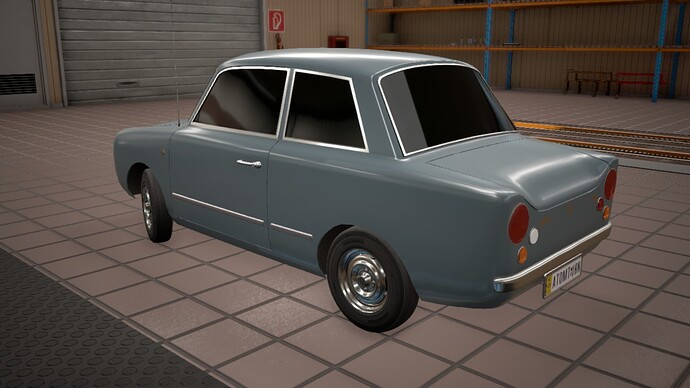 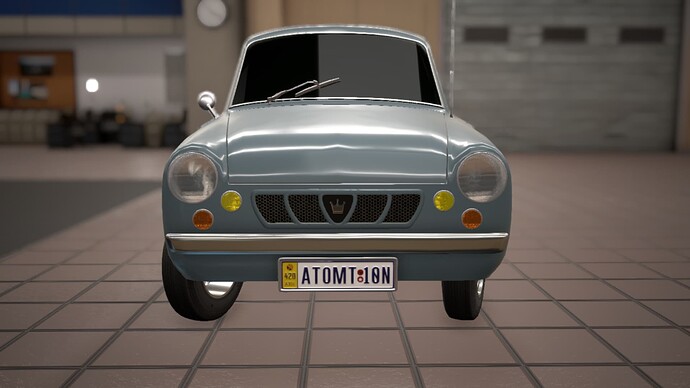 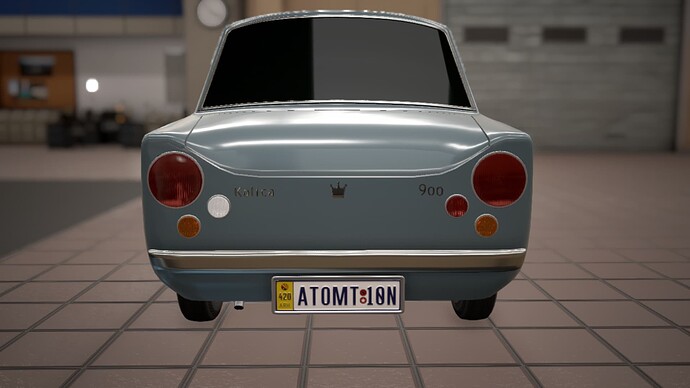 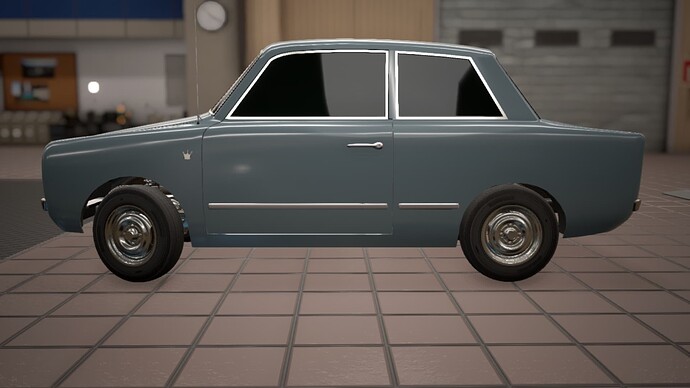 This handsome brute is the Hammardiin Gladiator GT, the proud work of this Hetvesian coach builder family. By shoehorning an smooth but advanced 4 litre straight 6 under that long bonnet, this GT car shows that it is more than just all looks that it’s handmade aluminium body panels and volumptious cabin would first suggest.

Edit: An update to the Gladiator which includes updated badging and a slightly more bulgey bonnet. 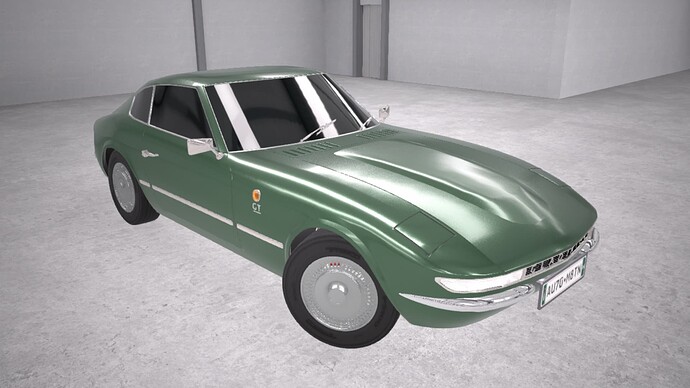 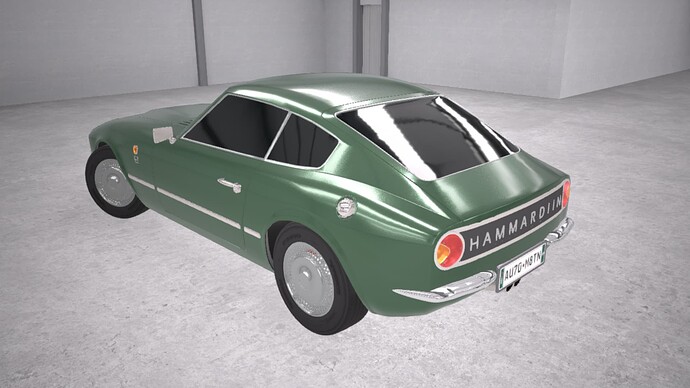 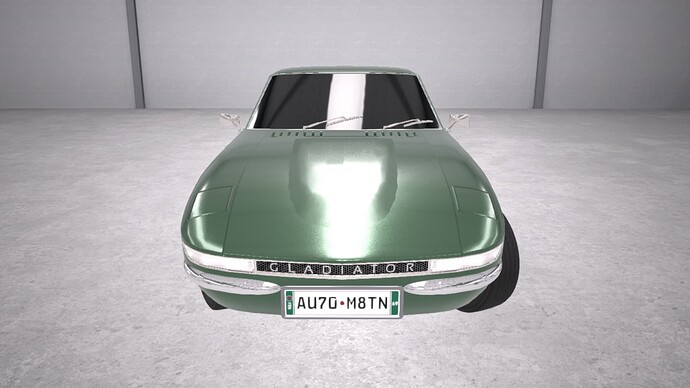 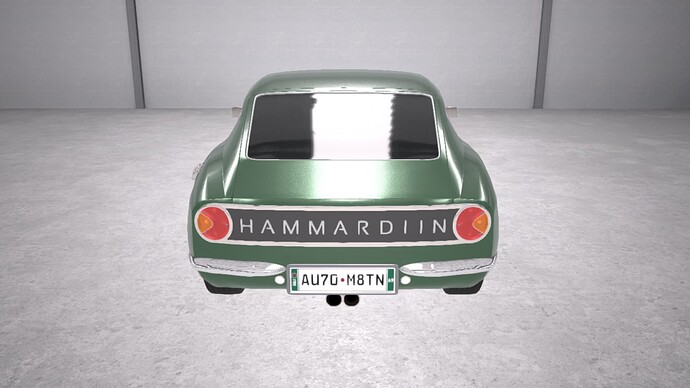 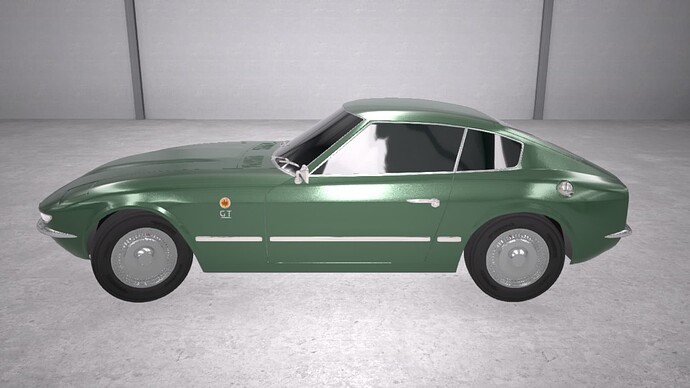 Introducing to the world, the 1974 Ascot Grenadier EX 2.5. Ascot Automotive’s answer to Gasmea’s recent influx of imported models, the Grenadier seeks to show what an economical homegrown offering can do. With a new 2.5 Inline 4 (a.k.a cut in half 305 V8) and tuned to provide premium fuel economy, you can show those foreigners what for in your all Gasmean brand, Ascot. 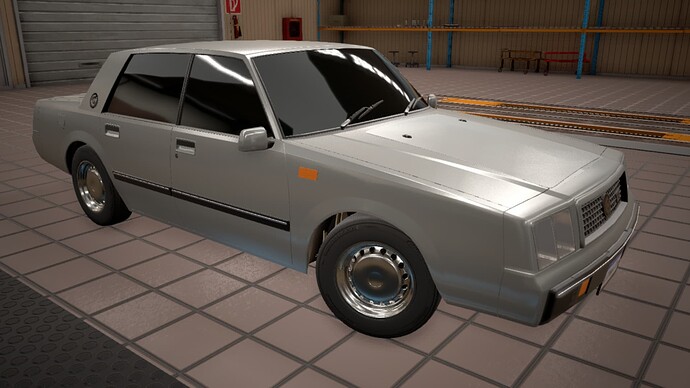 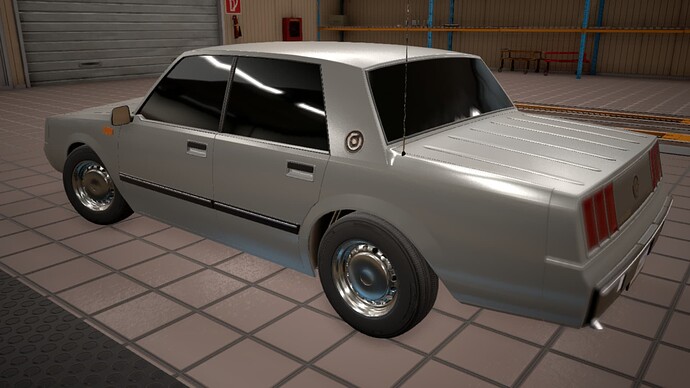 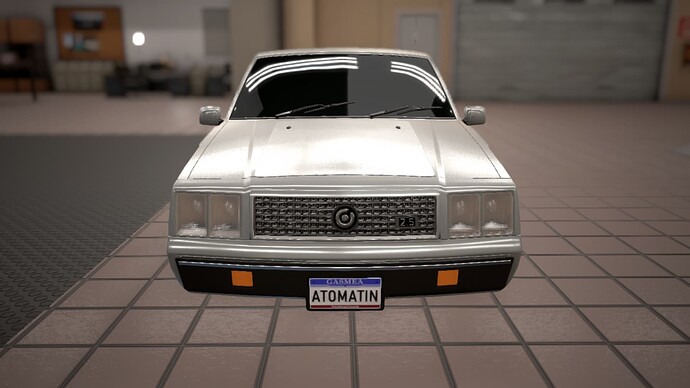 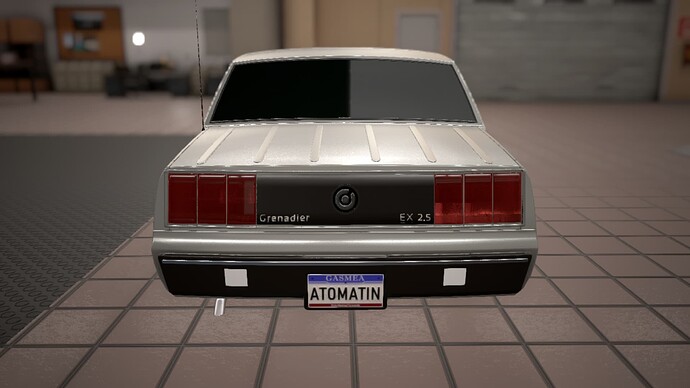 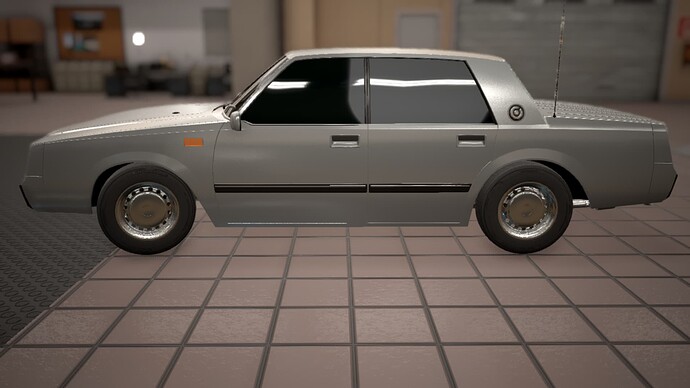 No from scratch build for this one, just took the previous car (Ascot Grenadier), gave it a V6 with the same bore and stroke as the 4 cylinder (cut down 305 V8), then added 4x4, auto lockers (unsure if realistic) and all terrain tires. Oh, and made it a wagon. 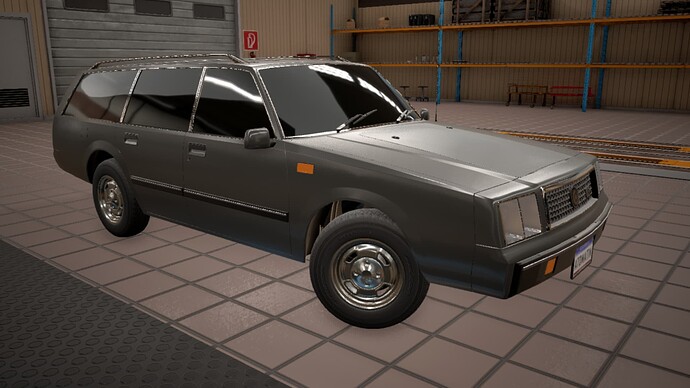 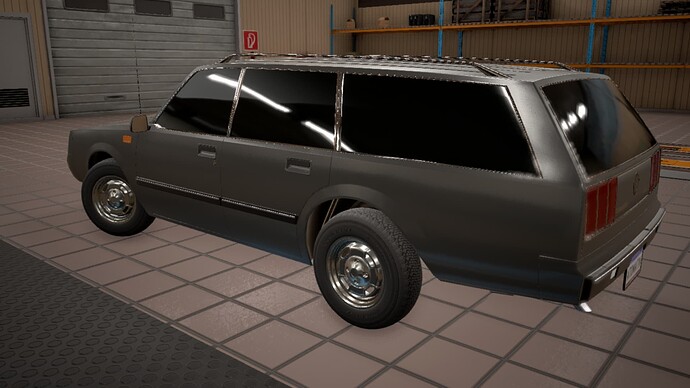 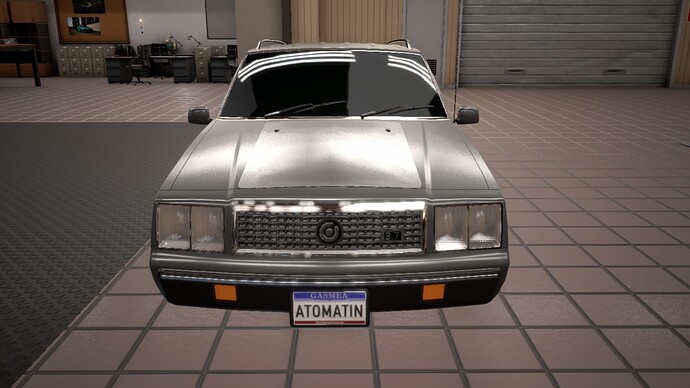 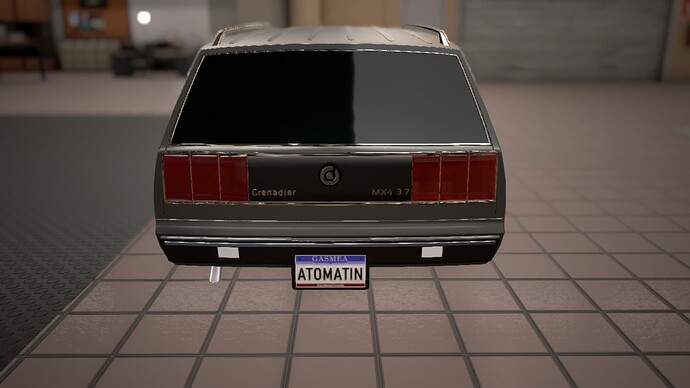 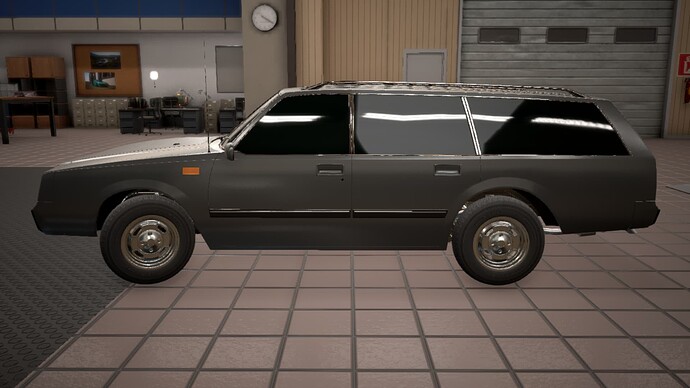 Fun Fact: The rear overhang slider for morphing doesn’t work with the wagon version of this body (1970 2.6m) so enjoy the absurd overhang.

Another clone of the Ascot Grenadier, with the aforementioned V8 (now 300 ci) and some sticky outie bits. Some form of pseudo Nascar or Stock Car entry, or maybe a Gasmean version of the V8 Supercar. 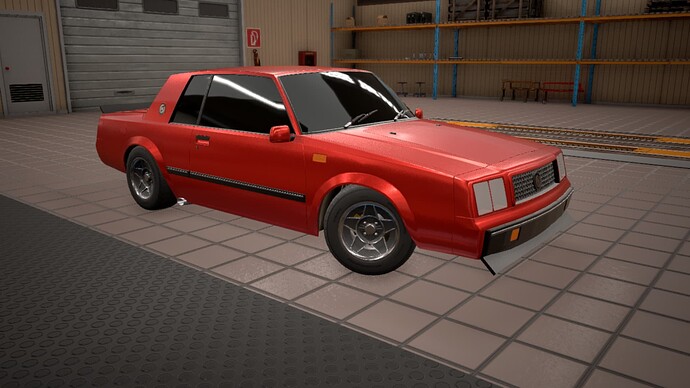 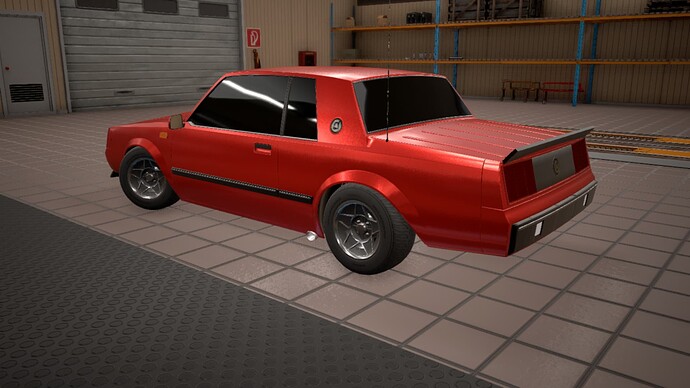 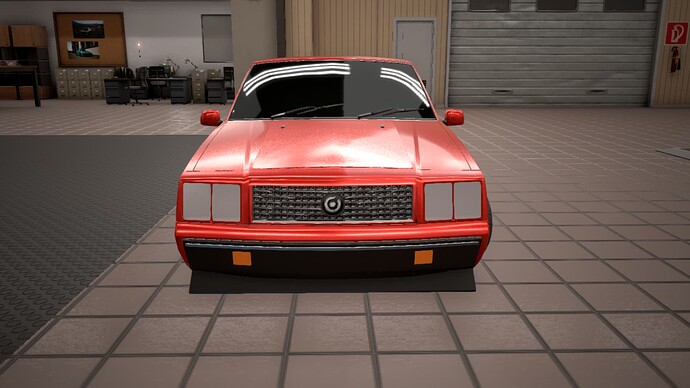 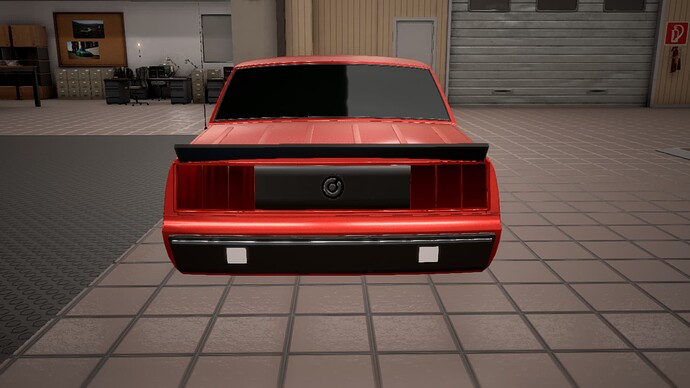 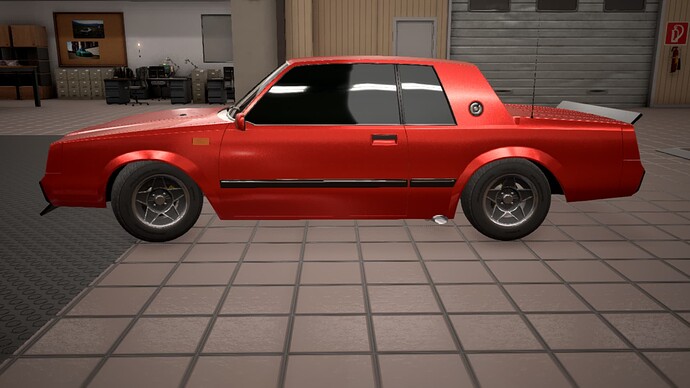 Also I think I’m gonna scrap doing this. Might do some beauty shots of my actual entry but that’s about it.

Another tip: layers are great. Sometimes a fixture on top of another fixture with layering done makes for a better look than just fixtures on their own. Depends, as usual.

It could make for a decent Group A homologation special, considering that the engine would have provided enough power to be competitive in race trim, given its high displacement.

The rubber/chrome trim on the bumpers and the sides are actually layered pieces. I used the same bumper fixtures and made the chrome on slightly thicker to have it sit on top of the rubber. And I generally resize a few things to make them sit closer to or shallower from the body anyway. I just have trouble with using fixtures for anything other than their intended usage.