Your favorite car games ever

I’m not sure why, but I’d like to know which are your favorite games with cars having a major role in their gameplay. The game doesn’t have to actually be a racing game, games like GTA are okay, since a lot of the movement in the game world is travelled by a car. I’d also like to know why these games are great, not just a list of random games with lots of cars in them.

Please don’t answer Automation. That would simply be too easy.

I’ll probably start then. (I had to pick 1 out of 10 or so because I would exhaust anyone reading the first post.)

This is a game from my childhood. And it’s still fun to play. The main attraction here are the police chases. They are great. If you screwed up bad, you had to fight against helicopters, big-ass SUVs, Corvette C6 interceptors, roadblocks and more. One pursuit could last more than an hour! They were blood-pumping, exhilarating experiences where you had your car and your money on the line. If you were caught enough times with the same car, you would have to kiss it goodbye.

The customization was a major downer after NFSU2. MW has less options for everything, but still you could make the cars look your own (or ugly). The perfomance upgrades were fun, as my Fiat Punto wiped the floor with Murgielacos and Ford GTs.

The driving itself was very arcade-y, but it fitted the game quite well (at least I think so).

Oh and the BMW M3 GTR. Legendary. Beautiful. Nothing man can build will be on par for THAT livery on THAT car. 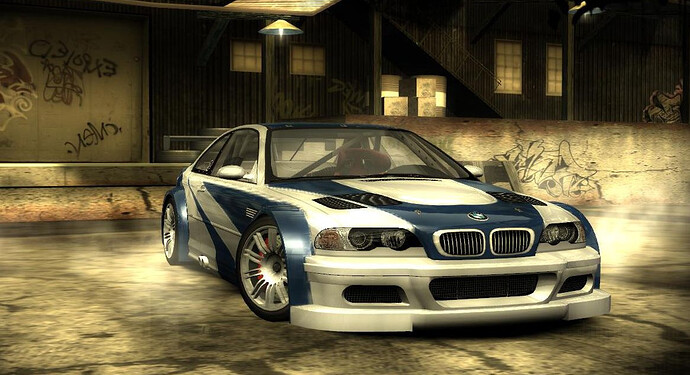 I want that IRL. I really, really do.

CLICK POW NINE THOU WHAT JUST WHAT I THOUGHT WASSUP NOW 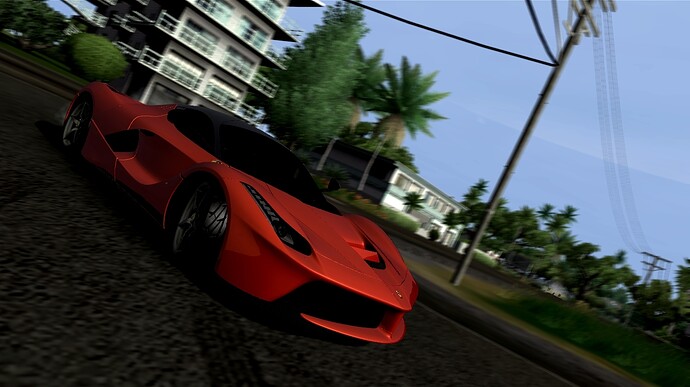 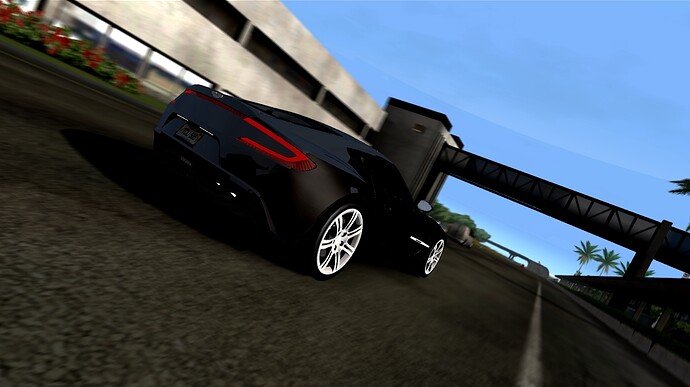 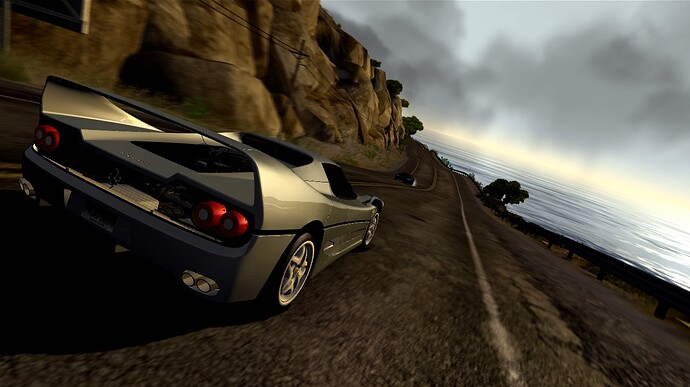 THE massive open world racer. A map of Hawaii, incredible attention to detail, insane moddability, lots of cars from all eras, a massive single player and multiplayer campaign.

Downside is driving physics are super iffy. On flat ground it drives reasonably well for an arcade racer, but on hills the map is rather poorly modeled so your car will pretty much bottom out or fly off them if you don’t slow to a crawl.

Do note all three cars are modded. Graphics aren’t though.

For me, at the moment it’s still Gran Turismo 4. It’s my first racing game, and it’s also a perfect balance of arcade, realistic physics simulation and challenges. And the A-spec and B-spec races as well as licenses… for me, the GT series is a lot of fun. If I want through-and-through realism I’d probably go with Forza.

Maybe this will change in the future because I still have many games to play, from iRacing.com to Assetto Corsa.

Glad that you brought up NFS. Had a friend who absolutely loved Most Wanted, and as far as arcade-style games go, some of the game mechanics were really good.

###Need For Speed: Underground 2
Still love playing this once in a while. Not sure if it was the open world map, great choice of cars and customizations, or the soundtrack. Either way, I’ve lost my save files for it 3 times so far and I’ve always come back to play more.
Side note: this game got me into one of my favorite bands, The Doors, thanks to Snoop Dogg’s cover of Riders on the Storm

###Test Drive Unlimited
Super accurate map of Oahu + amazing choice of cars + a million hours worth of side missions + Sims style house buying feature = a LOT of fun. Still remember blasting an XJ220 through downtown Honolulu or going for a road trip across the island in my Maserati 3500 GT. What a game.

###RACE 07
Still the most accurate racing sim I’ve ever played. Exceptional levels of simulation and huge amounts of customization. And people are still making content for it! Only let down by the rather simple graphics, but in return you could get 80+fps on even a basic gaming PC.

###DiRT 3
It lacks the same level of simulation and accuracy of previous Colin McCrae games, but the way the game was presented - the choice of rally stages, the different modes, how you progressed through the levels etc - was seamless. A very rewarding and very fun game indeed.

###Racedriver: GRID
While I didn’t spend a huge amount of time on it, the mere fact you could run your own race team, design your own liveries and race at Le Mans with proper day/night cycles was absolutley awesome.

And last but most certainly not least…
#Gran Turismo 4
It doesn’t need any justification, explanation or defending, this is still one of the best games ever made. For gods sake, you can drive a VW Lupo and a Sauber C9 in the same game. It’s not even just the nostalgia - this game’s physics are still as good as any of the current crop of driving games and it even still looks somewhat decent. I love it to bits. 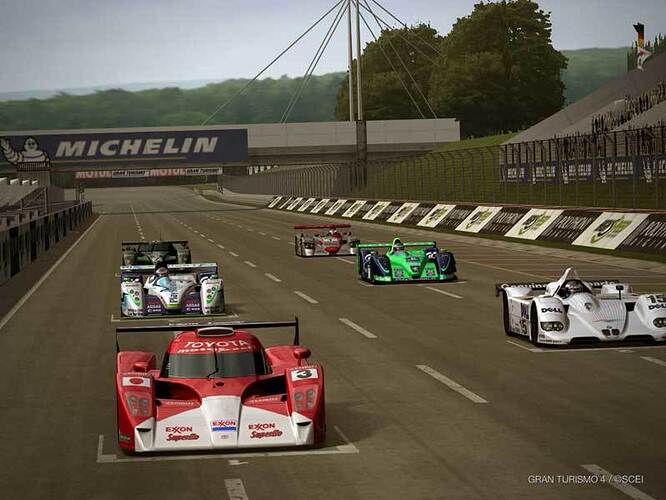 Speaking of GT4, I cannot wait for Gran Turismo Sport.

why are you doing this Polyphony?

Also, I loved how you got reward cars and unlocked tracks as rewards for progressing in Gran Turismo mode. So awesome. And all the hidden easter egg cars like a Maserati somewhere. I love GT4 so much.

Old school
I used to spend ages playing this in the arcades, although knew it as burning rubber

Bump 'n' Jump, known in Japan as Burnin' Rubber (バーニンラバー, Bānin Rabā), is a 1982 Japanese arcade game created by Data East Corporation, released as both a dedicated board and as part of their DECO Cassette System. The game was published in North America by Bally Midway. In Bump 'n' Jump the goal is to drive from the beginning of a level to the end while bumping enemy vehicles into obstacles and jumping over various large obstacles such as bodies of water.

Thanks to mame I can re-live my childhood

…bu…bu…but all the race team bits! The livery designer! The online championships1 The race cars Ram, THE RACE CARS!!

And yeah, I don’t think there’s been a game like that since where car driving and progression are done so well. Maybe TDU? Though it doesn’t have the same quality.

@maffc Now that is old! Love the artwork for it

Wow, this is a DECADE old? I played it quite a lot some time ago, and I would definitely not say that.

My games:
From purely racing games - TDU, for reasons mentioned above and some nice music

From others, like GTA - Saint’s Row 3. Great humour, decent story, fun demolition, and the tuning! I often run this game only to drive through the city looking for a car, and then after stealing it to tune it like I want - which includes a miriad of colours to choose from (paint, interior, trim details, windows, rims), various types of paintjob for every part of it, alternative trim pieces, wings, lamps, roofs (!), decals, rims and more

Driving physics are also great for this kind of game, the cars are pretty controllable even at higher speeds and they behave differently.

most of these games we like are pretty old… NFS is old as fuck, development for GT4 started 17 years ago and it came out 12 years ago, Bump 'n Jump is really old, DiRT 3 is old… you get the point

Maybe TDU? Though it doesn’t have the same quality.

My TDU experience in a nutshell

“Wow I just got into Hawaii, bought a home and a nice Audi. Off to go do some races… oh what’s this, a guy wants me to drive his Enzo for a check up? Better not mess it up. HOLY SHIT HE GAVE ME 130K, BUY LE Z06 AND CRUSH EVERYTHING LOLOLOLOLOLOL”

Another game that I’ve invested most of last year’s allowance to is:

You folks outside the Asia Pacific and Australia don’t get the game due to Namco being lazy with setting up the network, but it is horribly addictive shit. No other racing game will offer the same type of gameplay ever, it’s wacky, it’s fast, it’s fun, it’s frustrating and it’s not easy to master. If you like sim racing you will understandably get put off by the premise of JDM cars drifting through highways at 300 km/h will pinballing each other into walls. Very popular here, though not as popular as it was back in the 3DX+ days. 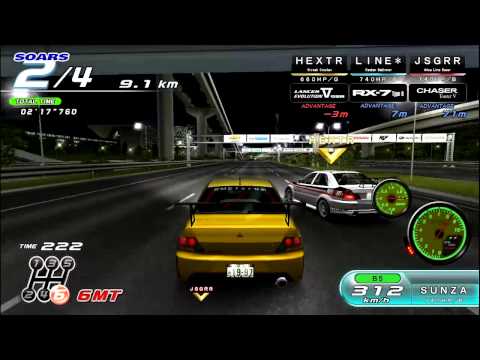 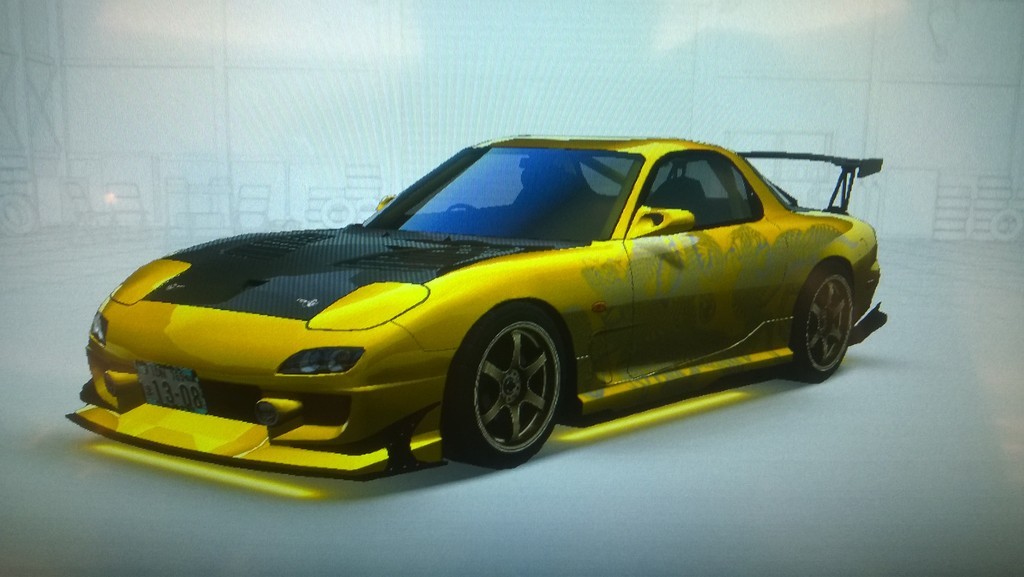 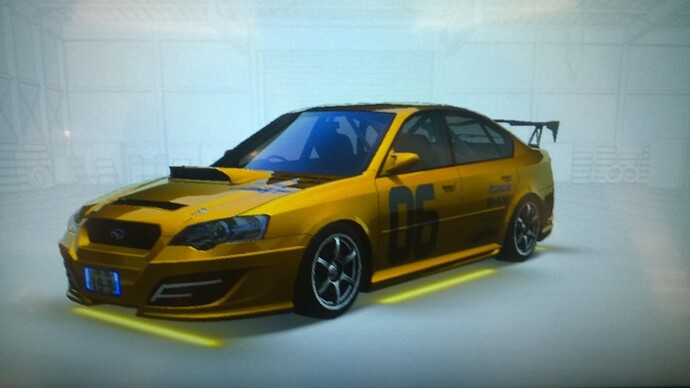 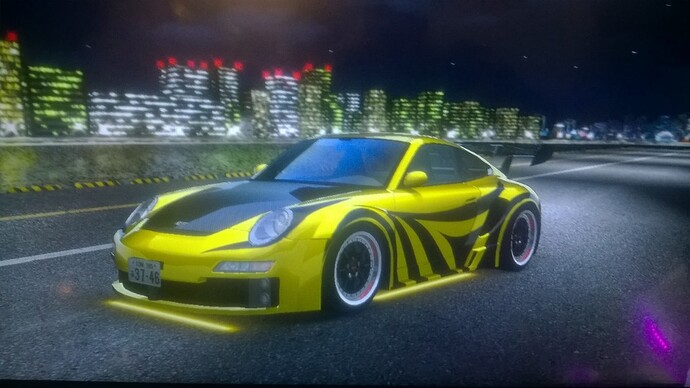 @koolkei Tell them how expensive the game is

I basically funded half of my collection off of the races I won in that car.

Also, the Caterham; Class A spec vehicle for £50k

Tell them how expensive the game is

saying number is not significant enough
let’s just say, it took about 70% of my allowance 1 time. and i only progressed sideways

Mine would probably have to be destruction derby arena. It came out way back in 2004 and i remember me and my brother would rent it all the time to play on our ps2. It was such a fun game to go and mess around on. I ended up finding out my cousin owned it and that he wanted another racing game i had (sled storm which i also really enjoyed) so we made a trade and so now I still have it as well as a ps2, and my brother got me a copy of sled storm last year for christmas so i also have that for some more nostalgia. 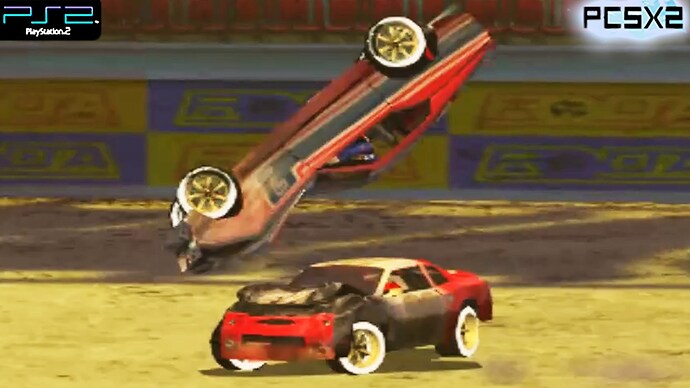 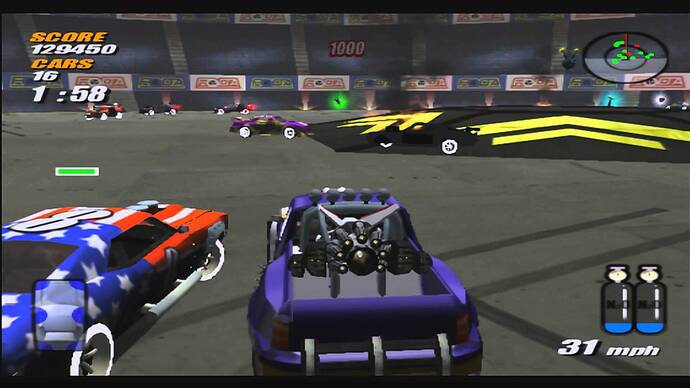 maxresdefault.jpg1920×1080 130 KB
Another one of my favorite games is burnout revenge (definately the best burnout btw) racing down the streets crashing into the back of traffic and watching fly everywhere, the fast pace was just amazing. It also has possibly the best video game soundtrack ever. Pictures are hard to find as their all extremely blurry due to the game being from 2005 and to improve the sense of speed within the game. 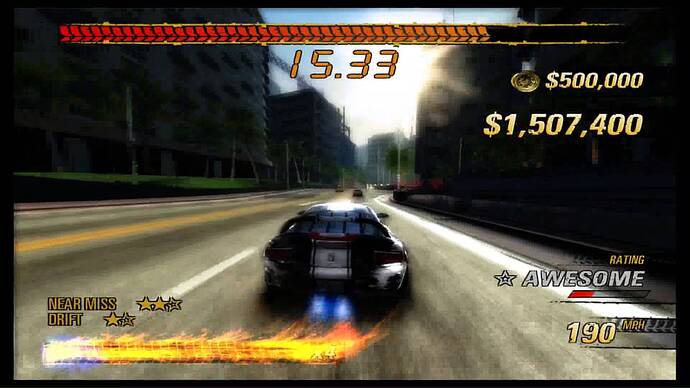 NFS Most Wanted was the first NSF game I ever played, and its one of my favourites. That being said, its position on the top spot has been ousted by Forza 3, mainly because I managed to fit the engine from the Ford GT into the Ford Fiesta

. I beat Ferraris in that car…

saying number is not significant enough
let’s just say, it took about 70% of my allowance 1 time. and i only progressed sideways

I spent over 2 mil on each car

as close to being literal money pit as possible

i love the CMR series and subsequent Dirt releases

also, Grid Autosport and Driver: San Fransisco until they crapped out on me.

Me being poor (being poor in a poor country, think about that) I’m limited to psone games from my childhood and the occasional pc game that doesn’t require a high-end pc or wheel.

Gran Turismo 2 for psone
Because it was awesome to be able to tune your car! Also tons of cars to buy and probably the better handling physics for a console game of that age.

A game that I had some great fun with it was Interstate '82. It’s now very dated, and maybe not as popular as its predecessor Interstate '76. Yet…
it’s set in the early 80’s and contains weaponized cars! There was just something intriguing to that.

One could customize which weapon is placed where!

Jesus, you can even drive on the water! 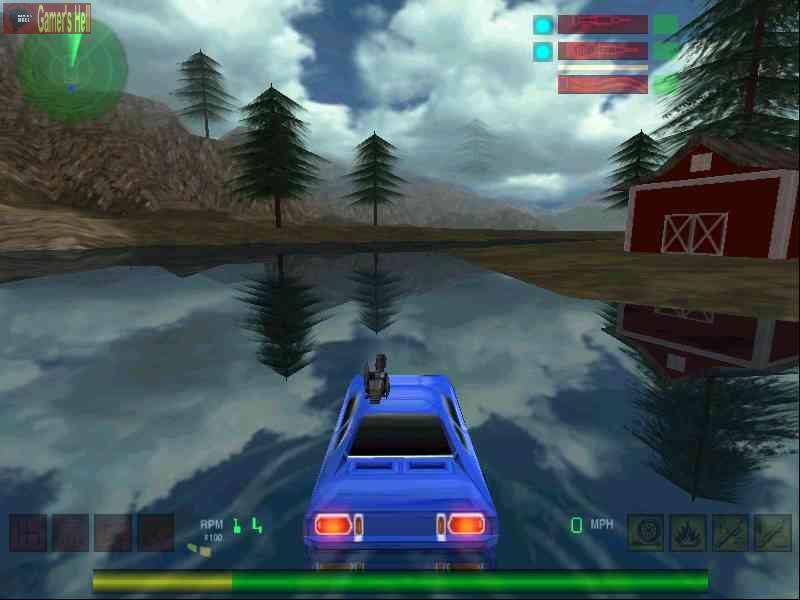 My all-time favorite racing game.
Arcadey, cop chases, movie stunt racing, and the big world of San Fransisco and London. The damage modeling, as simple as it was (just a decal overlay) combined with items that could be broken off (side mirrors mainly)…

This was The single most played and enjoyed game of my childhood. That was before I learned how to mod it too! The Modding community is still alive (somehow) with at least a new car every week. I still play this game from time to time. 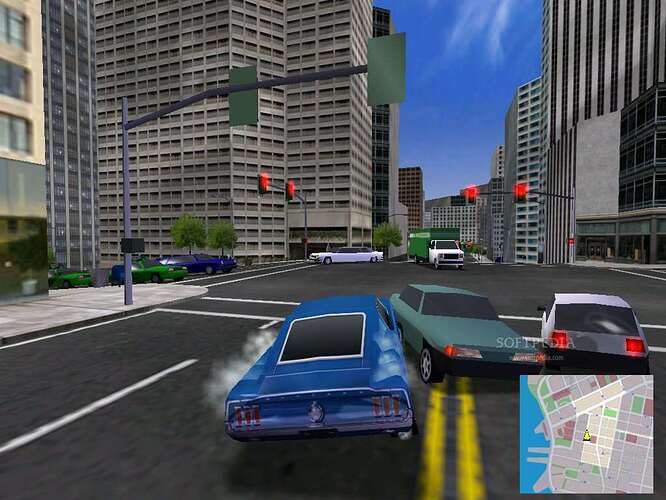