YOUR most powerful engines

pfffft!!! reliability what is that?

In this thread show off your beefiest, mightiest engines that make normal engines feel inadequate!
if you can make them have reliability then that is a plus too. 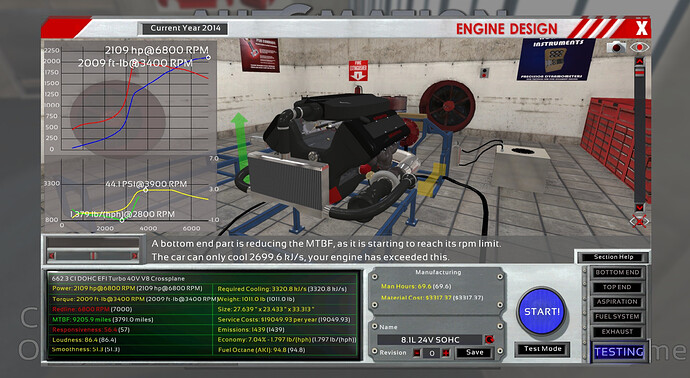 Jammy, I think that similar threads to this do exist, though from the looks of it, they’ve sort of reached an impasse:

That being said, I think the real challenge is to find “most powerful engines you’ve dared to put in a car and try to make a working model out of”, which is precisely what my “company” attempts to do

ok, I did not know if those threads where still active or not, ill start looking!

I think we all ready have found the maximum output for all the engine types.

These are my personal records and i realy think this is the max possible output.

anyone have a video of how to to build that?

over 3700+ HP whas possible but only on the older versions of the game.

My total record is 3695 HP, but lost that engine after i formated my PC.

But here is another engine close to whit 3692 HP (i just cant remember how to get the last 3 HP out of it). So it is deffently possible to get very close to 3700 HP.

What part of the engine designer was changed to reduce maximum power outputs?

i dont now. That you must ask the developers about.

But over 3700 whas possible and this proves it. Please note this is not my engine: 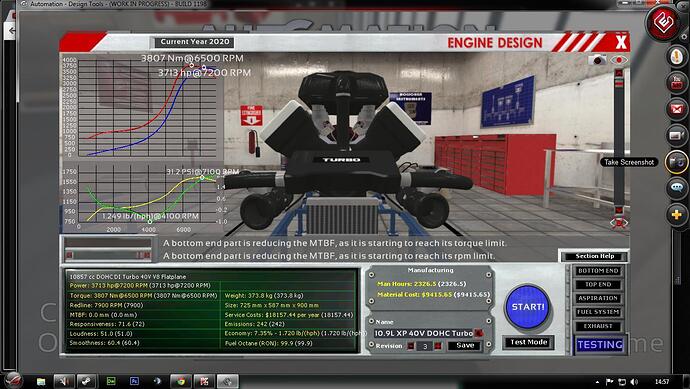 3731 HP is the most i have have seen. But that was in very early game version.

[quote=“skylineGTR34”]i dont now. That you must ask the developers about.

But over 3700 whas possible and this proves it. Please note this is not my engine:

I posted that ages ago when I was new to the game, had no idea it was up there with the record holders

Well my two most powerful engines:
The first gets more power obviously due to size.
The Cita Motors 10.9l TURBO 8Matic 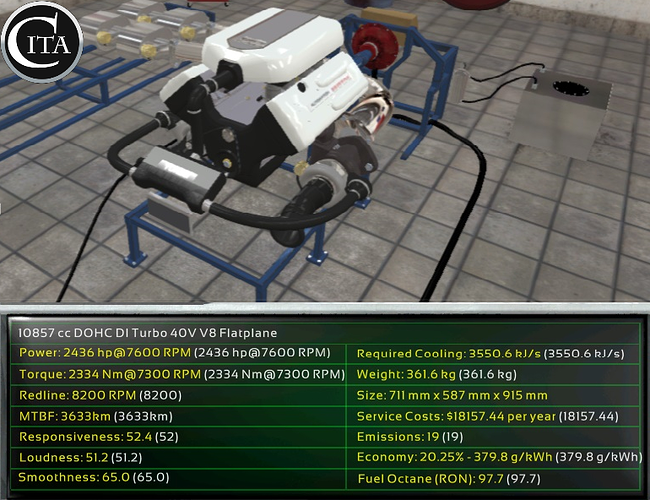 And this one i’m more proud of.
My inline 4 engine that managed to be able to make a luxury 5 seat saloon go faster than a veyron. 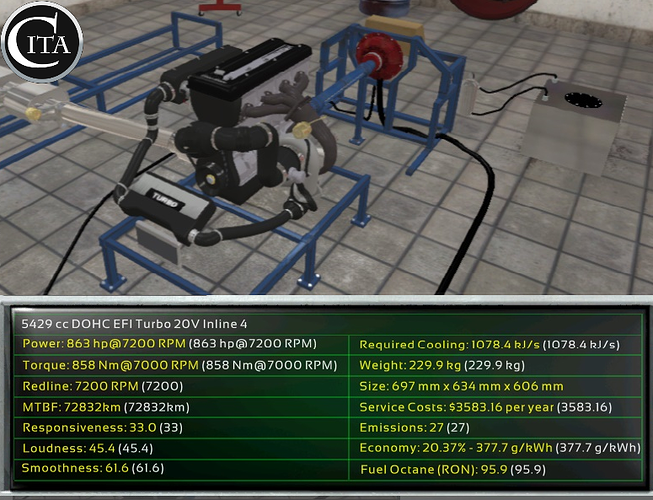 Can’t seem to get past that, though in general a much more lively engine. 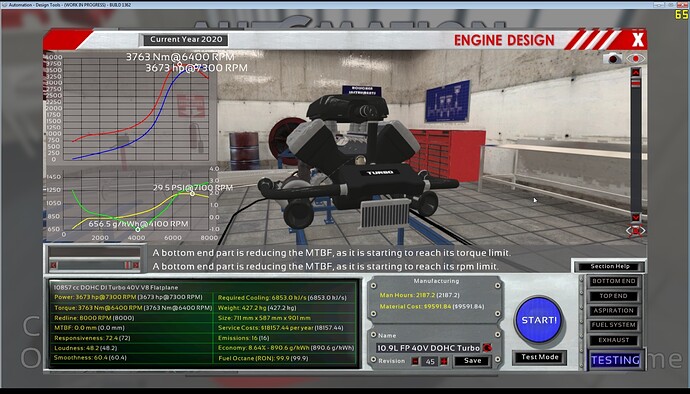 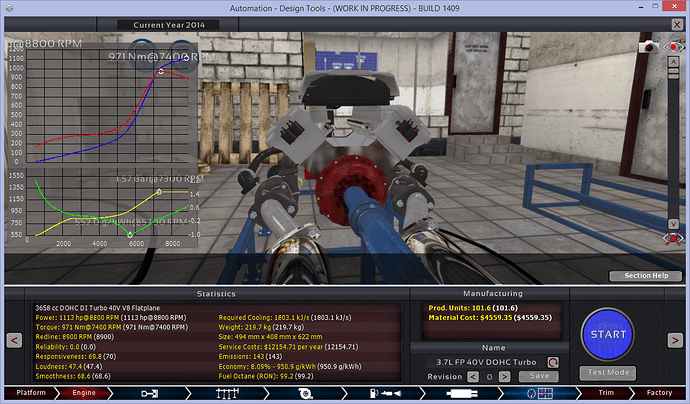 Not much for comparison here, but here is one I made recently. 100% street legal (with super unleaded requirements), and it’s NOT a turbo. Decent emissions and economy at least.

It also might be a tad on the loud side. 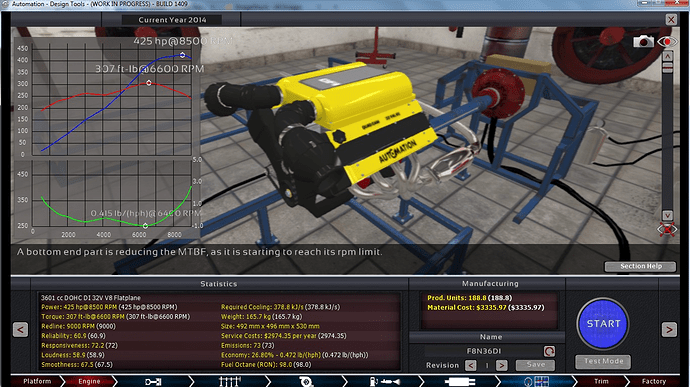