Zelo is a sports, super and hyper car brand owned by PMI LLC, and officially registered in Italy under PMI Zelo s.r.l. The brand is also marketed as PMI Zealous in the US.

Zelo was initially created as a Grand Prix motorracing team by Damiano Colombio and Rizzi Ioli in 1932, using their self-developed engines. Just after the Second World War, Colombio and Ioli restarted production with the development of a 2 litre V12 engine. While the engine was intended for the 1947 Grand Prix season, no funding was available to design a car around it.

The engine was sold to a local racing team, which created a hand-made aluminium race car, styled by Fininparina, the famous designer who later went on to design multiple Zelos. Next to race cars, twenty-six road-going cars of this type, known as the Zelo 122 C, were produced.

The issues in finding funding to finance their own racing team aspirations, rather than being a mere engine developer, brought Colombio and Ioli into contact with PMI Polloi. The PMI LLC headquarters saw a chance here, both for their own racing brand, PMI Racing, but to start creating a sub-brand for luxury sports cars. And thus, PMI Zelo was born.

1. Early Beginnings
2. The First Success
3. The Odd One Out
4. Conquering America 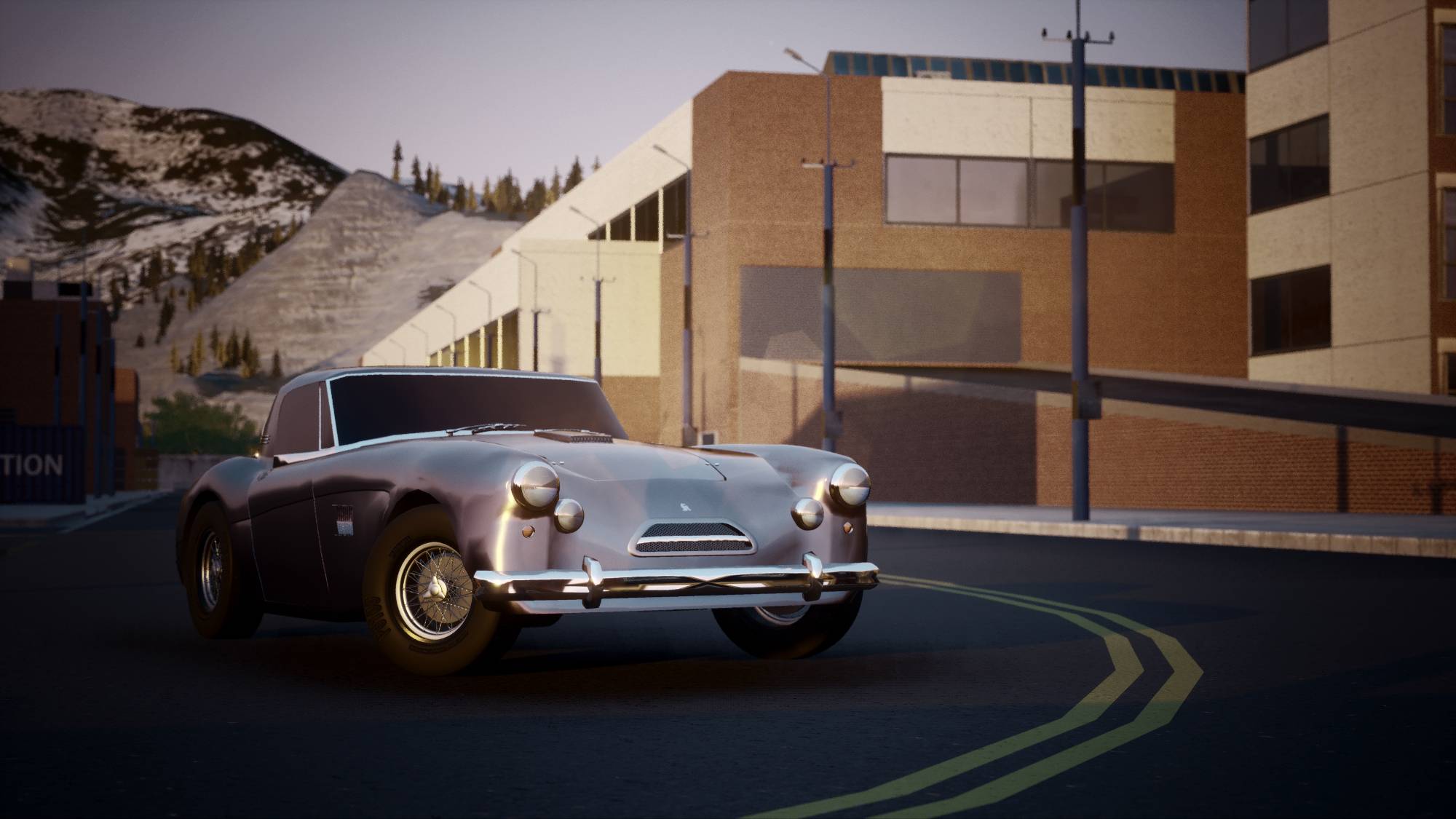 The first Zelo car featured a racing chassis and a Fininparina styled body, and was handbuilt by in a local workshop outfitting racing team.

Handling-wise, the 122 C was technically remarkable, with racing sway bars front and rear and finely tuned brakes, it did not suffer the twitchiness and nervousness of many of its competitors in the day.

Despite its exquisite driving abilities, and its success in late 40s, and early 50s racing, the car was very expensive and time-consuming to produce, and only 24 road-going examples were ever produced. 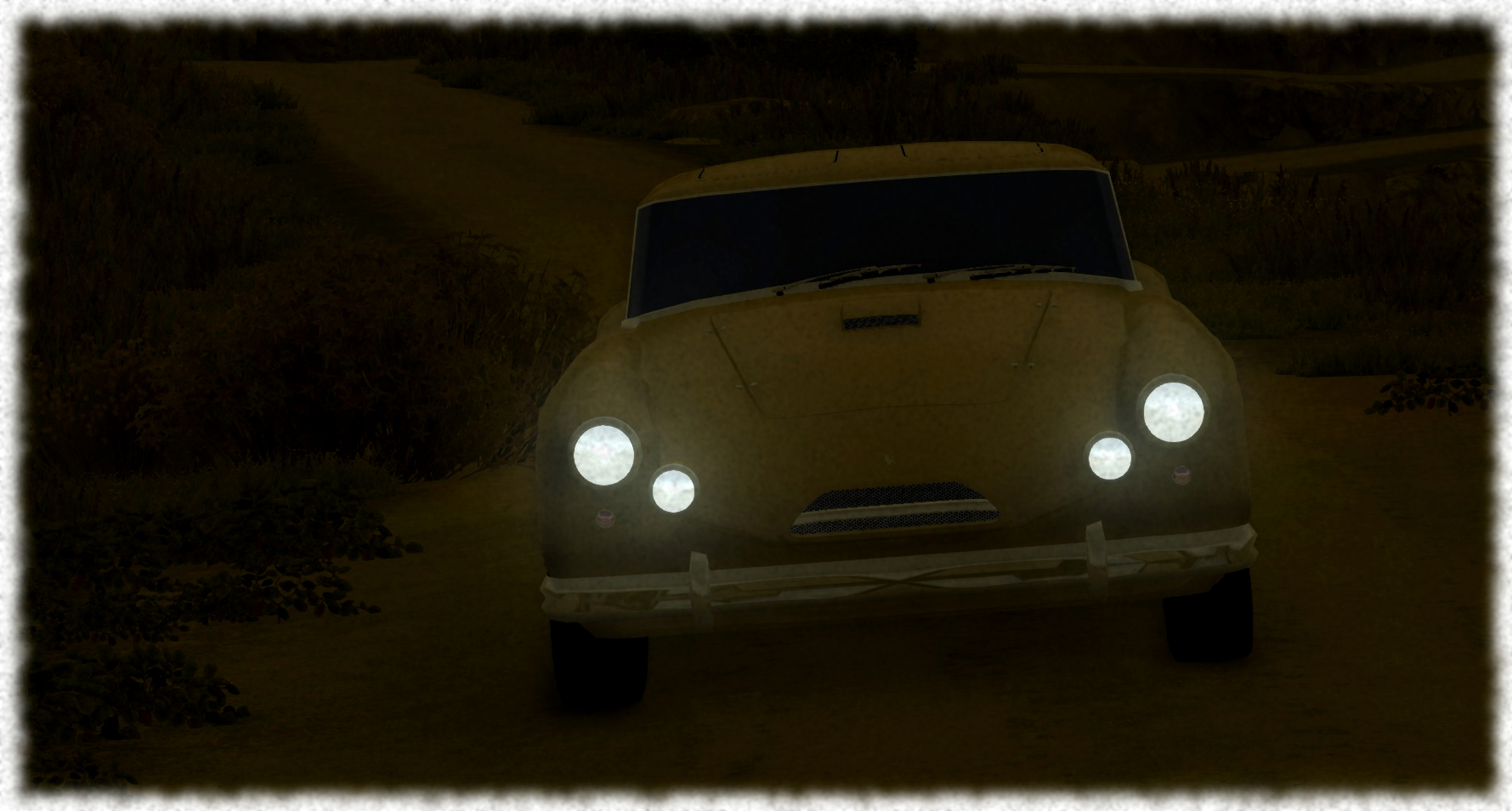 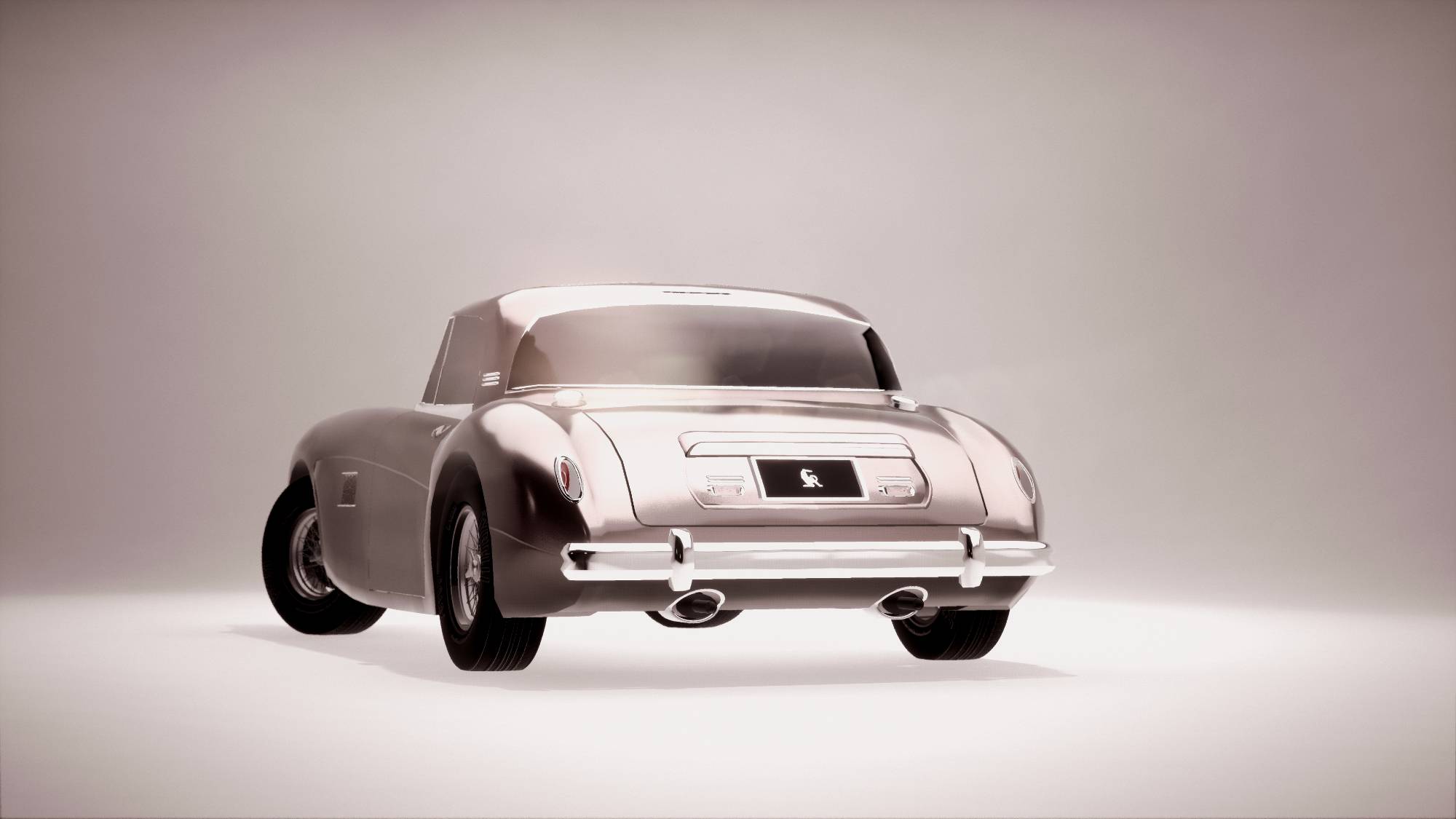 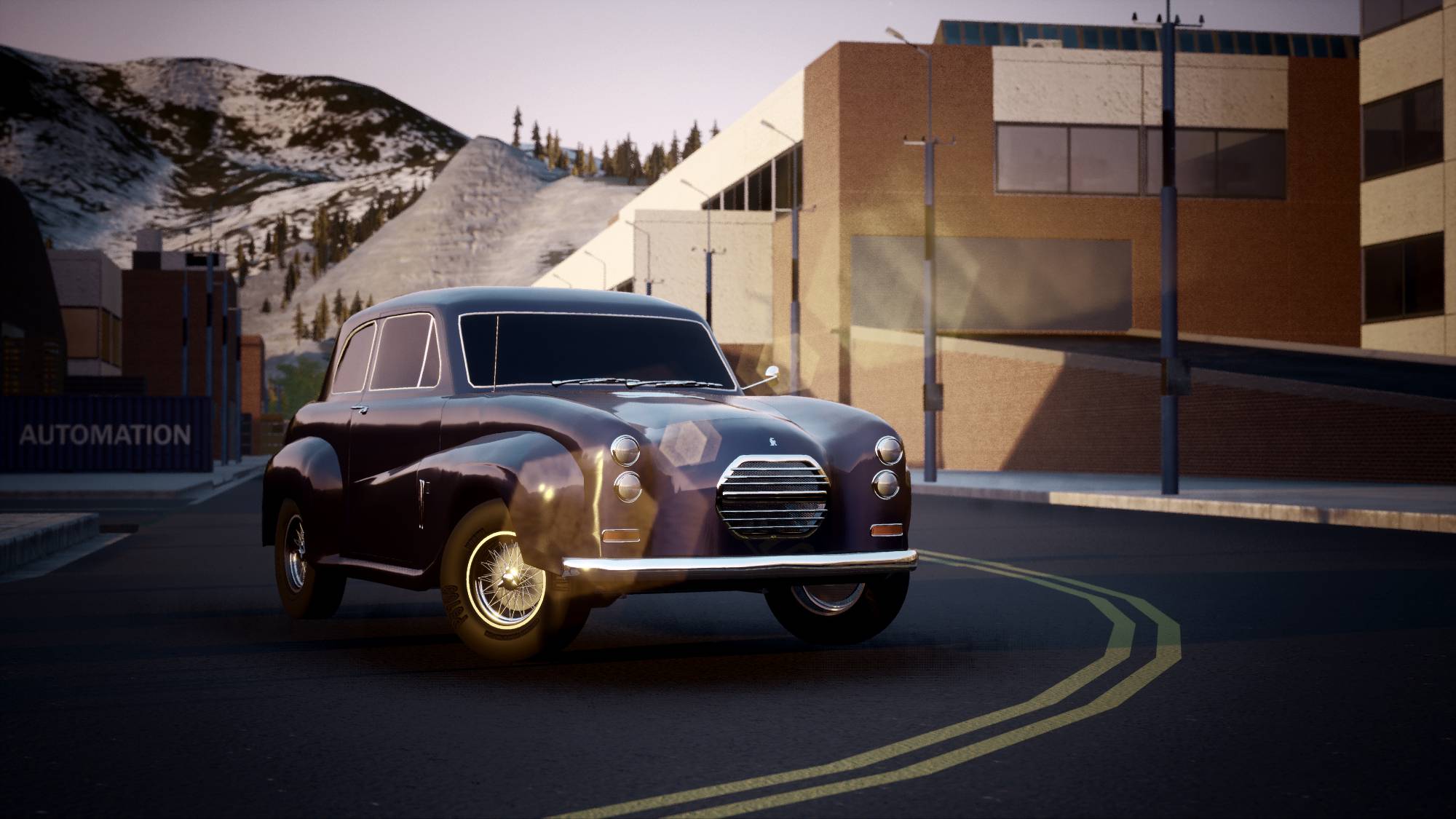 Using the same base engine block as the 122 C, but with a more road-friendly tune, a first true PMI Zelo car was developed. The Inter 122 S was not a sports car, but a 4-seater grand tourer, which luxurious interior. The 1995 cc engine now made a much lower 100 horsepower at 6100 rmp, but coupled to earlier accessible torque, with a peak of 158 Nm at 3200 rmp.

The chassis is a simple ladder frame with the engine and bodywork bolted on. This made the chassis available for coach builders, as well as other racing stall, which could modify the engine back into racing spec. 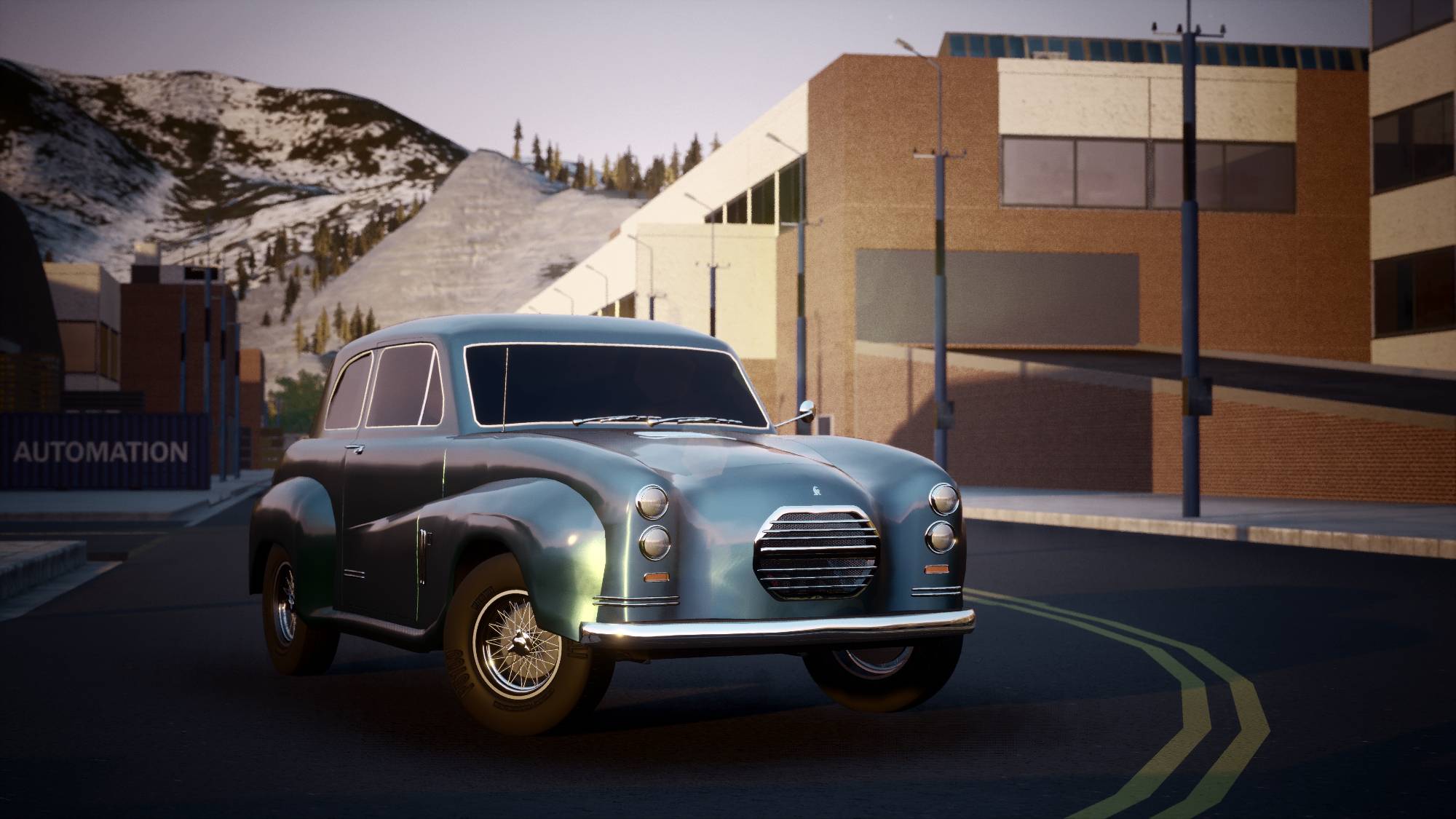 Production was slow and limited, but the cars, luxurious and easy to drive though expensive, found a limited audience among successful post-war entrepreneurs, celebrities and among diplomatic missions. 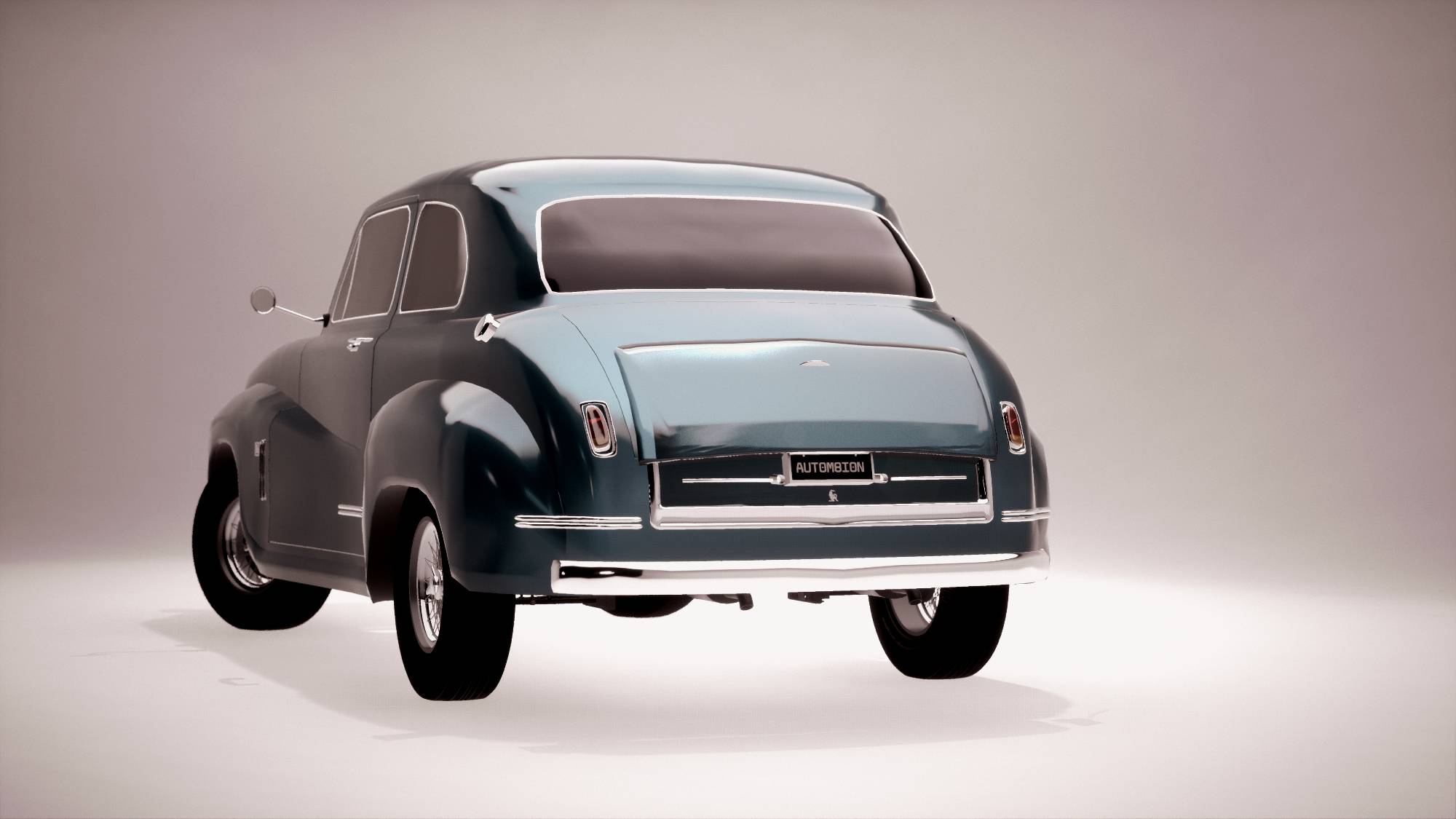 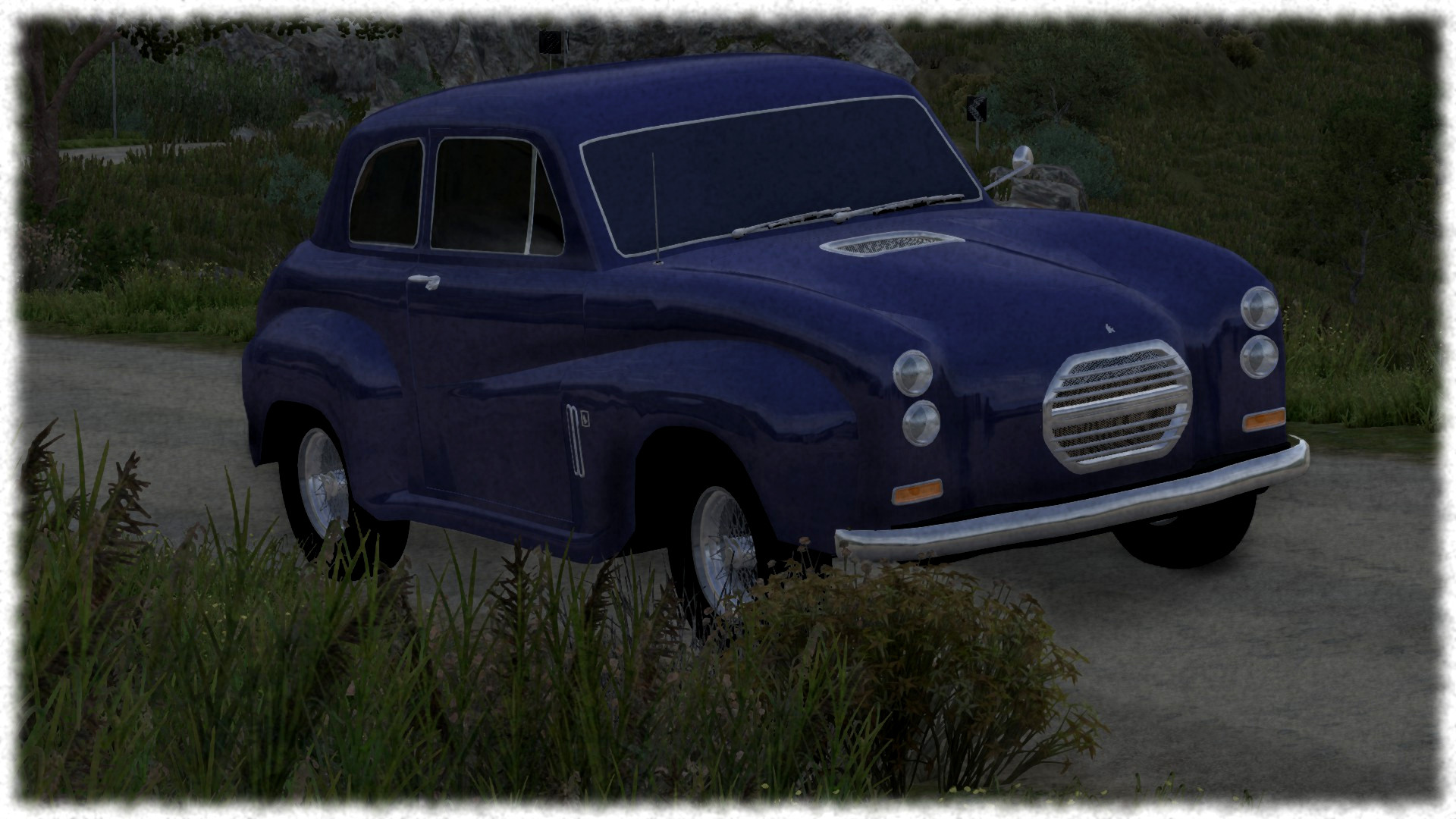 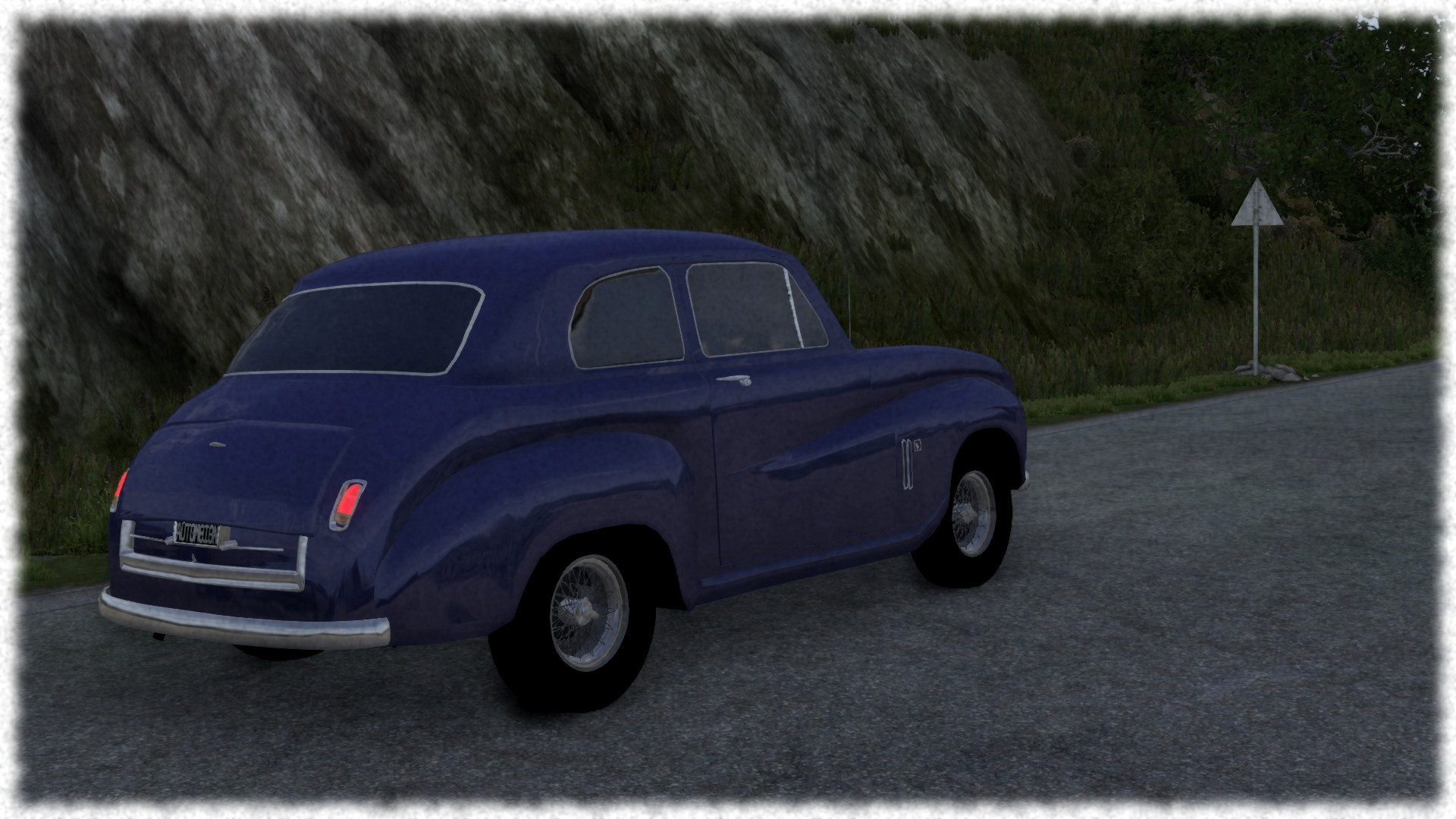 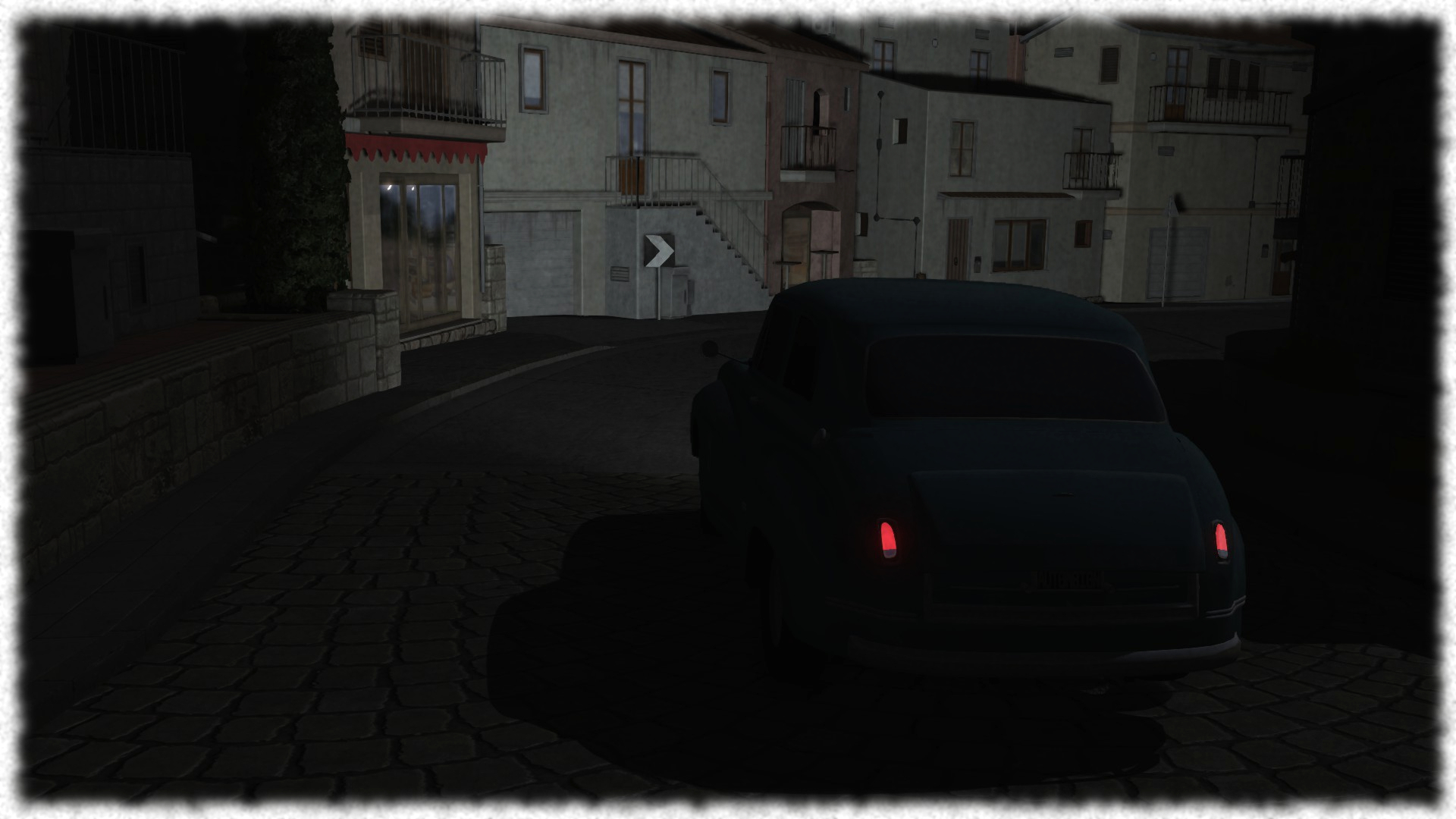 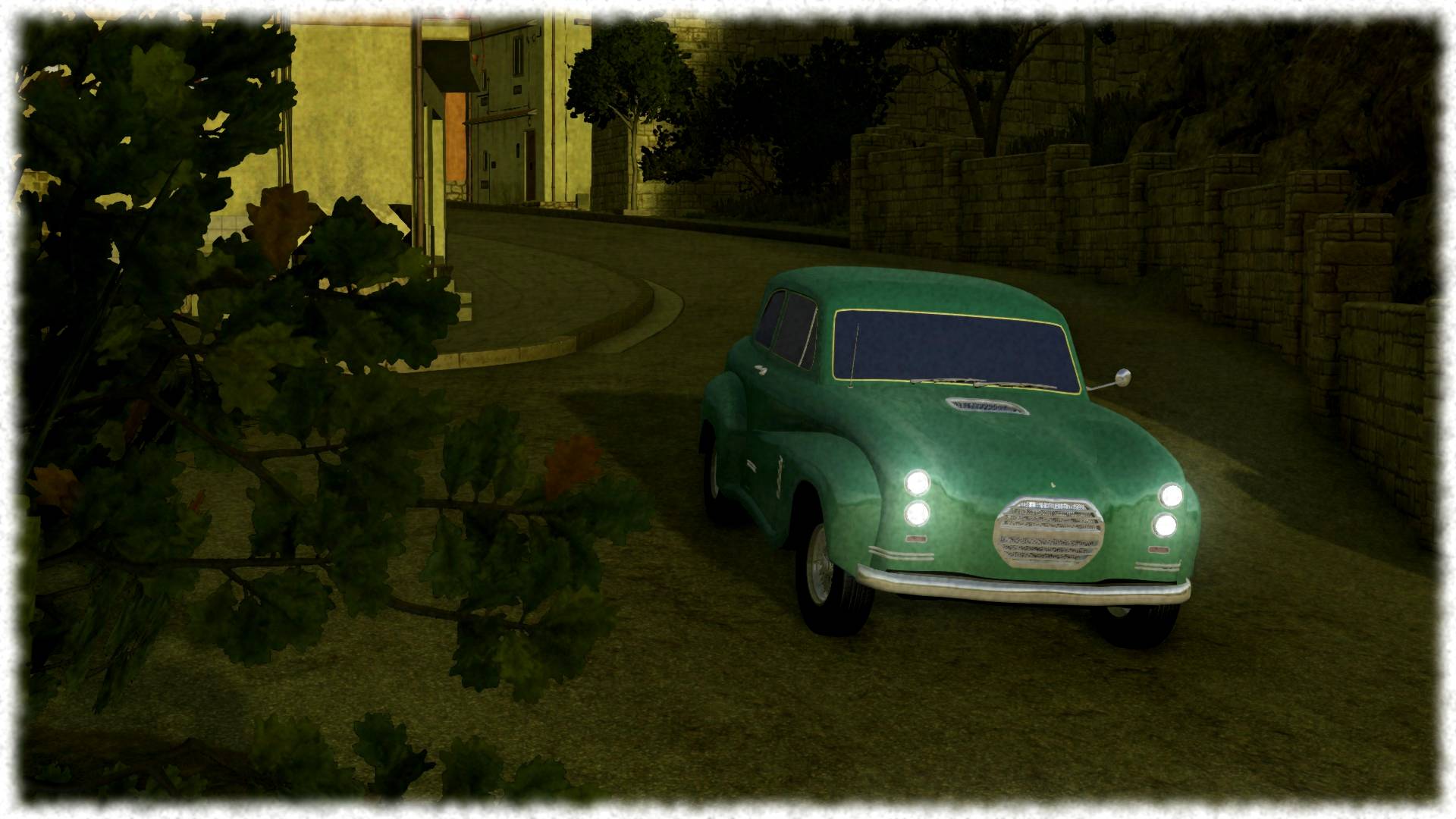 These early Zelos would be very sought-after today, and with competition provenance and exclusivity on their side, it’s easy to see why. 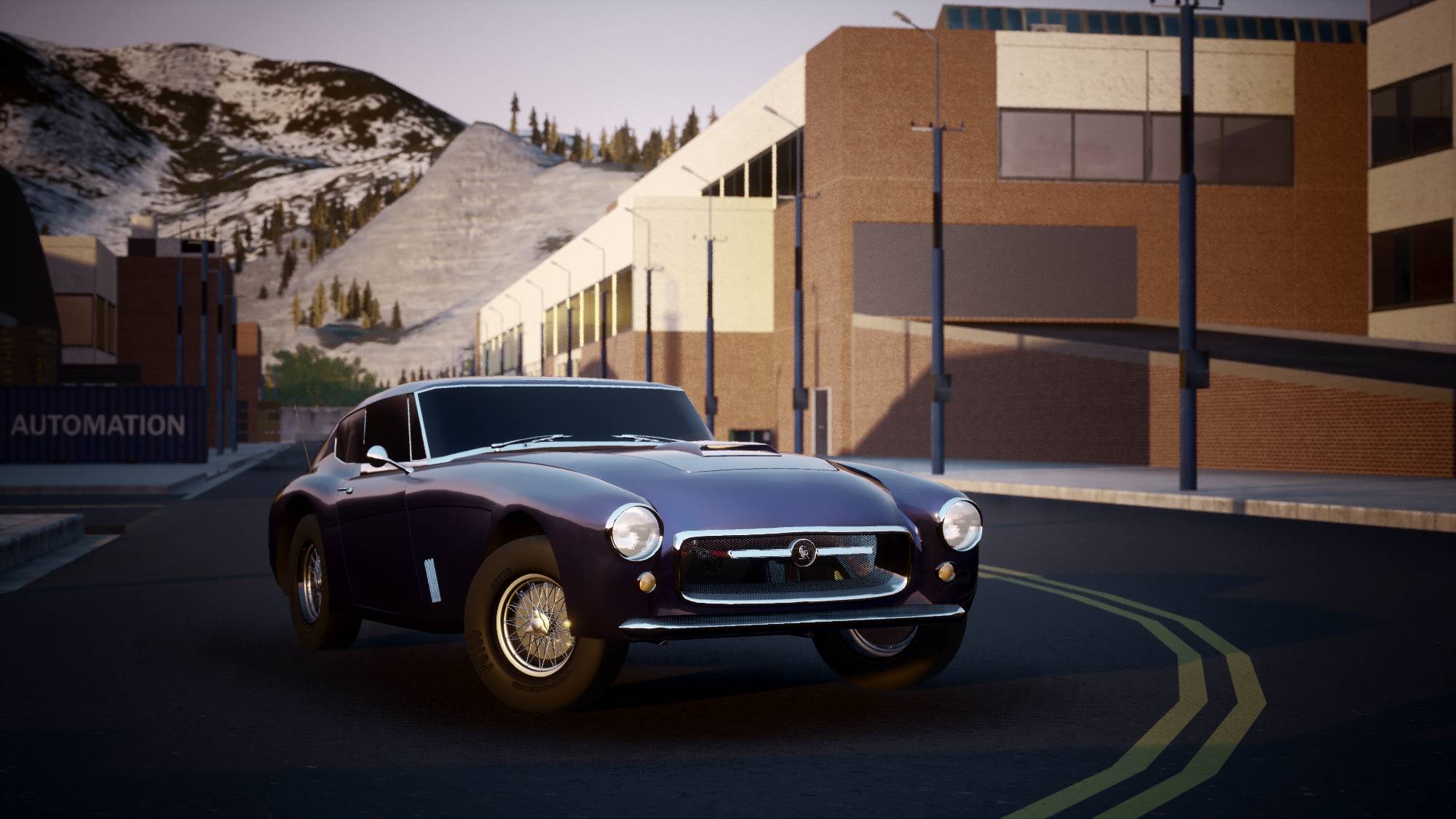 Rizzi Ioli was unhappy with the Inter automobiles. He found them lacking in styling, and betraying the duo’s racing pedigree. With the development on the way of a newer, larger V12 overhead cam powerplant, he sought out Fininparina to style him a grand tourer coupe.

The resulting car, the Zelo 252 Export, made use of the new 2563 cc (68,0 mm x 58,8 mm) OHV engine, and with simply yet elegant design, it was to become the first poster car of Zelo line-up; an instant classic. The chassic was a monocoque, but the suspension was less advanced that its pure race-bred predecessor platforms, with leaf springs in the rear.

Colombio, unhappy to be left out of the design process and feeling passed, saw nontheless the potentional in the car. To ensure domestic sales of the Inter line-up was not disrupted, he vetoed sale in Italy itself, but marketed the car specifically for the export markets.

Biggest innovation was the 5-speed manual gearbox, transferring the 120 available horses (at 5600 rpm) to the rear wheels. The engine produced 194 Nm of torque at 2400 rpm, and was able to run optimally on generally available fuel. Later Zelos would require higher quality commercial fuel to run smoothly. 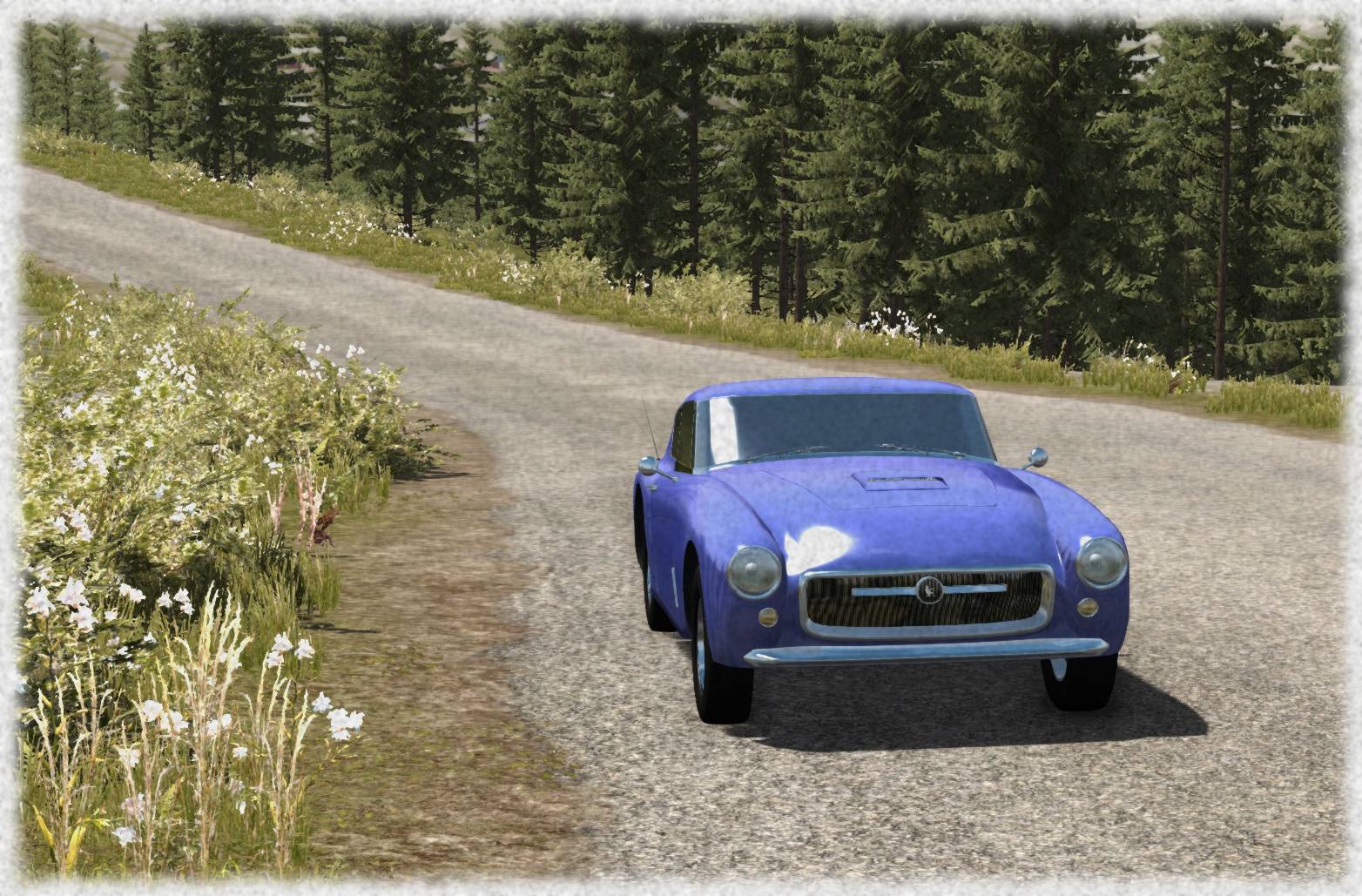 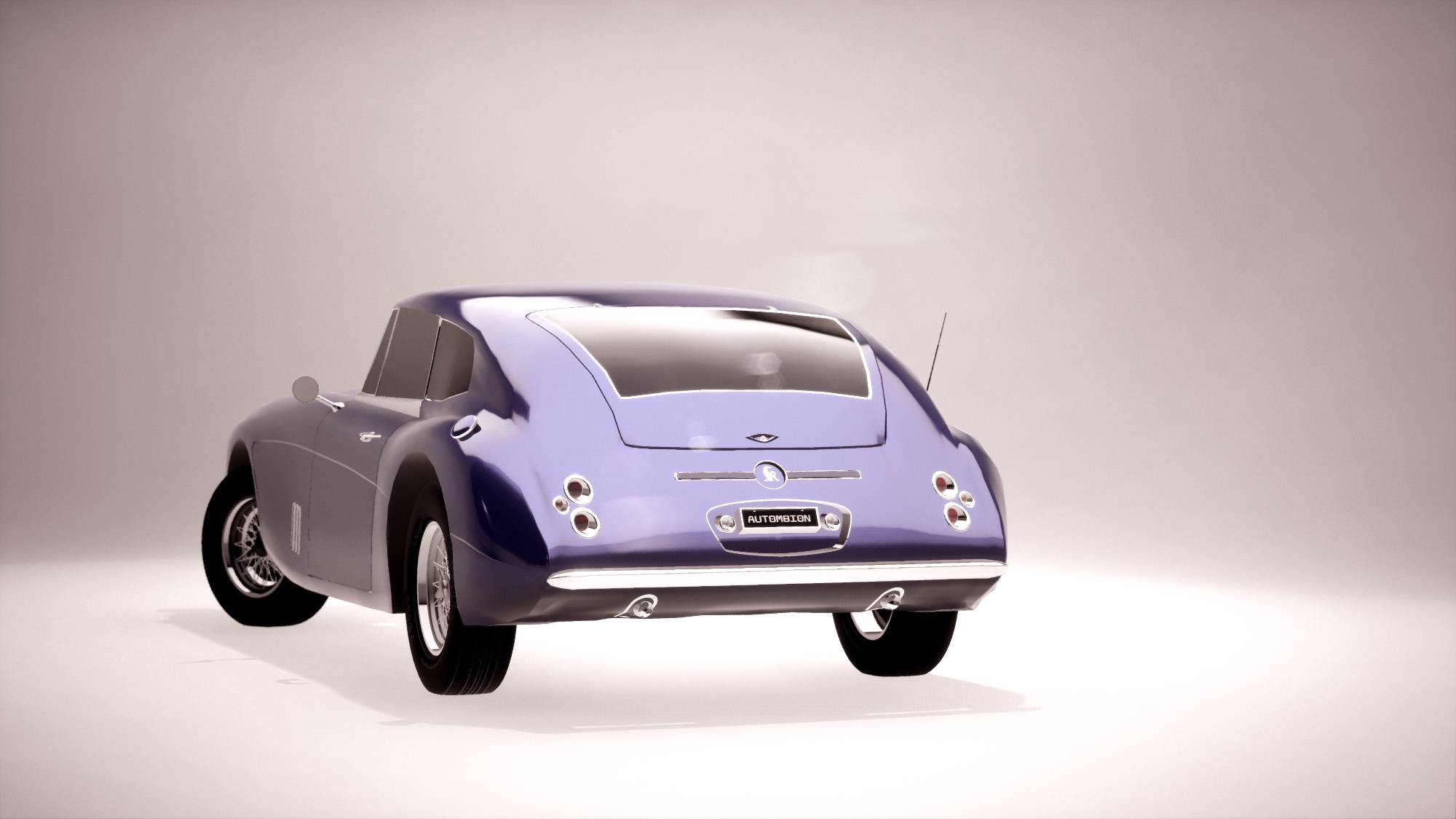 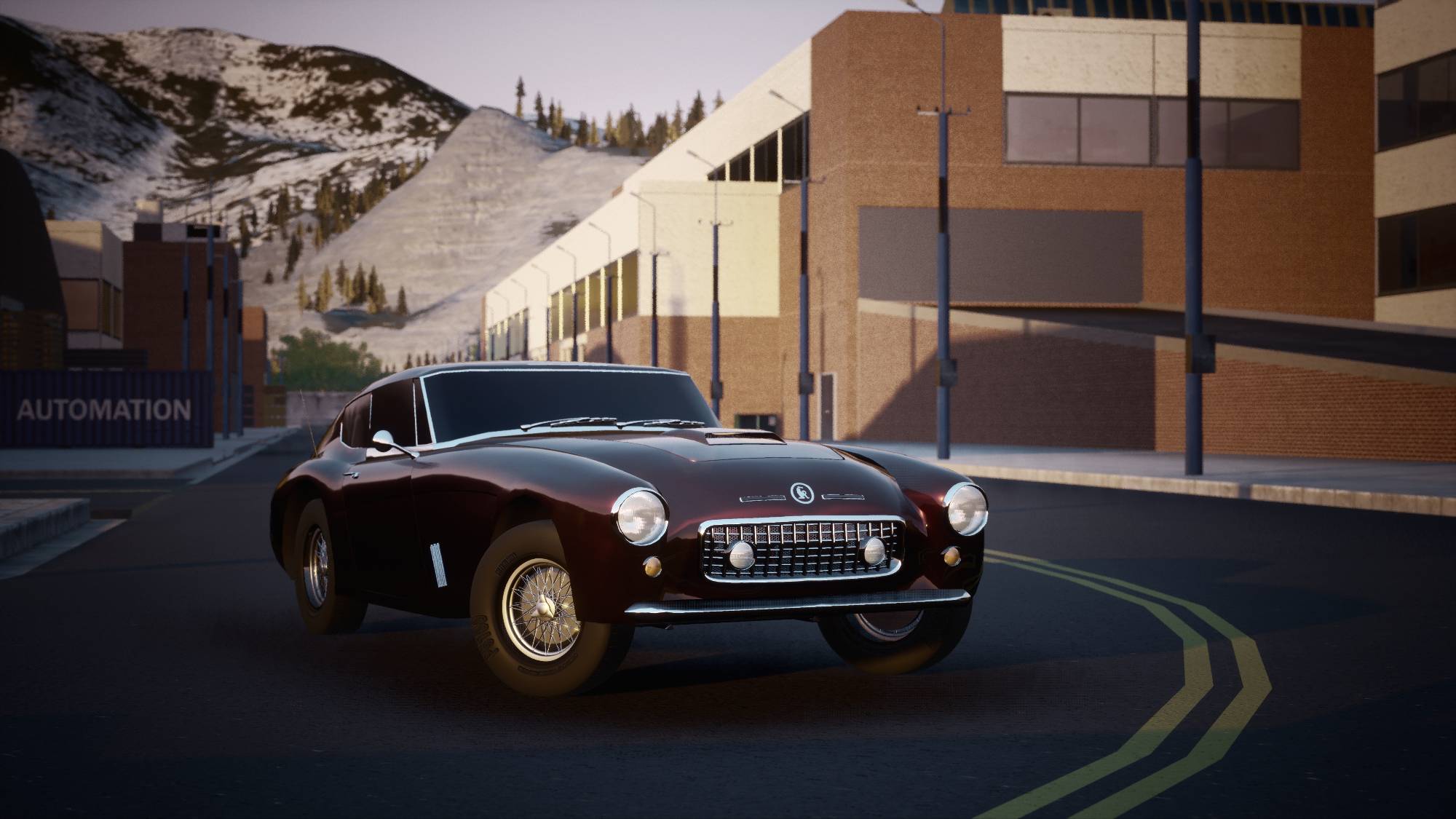 In 1955, the Export, as it was now know, despite also being availble within Italy at this point, received a facelift. The tail got longer and the front was slightly revised, with additional headlights built into the front grille. 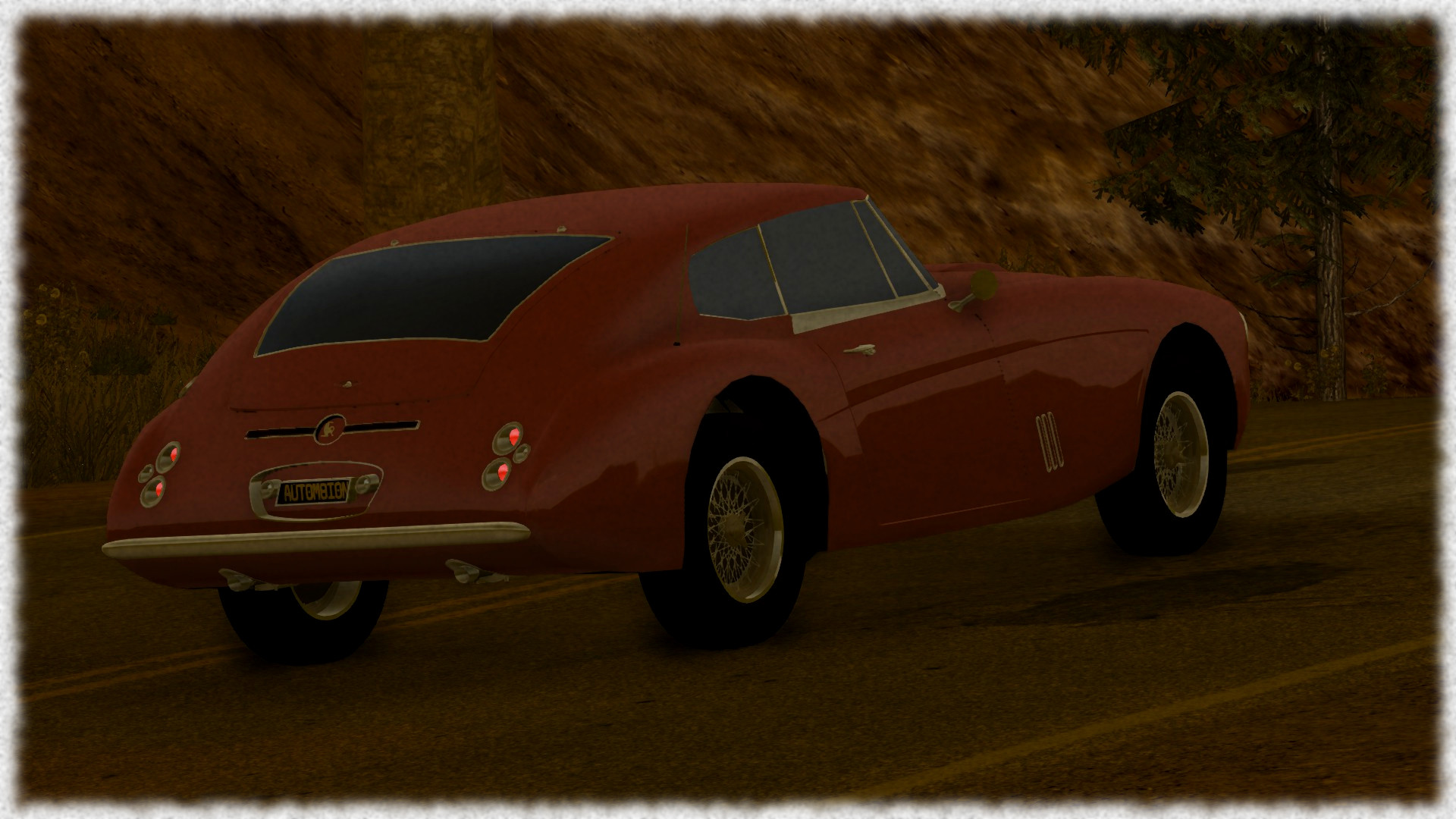 The 315 Export gained a following because of its performance, with a top speed exceeding 200 km/h. But the 252 Export remained popular as well, due to its more nimble performance and higher every-day usability. The larger engined car sent a lot of power to those rear wheels, and more than one example was totalled in high speed crashes. 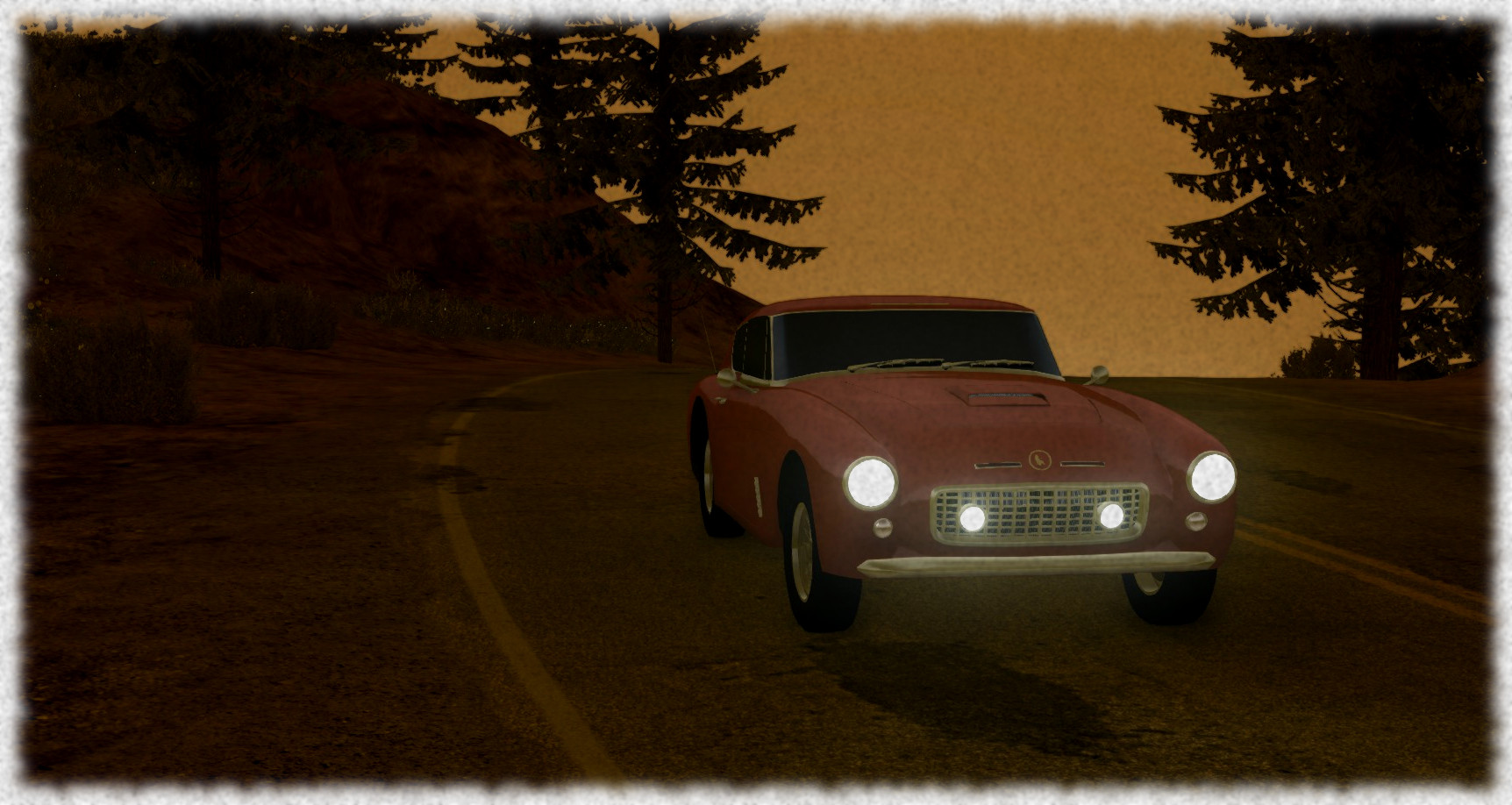 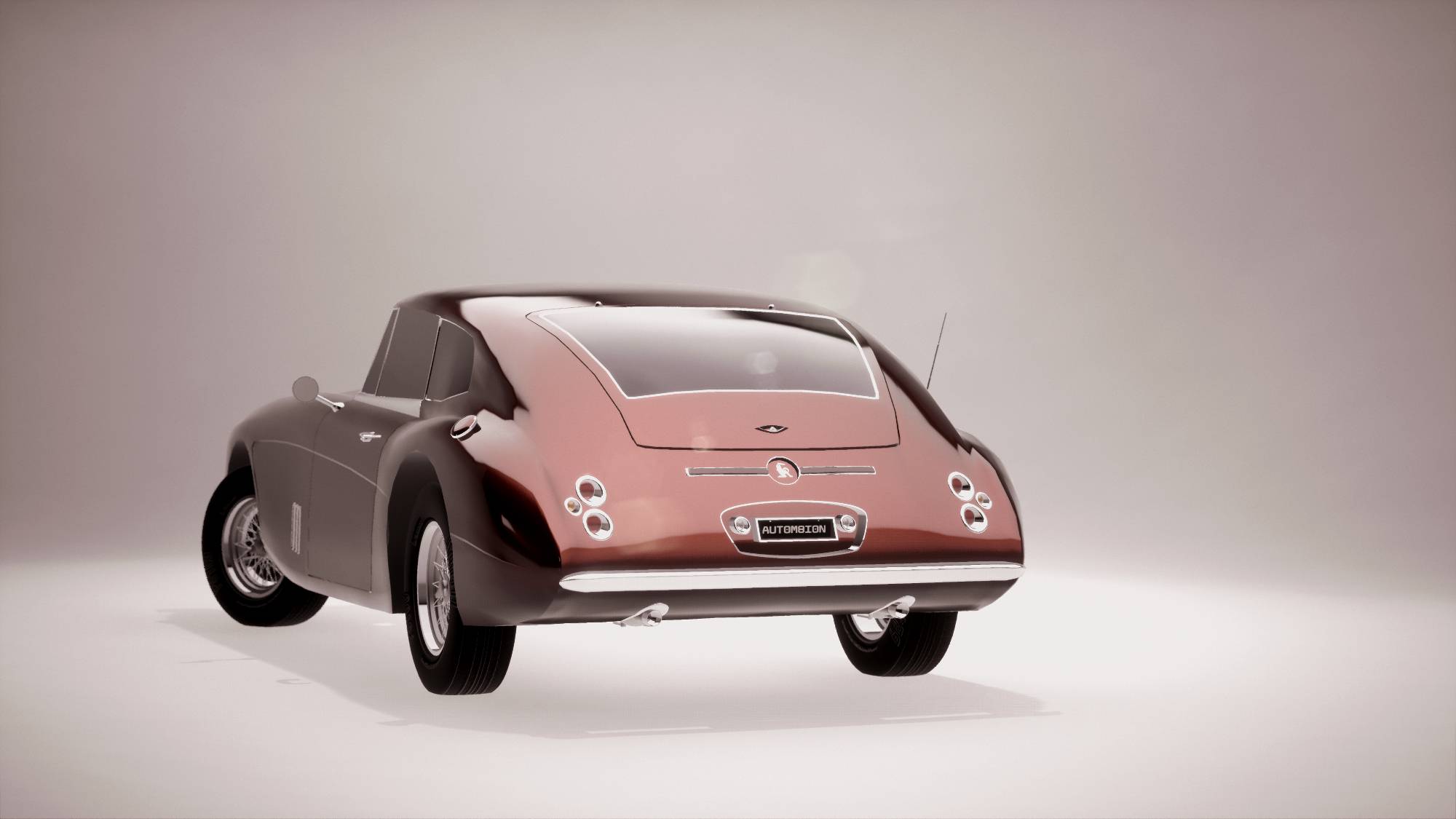 The Odd One Out 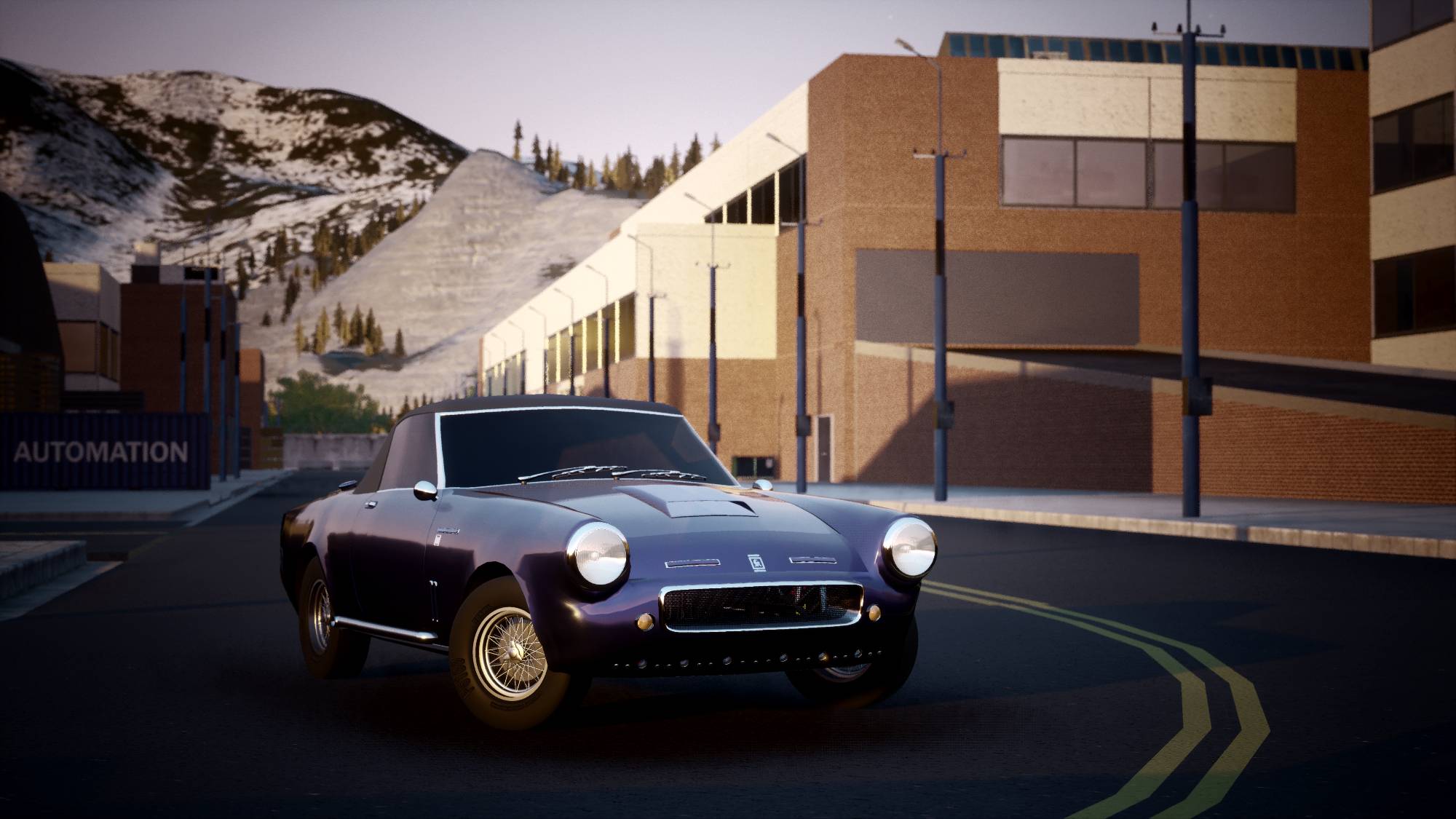 A bit of an odd one out, the Zelo 142 Competizione, which was released in very limited numbers in 1955. Not at first sight, with the concept itself based on the 1948 Zelo 122 Competizione: an exclusive light sports roadster with a racing-spec based engine. Even the naming refers to the iconic first Zelo.

Nontheless, two elements jump out, and are very different from any of the old Zelos. First, we have the chassis and bodywork, which in the case of the 142 are a handcrafted tubular racing chassis with fiberglass paneling. A sidestep away from the classis monocoque and steel construction for the normal street factory models in the mid-50s and onwards. 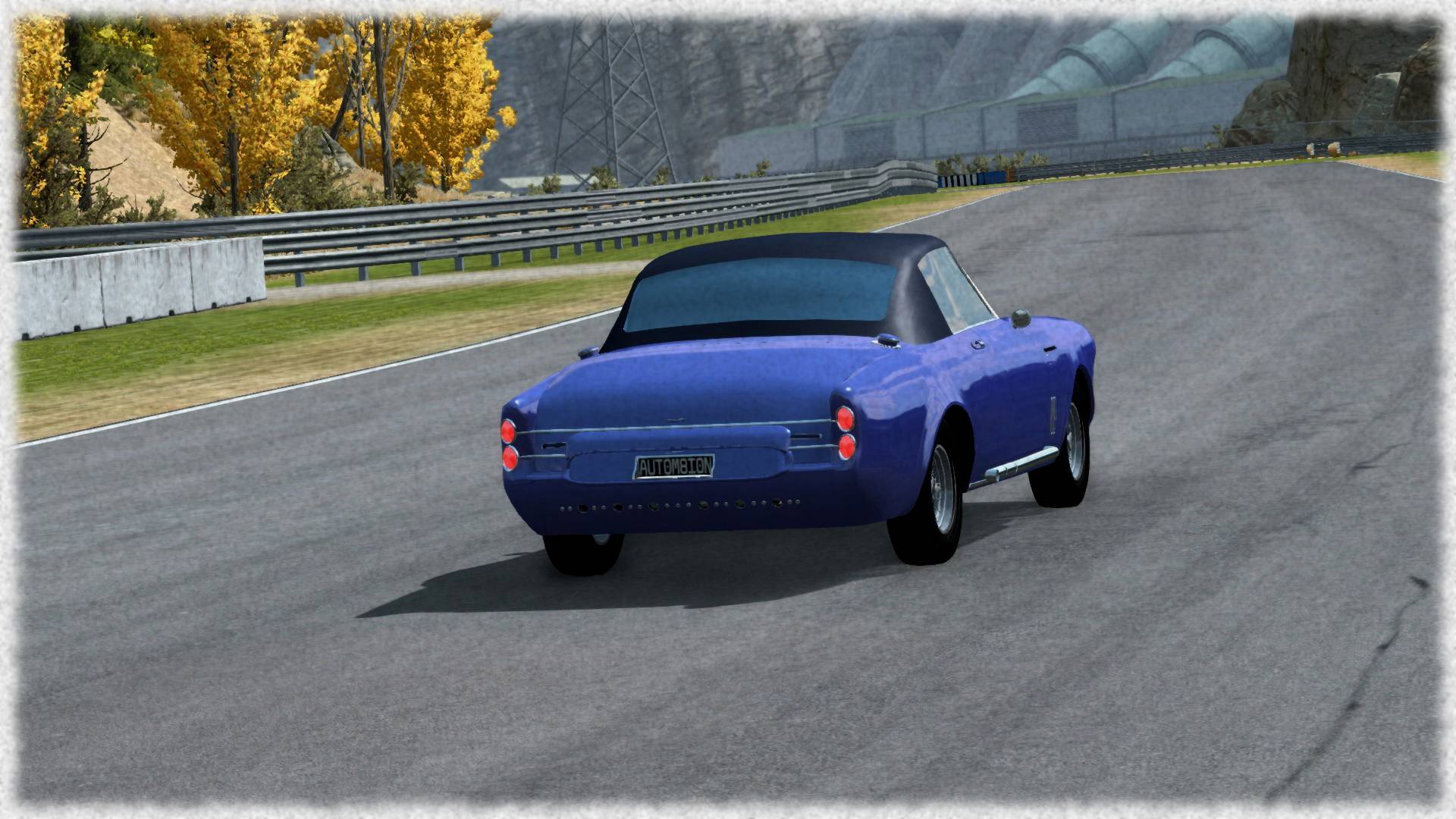 Secondly, there’s the engine: this is the first twincam Zelo engine. As such not that spectacular, since many later Zelos would feature twincam V8s, V12s, and V16s. However, this particular engine was not developed in-house, it was adapted from a PMI Polloi racing engine by Colombio, and as such is the only 4-cylinder Zelo-engine ever made.

The unique 1985 cc (90,0 mm x 78,0 mm) four-banger makes 170 horsepower at 6100 rpm and 206 Nm at 5700 rpm and is coupled to the same 5-speed manual gearbox as in the Export series. Performance is smoother and more balanced than that of its spiritual predecessor from 1948, even if the numbers are not that much higher. The 2 litre engine itself was also used by PMI Racing teams in other projects, where especially its very good fuel efficiency for the time was seen as major asset. 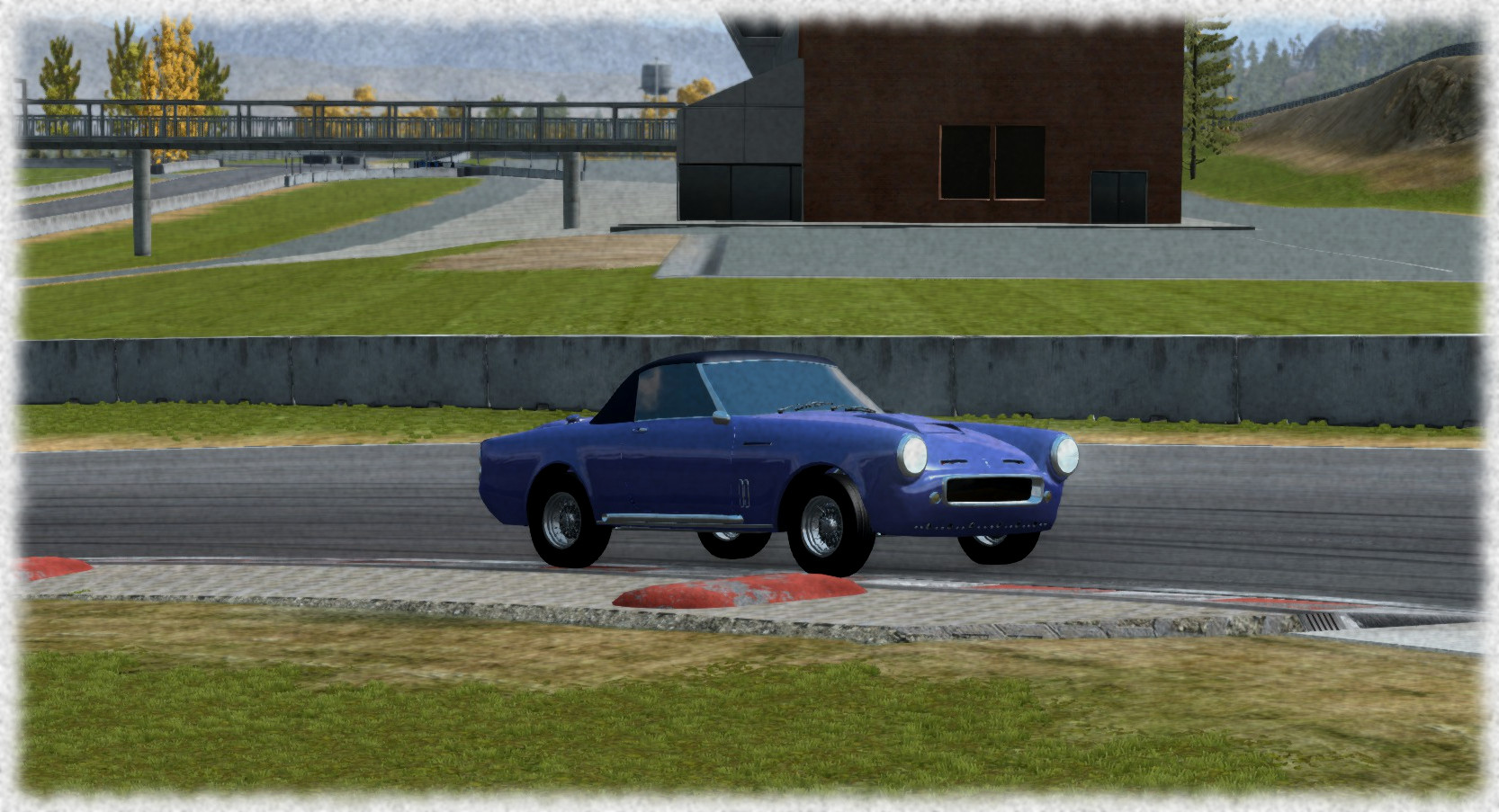 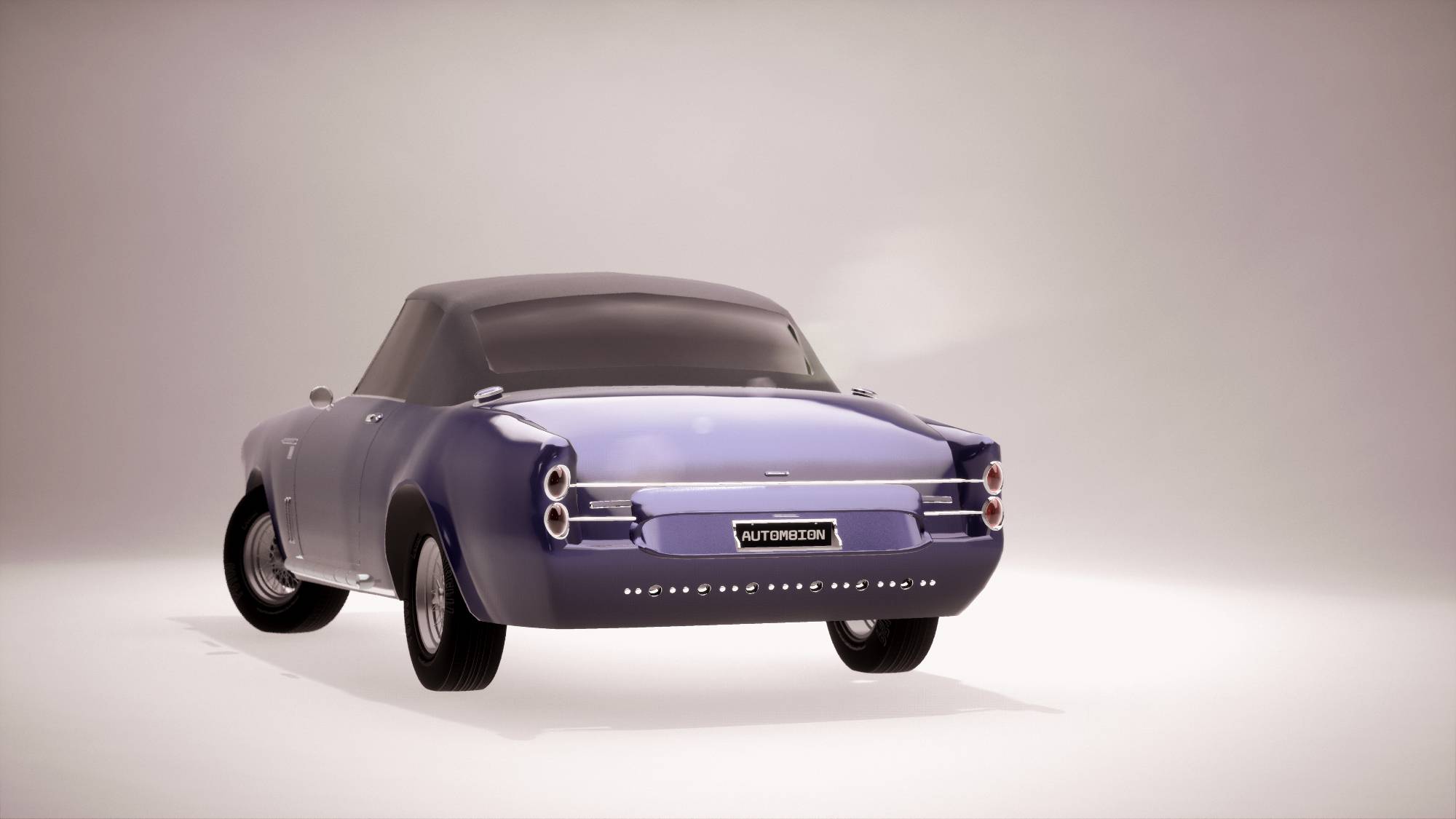 A PMI Zelo 252 Export and a 142 Competizione are now available for you to test drive.