Well, now i have to change my car to meet the changes, oh well, ill lose a bit of track time.

This line is confusing me.

So, what it is really saying is, no AWD on the race trim?

Probably should have started out with that at the beginning of the line.

Got it now, though. Thank you.

lol yea. Was just making sure you understood everything… and np

Well, I didn’t mean your response. I meant the rules. hahaha But thank you again.

Contendiente is proud to present…the Gladiador Race Car, which is taking on the ATCC Championship this season. Although heavy, it has a powerful engine and a RWD drivetrain for maximum agility. With it’s finely tuned suspension parts and an inmediate response from it’s 2 liter, 20V inline 4, we hope our car can put up a good fight against the other manufacturers’ machines. 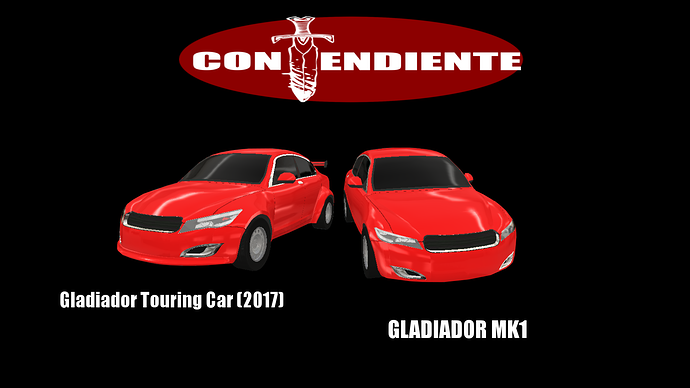 This is the Gamma Havoc GTL Touring, the car that GTL Racing Team will be entering:

Contendiente is proud to present the definitive edition of the Gladiador Touring Car. Faster, corners better and has improved fuel economy. 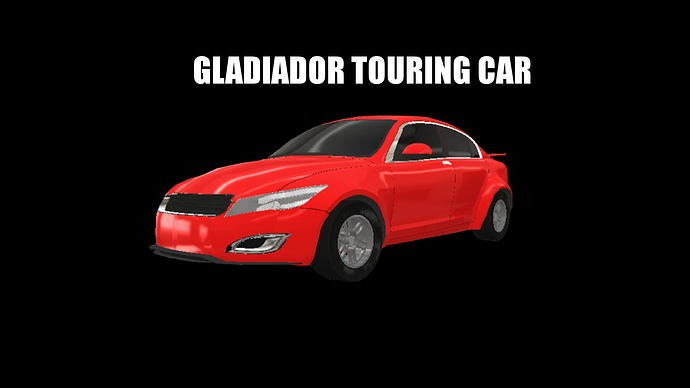 Driver’s backstory: Heckler’s grandparents fled Germany after the rise of the nazis, just before WW2. They established their new home in New York, USA, and had children. Decades later, Heckler was born. His grandparents taught him the German language and their culture, and soon after he was legally adult, went back to Germany to claim his German nationality, and join the army.

He would later be deployed in the Middle East, in order to support the American troops. It was during this time that he realized he had a gift for driving. He was the best driver in the squad, and could stand heavy pressure while driving, like enemy fire or squadmates bleeding to death.

Once he could leave the army, he decided to try a couple of track days. He liked racing cars, and soon joined a race driver school. Soon after joining and winning some national touring car championships, our CEO noticed his skills, and decided to hire him for the ATCC season.

Is there a mandated interior? As in, the race version has to be anything in particular (same as road version, or specific type)?

ZMD will be entering the competition. That one looks like it came straight out of Forza, or any other racing simulation for that matter.

So, if you don’t have problems, you create them, right?

Which car should i go with… FWD hatch, lousy starts but damn fast… or RWD hatch that corners like a beast, or RWD Sedan that combines the two but doesn’t excel…

While we’ve shown the livery of our entry to the ATCC,I wanted to edit it slightly…but I lost the photoshop file for it

. So Ive redone the livery and made it slightly nicer! (Warning Lore Heavy)

The Verona is one of Merciel’s longest running family of mid-sized sedans. The first generation Verona came in 1975, and while it was initially rather underwhelming, it was nice to drive and easy to handle. However, with the Generation 2 Verona launched in 1980, the car became very popular for its easy to modify 1.8L engine. The Generation 2 Verona was also the first model of Verona that ever went into motor racing, competing in the BTCC against British teams. The Generation 2 Verona would later get a facelift in 1985 and a new 2.0L Turbocharged Engine. In 1991, the Generation 3 Verona would be released. The new Verona would keep the same engines as the 1980 model, but had better handling and was easier to drive than the older model. The Gen 3 Verona would retain it’s popularity as an affordable sports sedan until 2003 where the line was replaced with the Merciel Renarde. In 2016, Merciel announced that they revive the Verona line of sedans, with the prototype models shown in October 2016.

Joining Merciel Sport Touring Car Team in 1998, Robson first gained his credentials driving Merciel’s LMP ‘Endurance’ 1 during the 24 Hrs at LeMans. He would later drive the upgraded ‘Endurance 2’ in 2003 securing a decent finish. From 2004 to 2006, Robson would compete in European Rally Cross driving for the Merciel Factory Rally Team. However, after 2006, Robson returned to the Merciel Sport Touring Car Team and competed in the BTCC until 2014 where he began racing in the WTCC.

The official ATCC arm of Leeroy Racing; the team will be running Bogliq Kitten’s against the best of Europe, Japan and the USA. 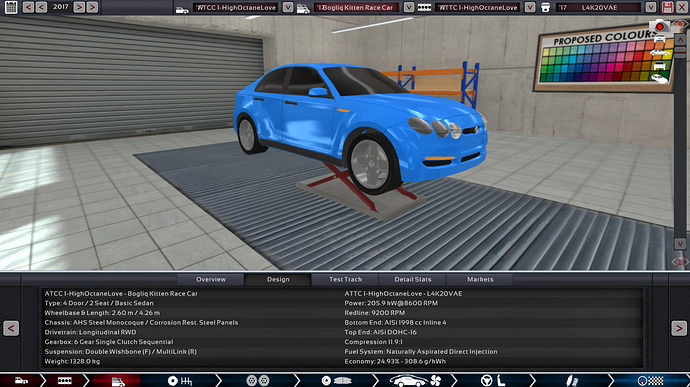 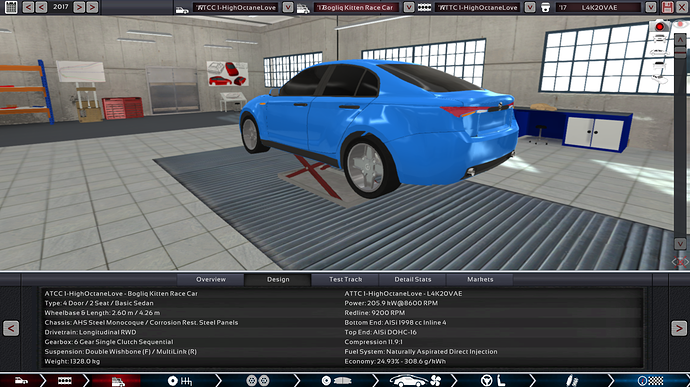 Loan Fierar, 21yr old WTCC hopeful, Born in Chisinau, Moldova. Loan arose from humble beginnings as a poor apprentice mechanic at his local Bogliq dealership by winning the Bogliq sponsored “Search for a Moldovan Senna” competition. Young, hungry for victory and with a lot yet to learn; only time will tell if Fierar becomes as much a household name in Moldova as Senna is in Brasil…