Shit. I’ll get them to you as soon as, Miros!

At the time of writing this, I’m helping with some joinery, so unable to access laptop at this time.

did a small styling job on the zap

Welcome to the first B-Spec race event. Let’s first start with the unfortunates. These users have not send in any car for the first race. They are welcome to join in later events.

Winners are per event as well as overall, so while the DNF here obviously almost means no chances for the overall score, there is still opportunity to impress in individual events.

It is promising to be an exciting race, with a very different pack of cars and specifications. The least powerful car had 64 horsepower while the most powerful one around has 95. But power is not everything in this racing category, so we’ll see if the results can surprise us after two hours of racing. Fuel consumpetion plays a big role here as well, with the little 5 liter tanks given to these vehicles.

Note: Bob’s Team has been tuned basically based on the available budget.

Impressive performance by the #33 Dragotec Via, partially helped by great fuel economy, brings it to the lead, inching close to 15 laps around the circuit after 30 minutes. 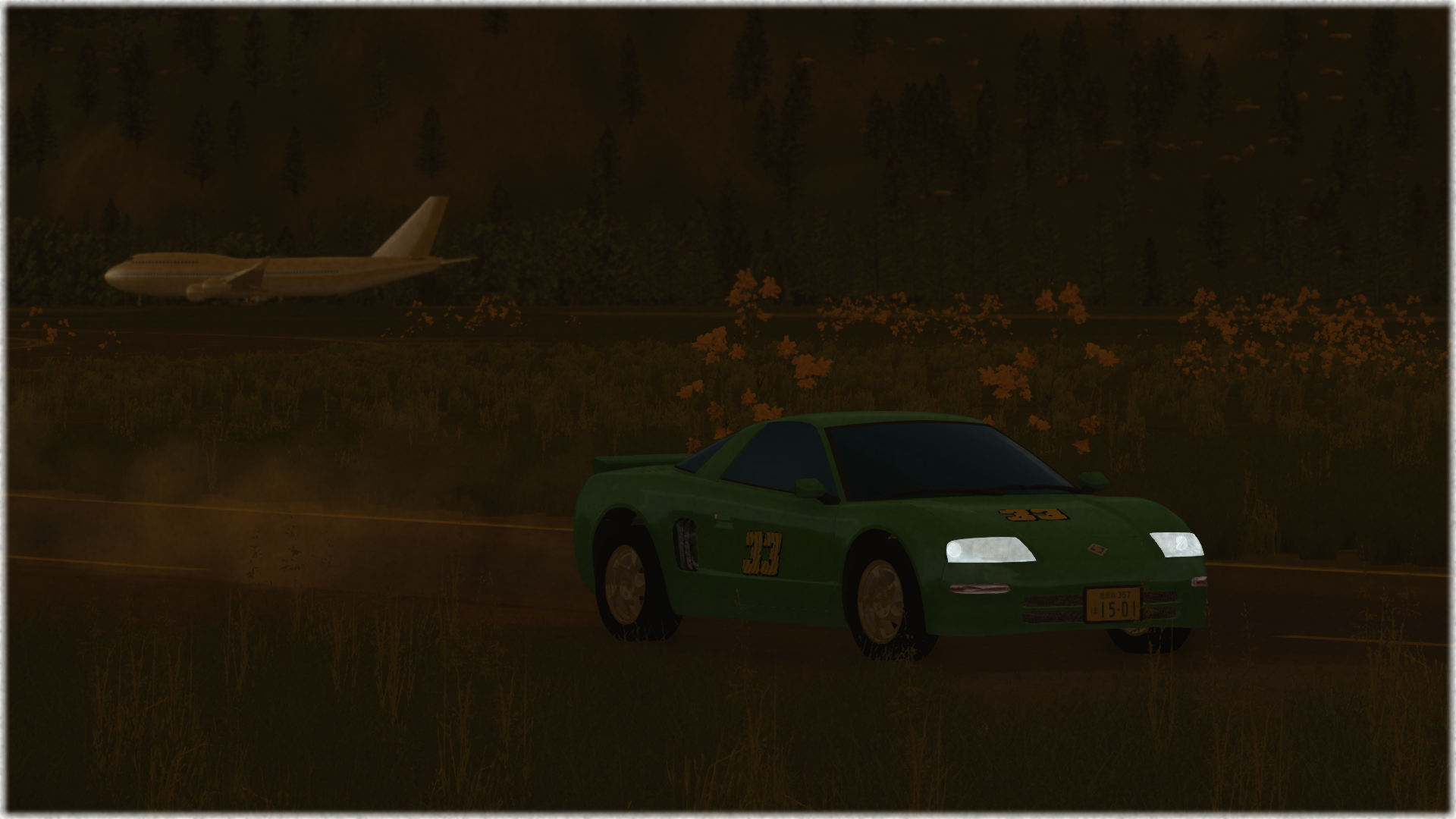 Also on the 14th lap are the #11 Nikata Kitty and the first Bob’s Team car in the guise of the #107 Mitsushita Boarilla. Only slightly behind, still ahead on the track of the Dragotec, but on the 13th lap, a very tense fight between 4 cars, the #69 Znopresk, the #112 Kuma, the #71 Satsumi Kaze, and the #114 Rhisuki Sanda Sport.

Close-by but not quite into the fight, the #02 Anhultz Dione. With a number of Bob team cars in between, also on this lap are the #24 Znopresk, the #01 Reduit and the #26 Kuma.

Hoping for a miracle already are the #34 Znopresk (quite a difference in tunes there for the same car) and the #08 Reduit. Currently in last place is the #103 Knightwick Presto from Bob’s Team.

may i remind you that RK Series Racing will not be competing AT ALL and thus does not have a reason to be listed anywhere?

Fair. But you can spare the effort of listing me/ my team since i can tell you now that i won’t be competing in any B-Spec event

Minimal changes in the ranking as the racing settles down into each car trying to keep the tempo set; the #11 Nikita Kitty appearing the be the only car able to follow somewhat the tempo set by the #33 Dragotec.

The #69 Znopresk is gaining on the #107 Mitsushita, while the #71 Satsumi is attempting to get into the top five. Most improved position the last half hour is the Bob-driven #101 Tsushima Batta, sneaking in front even the #01 Reduit from Treadkillers. 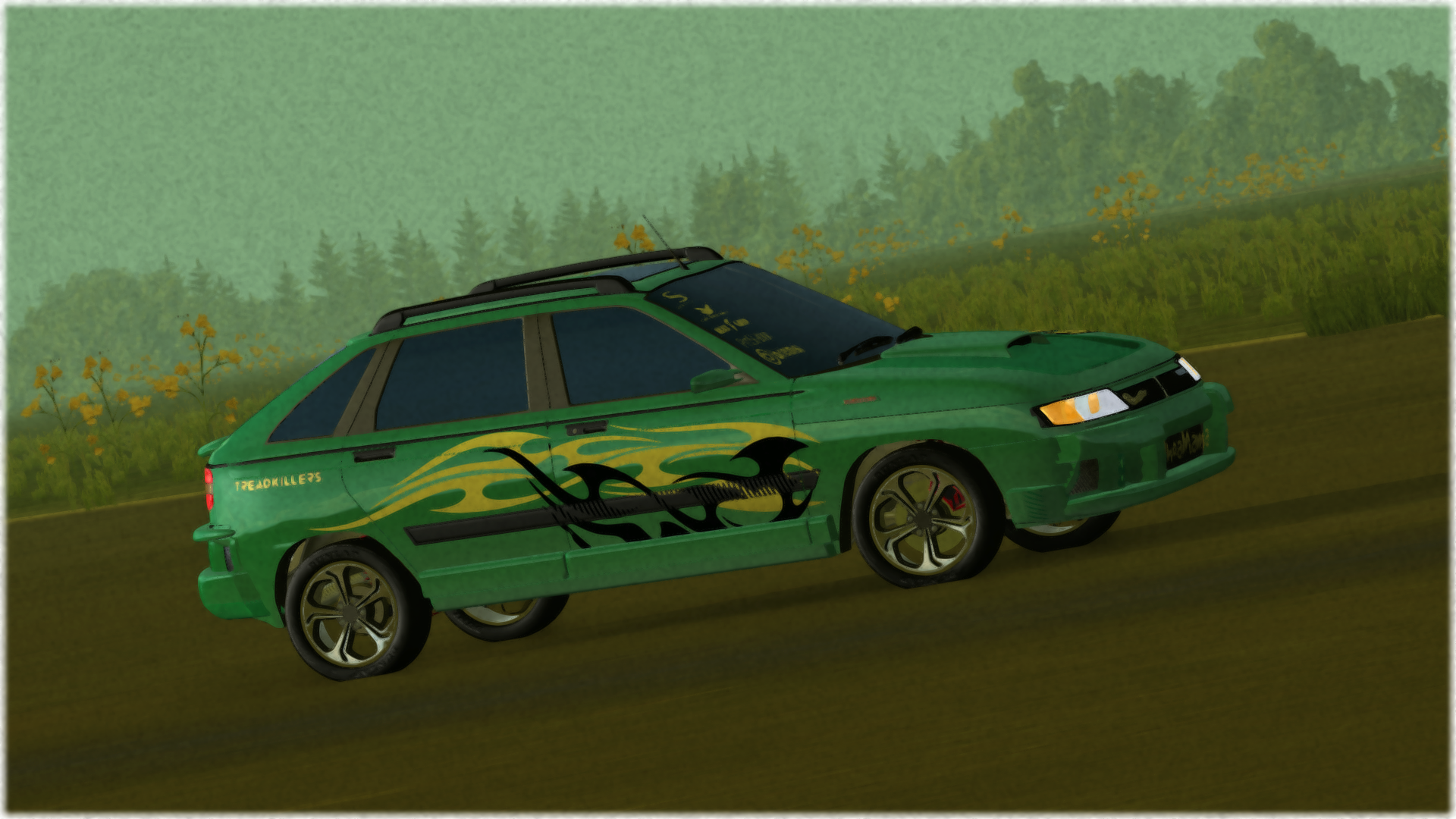 At the rear of the pack the #08 Reduit is gaining some places partially at the cost of the #34 Znopresk. Team Bob are the only entries -4 and even -5 laps behind the leader.

Still the same top three for most of the race, but yet again a few good laps from the #69 Znopresk ups the pressure on the leaders. 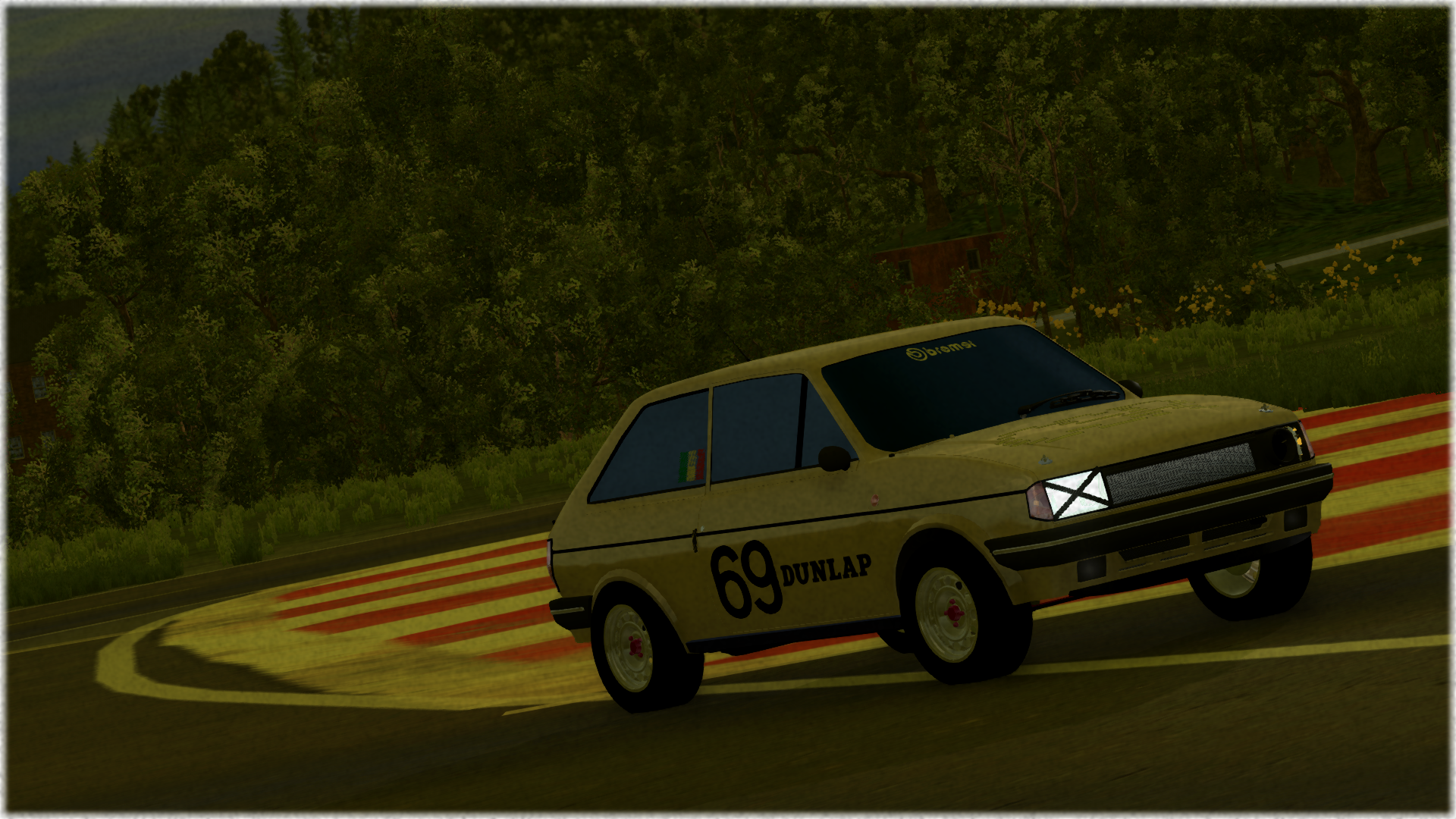 Final car in the top 10 for most of the race has been the #100 Maler, and this car as well is under heavy pressure from a Znopresk, #24 in this case. The last of the Znopresk’s is the #34 keeping the three last Bob team cars behind him. 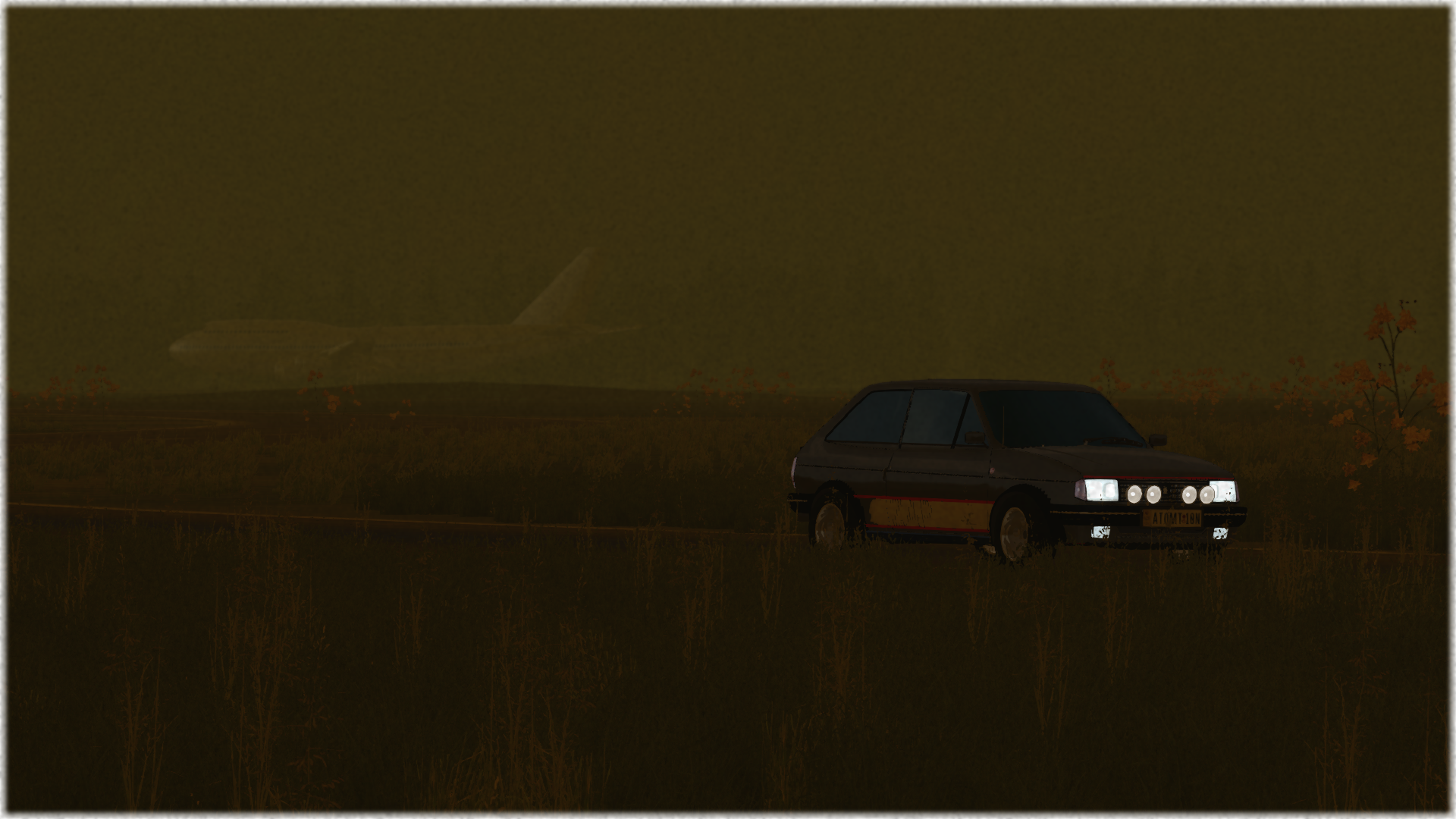 The pressure pays off and the #107 Mitsushita makes a mistake, letting the #112 Kuma and the #69 Znopresk past.

A very exciting battle a further down between the #71 Satsumi and the #110 Rhisuki. Here though team Bob draws the long straw.

Just within the top ten, but with almost a lap between them, the #02 Anhultz and the #24 Znopresk, the latter sneaking past the #100 Maler.

Woohoo! I finally claimed my first race win in any forum competition. I think it’s down to how I tuned the car, which magnified its inherent strengths… and it bodes well for the rest of the season.

I knew the Kitty was a good machine, technical modern stuff, wide track and a rather large engine, but I need to do my next update wisely as the Znopresk behind me is very close.
The Dragotec is a “real” sports car concept wise, I do not think that a “boring” hatch like the Kitty will overtake it, so my strategy is defending the second place.

Nice, 7th is alright overall, but I’m surprised nobody else chose that Kaze, sure is a fun little car!

Welcome to this tight, short street circuit in Italy. The atmosphere is good, despite a few entries dropping out before practice. 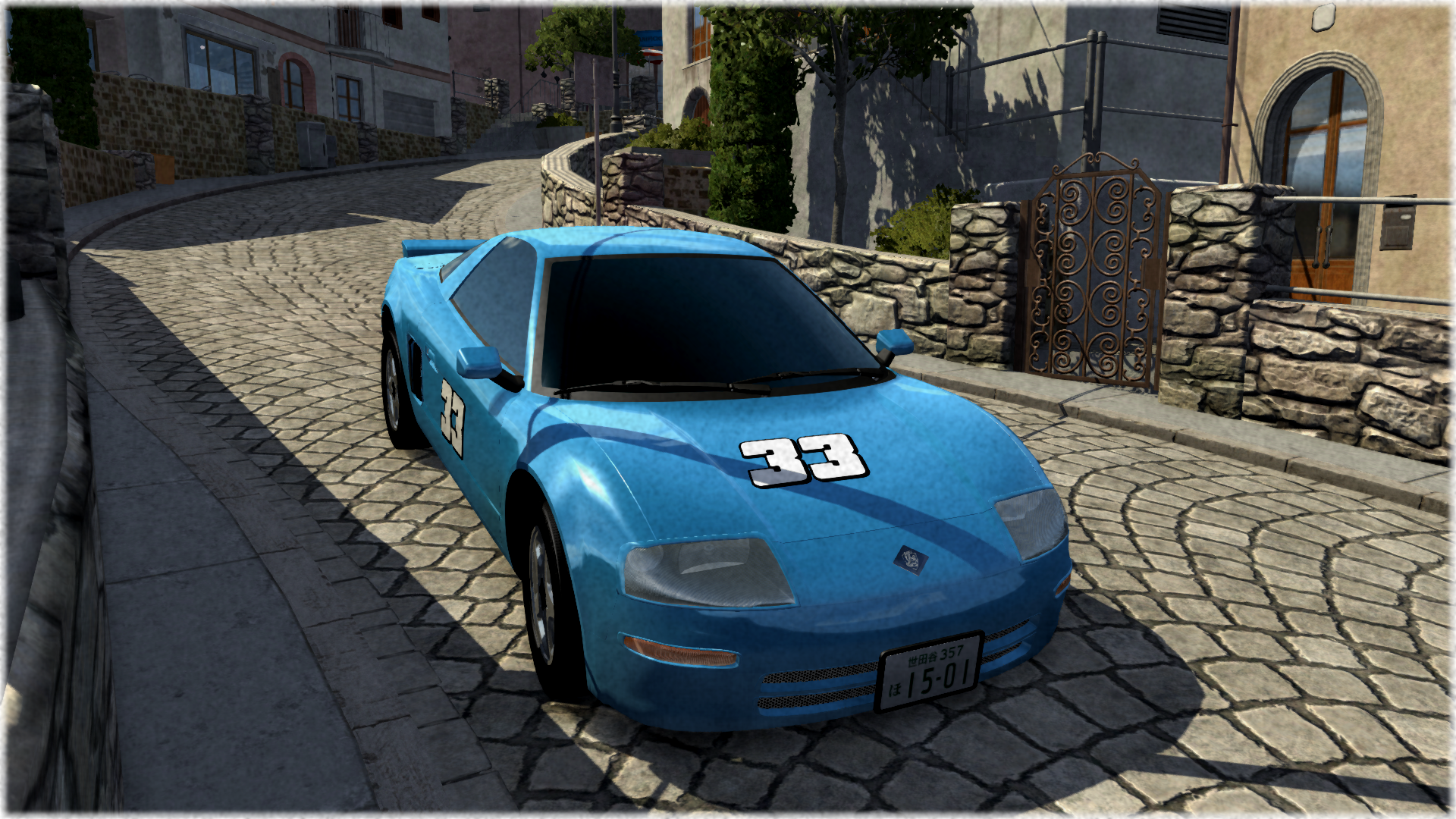 Interesting start and first half hour to the race. Passing is only possible on a few parts of the circuit, so expect a few faster cars being held up by slower cars.

Doing exceptionally well is the Bavarian Racing Crew car. The #24 Znopresk being much faster than the Chod Spot Racing or Reduit Autosport cars and taking the lead.

At the rear, the #107 Mitsushita and #111 Astro Cavalet are already a few laps down. Amazingly the Iriguchi Performance Racing (IPR) #13 Anhultz is keeping ahead of the rear stragglers so far. IPR appears to have blown all its money on external modifications and kept the rest of the slow, big car stock. 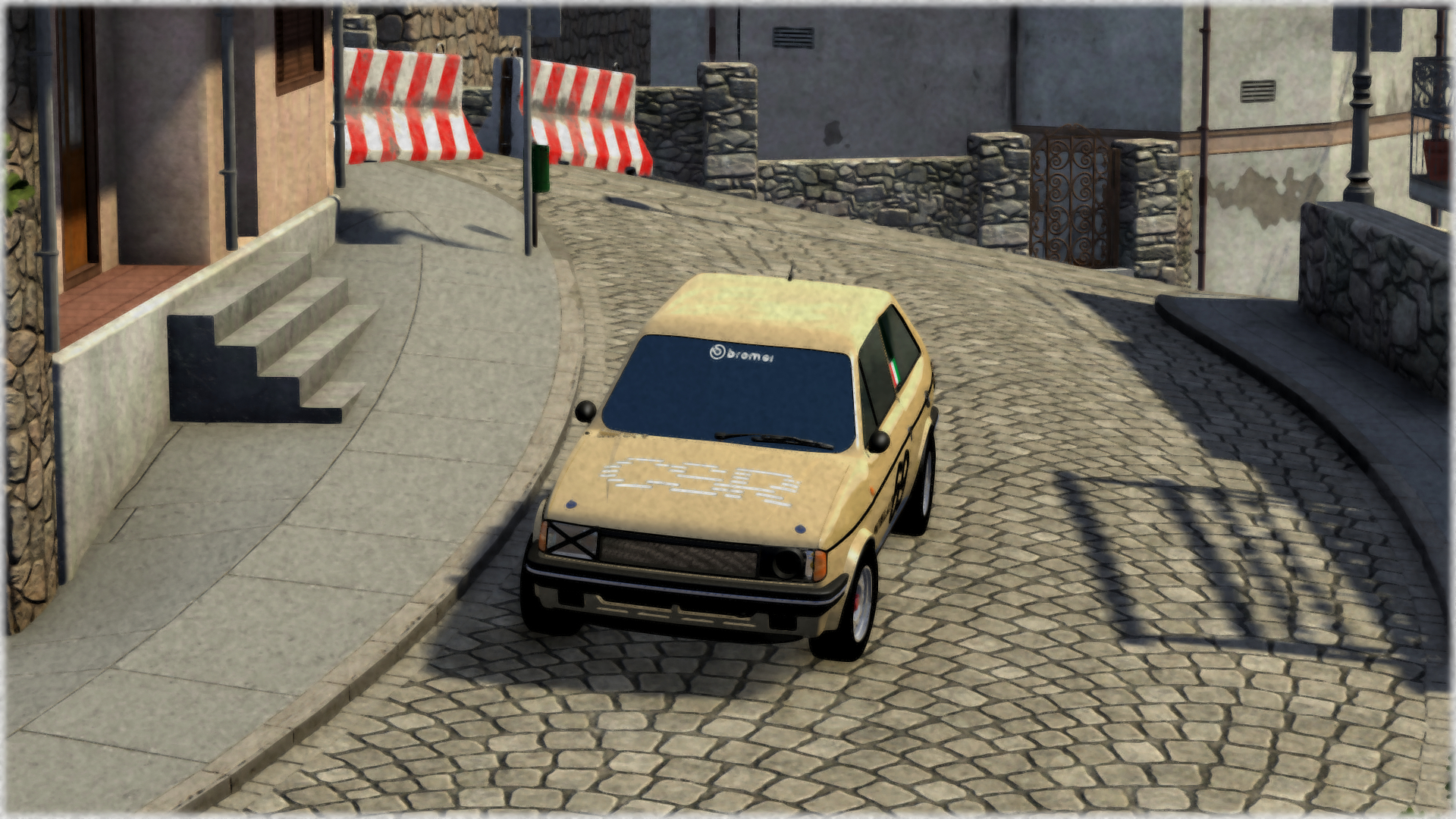 Interesting fight going on at the hour mark being the leaders between the #01 Dragotec, the #104 Vior and the #109 Satsumi. About half a lap behind is the #69 Znopresk, while about the same distance ahead, we can find the former leader; the #24 Bavarian Racing Crew car. 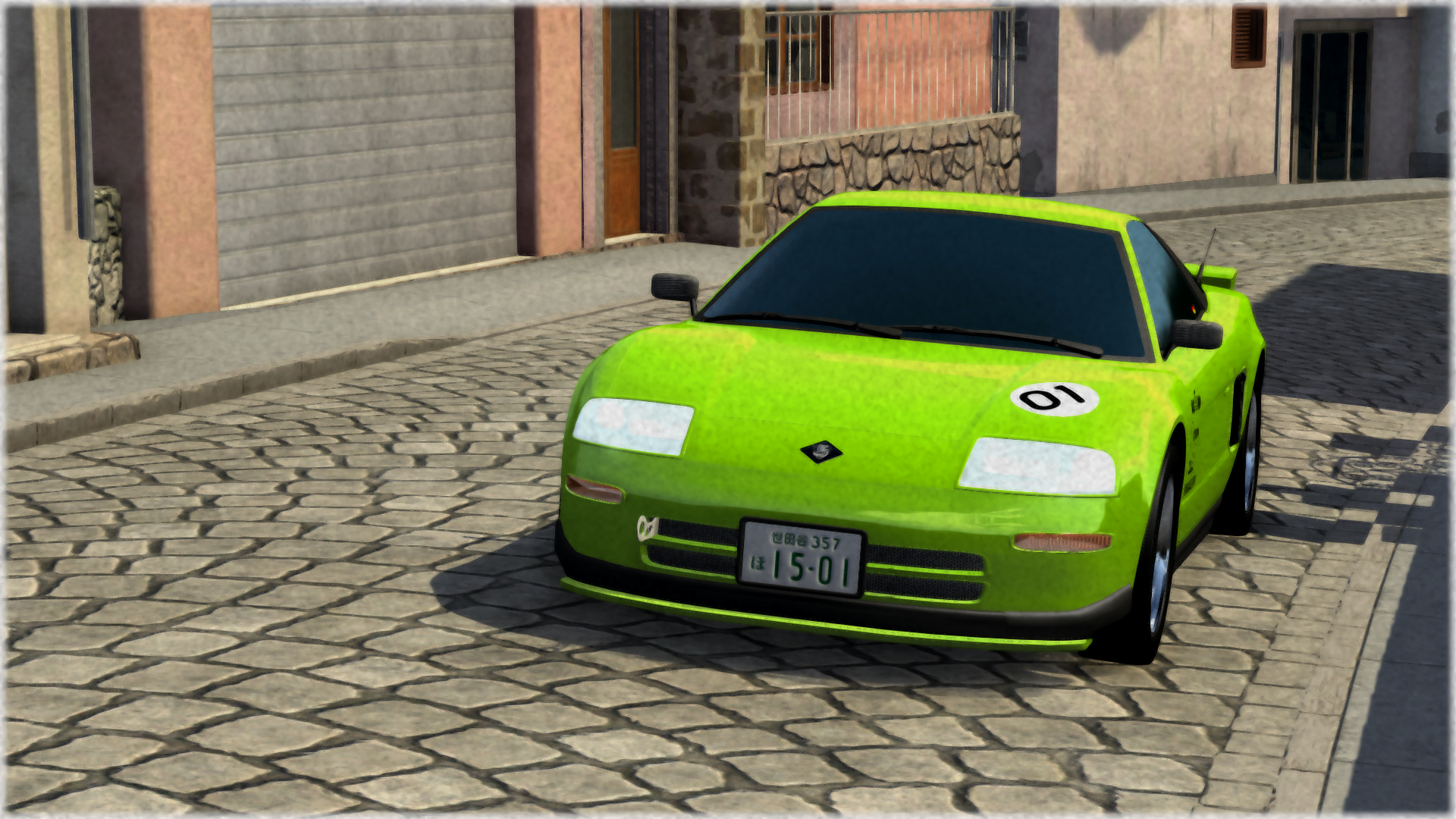 The #13 Anhultz Dione is now really falling back, and occasionally getting in the way of the top cars, which include the #01 Dragotec, the #03 Tsushima Batta, the #24 Znopresk and the #26 Oska Ferro.

It is an anonymous race for GEC Motorsports Division this time around, despite their win in the other category with largely the same car. At least they are enjoying a good battle with the #08 Nikata Kitty. 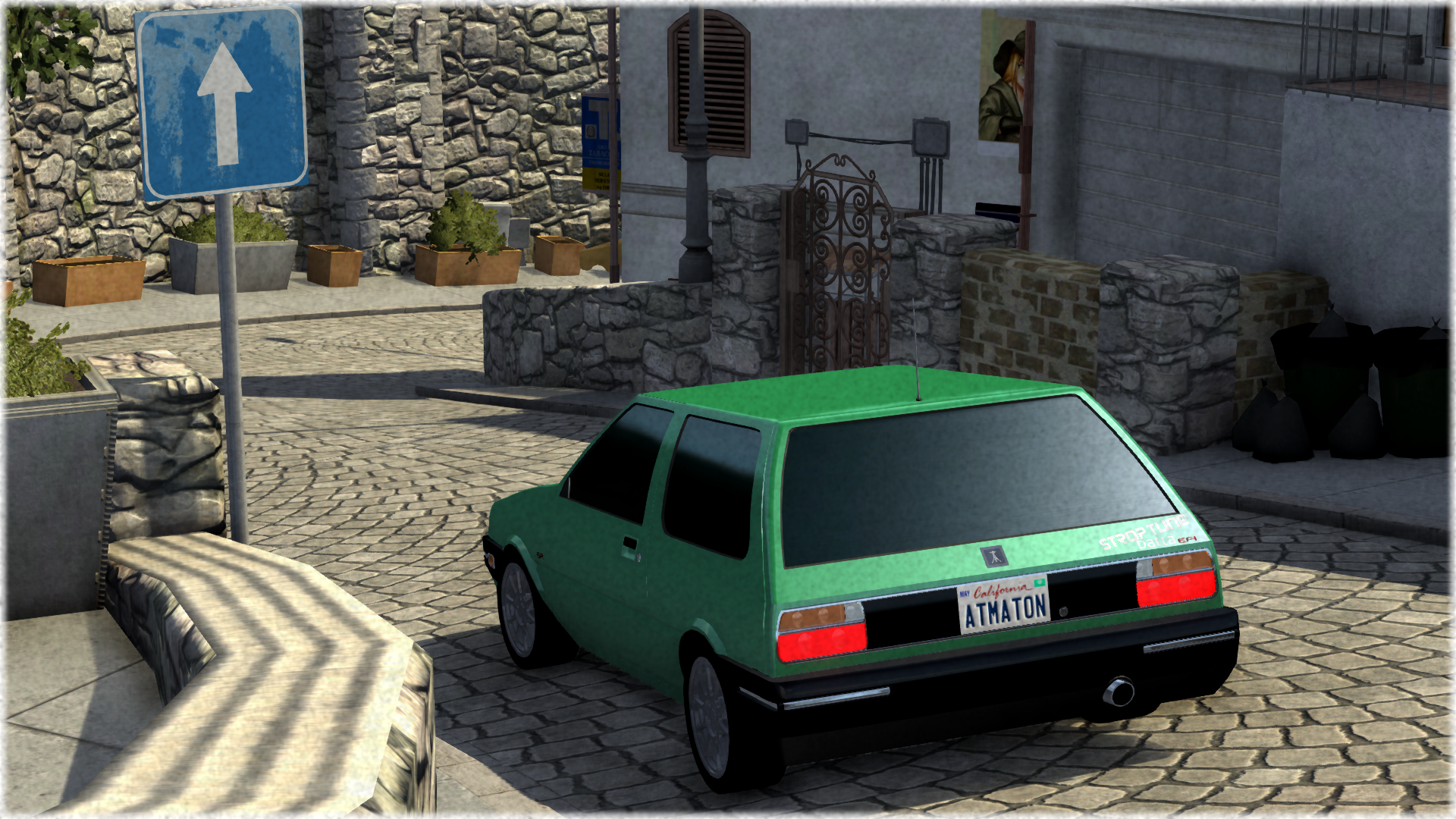 The victor and the last are clear, both 6 laps clear of other cars. Biggest surprises in a negative way must be the performance of Sphinx Racing Team (SRT) and Team O.K… The #02 Earl Vista and the #14 Rhisuki Sanda perform barely better than the non-modified Anhultz.

The rest of the field is quite mixed, and the mid-pack finishes within 4 laps of each other. Only the #03 Tsushima Batta and #24 Znopresk set themselves apart. 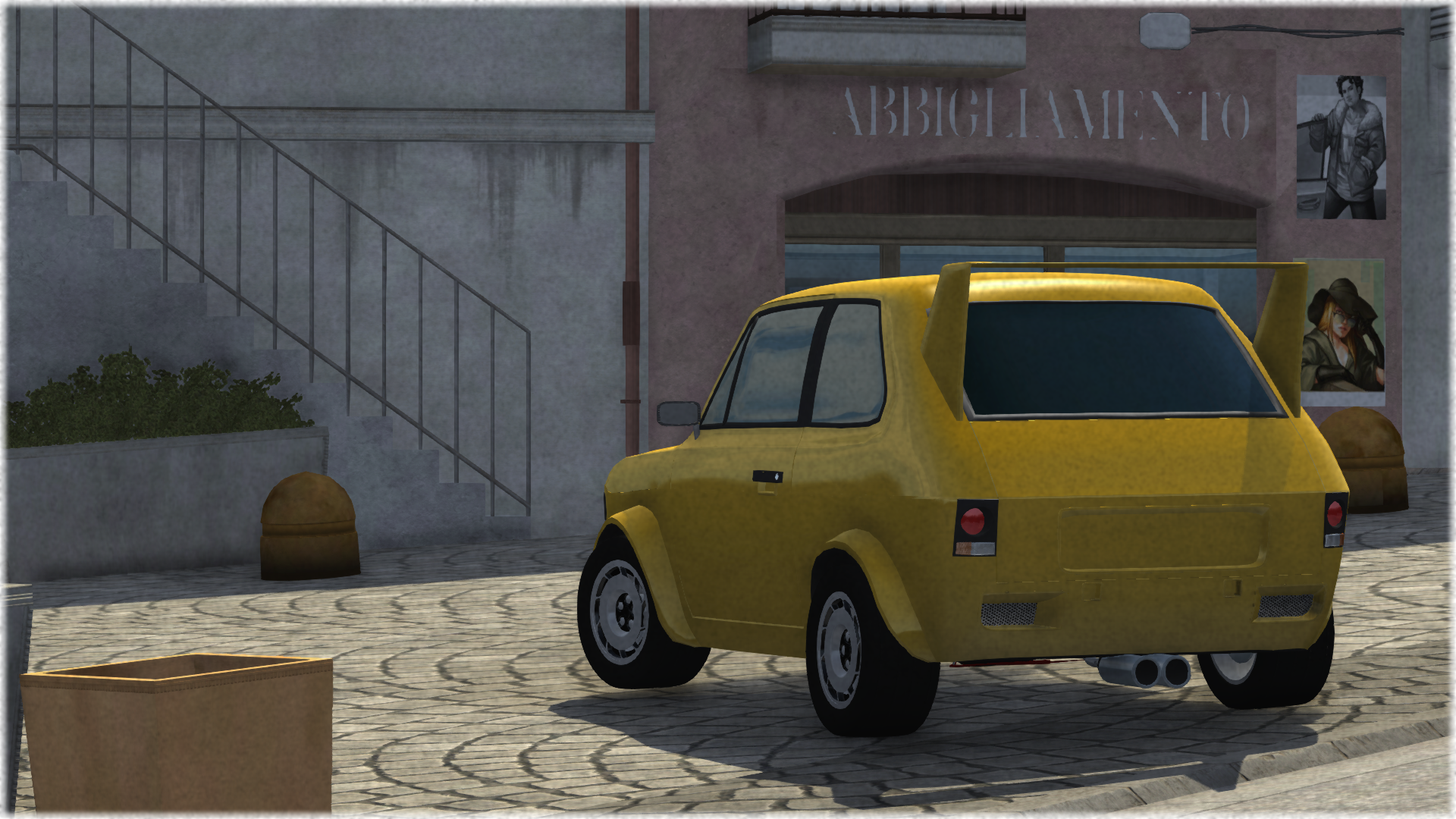 Deadline for tunes for race 2 is 20 September.

Also important:
Users not yet competing can still join and take the place of a Bob Team car.

Ah damn I drove the bloody wheels off that Batta but even after weight reduction I was still over 100kg over the Ferro. Or was there more I could have done?

All good though, next up is the joy of boooooscht and with that comes POWAAAAAA and then we’ll see how it all goes ho ho ho

Funny thing is, Strop, I didn’t even drive mine.

I don’t have the space to setup my wheel, and didn’t want to bother with either a controller or a keyboard.

I came late to the party and asked for “a car that hadn’t been bought” so this is what I got. Not a bad result but when one is 2nd one yearns for 1st…

The other thing that really bothers me is that due to a bug with the body I can’t widen the tyres any further. Will power help or is it going to cause handling issues?

I may be sensing a rivalry now.

I’m guessing the car you’re using is built on the old 86 body?

Considering that could be the case, power may not actually help. It can, to an extent, but because the tyres can’t be widened all that much, extra power after that will become redunant.

Refer to the upcoming AGC4 round for a fairly close reference on this actually. I think I can use 185 width tyres here as opposed to 175 there. Also the rubber here is EDIT 1989? Or 2019? vs 2003 in AGC4. I mentioned elsewhere that in a car weighing about 625kg I had diminishing gains past 135hp or so. My car here weighs about 815kg and with a turbo that’ll go up but I might squeak about 100hp out of it so I daresay that’s still the way to go.

The only reason it wouldn’t be is if the course for the next round is even tighter and I should just invest in further weight reduction. What is the next round anyway?

I’ve done the majority of other mods I can do to my car. Major power gains is next for me too.