Like with all CSRs, If you are not sure about the rules of CSR, it would be greatly appreciated if you read the rules by clicking this link here. If you are still confused, you can also ask here!

August 2013, some place in South Wales

“Emiri Midori” (Emily Green) is a 20 year old student at Cardiff University. She is a weeb. A huge weeb. She is obsessed with Japan and all that surrounds it.

At the moment she owns a 2008 Automan Aveanto, which she bought used for 3000 when she turned 18. The Aveanto was cheap, cute and nice to drive, but it spent far too much time at the garage. Every other week something would cease to work or fall off.
Turns out, it was cheap for a reason, as the Aveantos had a very bad reputation for falling apart after 3 years, and back then she wasn’t aware since the car was still relatively recent, so not as many faults were reported.
By now, she has had enough of the Automan, now covered in anime bumper stickers and with a dakimakura of her anime crush in the passenger seat. The unreliability meant she was late far too often, both to work and to lectures. She needs a new car, and she needs it now.

Her best friend, a normal Japanese man, Haruki Fujikawa, of which she works with at times has some knowledge on cars, as so she came to him for suggestions on what she should look for in a car.

Emiri: “So I need jidousha, my Automan has cost far too much to keep on the road!”

Haruki: “I am not a mechanic but I do know that a Japanese car is very reliable.”

Emiri: fangirling “I love Japan! Their cars must be as great as their anime!”

Emiri: “So I should look at something reliable, but also nicer than my broken Automan?”

Haruki: “Yes, exactly. Do not be afraid to spend some more money, a high quality car is not always cheap.”

She wants a car which is reliable, long lasting and efficient with good comfort and a little driving fun, while remaining reasonably affordable.

DESIGN: Emiri-chan somewhat wants something “cute” like an anime character, but also remains period correct. Even if you are making something miserable, at least it should look good. ADD EFFORT! Low effort designs will not resonate well with her at all and will lead to a bin.

Reliability: The Automan’s unreliability has left her very irritated at the bakas who make Automans, and as so she wants a car that will last a long time with minimal issues. After all, nothing’s worse than a car which spends more time at the dealership than the road… Environmental resistance also matters, she does want her car to last and hold value after all!

Drivability: Drivability is an important factor. Emiri-chan is still young, don’t expect her to be good at handling immense oversteer. But she doesn’t want a car which just ploughs through turns. She can drive manual or automatic, but manual is preferable since she finds it more fun for some reason.

Comfort: The Automan was bearable, but more recently she has been driving through long trips and as so comfort is valuable to her.

Fuel economy: This car will be a large expenditure, as so she will be running on a tight budget for the first months of ownership, and fuel is expensive in the UK so fuel economy is valuable.

Performance: Her previous Automan had 90hp, and was enough to get her from A to B, with an acceleration of 14 seconds to 60mph. Some performance is appreciated, but too much engine power will be very hard to insure and as so expensive to run .

Practicality: 4 seats minimum. She doesn’t carry much but sometimes she does take some manga and dakimakuras with her, so it is still somewhat valued.

Sportiness: Not much, but she does want a little of fun.

Engine variant year must be 2013

Must use 95RON unleaded, or be capable of running on 95RON

At least one muffler is required.

Must have ABS at least

Semi-slick tyres will lead to instabin.

Sports compounds are allowed but will lead to a penalty.

Overly minmax choices will be looked upon with suspicion, possibly leading to bin.

As with other CSRs, the naming system applies.

Rules are open for suggestions and changes until 18th May @ 23:59 GMT, which coincides with opening submissions.
The deadline for submissions will be 25th May (Saturday) @ 23:59 GMT.
You must place an advert for your submission on the thread.
DM @Keikyun with your submission’s .car file inside.
All Workshop mods can be used.
Open beta is preferable for this challenge for compatibility purposes.

There will be NO RESUBMISSIONS; your submission is FINAL. If your car does not comply it will be placed on the Hall of Shame.

Please read thoroughly the rules, and have fun!

For inspiration, these are the types of vehicles she is looking for. You do not need to abide by these, but they are useful.

I might have to enter this CSR to try and avoid such degeneracy in future CSR’s.

What would be the maximum allowed wheelbase?

At the moment she owns a 2008 Automan Aveanto, which she bought used for 3000 when she turned 18. The Aveanto was cheap, cute and nice to drive, but it spent far too much time at the garage. Every other week something would cease to work or fall off.

How many doors does Emily need? 4 or more? If so, does she actually need a hatchback or sedan instead of an SUV, MPV or crossover?

Moreover, given that Emily won’t be going off-road, I don’t think chunky off-road tires should be allowed for this round. Besides, given that baka is Japanese for “fool”, why not use that word as a term for all the entries in the hall of shame?

inb4 someone submits the iconic weeb car, the AE86!

Open beta is preferable for this challenge for compatibility purposes.

Firstly, why you’re using the same car from CSR100 again, this time in a different form?

Why you care about it? Is there’s any law prohibiting me to do this?

So, is this a Japanese car?

But it’s from a Malaysian car company…

Oh, god. It’s indeed a Malaysian hatchback, but it’s only for sale in Japan. Like I said, just read that backstory AGAIN.

Does any Malaysian car company actually sells cars in Japan? Are you an idiot? 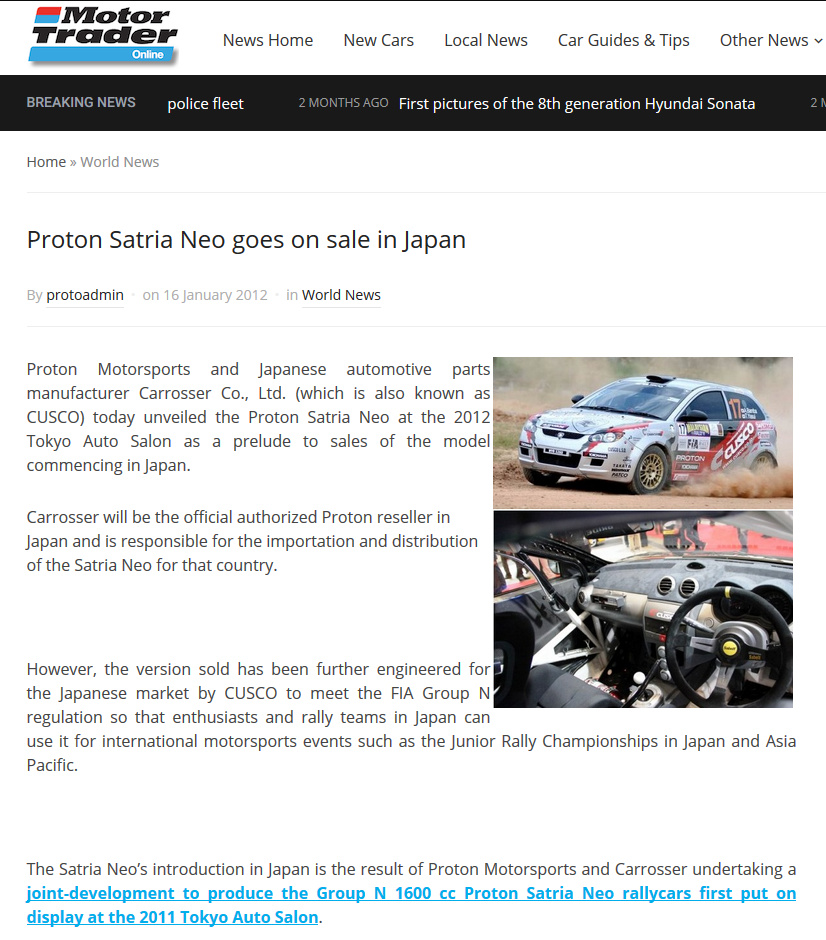 Bruh. WTF.
BTW Proton is a goddamn Malaysian automaker, you a******.

Okay, you win. Just give me the specs please.

And final questions, why there’s is an anime girl on the pic and who is she?

Because Japan lol. As for the girl’s name, I just have no idea at all. You can give her any name you like, I have nothing against it.

le me leaves the scene
Me: cyka blyat, you hoser keeps talking Scheiße again, I’ll will beat you wan*er up.

is this the price from the car menu, or the actual material cost (sorry if imm being dumb)?

Is it Japanese?
Yes, it was designed and built in Japan.

But it’s a Dutch company? LARGE THONCC
It was designed by the Japanese Division.

What’s this Manga instruction thingy?
It’s basically a little comic of an anime girl going around the car and telling you about it.

But can it outrun a 100 year old vampire in an old british luxobarge?
Probably, it should be able to at least reach 200Km/h with it’s 101hp.

Suggestions may no longer be made. The rules are finalised.

Huangdou collaborates with Japanese manufacturer Hirasawa to bring you a retrofuturistic racer dubbed ‘PRSONA.’, featured in the 2nd season of Kill la Kill (which somehow exists in the automationverse). A secret compartment to store your drugs small items like a first aid kit or manga is included standard, while its KAWAII >W< styling and unique retro wheels will make you stand out among the crowd. The colour scheme and decals can be customized on our website, with the ability to go all-out like Mako’s sick ride in the series, or remove them altogether for a more traditional look.