But the rumor mill is fun!

well damn, the first time I got something mixed up in a CSR.

Its a shame really, but its a lesson to be learned I guess.

The engine ET went above the allowed amount

If it makes any difference, I thought it was cool

Probably just wrong market niche. I imagine if the buyer was a Japanese salaryman who raced on the Wangan at night, it would be up the top of the list!

Well damn, the first time I didn’t move on to the finals. Oh wait, it’s the 15th time.

brutal… for a car as outstanding looking as that one, it’s a shame.

Not only did you not learn from your mistakes when @alex.kuc00 and @samuel.norman2003 got banned, you betrayed the trust of some people here while putting on a pretend show. It’s a shame really, since this would have been a finalist. You fraud.

Hey, for curiosity here. @CorsicaUnknown how you know he frauded?

ROUND I, PART II

Returning from his quick 26 hour break, Dario sits down next to Mablo.

Sierrabar: You really took your time there.

Dario: Ah well I had other important stuff to do. Anyways, let’s continue.

The Kiran Jeita puts sportiness above all else.

Sierrabar: I’m not looking for a full on sports car and this is what they’ve given me. Quickly tell me, are there any positives to this thing?

The Kiran Jeita has not made it through.

The Courchevel definitively sticks to its French roots.

Sierrabar: Another case of a cheaper price for a cheaper interior here. At least this one looks nice, even if the design itself isn’t very special. Running this thing won’t be very expensive either, but again, I’d rather choose something more expensive so I’d get a better interior too.

Dario: Well, this is pretty quick?

Sierrabar: We’ve seen a lot of those already, man.

The Courageux Courchevel LX has not made it into the finals.

What the Moteur Devoir Crown LX gains with ride quality, it loses with fuel economy while being on the edge of the price limit.

-Space
-Fuel economy and performance in relation to the competition

Sierrabar: This comes in a nice blue but I’m not too sure about that hunchback rear. Is the inside any good?

Sierrabar: …just good? Does it not have anything else going for it?

Dario: I mean, it’s decently fast but most other cars are faster. And same can be said for running costs, and safety equipment. It’s just good.

Sierrabar: I see what you’re saying.

The Moteur Devoir Crown LX has not made it to the finals. 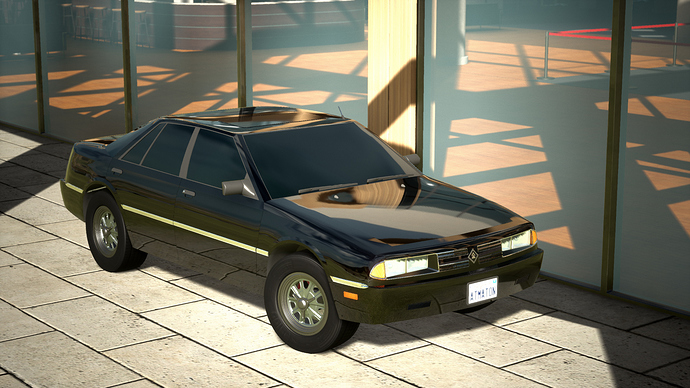 The Keystone Senator is the cheapest car in the test, but compromises are little.

Sierrabar: Oh man, this interior really isn’t as good as most of the others here.

Dario: It is pretty quick though, and relatively cheap to run.

Sierrabar: I said, the interior isn’t as good as the others! And what is this styling anyway?

Sierrabar: This is one of the dullest pieces of engineering I’ve ever seen, with its completely flat sides and bumpers! Not to mention the styling itself.

Dario: Right, I guess you have your mind set up.

The Keystone Senator M37 has not made it to the finals. 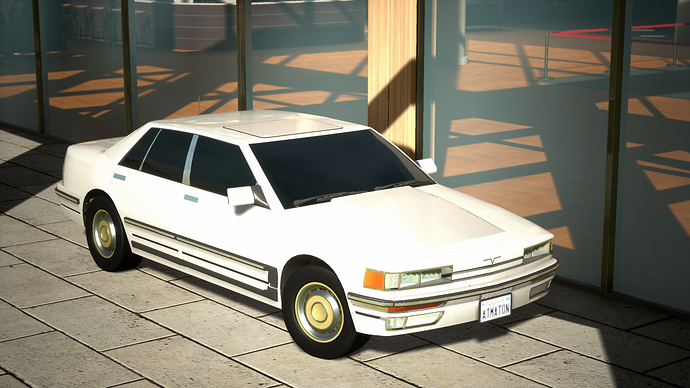 The Veldora Doragon SLR MT is a surprising value for money.

Dario: That a bad thing?

Dario: Yeah, well I’m not a fan of this 4-speed manual.

Sierrabar: This is the part when I’m supposed demean you but isn’t that pretty normal?

Dario: It might be, but considering this engine isn’t exactly the most responsive, it could lead to a sluggish ride.

The Veldora Doragon SLR MT has not made it to the finals. 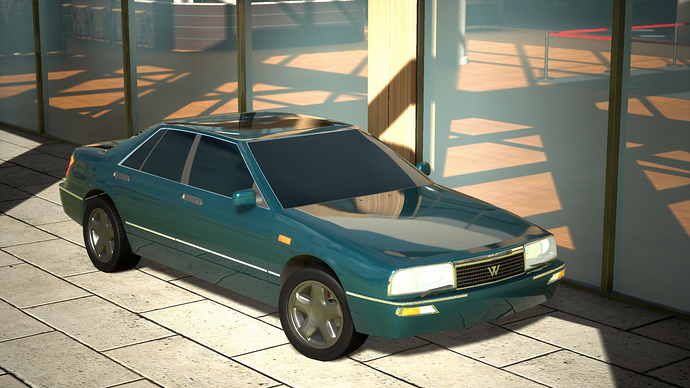 The Wagner Europa is a car which exists, we think. The interior is not as good as can be found on the other cars.

Dario: I would’ve told you to look at this but I guess there’s really nothing to view here.

Dario: It’s definitely quick but I know this interior isn’t for you…

The Wagner Europa 460 has not made it to the finals. 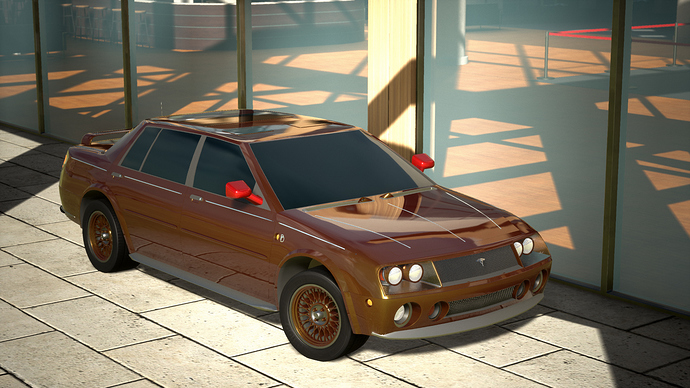 What the hell is there to say about this thing

Dario: It seems to be ready to crawl with its offroad-specialized skidtray.

Sierrabar: I don’t give a rats ass about that, I just want to know what the designers were thinking when they greenlit this car with its unfathomable design! Also why on earth does this come with a pearlescent color?!

_The Yinzer Diplomatica ParDakar has not made it to the finals. 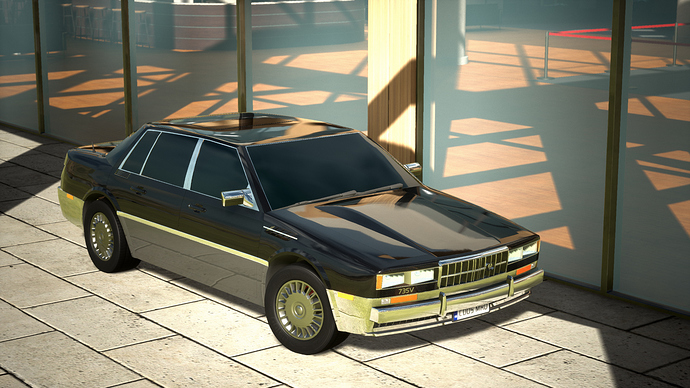 The Gerade 735V is nothing exceptional.

Sierrabar: It’s another decent one that doesn’t strike a cord with me.

Dario: What’s wrong now? It seems decent to me.

Sierrabar: Eh… its just going to be too expensive in the long run, and the interior isn’t too big. The design is decent, nothing special.

Dario: Right, if you say so.

The Gerade 735V Autobahn Special has not made it to the finals. 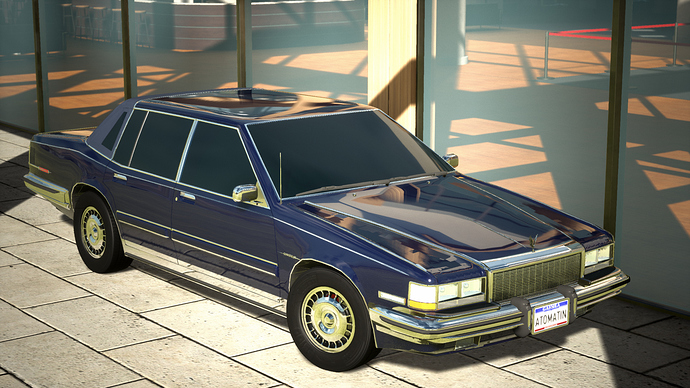 The Silver-York Sovereign returns with exceptional levels of comfort.

Dario: My god, this really is as comfortable as a soft couch, isn’t it. It looks great too.

Sierrabar: GIVE IT TO ME!!

Dario: And is this safety rating real or is it a mistype? Because this thing is damn safe.

Sierrabar: WHAT I JUST SAID WAS AN ORDER, DID YOU NOT HEAR ME?!

Dario: Oh, I just thought you were breaking character.

The Silver-York Sovereign has made it to the finals. 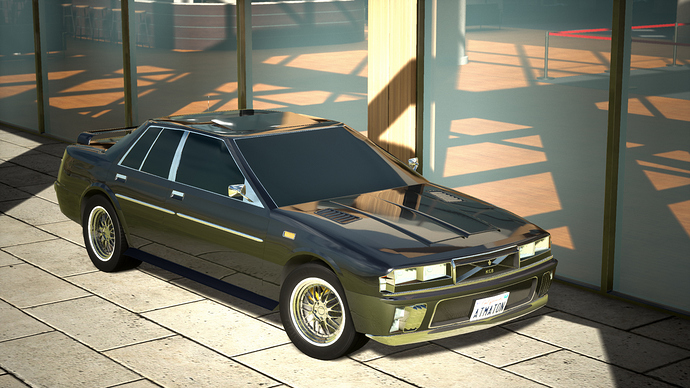 From a design standpoint, the KGB Lynx is interesting. And not vey nice.

Sierrabar: Eh, it’s another car trying to be a sports car and a luxury car at the same time, which just brings compromises to the luxury side. It’s expensive to run too, I’m not interested.

Dario: …what were you saying? I was just looking at this design and thinking how anyon-

The KGB Lynx has not made it to the finals. 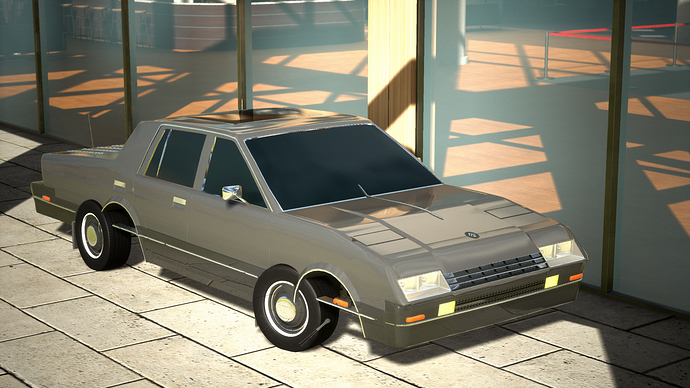 Riding in a Corvelius Bombay is like sitting on a cloud.

Sierrabar: Wow… I guess someone did manage my dream of a fast cloud.

Dario: I’m not sure if I’ll like how it drives.

The Corvelius Bombay has made it to the finals. 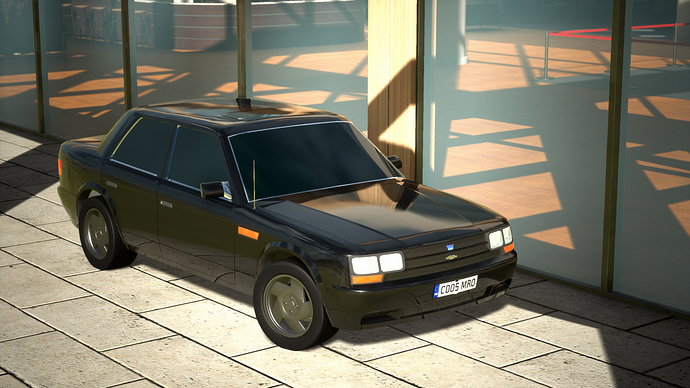 The Bauer M35 Executive shines when it comes to speed.

Sierrabar: Yeah, this seems decent. The ride doesn’t appear to be as comfy as most of the other ones, but it’s fine.

Dario: Think of the costs then, it’s relatively cheaper to buy and run!

Sierrabar: Yeah, no. Not a huge of the styling either, seems a bit bland.

The Bauer M35 Executive has not made it to the finals.

Dario: Okay, so, you’re not gonna believe this.

Dario: Don’t worry, at least this time you’ll have to wait about as long.

The Silver-York Sovereign has made it to the finals.

If that one was a black one, instead of that beautiful blue, I think we would already have a winner, it would made it much more mafia, Dario would love it too

And for the reviews here, I think i already know what would be my submit review

The design is decent

A ‘design is decent’ from Corsica will do for me for the time being. Had fun designing for this CSR and don’t regret any of it one bit.
Also I’m an idiot for not going for a 2.8m body but oh well.

The Bauer M35 Executive shines when it comes to speed.

I detuned the engine for this purpose and it’s only a 3.5L compared to the competition with burly V8’s, that’s a pleasant surprise to hear!

Was the not-a-manual thing a factor? I’d have loved to put one, but didn’t for drivability.

If there’s music playing over the 3rd prelim, or the finals, it should definitely be Smuggler’s Blues or Rush Rush.

I imagine that being a video of a persecution and the eliminated cars being thrown on a tree or being shot by Dario. Imagine this on a top-down view while playing Smugger Blue’s. And the One that wins finishing the video on a top of a mountain with Sun behind it hohohohoh

I thought the moonroof on top was going to be the death knell for my car.

But to make a car that was an admirable effort for the contest and spending my time to revamp it definitely made this challenge a whole lot of fun.

looks like Im going to have to export my car again huh.

Extremely happy to be a finalist though! First CSR and this farther than I thought I would go.

I felt like we needed a change from a black model

I definitely, if got too much money, would want one of your cars on my living room

Half of the submissions have been the 2.8m 1984 body and not one has one has made it to the finals… I am doomed.