Most premium cars are quite comfortable, this is true. But what if you can have a car that is comfortable, but light, fast and thrifty?
The Wagner Europa 460 is Austria’s finest machine. Our best export to the USA since Arnie Schwarzenegger. Pure understatement, aerodynamic and efficient. Drives like a knife and rides like a pillow. Besides the 280 version, we now offer the 460 with a convincing V8 engine delivered from our partner CMT.

A modern European sports sedan and the first Courageux to be imported to America, blending premium build quality with a touch of sports car handling. The styling is modern and sharp but also understated.

The ride of choice for the victors.
Razor Phoenix, by Innovation

Cruise in style and comfort with the all-new LE50 Deluxe, starting from $31,000. 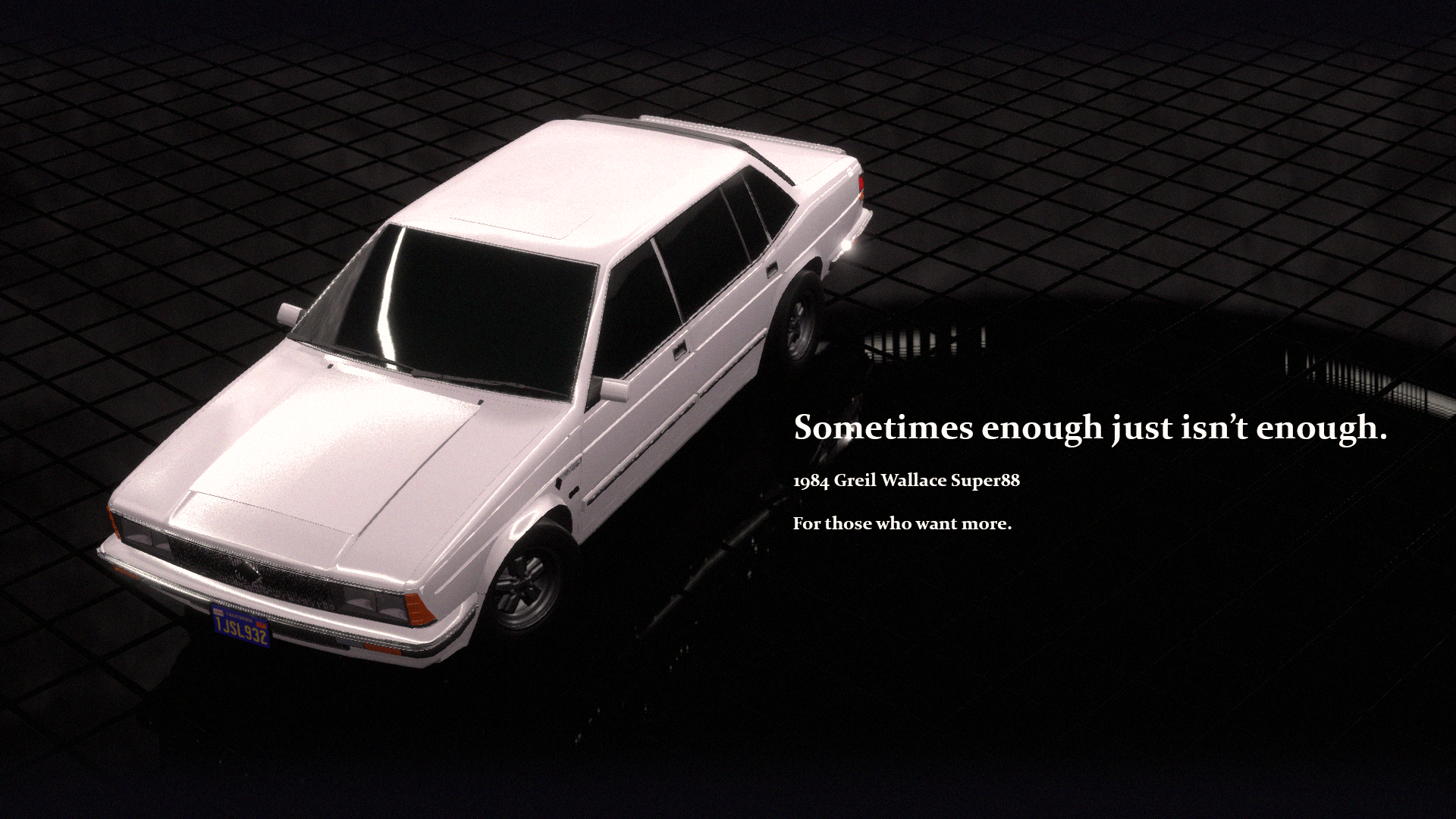 Blend of American and Europian design.

With the cost of $41,000, the imported car car from Japan, provides you with a luxury comfort and the blitzing speed of a performance car rivaling purpose built sports coupe. Low emissions and relatively cheaper maintenance cost paired with the top speed of 250kmph. A converted police spec to regular commercial use in Japan and the US due to the upcoming successor of the LX84.

It has been a popular choice in Japan with its agility and speed, considering it’s a luxury car, as well as its large interior which is one of Tokyo Metropolitan Police Department (警視庁, Keishichō) favorable choice for highway night patrols able to catch up to the infamous Wangan street racers. The Wangan highway, Wangan-sen, or Bayshore Route, a stretch of toll highway in Greater Tokyo, noted for some recent street racing in the early 80s and is a public nuisance.

Back home, In Japan, the LX84 (along with SC-R) is a favorite choice of local Detectives, and in some cases, is used as Interceptor.

Its subtle appearance allows it to blend into traffic very easily, while the powerful engine (combined with good balance), allows the car to give chase to most of the cars found on the road. (If SC-R or LX84 should not be sufficient, so called "Yellow Stripes" are called to help)

(Not aimed at regular customers, but to Sierrabar and especially to Dario Miguel)

British Performance - At a German Reliability

Oh boy, I hope I have time to adapt my Virgo IV coupe styling to a sedan… Two questions:
Are mods allowed? I don’t see anything about it in the general CSR rules.
Do you think AWD would count as cheating? Audi and Pontiac didn’t make their AWD sports sedans until 1988, but Ford made the Tempo AWD in 1985 and the AMC Eagle had been around since 1980 (though both were far from sporty).

I used mods and I also made an AWD.

Mods are fine in CSR, everyone uses them.

The AMC Eagle took multiple rally victories, I would say that that counts as sporty. Several CSRs ago (the one with the 80’s TV show) I did an AMC Eagle/Ford Mustang hybrid in AWD, I lost (for other reasons) but it was allowed then, and this host didn’t ban AWD.

Keep in mind though AWD is more common on super cars (Lamborghini, Aston, etc), and very early crossovers (Chevy Blazer, Jeep XJ, etc). The 80’s were in the late Muscle Car era, so RWD would be appropriate. You could also do a FWD since Cadillac stated doing this (with V8s) around the mid 80’s.

I guess what I’m saying is just do whatever. The 80’s were awash with experimental cars.

Mods are allowed and AWD would not be considered cheating.

Well the Eagle might have had the offroad chops for a few rallies, but its 4.2 liter straight six had all of 115 hp so it’s not winning any police chases. And to be specific, the modern idea of AWD, as in safe to use on paved roads, was pretty much exclusive to AMC and Audi up until then; the other vehicles you’ve listed here only had part time four wheel drive for offroad/bad weather use only.

I know my old American cars; yes RWD would probably be most historically accurate, especially for a sporty car; though Cadillac did indeed have multiple longitudinal FWD V8 cars leading up to 1984. Does automation have longitudinal FWD? Cadillac’s transverse FWD cars didn’t come out until 85’.

I really have no idea how my car is going to compare here, seems like everybody is either faster or more luxurious but not both (I think). Might be too middle of the road at the price point.

I am not super experienced in the ways of CSR, but my guess is you’d be better off making the best car you can and go right up to the maximum specified budget. Whether you want to focus more on comfort or sport is up to you, but based on the description, 8 seconds to 60 sounds like the minimum.

Totally unrelated, but @CorsicaUnknown Thanks for the playlist; I love my 80s music and have 1000 or so tracks on my PC (and on mixtapes), but there’s a few in there I haven’t heard of. Heck, I didn’t ever hear of Oingo Boingo until ‘Just Another Day’ showed up in Stranger Things.