“And we’re rolling…can everyone hear me? Good to go?”

Yurimacs: yep
Hshan: yeah
On3cherryshake: pogchamping so hard right now
Chiefzach: Chaz the type of guy to start a livestream one week in advance to make sure everyone is present before he starts
CVJOINT: Congratulations

CVJOINT has left the chat

ZoomZoomer3: This is my car dropbox.com

“Alright y’all know why we are here. Its time to find us the ultimate Chaz mobile. Hit me with-” 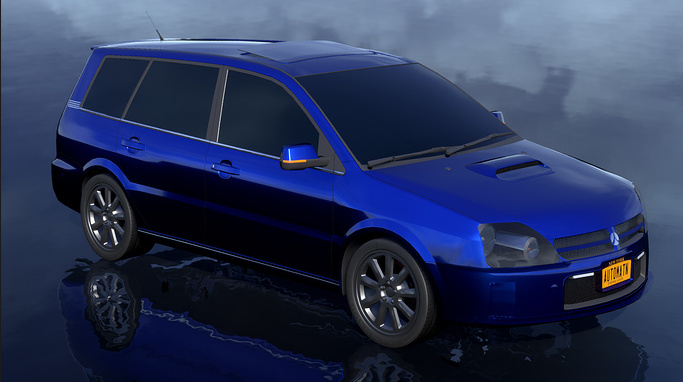 “- everything you can find. Woah there, do you know what I’m looking for? Lets see here. Yep that’s a blue wagon…oh wait weren’t those Ventria GEN-2000s real dangerous to drive?”

Fletchyboy100: Oh they are? my bad

@yurimacs : well you can stop your search now, I’ve got something as quirky as it gets 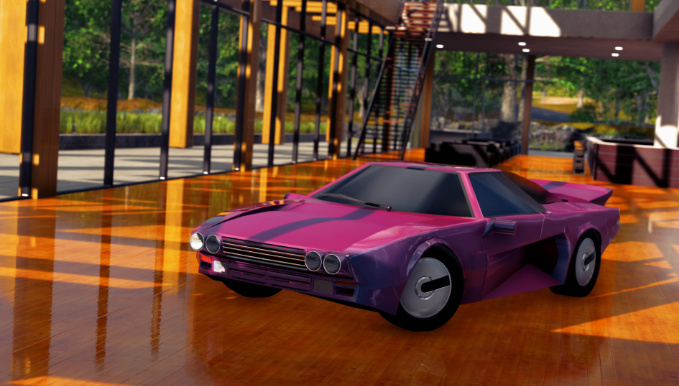 “Oh wow…yeah no clue what that is…. Ok it’s a Bradford TurboMeister from 1987. Limited run fiberglass sports car from the 80s…that explains the looks somewhat. Look at those angles. The rear engine partially exposed in the back is very cool. What are the mirrors doing down there? Its extremely fast and light without being too powerful. Must be a blast to drive if temperamental but I don’t know. Seems real sketchy if I ever get in a wreck and parts must be impossible to find. Neat car but not for me.”

Yurimacs: it was worth a shot

@Arvok1: if you want a real supercar… 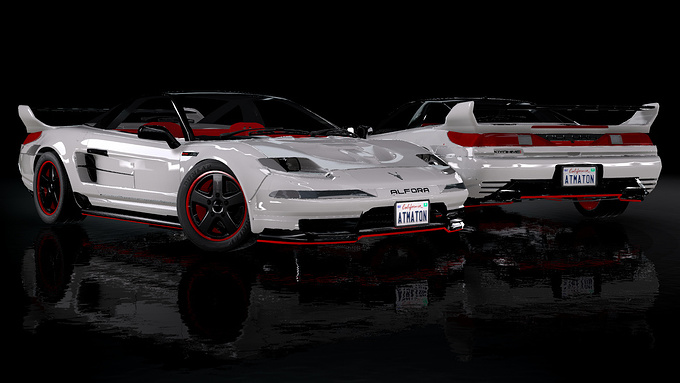 “Oh boy …uh…they look cool but those didn’t do so well did they?”

@Dorifto_Dorito : Do you even watch Chaz’s videos? I know what you want. 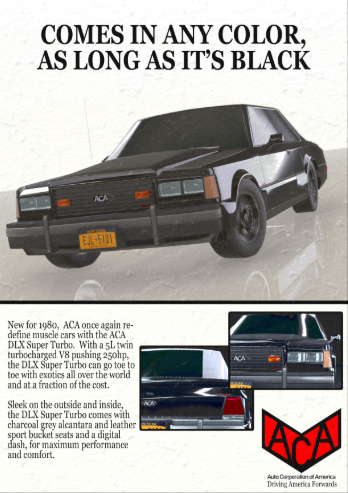 “Now we’re cooking with gas, the DLX STO is so mean looking. Mmmm turbos and carbs together are beautiful. The more you look at it the more you notice weird American “”sports”” tech like the tires are ever so slightly different in the front and rear, 205 and 215s. Might not be a great car but I wanna see what else it has in store.”

@Elizipeazie: Chaz is getting an ACA

@Xepy: Oh no let me save you from the horror 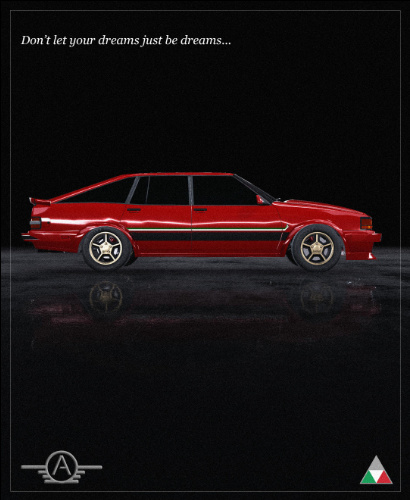 “Its just another Dione…its not just another Dione hold on a second. Look how low that one is. They got Tristella involved under the hood, interesting. Looks fun to drive and relatively unassuming to the public. Let’s keep that one in mind. What else you got?”

@Hobert: Its still a Dione though. I think this will stand out more. 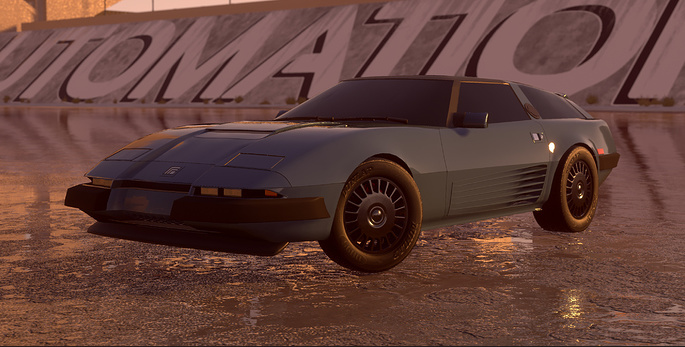 “Yo that’s funky. A kammback lets goo. I don’t know this one either, lets see…The Nadez…d.ha ok. The Nadezdha’s Wriath…typo? huh…the Wriath makes 330 horsepower in… hehe… 1982. On…oh my…155 tires. Golly gee willickers Batman I think this car is too much for me.”

Hobert: You’re not gonna find anything faster from back then though.

@Mikonp7: Might not be as fast but its way more powerful. This is a vehicle for Chaz. 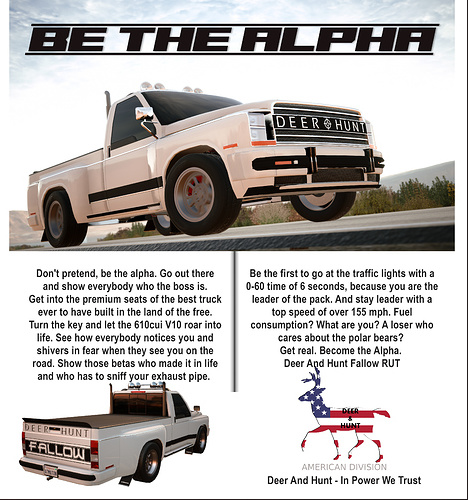 “Dayum boy he thick. This is a vehicle for America, but not Chaz. 2 alpha 4 me.”

@On3CherryShake: I think Chaz deserves better. Get ready to be pogchamped 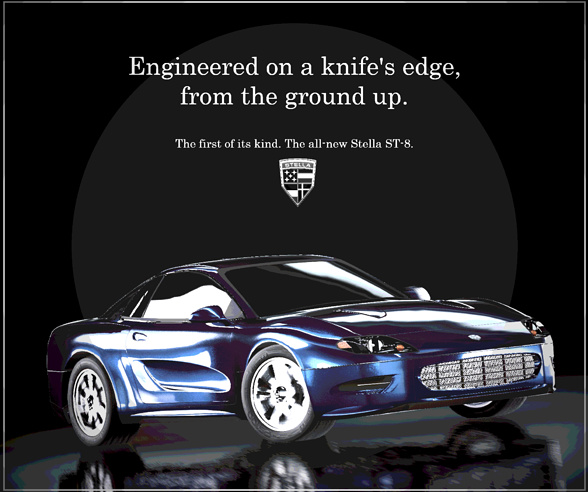 “This…is….too nice. I don’t deserve this. Its just…aw man look at those taillights though…mmm even the engine is beautiful…but I would just be too scared to drive something like this everywhere. Y’all are killing me, this hurts. Maybe when I’m a rich Chaz I can touch base with you.”

On3CherryShake: Its cool, I know someone from Ohio who would want it.

@Balkanski_brat: Too nice you say? How about this I found on gregslist?

“Ah alright, first SUV, and its so tiny. Aww look at eem. So these things come out of Yugoslavia you say? Interesting, it actually doesn’t look barebones cheap inside. If its well put together it could be a fun one to own, maybe if it isn’t well put together too. Worth a look I’d say.”

Sky-High: Isn’t it a little boring for a Chazmobile though?

@Syndaflod: I’ve got something a bit more rad. Behold, the shaggin’ wagon 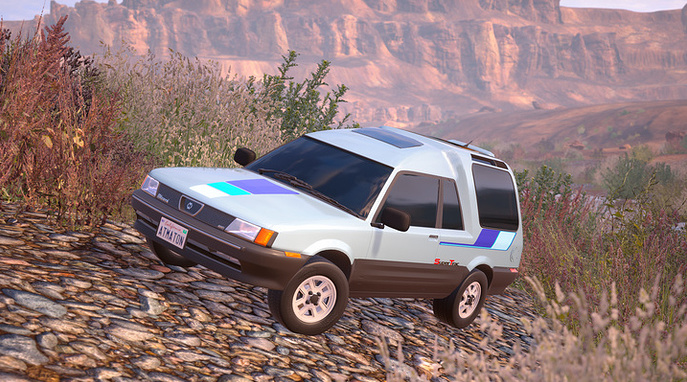 “So…you want to sell me a used sex van, nice. Decals are definitely worth 5 rad points though. Apparently the car itself is kinda shoddily engineered. Yeah imma pass on that one.”

@Jaimz: You’re not brave enough for this one I can tell already.

“That certainly has a style. When did this come out? It looks 80s if you squint but it has new rims and 90s taillights and LEDS…this can’t be stock. One thing that’s for sure, I’ll never forget what this car is with that badging. Ohh boy apparently its extremely fatiguing to drive, no thanks.”

(comfort Is too low)

“I- …phew, where do you even find these cars. You can LOCK THE HEADLIGHTS?”

Centurion: This is looking dire, we can do better.

“Chaucer Brooklands huh, didn’t those engines all basically commit seppuku within a few years? To be honest they are inexplicably expensive too.”

@Strop: You can do so much better with that money. I’ve got the perfect candidate

“Is that a second gen Legatus? You mean those don’t go for ridiculous prices? I’ve always wanted to drive one of these. Looks like such a well-balanced sports car. Mmaarrggrhhh I am rock hard for triangles. I’ll have to see what condition I can get this in. I’m not sure if it’s the Chaz mobile, but it is a Chaz dream car.”

@Sky-High: This isn’t really quirky but

“Track day bro, this one is trying hard to pry me away from the Legatus, but for its increased radness, it is surprisingly way more expensive and just doesn’t have the same storied history behind it. Its getting a little too fast for me.”

(Not a bad car but could be made cheaper, lots of downforce and brakes for what it is among other little quibbles)

@Conan: lol you guys and your sports cars

“This thing has a way more advanced engine than the last 2 cars! 270hp from a 30 valve V6 and an active spoiler…and its FWD, how American. You would never guess an engine like this is under the hood of a car that looks like this. Its weird sure but I’m not buying it just because its fast.”

“Wasn’t this in The Agile and the Angry? Wait no it was a game. Anyway, I don’t think this is the direction to go. Where am I going to go with a hatchback that goes 170 mph? This one could get expensive quick too.”

MGR99: I don’t think sleepers are what Chaz is about

tzuyu_main: Where are you looking to find these cars?

@Mrchips: You’re going through a vintage magazine with your pals the other day…

“ooohhh yeah that’s a Belgian beauty! Rear engine, Handmade interior, unique exterior, hydropneumatic suspension. Some people would put these in museums but they deserve to be driven. Question is, would I be able to enjoy it knowing what I have?”

@LinkLuke: Its ancient though, it’ll fall apart on you. How about this instead.

“Yikes, I don’t want to be that guy but something like this is gonna be a huge money pit. As far as sports cars go, the Mynx looks more half-baked than quirky to me.”

@HybridTronny: And now for something completely different.

“Its another cute little car!” Its so happy. A no-nonsense soft top kei car. I don’t know, I like a little nonsense. Worth seeing if I can fit in it though.”

“Any other utes out there? I’ve never driven one before”

“Uhhh, not what I expected. Its pretty plain looking to be honest and …wheres the-oh there they are, it has taillights. Hold up it makes 370hp? Out of a 2L engine. Would be scarier without the AWD but still…this isn’t it.”

@Phale: maybe this instead?

“ItS qUirkY bEcAuSe iTs FaSt. Seems like it’ll be a recurring theme. Are those factory rims? The shape of it is cool and the engineering has a distinct lack of sketch for how hot this ute is. It doesn’t have me sold though. Maybe utes aren’t for me.”

Phale: Ah I thought that would’ve done it

“Now that looks cool, I can take that thing anywhere, I’ve never seen a ute quite like this one, but it works. Let’s see what it can do.”

“I kinda thought I would be getting a bunch of Murican boats today but I’m pleasantly surprised at the variety.”

@CriticalSet9849: Boats you say? I gotchu 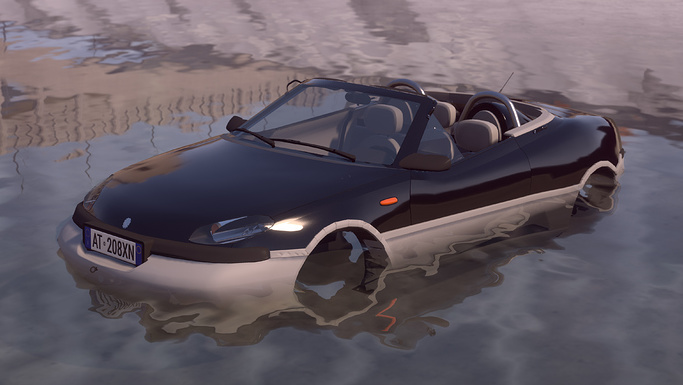 “I- huh, this actually looks really neat, 3 seat interior? Comfortable ride on land and WATER. Even without being amphibious it’s a nice enough ride. This is a no-brainer, I must see if this thing is legit.”

“Indeed, weird you got the year right and everything. Its like a mini Silesta. Looks distinctive for sure. 100hp in something that small is plenty. Then again I can’t help but think of the diabolical things I could do to it. I’m really liking the idea of this.”

Alright I’m signing off for the night. We’ll see what else is in store soon.

So I didn’t score? I assume that’s what “binning” means. Worth a shot, anyway.

We forgot to hire a engineer official brand

Oh god my car is going to be biiiiined…

Fucking brilliant write ups. Happy that I set out to create a drop dead gorgeous GT car brand and it worked ;))

Yeah, I literally could not make it cheaper, mid engine service costs are a bitch apparently.

“That certainly has a style. When did this come out? It looks 80s if you squint but it has new rims and 90s taillights and LEDS…this can’t be stock. One thing that’s for sure, I’ll never forget what this car is with that badging. Ohh boy apparently its extremely fatiguing to drive, no thanks.”

(comfort Is too low)

This model of Cerberus first entered production in 75…and we didn’t think it needed redesigning through to 2019. Better components and different fixtures but the same shape (until someone brings out updated bodies for it).

As for comfort…yeah…I get it…but it’s as comfortable to drive in Beam as any other car.

Is this all the binning or is more coming?

I think “part 1” is the answer

As well as people who sent cars in, were mentioned here, but their cars weren’t included in this.

Oh there will be more binning soon:tm:
And Fletchy I forgot to add the bin city suspension graph, it had terminal oversteer

yasss i passed the 1st round now for 2nd binnening

You… what? Your car wasn’t even mentioned, so for now only Chickenbiscuit knows if you passed or not. It’s the first PART of the first round. Your car’s situation hasn’t changed yet.

Real shit tho glad I didn’t get instabinned, seems like I’m on a not-losing streak so far

Give 'em time. People have lives outside of Automation and believe it or not, some of us work during the pandemic.

I’m writing right now, just got home a bit ago