Loosely based on a real story, but with extra cheese on the burgers.

The turn to the 90’s were a vivid chapter in German history: It was November 9th 1989 when the curtains of concrete and iron between the West and East finally crumbled, and the reunification process of the Soviet occupied German Democratic Republic into the Federal Republic of Germany ensued. It was a hopeful time, for many a gained freedom of travel, a break away from control and oppression, or just the access to a more diverse range of products spawned by the free markets of the West. However, it wasn‘t actually going all smooth. While it was a huge political endeavour for the FRG, it was literally life changing for all of the former GDR‘s people.

It’s 1991
The radio is blaring out a lot of the past decade’s music at “Janny’s Imbiss”, bands like a-ha, Alphaville, Modern Talking, singers like Sandra… It wouldn’t be so special if it wasn’t for the fact that that was missed out on unless you had some tricky friend who lived near the former border to West Germany and could pick up West German radio with a comically large antenna.
That’s a much bigger variety of songs than what the ministries would ever approve from PUHDYS and Karat. Even though Janny doesn’t quite understand what’s being sung in the new songs, schools taught Russian in place of English, but she likes to think that “Janny Janny Lady” is about her.

Janine, or Janny, has quite a lot to tell about her past, to whoever stops by and cares to ask. Most stop by just for a quick meal, but she had a few interesting people come and ask how it was to live under socialism, to which she usually just replies “Things were definitely different.”, just to not offend anyone, while stating an honest conclusion. “… but now there’s more choice! Ketchup, mustard or mayonnaise?”
What matters now is, she’s not only surviving in the “Wild East”, she’s unlike many actually thriving. She has somehow done the right move in this new situation of economical limbo by quitting her job and opening up a trailer diner. She’s gotten regular guests, some from nearby, but many afar from the West. Who would’ve known that any resemblance of fast food would be so popular to travellers? In the first year, she has already earned enough money to not only expand her diner beyond the construction trailer she started out with, but she could now afford a car for her own use. Her old Soviet produce would not do it for her anymore. Even though the hatchback had its use, it’s no longer presentable and the features of it also feel stale compared to most of the Western cars she seen come by. She is especially unnerved about the lack of a radio. But not only that, her husband has finally gotten a job, even though it’s measly paid. It’d be more practical for Janny if he’d drive himself instead of being brought to and picked up from work by her. But who knows how long it’ll run for until it gives up.

The Brief begins here:
As such, she fancies something more presentable, more economical, but still practical enough to replace their old car if needs be. So it might as well seat not only her, but her husband or even their future child, some friends of them or the big bags of supplies for her diner alongside an employee. With these plans in mind, it should be able to seat at the very least 3 people, which means it’d likely need a rear row of seats, and come with a radio or ideally cassette player… And Reminiscing her youth, she was quite well known in her town as “that Lady with the Simmy”, as she drove around with a Moped of that type. Not giving a damn about wearing any helmet, instead feeling the air flowing through her wavy brown hair as she cruised around on her Simmy. Nothing has quite brought that feeling back since her father traded it for a color TV without her approval. But a convertible, like quite some she’s seen, could. She believes she could still find one practical enough, and the mere presence of a convertible just might attract more customers to her diner. It mustn’t be a mule like her Sovhatch, but neither is she seeking a hot hatch, even though she’s not a slow driver. Down the line, It just needs to be a good reliable commuter with a carefree touch of convertible and its own character.

Make sure to provide an advert in this thread and send me your .car file via PM!

Previous CSR: 88 - “Back to The Future”
General CSR ruleset: The Car Shopping Round rules and stats

Engine weight is an interesting way to naturally limit it, but I think it would be better to just set it at 2500cc

not that I plan on using the biggest engine possible, or anything
LS1s are pretty light, right?

Apart from that I really like how the rules-set looks so far, very balanced while still allowing for a lot of creativity

Time to make some real piece of hairdressing tastic piece of chod. XR3 Convertible knock off.

I looked at the year and thought “Oh, my gosh, YES! I could totally submit my 6-liter straight-six OHV turbo"diesel” 1980s muscle car with a few quick changes!"

Then I looked at the engine regulations and was like “Yeah, no…that’s not happening.”

restricting the engine by weight is… unusual

Apart from that it looks good.

There are not many convertible bodies available by 1991, and how on earth are we supposed to maked a fixed-roof car look like one? By coloring the roof so that it resembles a convertible even though it actually isn’t one?

I wonder what engine could’ve inspired that… 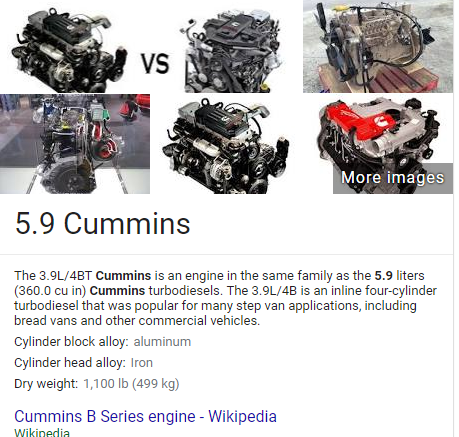 My test car is content enough while staying compliant within all the regulations. Limiting the engine by the weight is indeed unusual, but entirely doable. Just, don’t expect an impressive performance out of it…

interesting but engine weight limit is unusual.
I’m in.

Are targa tops/ T-tops allowed or am I stretching a bit far? Maybe one could make a non convertible car look like one with a detachable roof…

It would definitely increase the number of bodies able to be used, and considering T-Tops were a big thing in the late 80’s and early 90’s…

Although no idea if that holds true in Germany around that time?

Where does it limit the chassis that you can you use age wise?

Are you specifically referring to T-Tops?

well…
sadly, the PU/ ET limits will render my car waay too far off my plans for Anhultz
(plus much cheaper than required)

literally presented my entry in my last lore post

Black colored stripes for the win. I’ll make sure to not use a already convertible body, instead spending 3 to 4 hours gluing stripes of black trim on the roof to have that convertible feeling. Think about that sunroof stickers, it’s a wild variant of that things.

Also, I’m back at the design studio chair, come at me people.

Aaalso, would she be interested in some merchandise from across the pound?

Just noting, this is not my entry (yet)

draws a wildcard out of the deck

This is going to blow up in my face, but what the hell…

Alright! I’m thrilled to see interest and have looked at the feedback from all! So, I shall take on some points:

More in 4 hours! Have a nice day

I was going to take a hiatus after the last one buuut… might have to postpone that for a while yet. Question: does it have to be a Western car or can it go more Jap-import? More in the vein of “free market” lore.

Nice.
Still need to get another second with my N/A V8 but this’ll be fun. I don’t have a car for it.