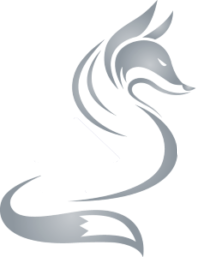 Founded in January of 2003, The Silfox company produces automobiles, buses, electric bicycles, forklifts, rechargeable batteries, and trucks. The current model range of automobiles includes electric vehicles, plug-in hybrids and petrol-engined vehicles. Their emphasis is on progressive design, marketing, and engineering, selling more to the tech-savvy crowd, with a more recent emphasis on New Energy models. The company is owned 30% by the Shromet Corporation, and is their Domestic Chinese partner, borrowing and lending technology, platforms, engines and even entire models where applicable.

Shromet’s ownership of a 30% stake in Silfox makes sense to me - it gives them a foothold in the lucrative Chinese market, and allows for a steady technological transfer between both companies.

To enjoy the fan, you need to be beautiful

Exsel’s inspiration comes from the dynamic moments found throughout life and nature. Fluid in its movements, a shape full of potential, and with extreme care paid to details, this is a true premium Sports Coupe SUV. When you’re in the Exsel 5, you’re in The Moment.

Inspired by the streamlined silhouette of a jungle cat leaping towards its prey, the Exsel 5 takes the imagery of that dynamic moment and makes it a part of its DNA.

Intuitively placed body lines and glossy paint give the Exsel 5 its muscular visual shape, like a perfect apex predator in its natural environment. 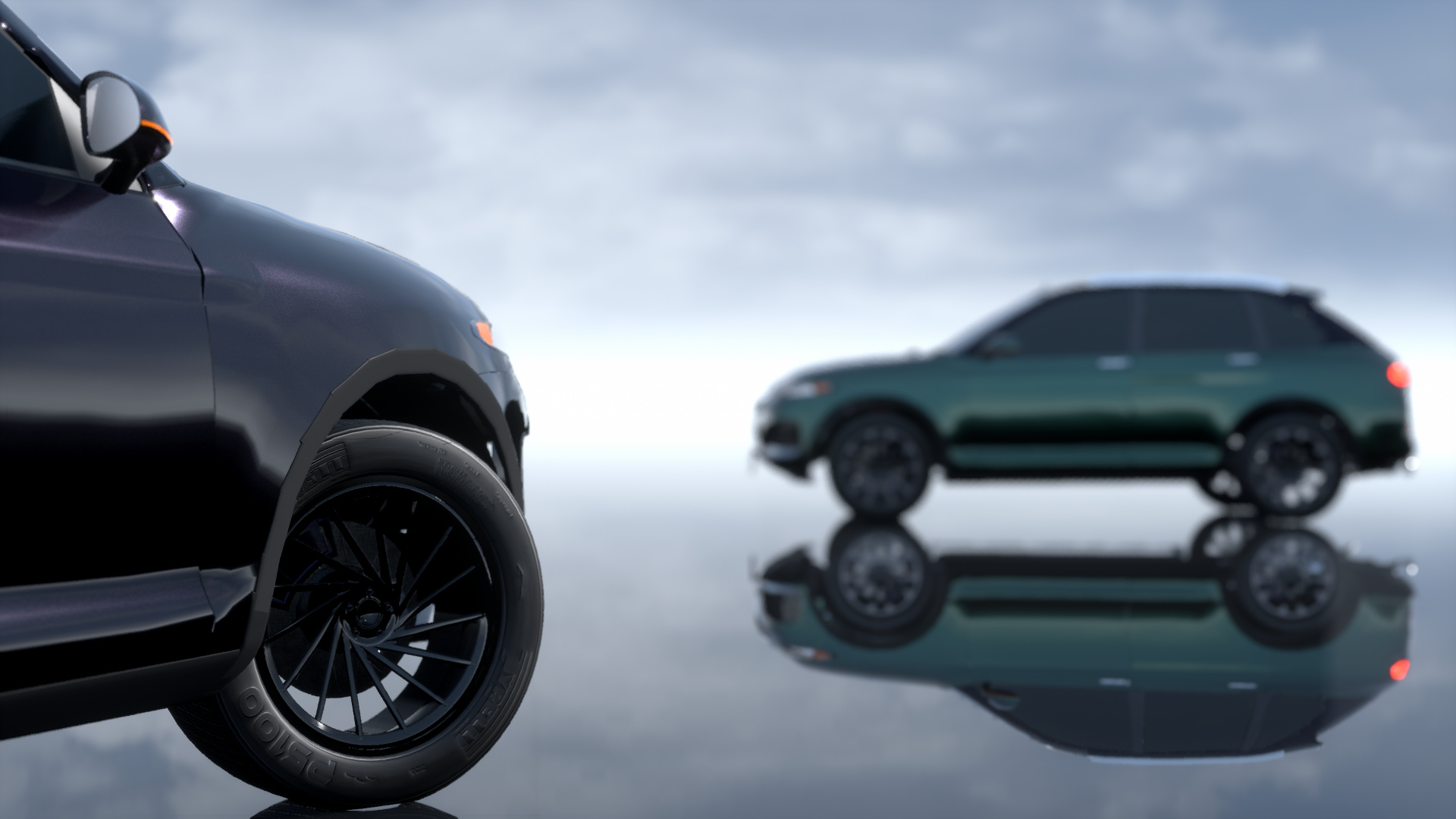 The latest intelligent vehicle technologies turn Exsel 5 into a smart car providing greater connectivity and convenience. Exsel 5 is a model that knows its user and can assist in driving with a full suite of driver-assist features.

Face-ID and the latest Smart Ecosystem ensure Exsel 5 is configured the way you like it the moment you sit in the driver seat. Driver aids such as ICC Intelligent Cruise Control, ACC Adaptive Cruise Control, LKA Lane Keep Assistant, and APA Automatic Parking Assistant can help reduce the stress of everyday driving. 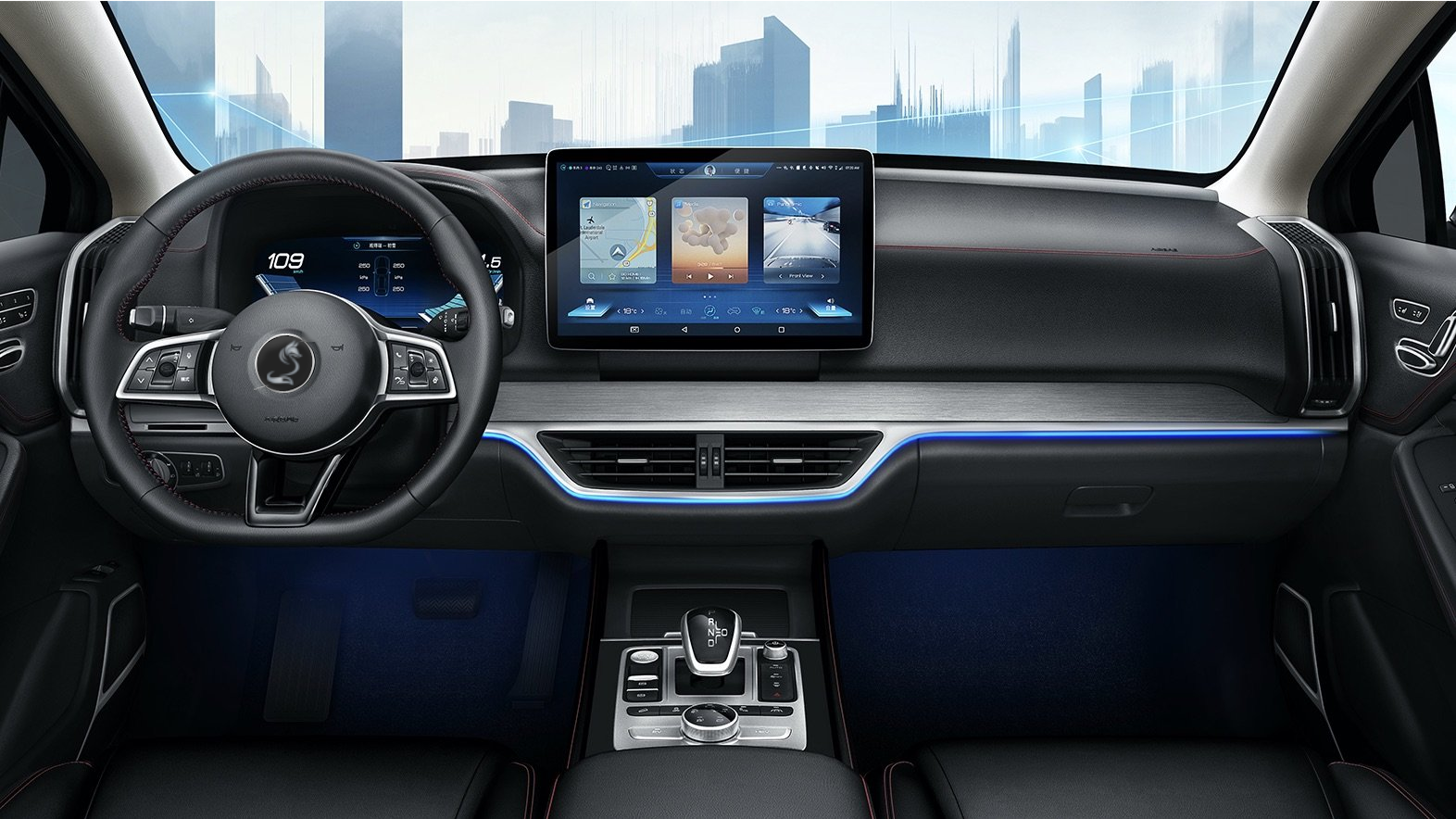 The sound system has been tuned to shield wind noise, tire noise and chassis sound from the door, creating a quiet ride space, thinking far, and enjoying the sublimation to a new level.

Layering allows for the placement of ambient mood lighting which changes based on the drivers desire.

Powerful performance, fearless and strict standards. The new generation of Exsel has the makings of a true premium, smart SUV. The oriental white space is used magically, and the western rhythm design is used. The sharp streamlines outline the light and shadow beauty of the body. From the head of the windmill to the tail lights of the piano, the dovetail of the whale head outlines the static momentum, and the waistline of Land Crossing is completed in one go. An Aesthetic taste of a new city, eclectic and self-contained.

The Ultra low drag coefficient generally only exists in professional racing cars and sports cars to shape ideal body curves, fuel economy and noise reduction. The low drag coefficient of the Land Crossing is enough to match a sports coupe and its superb car technology is evident. 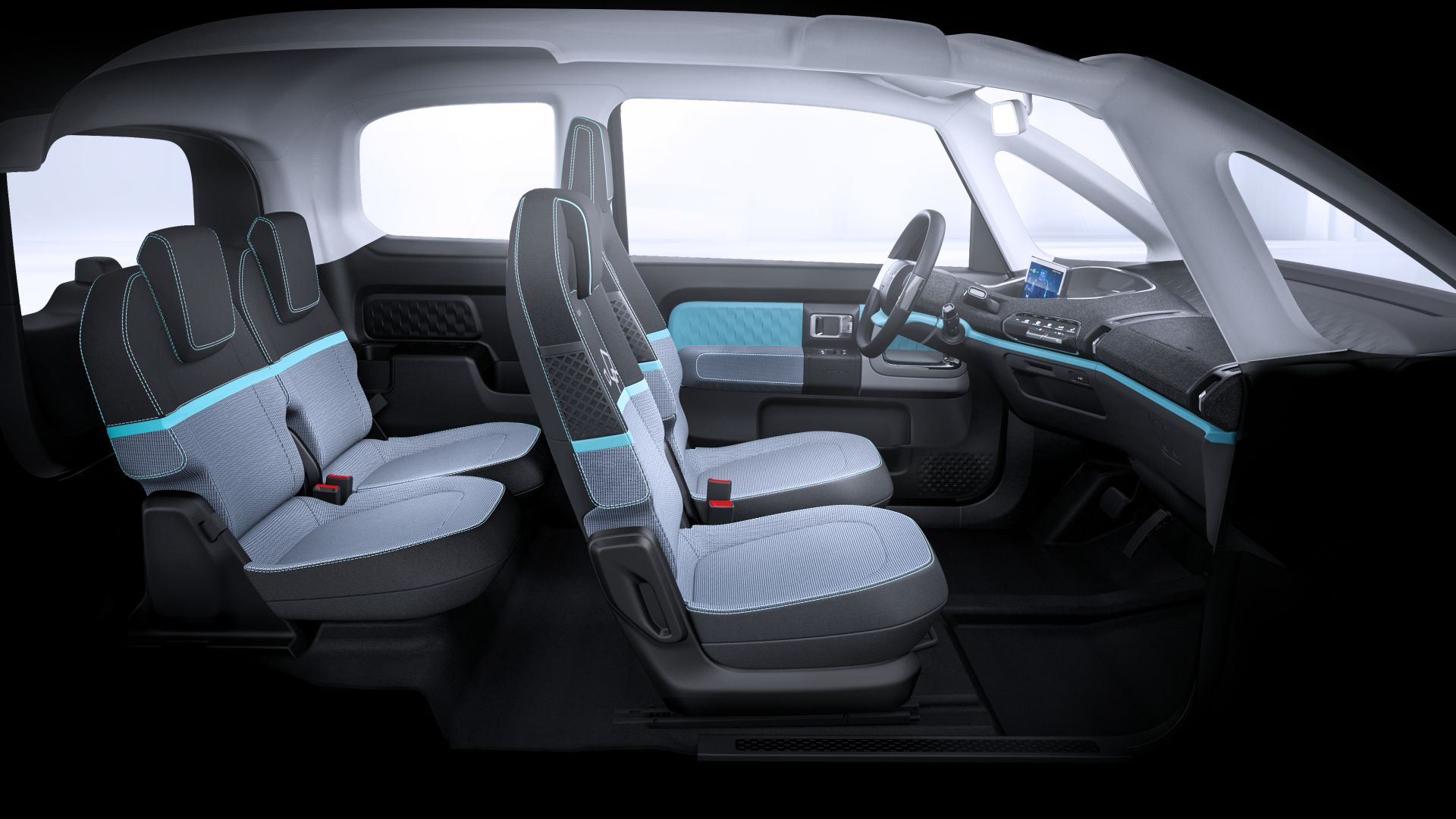 When the car is equipped with an Internet car system (based on AliOS’s Zebra Zhixing solution), through the big data engine, let the car and the world be connected intelligently anytime, anywhere; exclusive ID, remember your every habit, listen to your every word, realize Personalized travel life.

When technology can also understand human nature, not only can you understand your high requirements for life, but also be able to put yourself in a comprehensive position for you. Whether it is from the senses or driving, it is injected with a humanized and concise experience, which really makes you feel relaxed.

Dare to ride the wind and waves, of course fun and risk-free

disclaimer: this vehicle is in no way, shape or form related to the Kimura X-Land and Jiangsu Silfox Automotive Co. has no relations to or with Kimura Motor Co.

disclaimer: this vehicle is in no way, shape or form related to the Kimura X-Land and Jiangsu Silfox Automotive Co. has no relations to or with Kimura Motor Co.

How can Kimura sue car company which copied a design that hasn’t yet been released? When it’s been patented for over 2 years. 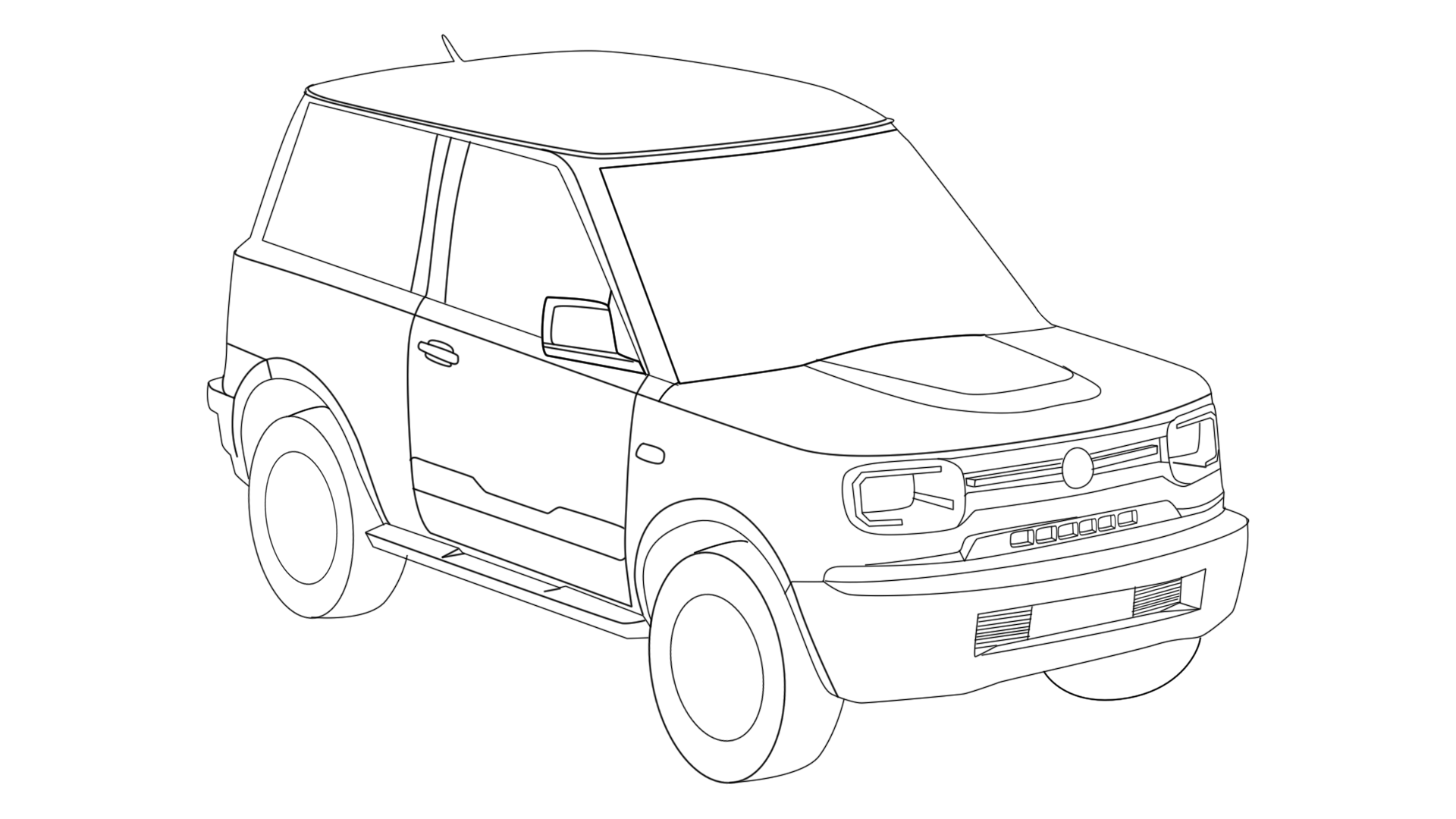 According to a report in Motornation, the automaker recently served China’s Jiangsu Silfox Automotive with legal papers over their new “Land Crossing New Energy” city car, claiming that the vehicle amounts to copyright infringement. Although the long-awaited second-generation Kimura X-Land is going to drop later this week, this didn’t stop the automaker from pressing legal action due to a longstanding patent.

One of Kimura’s lead designers, Peter Zauner, moved to Shromet in 2016 and has worked on vehicles such as the new Shromet Radiant. Shromet Corporation’s 30% ownership in Silfox has yet to have caused controversy.

Kimura was quick to press charges against Silfox, with legal documents making their way over to China just an hour after the vehicle was introduced. The Japanese company claims that they have no choice but to sue the Chinese corporation for their design as well as the model’s name.

If an American, European or Japanese automaker pulled this stunt, the reaction would have been very different, but China operates in a different realm. Automakers who have had their designs copies are reluctant to pursue legal action.

Still, there’s a repercussion for the copycat — Jiangsu Silfox won’t be able to export the Land Crossing while the case is before the courts.

The Kimura case could be a watershed moment in the automotive industry, though it depends if they win in their suit against Silfox. If the court decides in Kimura’s favor, expect to see more lawsuits leveled by automakers with illegitimate Chinese sons.

This all happened because Narfy posted a meme 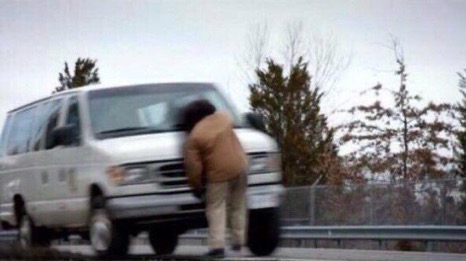 Last thing I’m posting before this becomes a discord server

Actually there was at least one case of a Chinese company successfully sued for copying design in a Chinese court by a foreign company.

yup, the Landwind x7 lost to the Range Rover Evoque

im pretty sure the Shuanghuang CEO lost to the X5 as well, but it still was sold in China just not europe

Clone Wars: Evgenis really not sure what is happening but reveals the scrapped, production-ready Evgenis Terranova anyway. 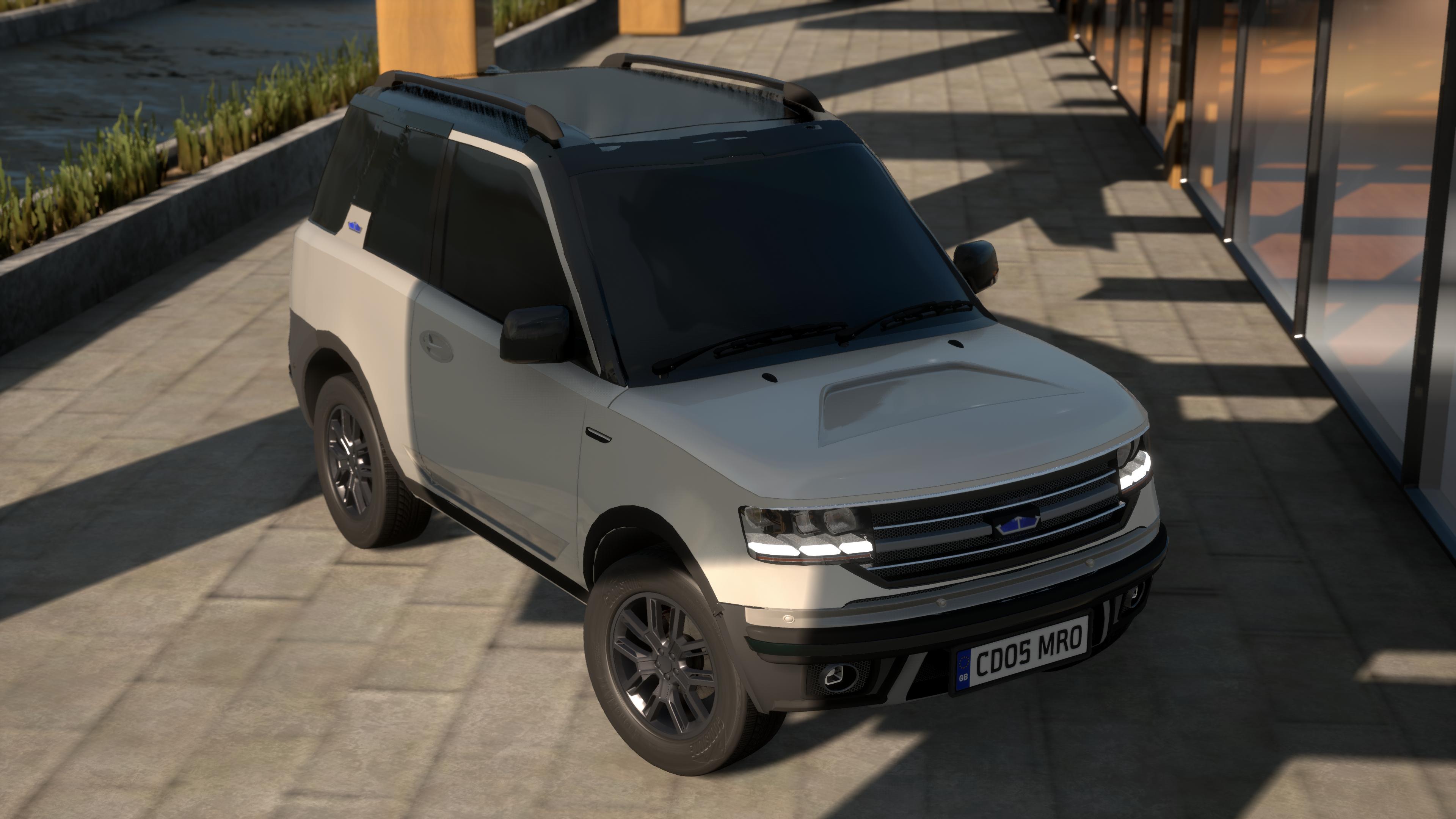 At Evgenis, we’re confused. Although Kimura patented the X-Land back in 2018, the Terranova was patented around the same time but never brought to production and scrapped as Evgenis did not believe people would be interested in a small, rugged, premium 4x4 like the recent revelations from Jiangsu Silfox and Kimura. In order to avoid leagal conflict, Evgenis personally contacted both manufacturers to confirm that, although similarities are apparent, none of this was intentional in any way or form, and thankfully there is no risk of us cashing in on their high-risk, low reward efforts to aim at a sector that is long dead.

Having said this and to raise awareness that potentially Jiangsu Silfox did absolutely nothing wrong and that it may well be a mere coincidence, Evgenis has revealed a couple of official images of the scrapped but production-ready Evgenis Terranova 1.2T 4x4 to clarify that this… well it can just happen. 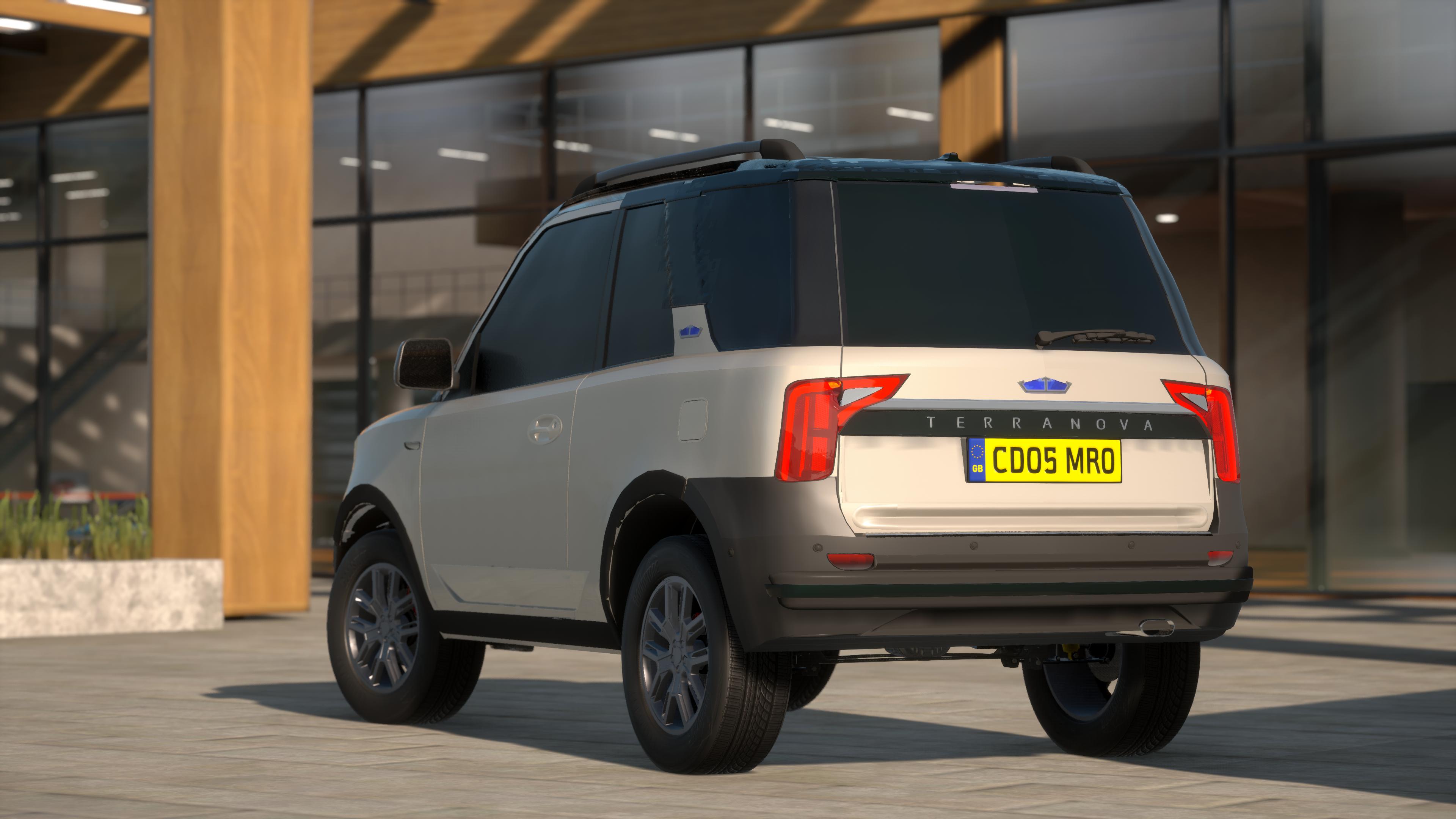 Evgenis will be taking no legal action in this case, but will be assisting in the investigation of what has happened here. Evgenis has long partnerships with both Shromet and Kimura and hopes that the dispute can be resolved amicably.

You want to drive this thing? OK.

A visual representation of this current situation

Ursula Confirms Cancellation of Production Version of the SX1 Concept 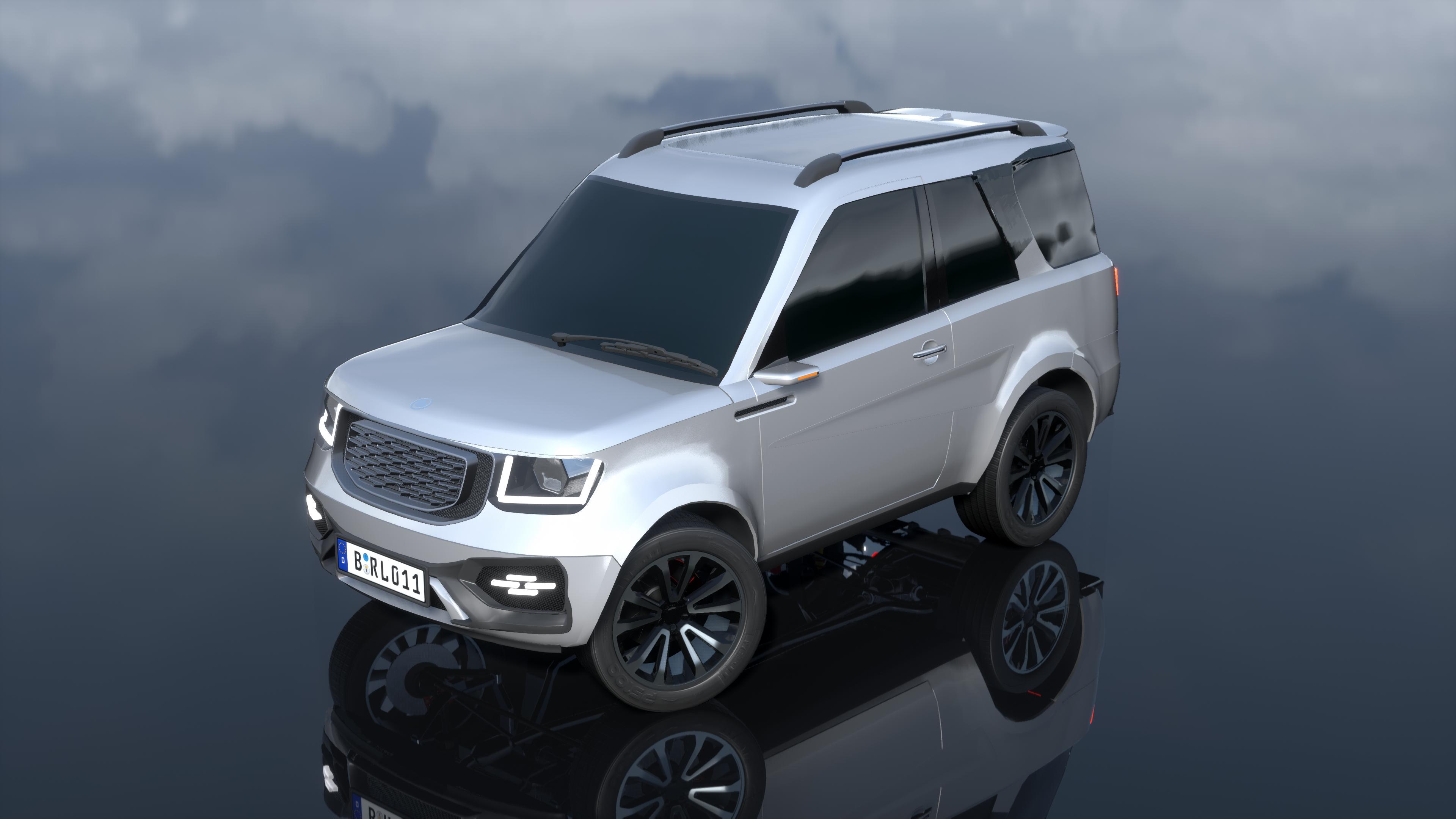 Pictured is the production-ready concept of the SX1, shown in Geneva.

BREMEN: Revealed in 2018 Geneva Motor Show, the SX1 Concept mini-SUV was originally going to conceived this year. However, for some reason this isn’t going to happen. On this day, Ursula AG spokesman confirmed this notion in a online press release of the upcoming new eV-R sports car. 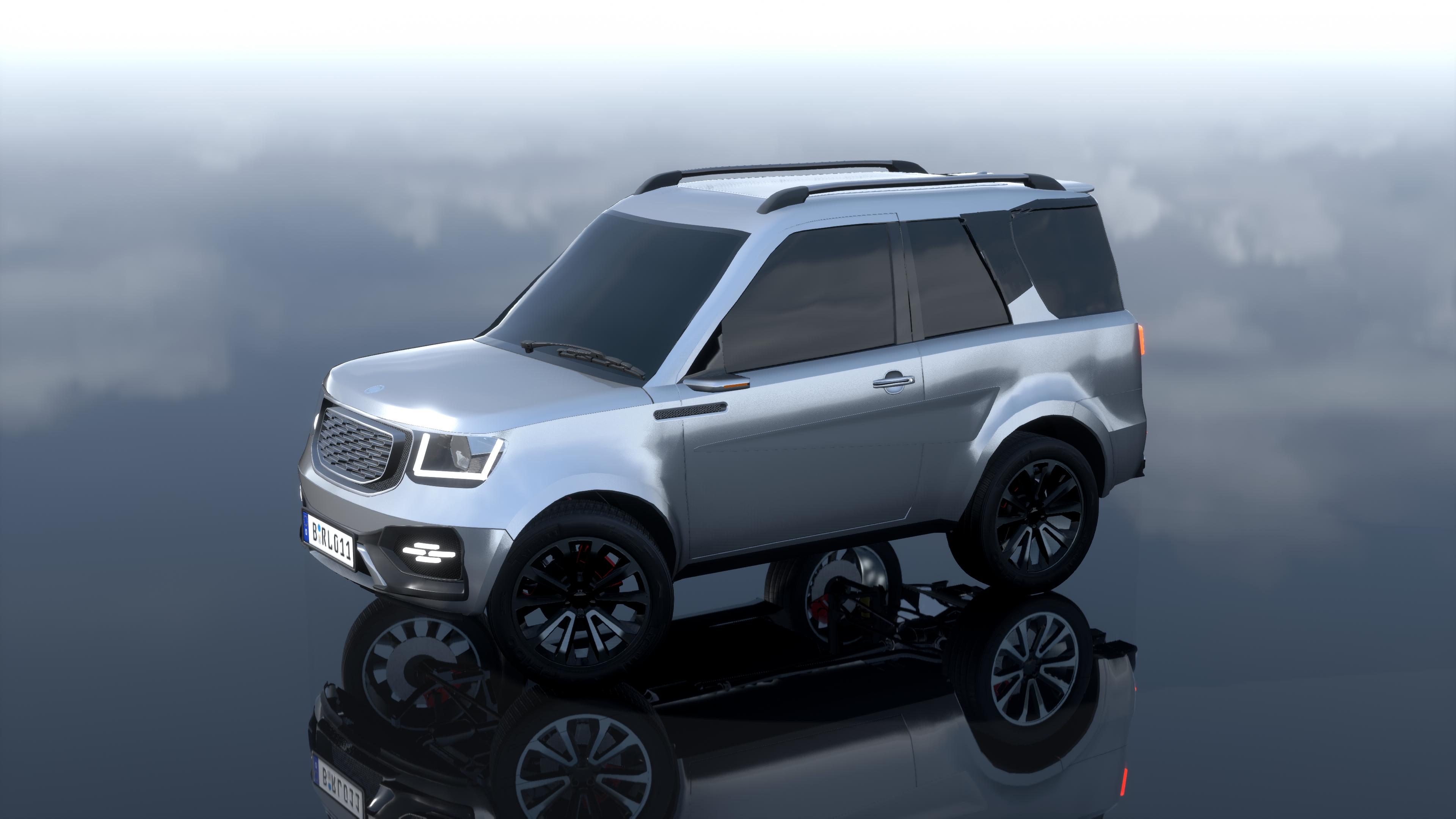 The spokesman stated that the cancellation of the production SX1 is because of the uncertainty of current events and economy, as well as shifting focus to electric vehicles, but photos of the near-production model shows that the new SX1 is similar to several vehicles including the Jiangsu Slifox “Land Crossing New Energy” city crossover, which became a sensation on automobile circles this week due to strong similarities to the upcoming Kimura X-Land. 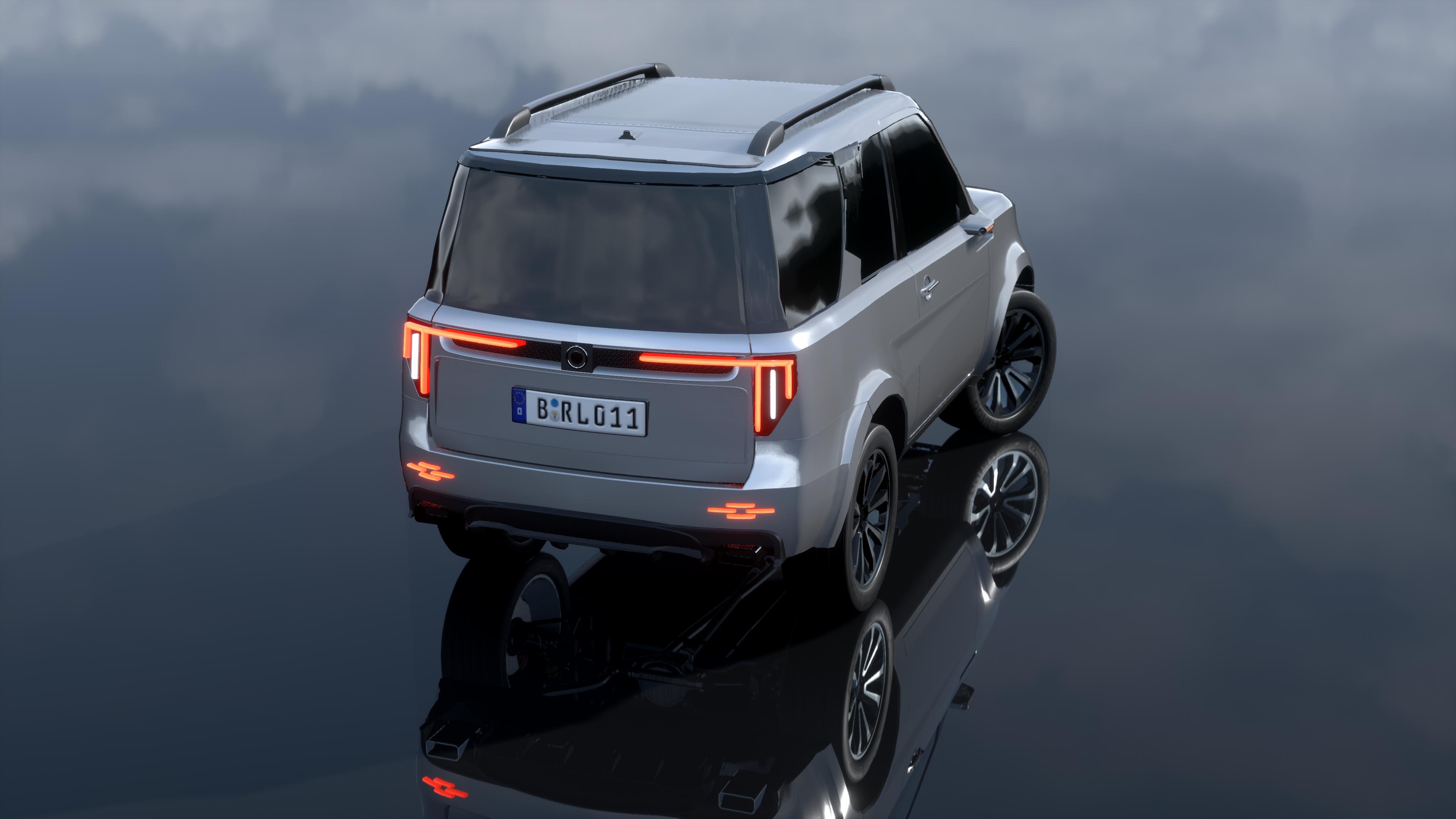 Nevertheless, it’s a relief that Ursula, Germany’s second largest automaker is avoiding a lawsuit and a financial loss by cancelling the SX1. However, with the cancellation the chances of getting a mini SUV from Ursula isn’t happening, for now. The idea is burning, don’t hide the pleasure of release

The contour of the front face is staggered, layered, and full of tension, and the momentum is ready to be seen at a glance. The edge of the hood is carved like a blade, strong and thick, and it is very dynamic. Draw on the cheetah’s competitive shape, outline the movement with natural lines, and realize the integration of strength and movement.

The design of the front of the car not only has the flexibility of jumping, but also has the momentum of taking off, which shows the beauty of the impact of the momentum. The rear of the car is like a crying eagle on the top of the mountain, leaving a smart back, which is unforgettable. Good enough to meet the needs and worry

Carry-on key identification, just press the door handle key to unlock and lock the vehicle. The engine can be started and stopped at the touch of a button without a key. Bring a convenient and easy departure experience for driving.

Layering allows for the placement of ambient mood lighting which changes based on the drivers desire.
By moving your finger, you can achieve one-key lifting of the four front and rear window glass, intelligent anti-pinch, intimate travel. 14 vocal safety voice reminders, just like the co-drive assistant on the co-pilot, accurate reminders, escort for driving safety. 48 silent technology optimization, idle noise as low as 38 decibels, better than the same level models, providing excellent quiet driving space. The value of the trend gas field

The trend celebrities in everyone’s eyes are the focus everywhere

Equipped with dual-channel laser PM2.5 sensor, real-time accurate monitoring and display of air quality, in the external circulation state, filtered by CN95 high-efficiency filter, keep the air fresh in the car at all times; when the concentration of PM2.5 outside the car is higher than the PM2.5 80 inside the car At the above time, the system automatically switches to internal circulation to block the entry of harmful gases outside the car and take care of every breath.