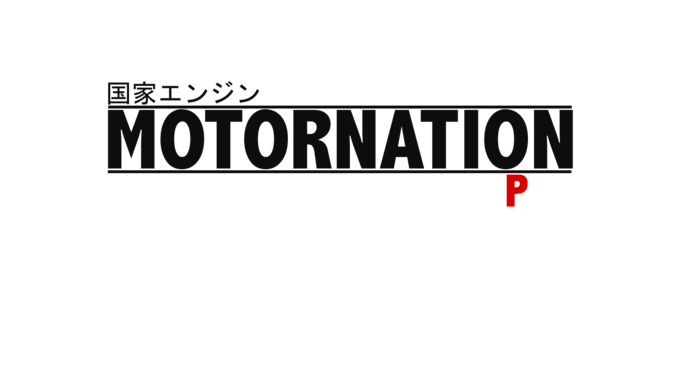 It is a YouTube webseries produced and starred by Kenji Shimura and Kuro Nakahara, two now retired racers, who will take the cars the companies produce to the limit, testing them at the Suzuka circuit, as well as the streets of Suzuka, in everyday traffic conditions.

They’ll seek to compare different types of cars each round, with different requirements, and give their thoughts about them, reviewing every aspect of the machines.

Who are Kenji and Kuro?

What will the rounds be about?

Kenji and Kuro will decide a topic every week. E.G: mid-sized sedans; they’ll present a couple of rules to go along with the style of car as well.

The cars submitted will then race each other in a sprint (two lap) race in Suzuka, to check their driving feel, sportiness and how fast they are. They’ll then take the cars to the streets of Suzuka, where they’ll test their practicality, how easy they are to drive in heavy traffic and how comfortable they are.

Appart from the track test, there won’t be winners in each round; however, both drivers will come to a conclusion and decide whether a car is worth it or not, taking everything into consideration, as well as its price.

How do I submit my car?

The rules and naming convention will be written in each round’s post.

History of rounds and topic:

Round 1: A compact performance skirmish! 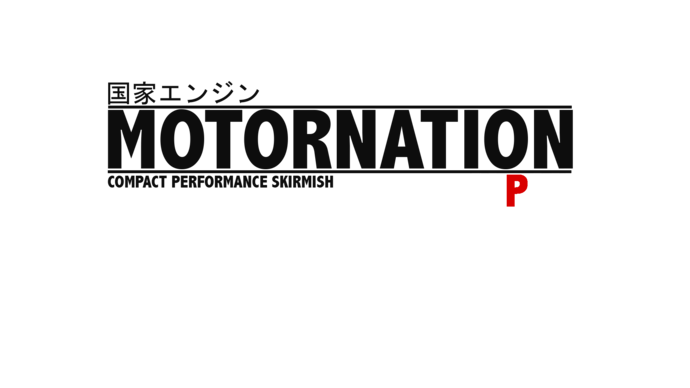 Round 1: A compact performance skirmish!

Kuro slipped a cigarette between his lips, lighting it with a clear cased lighter, which would soon run out of gas. As he repeteadly jammed his finger against the flint, he sweared a couple of times, until he managed to light the tobacco. He picked up the phone, slamming the buttons on the dial.

-C’mon, pick it up, dammit…Kuro thought, as he waited for the phone to be picked up on the opposite end. After a couple of beeps, he finally heard the phone being picked up.

-Who’s this? Answered a deep voice on the other end.

-Kenji? It’s Kuro! I’ve been trying to call you for like half an hour. Kuro puffed away. You see, I’m about to start a project for which I have sponsors and I need a talent behind the wheel like yours.

-I’m retired, Kuro, and not going back to racing. So sorry but I’m not the person you’re looking for.

-Kenji, please, just listen to me this time. It’s about cars, not really racing per se, even thought some racing will be present.

-What are you proposing? Street racing like these kiddos in their Miatas and Silvias? I’m married and I have a son who’s going to college, can’t go back to that kind of stuff, dumbass.

-It’s not street racing, dammit! Would you listen to me once? Kuro puffed away again. We’re gonna take care of a webseries, a car reviewing one. And we’re allowed to review them in our own style as long as we are informative and accurate.

Kenji put his phone back on his right ear, remaining silent for a couple of seconds.

-Comparisons and reviews. Racing tests. Daily driving tests as well. Behind this are the guys at Motor Nation, the ones who reported the ACCC. Kuro puffed away once again. So, are you in?

Kenji remained silent a couple of seconds. Okay. I’m tired of not doing nothing at all, I need to spice my days up; this better be worth it, though. Meet you tomorrow at my warehouse.

The night flew by, and the sun appeared at the horizon once again. Kuro arrived on his '14 Maine Scorcher at the warehouse. Kenji was waiting for him there. They opened the warehouse, cleaned it and prepared it to be their HQ. Kuro then called MotorNation and notified them of their new location, which was greenlighted without many problems.

-Okay, Kenji. We need to start working on our first video, which has to be about…performance compact cars. Like hothatches and small sports cars. Let’s get to it.

Kenji sent the rules to MotorNation, which would soon send them to the different carmakers of the Automationverse.

I think you meant wheel diameter, not profile.

Anyway, are there any other restrictions?

My MR sportscars are pretty damn compact. Are you sure you don’t want to expand on the rules?

I’ll see what I can conjure up. Watch this space!

I believe you mean swore, or cursed.

anyways, i may (really may) try to make something, but i’m crap at making small cars, so…

@abg7 I meant rim diameter, you’re right. I’ll change that, thanks for pointing it out.
@squidhead As long as it complies with the length, rim diameter and budget rules, there’s no other restriction. You can make a FR, FF, MR, RR, FAWD, etc car. It’s up to you.

Righto, the cars I’ve submitted for my reasonably priced sports car comparison will fit well in here. You’ll probably find they’re on the rather cheap side of things for what they do, as I’ll be submitting them as is, with the exception of them using factory rubber as opposed to the generic tyres I insisted upon for my test.

For case of testing - Kenji and Kuro will test cars that are still on sale, so they can be older, but they need to be still produced and sold

Thanks for clarifying that… Now to find something in the Bogliq catalogue that’ll be a worthy competitor!

You know what is coming

Fcuk. My entry will have to be on some non-standard, smaller wheels… But maybe it won’t hurt? Hmm…

It will definitely get noted.

As long as it complies with the length, rim diameter and budget rules, there’s no other restriction. You can make a FR, FF, MR, RR, FAWD, etc car. It’s up to you.

We just have something that fits the requirements. Let me present you yet another XR Variant. This time it’s very orange. 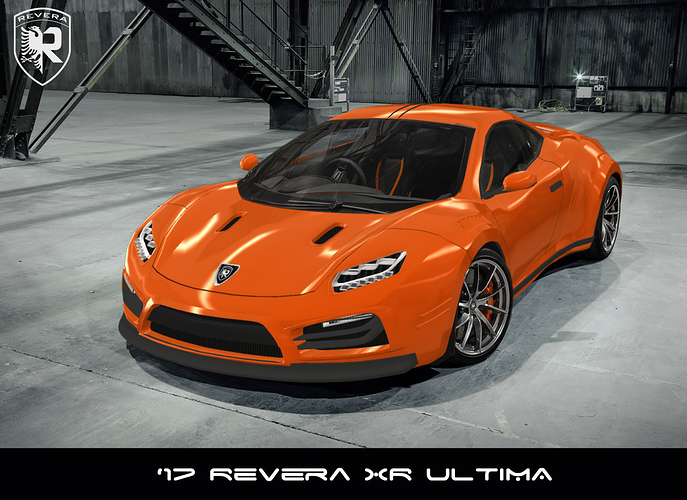 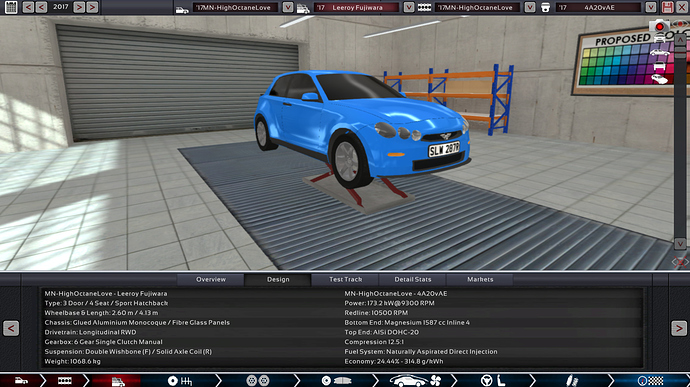 After the early sales success stories of bespoke built, Leeroy Racing cars in the 90’s, Leeroy Racing special editions were to become a profitable arm of the company going forward. Based on a generic Bogliq donor, a theme was selected and a limited-run model developed to best encapsulate that ideal. 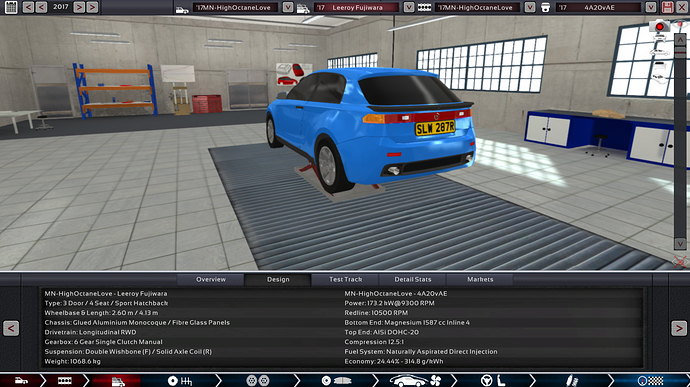 The Fujiwara was Leeroy Racing’s attempt at a re-imagining of the car that made Takumi Fujiwara famous. Using the baseline of the 2015 Bogliq Kitten, the entire car was transformed; aluminium chassis, polymer panels, rigid rear axle etc. This resulted in about 300Kg scrubbed from the car (inc the engine) and a bespoke, licence-built ex-Toyota 4A-G 20v was inserted where the usual Bogliq engine resided. The 4AG was modernised with direct injection and a magnesium block and was re-jigged to ensure reliability at 10K revs! The Kitten Sport RS donated it’s interior and the Kitten enTrance donated it’s infotainment unit. Safety was the usual Bogliq standard with the crumple zones re-calibrated for the new materials.

Priced at $32K driveaway, no-one was expecting the cars to rush out the door, but for the right buyer, the Leeroy Fujiwara would seem like a bargain at twice the price…

Albury’s latest affordable mid-engined sports car, the new-for-2017 CMS-20T, was built to replace the much-loved CMS-16 after a five-year hiatus that still seemed too long for most enthusiasts. Powered by a turbocharged 2.0L I4, it shares its platform with the smaller-engined Harris RMA-4, but has a more aggressive and harder-edged demeanor compared to its sibling. 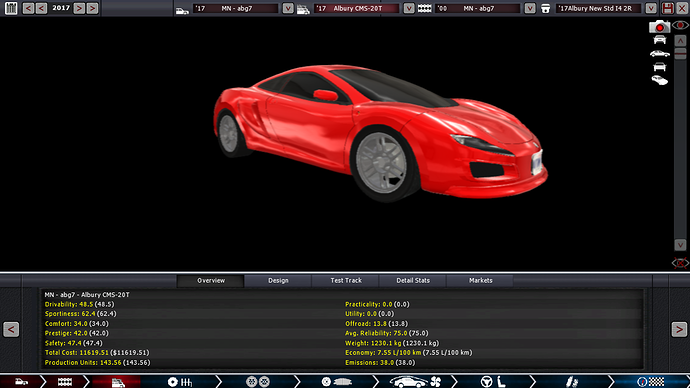 Pricing starts at $25350 with a 30% markup, which makes it a relative bargain for something as track-focused as this. Can you handle it?

After Accursio’s dominant performance in the newly formed touring car series, ACCC, Accursio moved quickly to release a road-legal track-spec version of the Criceto available to the consumers. The result was the Accursio Criceto Corsa, a car made sure that everyone could have the racing legend in their driveway (or their cupboard). While it doesn’t use the same engine as the touring car-spec, it does use a similarly sized and powerful, high-revving V6 engine that push it beyond its competitors.

The Criceto Corsa has a curb weight less than 700 kg and shares a lot of technology and parts that made it’s racing-spec sibling light, as it is equipped with magnesium wheels and uses a full-aluminum body panels and engine. This lightweight nature of the car allows it to be extremely agile around track and give it a very respectable 0-60 time of 5.5 seconds.

With the constant war between manufacturers to deliver an affordable sports car. Accursio’s aim is to undercut everyone in the budget sports car market by selling the Criceto Corsa at 12,899$ USD (30% markup), and is willing to offset the costs by running a relatively large production of number of 7000 for the initial year.

I guess you have seen this before, and here it is again. The Baltazar Quasar RS325.