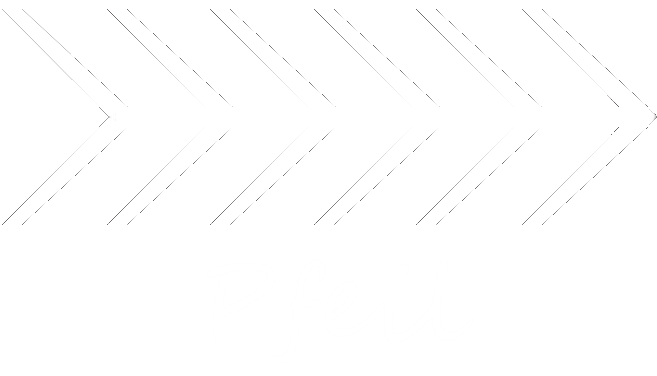 “Pfeil Motoren und Forschung” was founded 1935 in Zwickau, Germany, as a producer for engines and transmissions for WW2 vehicles and R&D for new engine tech and designs.
After the war and the company reopened as “Pfeil Transportforschung” and did contract work for other car brands, but also for other transport services (Trains,ships etc.)

1948 the president “Holger Friedrich” decided to focus funds on a own project. The big automotive fan wanted to construct his very own sportscar for public use and also use it as a testmule for other projects inside the company.

And so 1950 the first concept was build in their own little workshop: 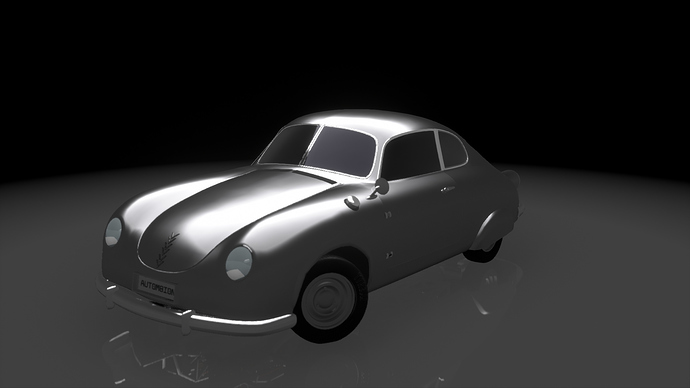 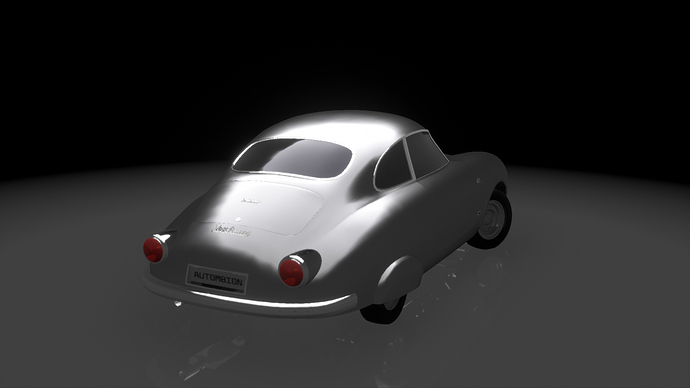 The, after the near forest called, Pfeil Vogtland.
The idea was simple : Make it as aerodynamic as a plane and as light a possible, but still driveable for non-pilots.
This testmules had multiple experimental part and where a key tool in the development of other techs.

1952 the company got the opportunity to buy a factory in their hometome and so they did.
They changed their name to “Pfeil Autos&Forschung”, but they faced the problem on finding a car to produce and with which parts.

The team concluded on moving the already working buildarea for the Vogtland into the new building and expanding it, to produce more cars. The team took the spaceframe and alu shell to be able to already start production and reused one of their Inline 6 Engines to power the “Version II”

Only a few years later and the first civilian Vogtland left the plant: 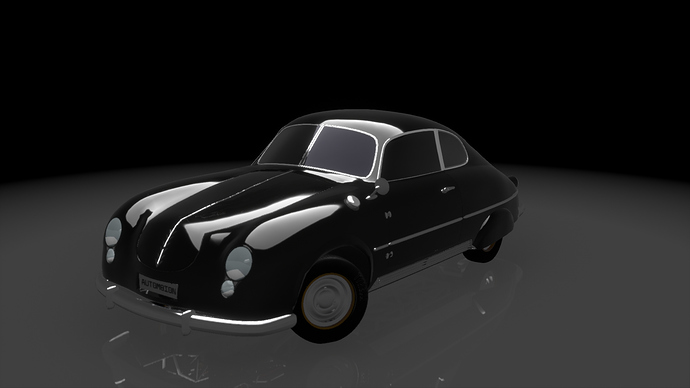 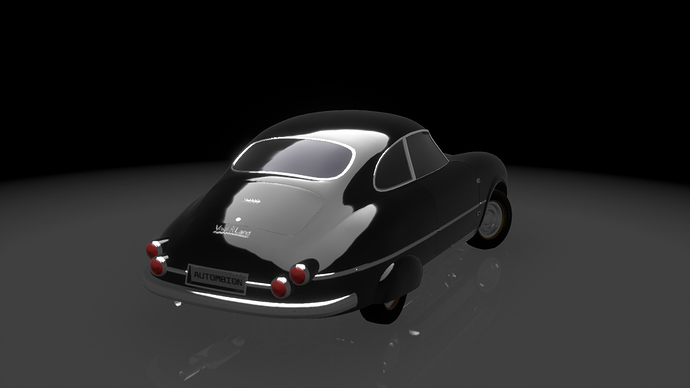 Since then the company focused on light sportcar and Engine Development.
In 1974 the company started supplying “EcaMobile” exclusively.
The company was fully integrated and bought by “EcaMobile” in 1980.
As “Pfeil Performance and Research” they are still designing engines and high power vehicles for EcaMobile

The first civilian Pfeil is a FR 2 Seater. It featured a 110hp 3L Inline 6, sport seats and a premium radio.
The overall design of the Testmule was kept and some new details were added. The one sided mirror and door handle were kept to make this a real drivers car. The driver should been given the feel that only he has control of everything.

After the Vogtland the Spessart was the second vehicle made by Pfeil. It features a Fiberglass shell with a Steel Spaceframe. The Spessart gets powerd by a 2.3L SOHC Inline 6 producing 155hp. For better road performance the car is fitted with Double Wishbone front and back. The hood was formed to create the best airflow for the DCOE System.

And experiment to bring the brand into a new market. This may be not the typical 2 seater coupe but it still tries to capture the light sportcar feeling. The 1000kg Taunus is powered by a 2.8L SOHC B6, transfering 140hp to the rear axle. The Taunus is able to move its 4 passengers at 180km/h 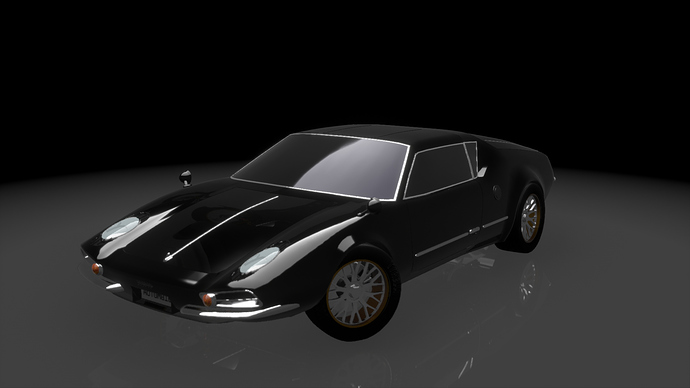 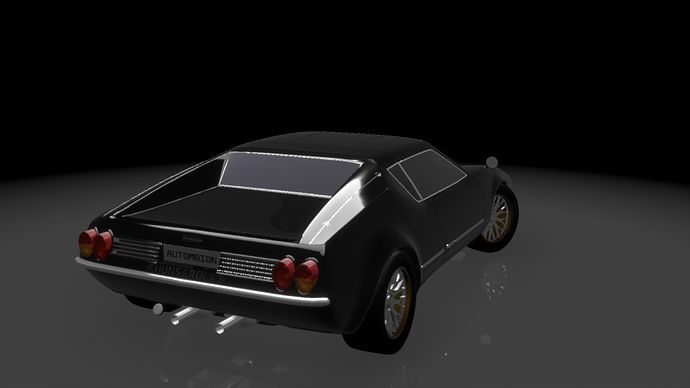 HighresScreenshot00325.jpg1920x1080 165 KB
3L V6 with 140hp were pushing this MR 2 seater over the streets. The engine features DOHC and DCOE Carbs. It also came with full alu panels, DW front and rear and 5 speed manual. Part of the design features are pop-up headlights and Gullwing doors 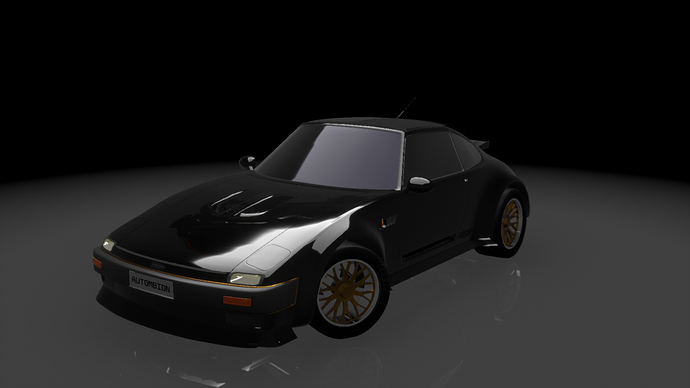 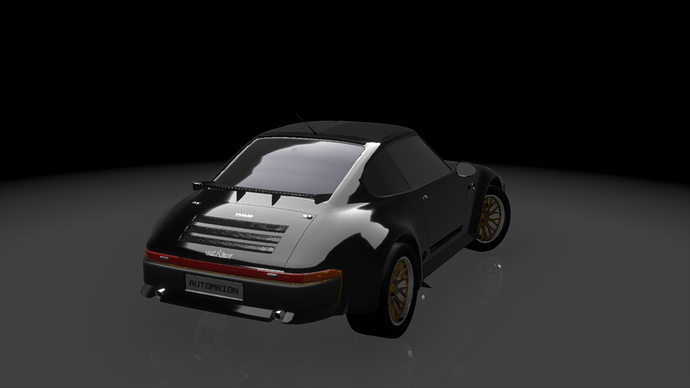 180hp from a full alu 3L V6 located at the back of the car were put into this targa coupe. The shell is also made out of fiberglass. The car came with a 5 speed manual reached a Top Speed of 197km/h and jumped to 100 in 4.3 secs. This is also to be known as “The last Pfeil” though being the last vehicle made, before Pfeil was bought out.

The Top-trim model of the Vogtland. Fitted with a Twin Turbo System which pumps up the engine to 280hp. To handle the new power the wheels were widden and a new widebody, which gave the trim its name, and other aero parts were fitted.

A modified version of the Vogtland. This car did race in the Corso di Fruinia was tuned for the rally. The vehicle was raised and got better wheels. Aux lights and a roofrack were also fitted. To fit with road regs a pair of indicators were retrofitted

So… This is the company responsible for adding vigor and vivacity to the EcaMobile range. Their contribution to high-performance trims in their lineup would not have come about without the knowledge earned during development of sought-after classics such as the Vogtland.

That’s correct. They are even credited on a lot of EcaMobile models. 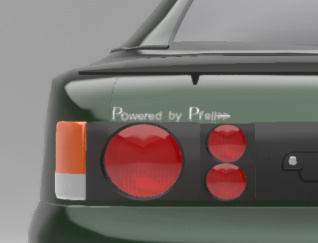 But that’s a different story