Entering the 2020 Trafikjournalen 24h Clunker Run is the Kyung-Yeong Nostalgic team, consisting of two drivers: Kyung-Ja Song II and Jung Lee. Both of which will be driving the classic 1969 Ssanvan GT.

Yeahhh, unfortunately, I had to swap them out for the rules to steel lol, but just imagine they’re still magnesium

Entering for Team Buccaneer XA are drivers Connor Pacey, Edward Autumn, and Tommy Slater. The car they will be driving is a 1980 Cheval Buccaneer.

My team will be entering one of these cough beauties cough. I’m waiting on final approval of the design and my race no. assignment before revealing the actual race-car and the team who’ll be racing it!

Here are the stats for my cough beast cough and I hope my car will be able to run the gauntlet of the Dice of Fate and finish the race in one piece!

It’s 2020, we’ve had Internet for 30 years, so my cars stats would be readily available to everyone else. Besides, I’m fully expecting my car to burn to the ground because someone on my team attempts to play New Wave in it’s 8 track player! 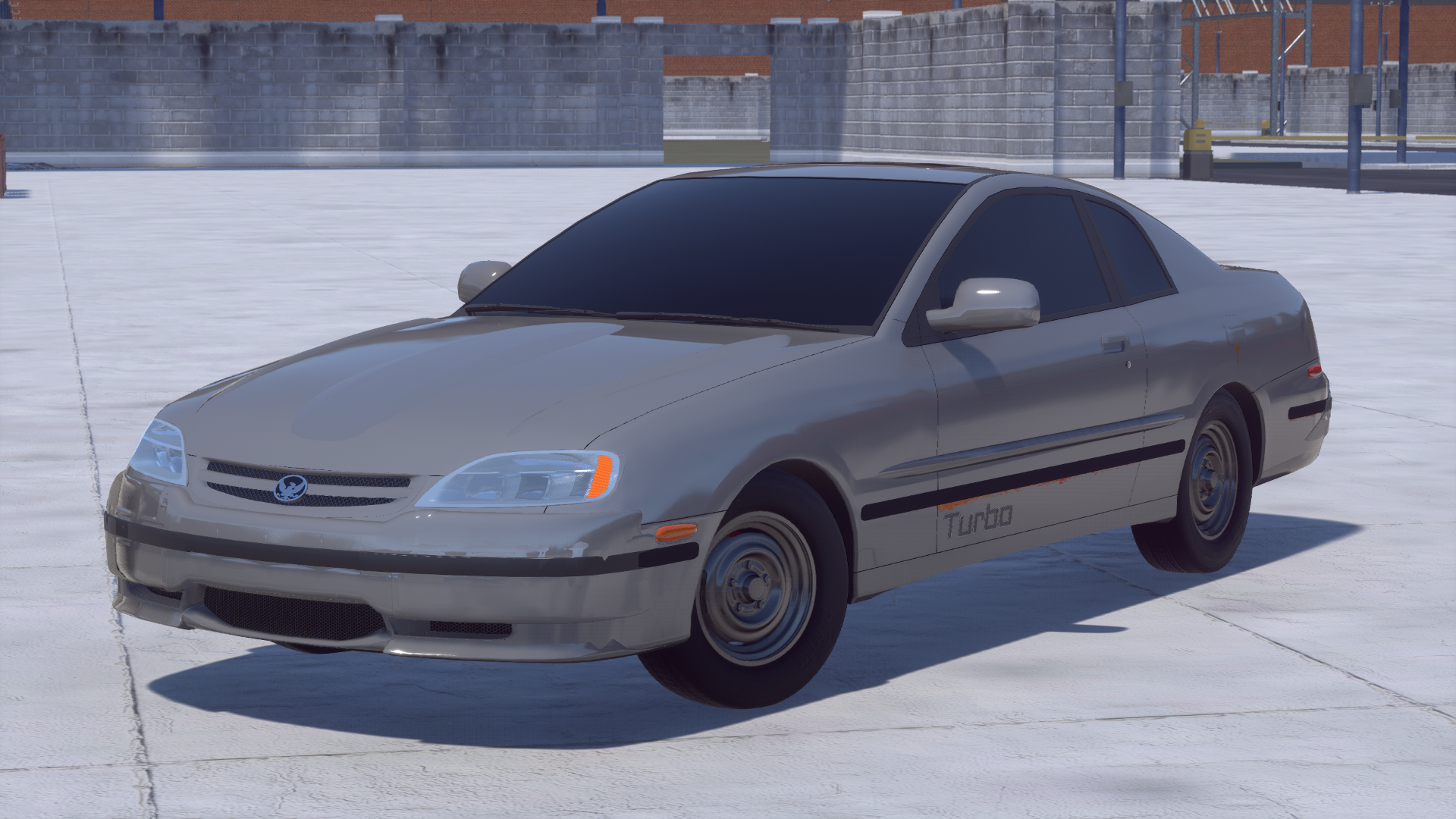 Hot hatch for the people.

Before sending it in, a warning is that I will class a 4 door 2 seater hatch as a “Strange engineering decision”…

Five people, all with a passion of automobiles gathered together to join a race. And why these people, which are seemingly random joined forces to join a race? Well, they are actually the moderators of an well known automobile forum, Project Overdrive. And they are joining the race because they wanted to celebrate for the fact that they are celebrating the 5th anniversary of the creation of the forums.

Carol Lee/@CarolLee_218 - Malaysian. A 28-year old woman from Ipoh, she is currently the head editor of Drivers.com and a part-time model. Despite known for her car reviews this will be her first ever automobile racing event she ever joined, but she isn’t in charge of the racing on this competition. She’s currently the admin for the Car News sub-forum and also the moderator of the website.
(You probably know her before. yup, I’m actually doing this)

Tony Hayden/@TonyHayden - Australian. At 53 he’s the oldest in the bunch, Melbourne-born Tony is the owner of famed tuning company Hayden Works, and being a former Formula 1 racer he also has the most racing experience of the team. He is currently the leader of the Motorsports sub-forum as well as one of the site’s moderators.

Keichi Toyoda/@ToyodaSan - Japanese. A 46-year old school teacher haling from Sapporo who happens to know a thing and two about repairing and maintaining vehicles. Rumors said that he was the part of the Midnight Club at the 90s, before the group was disbanded. He is also an moderator of Project Overdrive, as well as the admin for the Tuning sub-fourm of the site.

Martin Blaire Jr./@BlaireTheGreat - British. The youngest in the bunch with an age of 26, the Liverpool-born is currently a test driver working for Porsche. He was a contestant of the first international Gran Turismo eSport championship and won several national-level eSport championships before that. Currently, he is in charge on the Gaming sub-forum on the site as well as being a mod on the site.

Arun Rajagopal/@ArunOverdrives - Indian. He was a software engineer working for Google, but now he currently owns Project Overdrive and maintains it. The 34-year old Bangalore local is also an amateur rallycross driver. Despite being the leader of the team he isn’t racing on this competition for now. 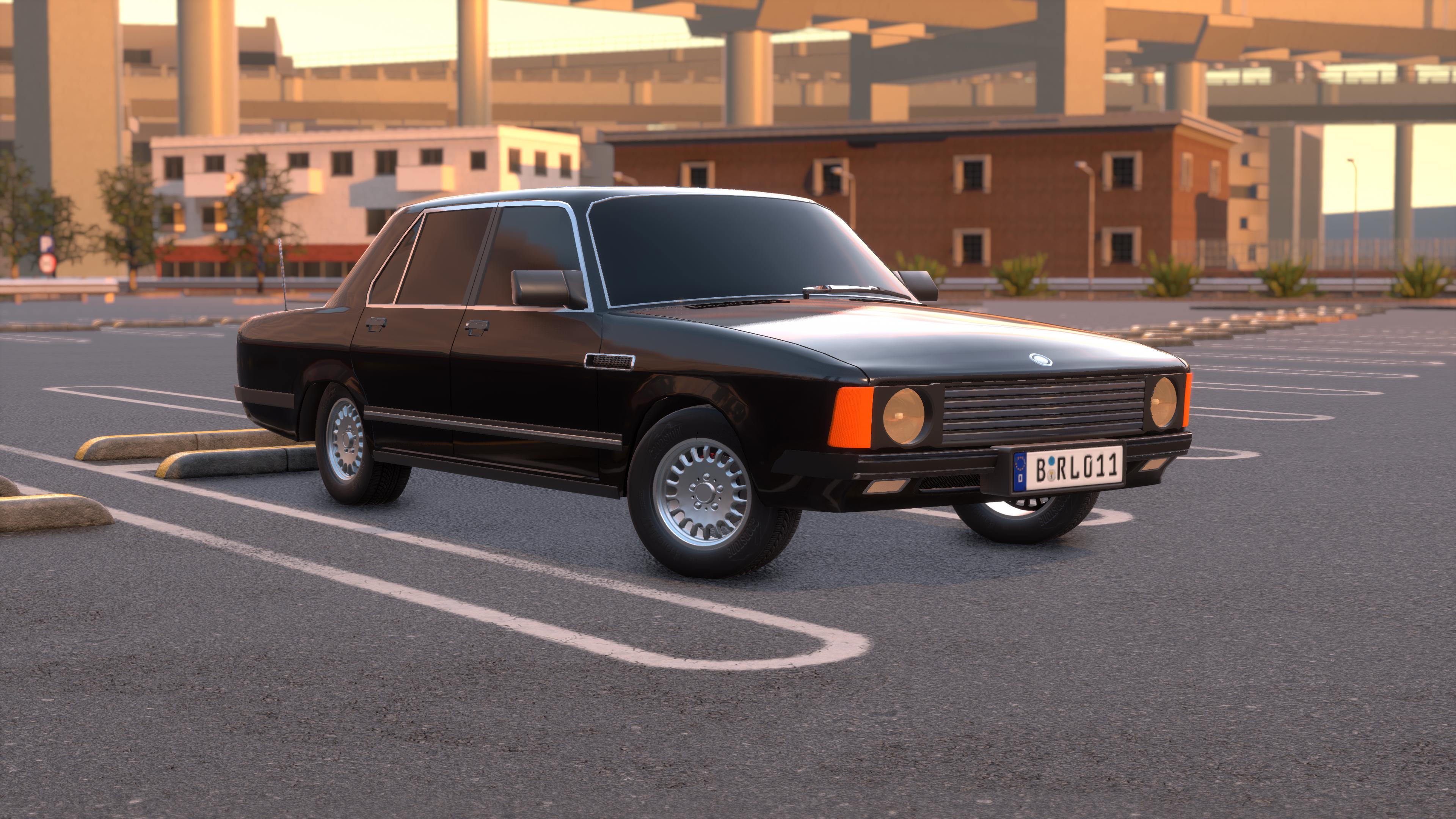 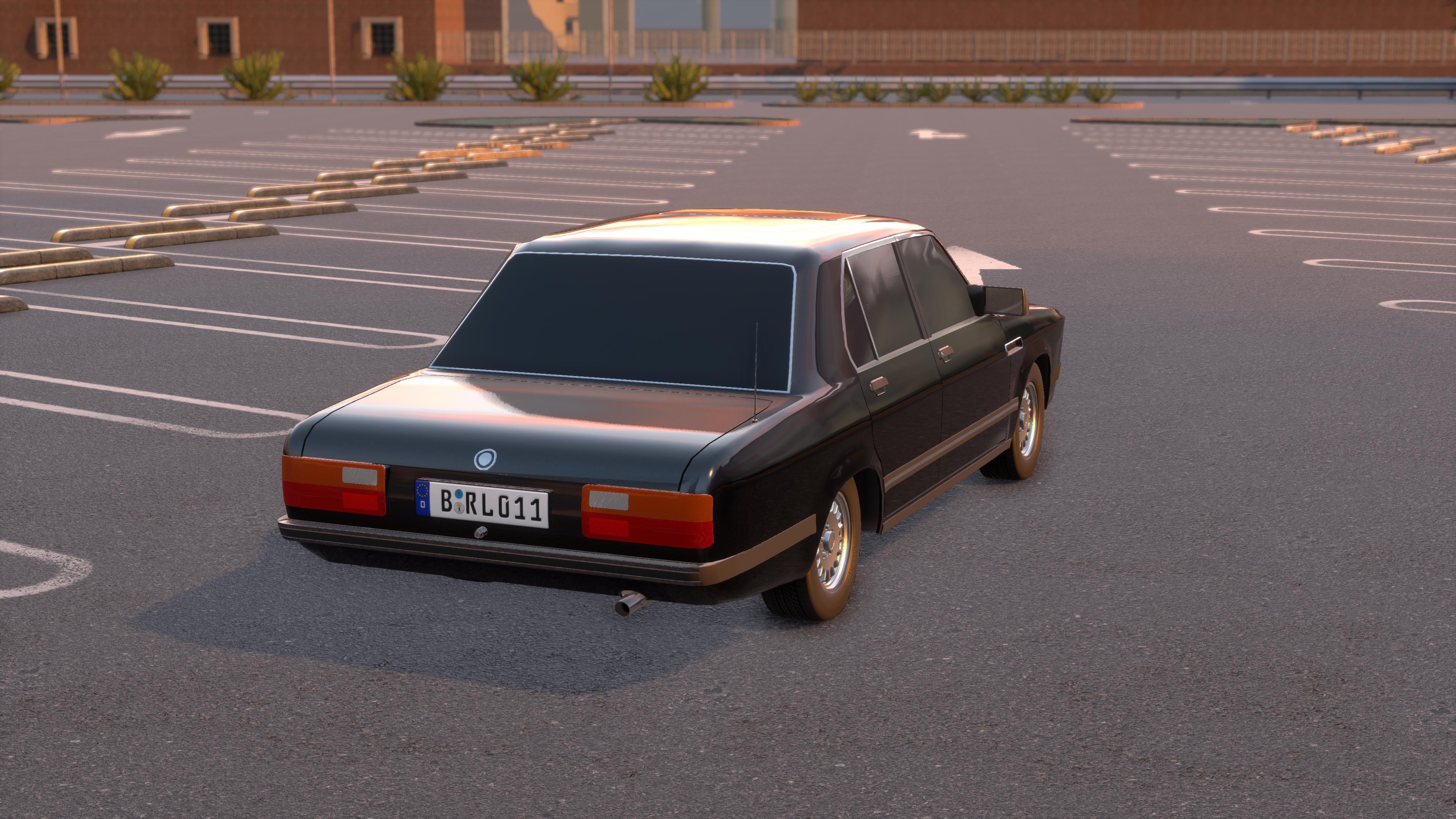 This is actually the base model of the 2nd generation F7 series with a 149 hp 2.6 liter inline-6. It’s too large an handles like a large sedan, however the German full-size sedan accelerates well for its size (9 seconds 0-100 time) and was known for it’s reliability. The group actually bought the vehicle for the race, for some reason.

Mandy, Connor and Johnny got out of Connors mum’s Ceder Korab 1.6 Diesel, how lovely…

Johnny: ‘‘It’s in the shipping container over there’’ said Johnny pointing to the container about 16 ft away.

Connor: “I still don’t understand why you let Johnny choose the car, the last person I want to choose a car for a classic rally is Johnny”

Johnny: “It’s not even a classic rally it’s a track event”

Mandy pulled open the container doors with a hair raising squeal from the mechanism and told Connor to back the trailer up. He shuffled back over to the crossover

Mandy: “Christ I haven’t seen one of those for years”

Connor: “As long as it’s better than that bloody Egura we had in America, that thing was held together with sticky tape” said Connor sticking his head out of the Korab’s window whilst backing the trailer up

Johnny: “Don’t worry it will be, I have a feeling”

To be fair the car didn’t seem to be in bad shape considering who made it, designed by the Dutch and engineered by the Italians, what could possibly go wrong you may ask, well a lot considering the state of the company as of now, but regardless of that it has an under stressed 1.6 OHV Boxer 4 that only made 72hp when new and definitely didn’t feel like it when the car was unloaded as the workshop but after a bit of tweaking by Team Bakewell it seemed to be running decently enough.

Johnny had imported the car from Spain to the UK after finding it on the internet, without telling Connor or Mandy mind… Once back to the Jackdaw workshop in Blighty the car was given a full going over (see below).

Mandy Carter - 24 years old : She and Connor have come home from a poor Once More Trip and now have been dragged on by Johnny to Sweden for the 24Hour race, which they still have not had all the details laid out to them.

Connor Johnson - 24 years old : Long time childhood friends with Mandy with no romantic feelings no matter how much both parties parents insist there existing. He has now become a full time English teacher at an awful primary school and has secretly been improving his driving skills for the trip… which were shocking. He has been with Mandy in all her driving trips and now can’t miss one.

Johnny Carter - 21 years old : The youngest Carter sibling, has already taken part in the 2nd Great Automation Run and failed but we’ll ignore that. He has a knack for buying terrible cars as is evident due to his current ride being a US imported slammed and very noisy Maesima Celento 1.5 “wangan wagon”.

Mandy and Connor hope to see some familiar faces on this trip, so do say hello if they have met before.

The Riviera was a rare coach built variant built using the longer nosed Australian market Harris 100 with a custom centre section to make a pillarless coupe body. The rear tailfins were cut down for a more streamlined shape and the front had an inset section either side of the radiator grille to fit driving lamps into the normally empty space.

The Team, the Knightwick owners club

Driver 1:
David Anderson, a 67 year old retired car mechanic who used to work at Knightwick dealerships and whose father owned the Riviera four from new. This very car kick started David’s love of cars as a young boy.

Elizabeth Garrison, a 45 year old long distance lorry driver. Her experience of driving for 24 hours with little rest will be priceless in this competition

What a beautiful looking car! Would be a shame if someone smashed it up…

Just a reminder. Before putting anyone in the starting grid, I want both a presentation here and the .car-file sent in. So if you wonder why you aren’t in there, One of those things are probably missing.

Days before the race started…

@BlaireTheGreat - 08:33 PM MYT (+8 GMT)
Well…maybe is an Ursula. If is that Carol might be very happy since she’s our resident Ursula fangirl.

@TonyHayden - 08:36 PM MYT (+8 GMT)
Wow. I remember this car, I think I had owned it for 5 years before I sold it for something else. It’s comfy, nice and pretty remarkable to drive.

I have a plan then,. As I’m still on the airport, I can’t do anything right now, but if you all can do anything we’ll meet at Blaire’s house, shall we? I’ll meet you next day.

@BlairTheGreat - 08:37 PM MYT (+8 GMT)
Fine. I know that Keichi and Tony are now in my place, and I don’t know about Carol since she haven’t told me anything yet. But right now I’m going to eat my lunch, it’s nearly 2 PM here on Liverpool.