To keep it simple, you give me a car (via dm) and I’ll put my own twist on it, the Zephorus style, more aggressive, more anger, more style.
I’ll probably end up doing an engine swap, or tuning the original. That would be the extent of “tuning”, the rest would be designing the car to be the best it could be.

In your message to me, things I’d like to know (but don’t have to) is what inspiration you had for it.
If you want / say, I’ll create a kinda guide on your car, what things needed changing most, how I changed it and what inspiration from other cars I took. Mostly though if you don’t It’ll just be some nice pictures of the original and then some pictures of the new car, with a few specs.
You’ll get the car back of course, It’ll be a clone so it shouldn’t overwrite the original car when I give the .car back to you.

Promo
i know its just one car but im lazy

First car!
In and done, thanks Aeris Autos (Discord) for the car

The car was nice, but a few things needed tweaking for it to be more 2020 looking.
It also needed to be more aggressive, a small sports car with 500 horsepower isn’t a joke.
Original

1974 Bradford Gilo
Thanks @yurimacs for the car.

This car is pristine, it’s really pretty. Visual improvements were very hard to find, the engine suprised me as it had plenty of power already at 236hp. So with that here we go. 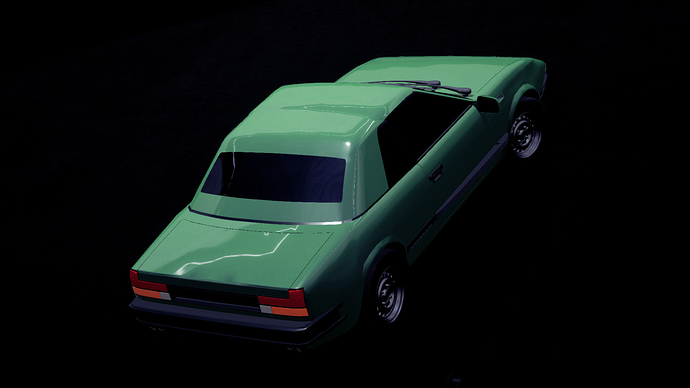 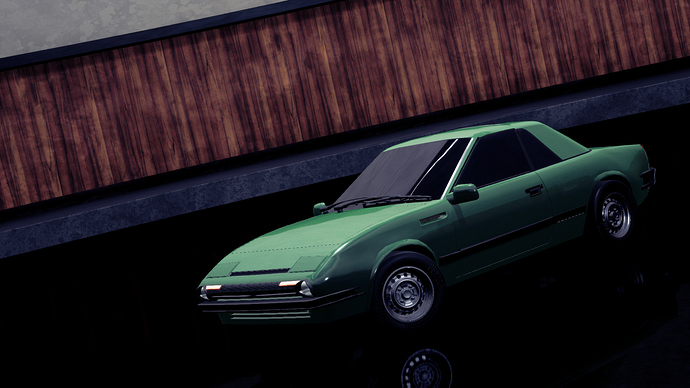 This car was hard, really hard. I struggled for any kind of design improvement I could make, so good job on the design Yurimacs!
There is also a sponsorless design too, with only race numbers.

Tybalt BTCC
Thanks Aeris again.
Many things stuck out at my again for this one, the lights were a little strange and the front had no flow. Here’s what I came up with hint in the name
completely swapped the engine too, with 340 horsepower and a redline of 8500 you can listen to the race spec Inline 4 at your nearest race track

With all due respect to the first design, as it was a great one, you turned a bloated city car into a menacing looking trackday car! Holy shit man. Great job!

When I designed the GIlo, I had in mind that it will one day be converted to track use, and you got it right for the rally car conversion. It looks the part, and it will certainly perform. I am looking forward to your future designs.

Banshee NPR Carbon Series
Thanks @ColonelSanders for the car, it was really cool and unique

I liked the amount of chrome on the car, it did give it a sense of GT premium and the styling was super futuristic. Those “red” rims are chrome i swear
However the rear wasn’t to my taste so much.

Every time you try to improve on someone else’s design, you always pull it off with aplomb. Keep up the good work!

HuangJia JiShu XE
Thanks for the car @Tsundere-kun it was awesome to work on!
The only problem I had with this car is that the front was a little messy, but it wasn’t a massive deal and the outcome is amazing.
Original

Vengence Stock
Thanks for the car @cRiMiNaL
This started as a fairly boring truck, other than being stanced there was not much to it. I turned it on its head.
Hillclimb FTW

What a suprise to get a car from @yangx2!
While they said “This is not one of my proudest designs” I still found it very creative and changed very little of the actual design, opting to create something from it rather than redesign it.

Quite an interesting take on my abomination crossover, thanks! Great photos too!

Centauri Buffalo 455GT
Something older!
Thanks to @nialloftara I can design this legend.
A big V8 in a light body is always an explosive mix and it needs to look the part too.

Centuari Banshee - Turbo
Continuing with @nialloftara’s cars this was meant to be a 2019 “budget” supercar. Well as there isn’t really such a thing I decided to opt for more of a neutral looking supercar, it’s still fast at 200mph+ and now it has a V12 too, its just a bit heavy.
Original

This car was basically a complete overhaul

Definitely true here, and your work makes the Banshee more understated and harmonious in this case, in contrast to the Buffalo, which became more extrovert after you redesigned it.

Solution Cars Novox
Thanks for the Car Icebear
Bit of a special one this, you’ll see why.

But wait! Isn’t there an original car?
Yes, yes there is. 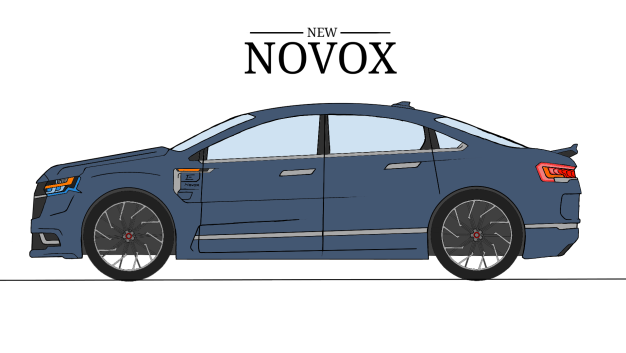 Tanaka Akuma (3rd Gen) R
Wow this car is stunning already, awesome job @Aaron.W
What am I gonna do?!
As it turns out, not much.

I struggled, but thats because it was a hella good car in the first place. Top job Aaron.

Linden LE3 3.0 S Coupe Auto
Thanks @abg7!
There was a lot of nice paints that came with the .car

Apogé Batiscan
Thanks @ColonelSanders again sorry this took a while
A big luxury boat.