I’ve noticed in, say, 4.1.5 that sporty cars seem to score miserable on competitiveness, even in demographics that should care about it. However they still sell very well and they sell to the demographics you would expect them to. So, I think it’s more to do with competitiveness being weird, not that it is a number with any direct effect now. My average top 3 competitors often all have 0 Sportiness. I suspect this is doing something weird to the competitiveness, but perhaps not the desirability.

Regarding the 3rd point, the issue is visible on the screenshots that I attached in another issue [4.1.7] Car selling to the markets it shouldn't be. Car selling very well, but the hub is saying that the desirability is 13% and 9% for two trims. I’m starting to suspect that those two issues are related:

Hub is reporting an average desirability of the generated sales? This car shouldn’t be selling to non sport markets, but it does because of some sales model issue and that’s why we are getting a strange/misleading desirability in the hub?

Re the 1. point. Here is an example I was talking about. Sports car from 1951. Automatic transmission works better for all sport markets? The problem with power steering I think I have observed in the same savegame, but a couple of years later when I was facelifting this car.

Note that later, in 1960s, somehow the manual gearbox was scoring better. So it might be a balancing issue? First screenshot shows a comparison of stats between automatic and manual gearbox. 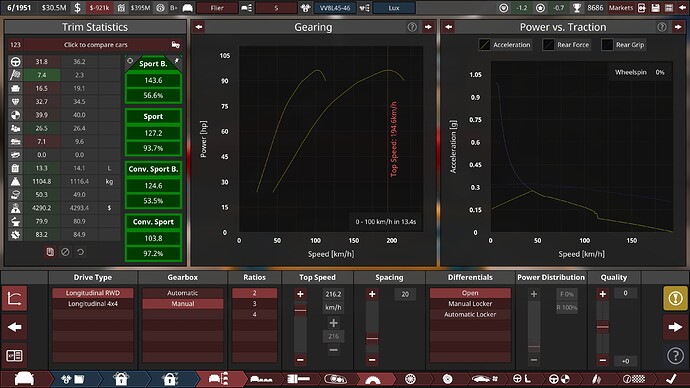 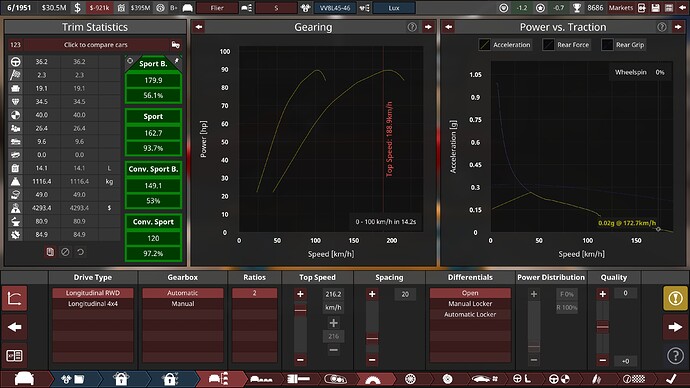