To start the new year off I am considering hosting a new Rally series. The idea will be along the lines of only under 1000cc engines, in a year with not much tech, highly based on how the car has been set up. It will be semi inspired by the Trek and Rally series hosted by @Private_Miros hence why I may ask them for a little help with the setup, such as suggesting a few stages.If I go through with it, I’ll have something up by mid-January at the latest, since I can’t do any testing ovr the next 2 weeks, as I am gonna be back at home for the Christmas period, leaving my PC at University. 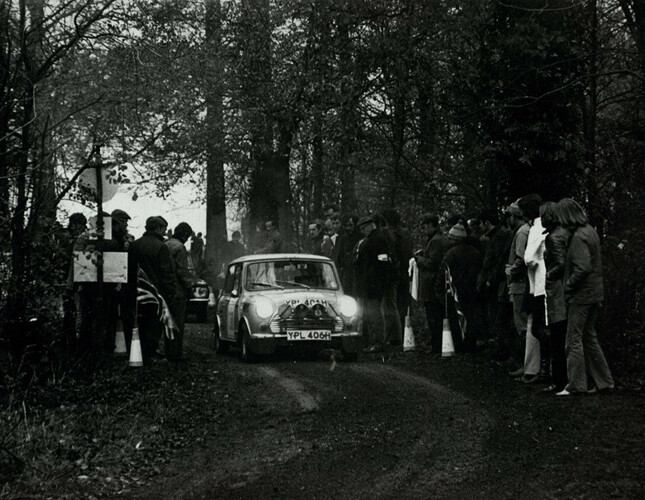 Entries to be sent via form PM. I will not accept enties via Discord.

BeamNG is no longer being used for this challenge. It may be used again the future rounds but for now will be eliminated

On a final note I will only accept Two entries per person. This is to save time on my part, but to also to make sure that I don’t end up with too many entries to handle.

Abandoning CSR permanently is not a good idea, but letting it go on a brief hiatus might be worthwhile, if only to let the controversy over the previous round die down (if it hasn’t already).

Besides, the thread for CSR115 was locked before any announcement from the second-placed finisher as to whether or not he could host the next round - but given that he hosted CSR114, it’s unlikely that he would want to, which makes it likely that the third-placed finisher would be next in line to host CSR116 (if it takes place).

Because there was too much potential for daftness to carry on before that happened, and it can be discussed elsewhere.

I’m sure it will carry on in some form or another, I’d just quite like it if that last one can be stopped with now. In times to come it’ll be “eyyy remember that time CSR 115 went bad?” and that’ll be it. There’s no need to keep the arguments and commenting about it going now, certainly not in public anyway as it just gives rise to more trouble.

I’m still somewhat of a Novice player to CSR as this was probably the 8th one I’ve joined since joining the discource. I think I came in around the mid 100s skipping over a couple because I couldn’t think of a design to fit the rules and styling. I have definitely learned a lot more when it comes the engineering, still tweaking here and there granted thanks to practicing with SSC. I have a very competitive mindset and granted a very impatient mindset as well. But I do not act salty if things don’t go my way, lesson learned, move on to the next challenge and hope I create something better that can get me past the prelims. I’ll be happy to reach the finals if possible, but in due time.

I would love something more on the lines of SSC. I also would like to join challenges that have a driver’s side of things, like BaE’s 88 SC challenge or FailRace challenges because they look hell of fun.

There’s no need to keep the arguments and commenting about it going now, certainly not in public anyway as it just gives rise to more trouble.

Put well enough. I didn’t start this thread to cause arguments, only as a suggestion based on the last 5 or so rounds of CSR (not specifically the last - although I will admit slightly more than othere).

Therefore I think It’s best that any post after this should be suggestions and possible advice for my Rally competition coming in January. (If anyone starts arguing about non Rally challenge topics, please do not hesitate to close this topic - it’s time the community moves on)

I didn’t start this thread to cause arguments

Not at all, was more meaning it as justification for why I just killed the thread off without warning. And yes, you’re right, let’s shift on to other things here too.

I for one support the continuation of CSR as-is. It is still a good contest, but like anything publicly hosted there will be differing opinions. I say we look at 115 as “well, that happened” and move on with the next host. I will assume that is being decided on the Discord since the salt mine is closed (again)?

Also, the rally bit sounds fun. Will see if I can join that too.

CSR should not shutdown because a small minority cannont play well with others. Anyways, CSR will likely live on, and people who have challenge ideas should not be stopped because CSR is on-going.

I’m sure a revamp of CSR would make it more fun and less controversial (maybe trying the finalists in Beam, among other things) but the name should carry on

This is a contest that’s been being held since well before I’ve been part of the game (my first CSR was #73, and you can tell it was my first lol) but CSR has become a massive part of this forum as a whole.

I am contemplating two different ideas for the rally, they are;

Either way I do want to both styles so it doesn’t matter what you vote for. However, I feel like the latter option would be better for the first round, although it may be less appealing and a bit samesy for everyone.

Also as a note, the OP of this thread will now just be for the brainstorming of this round, and will eventually contain all the rules and details when entries actually open. Therefore I politely ask that any CSR talk is taken elsewhere.

Keen to enter, no matter which option

I have been doing some testing in both Automation and Beam, and will have the full ruleset up by the same time the poll closes.

I have also decided that due to it’s relatively decent stability, this challenge will be held in the latest Open Beta. If you wish to be salty about this, please don’t go posting salty comments on this thread, I will just ban you from entering - simple.

I have resisted all temptation to switch to Open Beta, not that it’s anyone’s concern. For those who have tried, if I made a car in stable would it transfer to Open Beta still? I entered the former rally challenge and would like to give it another go.

It should be fine, most of the changes are to the UI, and a few bodeies have been edited, so a few morphs have been changed, but there is no former rally to this one. This is a brand new rally series.

I was referring the last one hosted by @Private_Miros that you referenced. Sorry for the confusion.

I’ve noticed, making some test cars for this, that a car with 1000cc in this era is going to be making about 35 horsepower max, which is going to net you acceleration times from 0-60mph in maybe 25 seconds, even in a 700kg car.

“Fat is safe, but Lean is mean”
Usually 2 ticks above the carbs max AFR is peak power, for NA, turbos are all dependent on boost level though.

Personally I’ve never found myself in a situation where running ‘too rich’ would yield me the maximum power, even with turbo engines. But, as I said, personal experience.

Now that I’ve fixed my richness problem, it still dawned on me that we have to contend with quite disappointing 85-95mph top speeds and 0-60 times of still 15 or more. And those are on the only 3 bodies available to that time period that weigh under 700kg. Going heavier or bigger than that seems very risky as you get nothing back for it- you only lose.