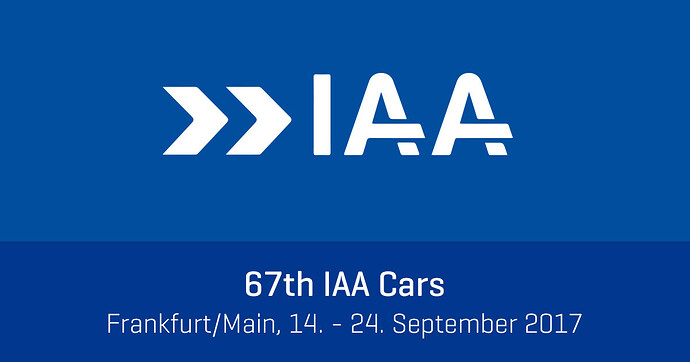 Officially open to the public from September 14th to September 24th.

Press days run from September 12th to September 13th. You must reveal your cars on or before the press days.

Summer is coming to a close, and autumn will soon fall upon us. Do you know what marks the beginning of every autumn? Only the world’s largest auto show! At Frankfurt, you may unveil your biggest releases of the year, including commercial vehicles. Don’t forget to look at the other player’s vehicles; you might learn a thing or two.

As usual, we would gladly welcome the world’s automotive press to join us. Gavin Anderson (@DeusExMackia) should be joining us this time around, but anyone else who would like to commentate are more than welcome as well. Regardless, there will be polls for best cars in certain categories.

Teasers, Pre-show reveals, and engine reveals are all encouraged.

IAA Nutzfahrzeuge is in Hannover but who cares, I’ll be spamming Utility vehicles like mad.

Erin gave this press release just a few minutes ago. 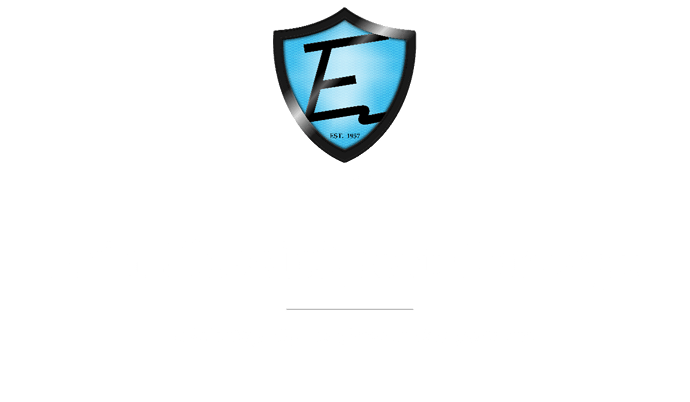 Gavin Anderson has a busy schedule for September, and will not be free from the 12th to the 18th of September. Prior to and after this, he will be available to cover releases.

Contendiente has confirmed its attendance to this event. We’ll be showing a soon-to-hit production facelift of one of our models.

Out is the old, In with the new


Motto : Going back in time to perfect mechanical origins 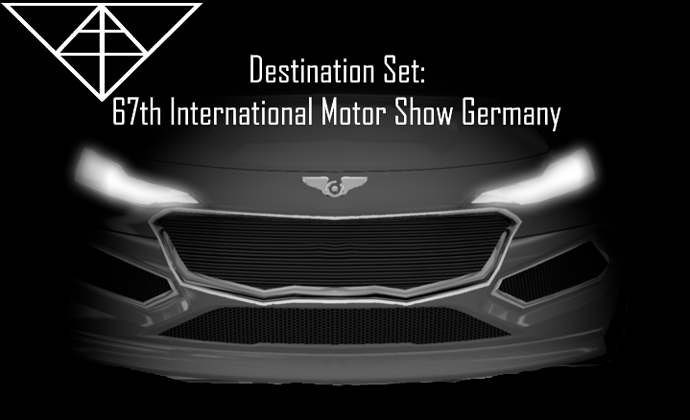 AL Autos is proud to announce that we will be in attendance of the 67th International Motor Show in Germany!

Coming to a dealership near you early 2018… 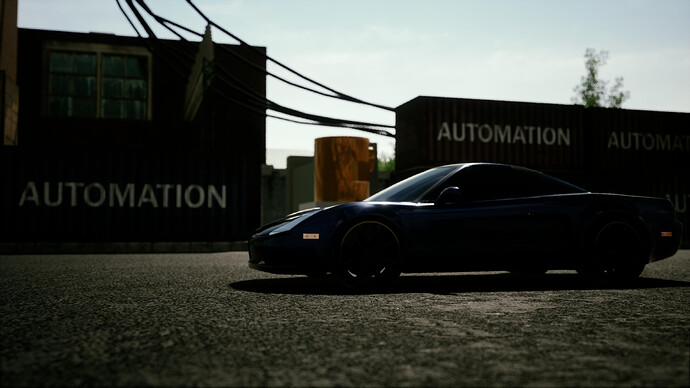 Be one of the few to experience the awe-inspiring Shromet Dragon Limited. 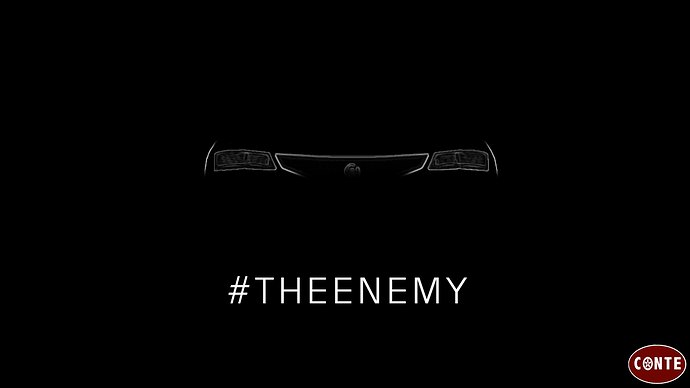 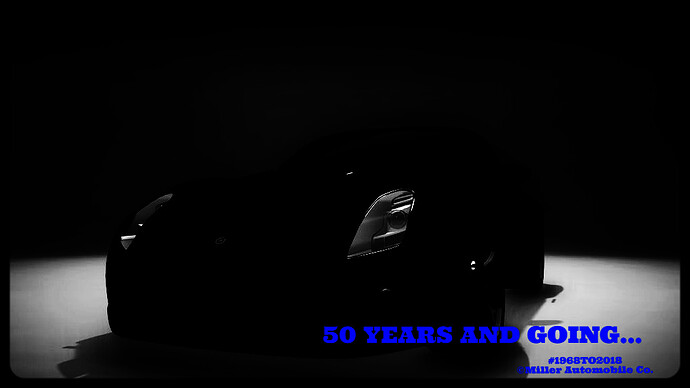 "it is time to revamp the old 80s concept car and put it into production.We waited long enough for the right time"
~ Project Manager

No.
Simply put, It was a body shell from the 80s that was not used until now and was refined and updated to meet 2018 regulations and standard.

(sorry for the slight confusion)

Kramer Automotive is expected to release its latest grand tourer, the KGT Series, at this year’s Frankfurt Auto Show. All-alloy construction, active aero, and a high-quality luxury interior will all be standard throughout the range. It will be available with either a turbocharged 3.0L I6 or a more potent twin-turbo 4.5L V8, and a six-speed manual will standard, with a seven-speed dual-clutch gearbox available as an option. 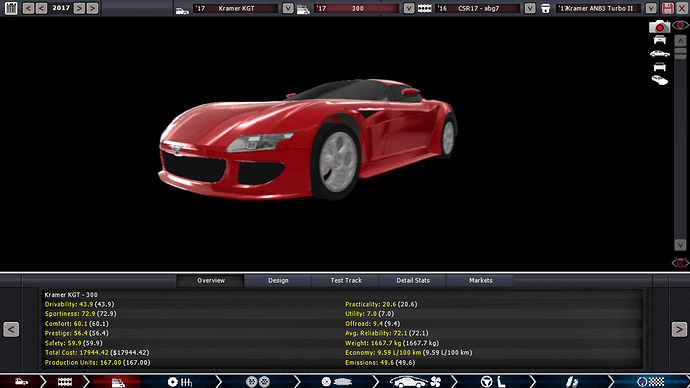 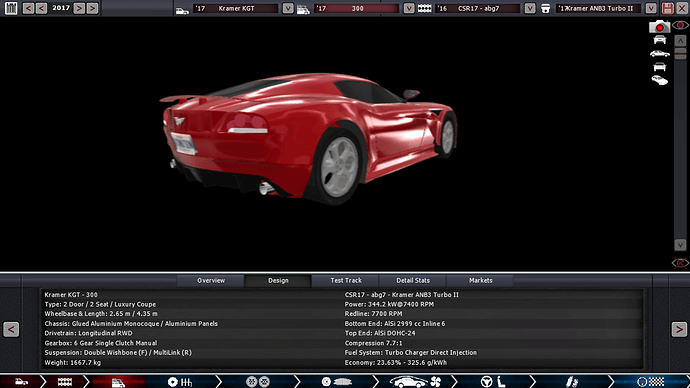 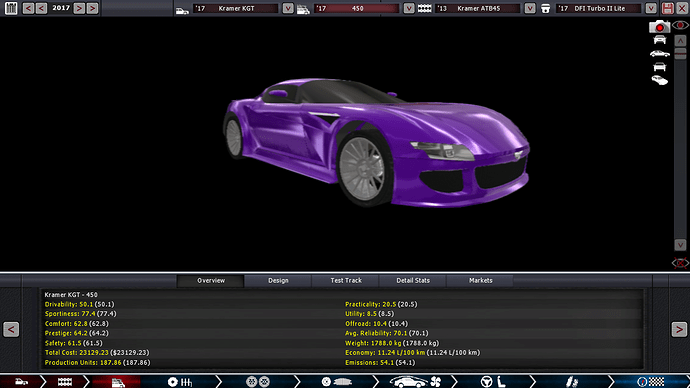 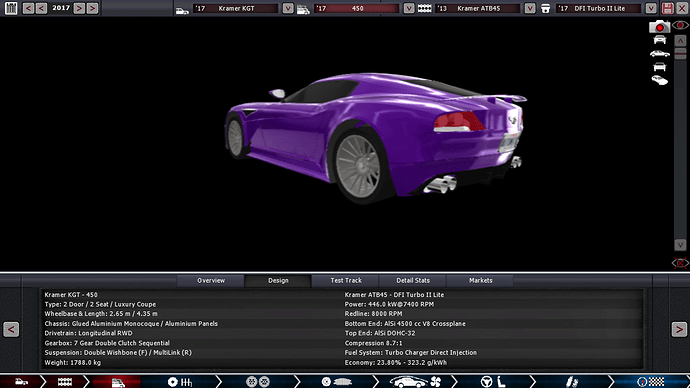 The KGT 450 is distinguished by its quad exhausts (the KGT 300 has one exhaust pipe on each side, for a total of two) and 285-section tires front and rear surrounding 20-inch forged magnesium wheels; it also comes equipped with an electronically controlled LSD and semi-active suspension as standard. Kramer expects the KGT 300 to receive a 30% markup, for a base price of $39910; the KGT 450, meanwhile will be marked up by 40% and therefore start from $56700. Both models are included in the Kramer Personal Options program, allowing buyers to specify their own exterior and interior colors, as well as materials for the latter.

In other news, the KR12 concept car from last year will finally reach production as a lighter, more powerful rear-drive model bearing the LM suffix… 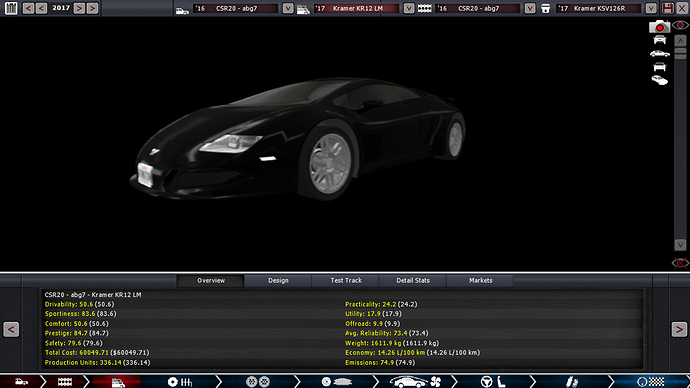 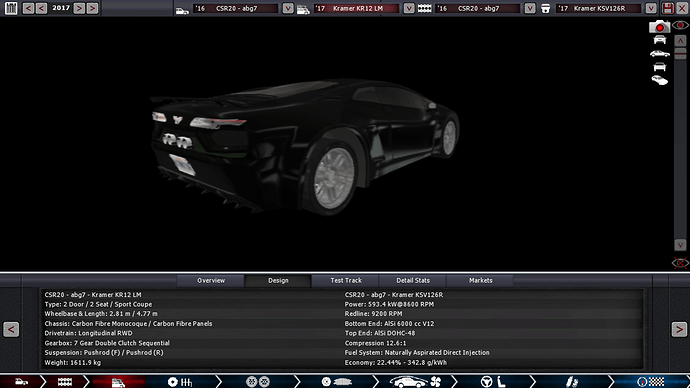 …while over in the Classic booth, a Euro-spec K23S (equivalent to the Sprint sold elsewhere, but with a different front fascia, circular taillights, alloy wheels, a semi-trailing arm independent rear end, a five-speed manual gearbox and rear disc brakes all as standard), carefully restored and now part of their heritage fleet, will also be shown alongside the one-off K23T prototype, designed to test a turbocharged engine with mechanical fuel injection. 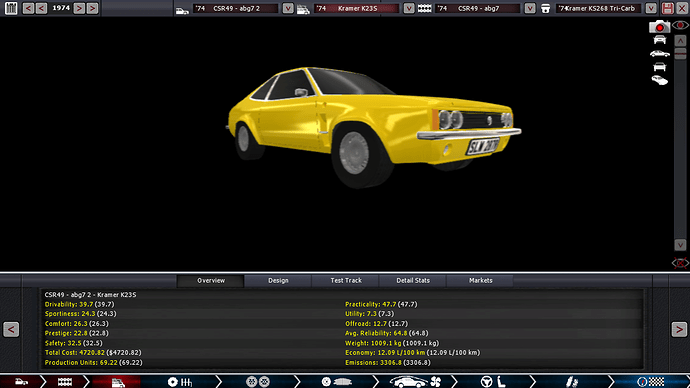 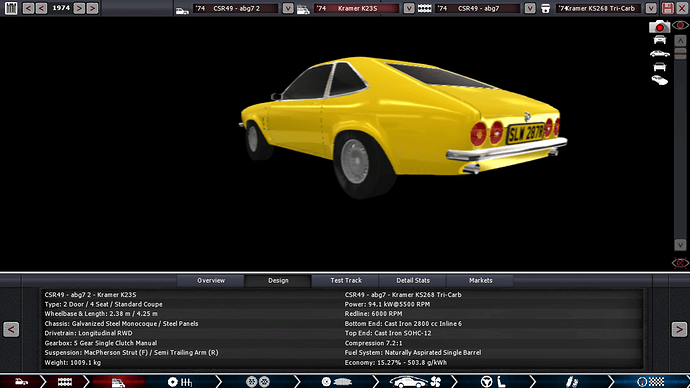 The K23T had a longer nose (carried over into production models as part of its mid-life facelift) to accommodate a water-to-air intercooler and an aero kit (consisting of small lip spoilers front and rear) to better manage the airflow. 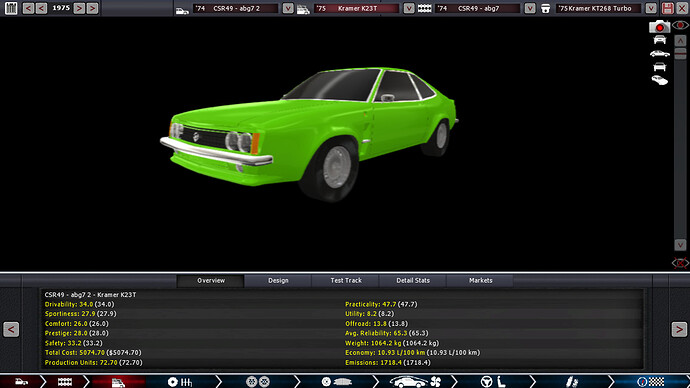 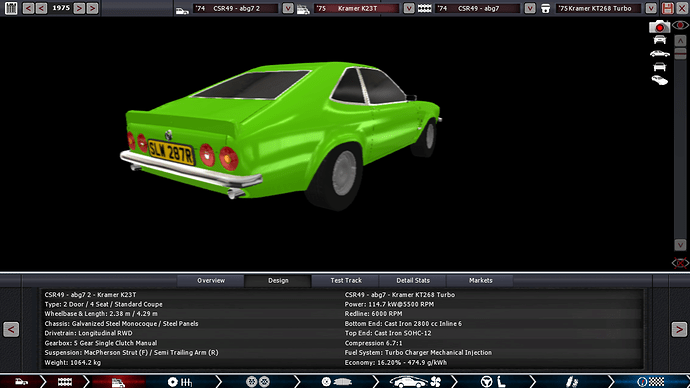 In America, it had a reputation for being cheap, but was somewhat wayward in the corners. Euro versions, on the other hand, had more benign handling and weighed less, allowing them to make better use of their power. As for the K23T prototype, the project was abandoned for financial reasons, but the knowledge gained was invaluable; a fuel-injected, normally aspirated version of the K23S (replacing the earlier carbureted version) went on sale in Europe three years after the K23T test program concluded, and vented disc brakes became standard equipment as part of this update, while the aero kit was added to the options list. However, it was not until 1980 that the Euro-spec mechanicals became available in other markets, by which time it was starting to feel dated. Even so, it remained a popular choice among young enthusiasts looking for an affordable sports coupe that was fun to drive.

Finally, the bright blue K216 Coupe entered as KMD’s 1965 Dalnit-Bralka Rally entrant, and driven by Mike Stone and Frank Harper to several stage wins, will also make an appearance at Frankfurt this year after a thorough restoration. 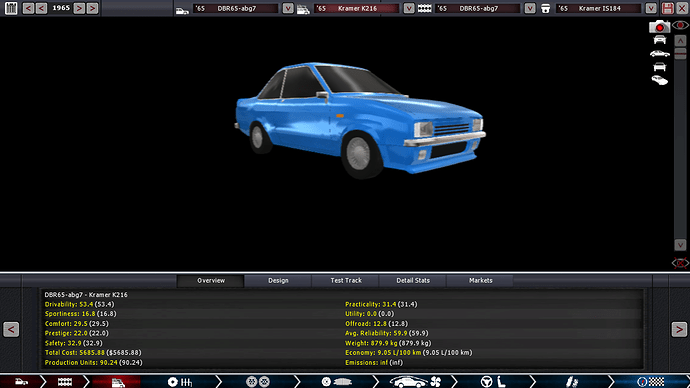 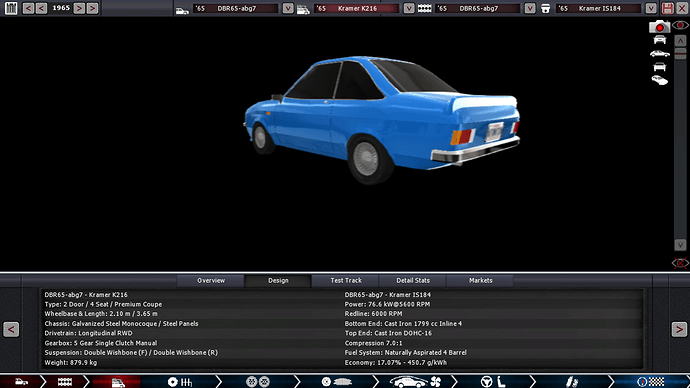 Stay tuned for further details on any new models from Kramer Automotive. Awesome, a ute with a dump truck bed, I want one of those!

In keeping with the current trend of Automation teasers, prepare yourselves for the revised Baltazar Zeppelin. 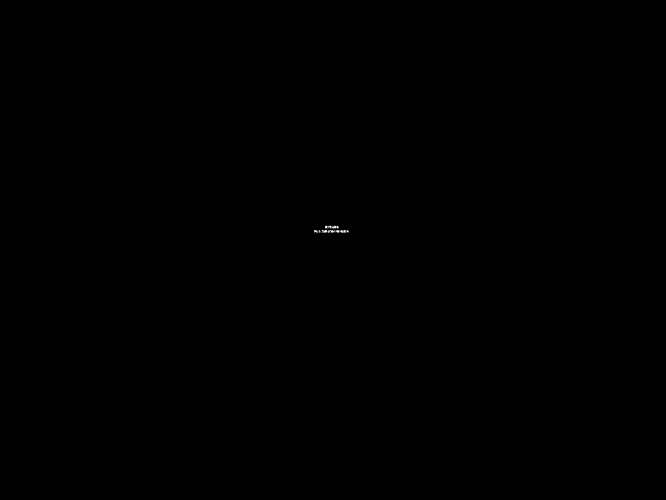