Aftermath of AEC5 [spoiler] Shortly following the release of the Neoterica Motors N2000 series of cars in 2000 it was discovered that the family model uses a computer to control the automatic transmission, something which somehow slipped under the nose of those who approved the car and even those who designed it. The reaction to such information was about as one would expect given the nation’s history. There was yet another internal war. Your job, is to make a vehicle that will win the war and save the company. It will not be a military vehicle, as a new one was just put into production, instead you will be making a design to appease just about everyone all at once while being simpler than ever… And the markets have some weird desires this time[/spoiler]

Limitations
*Carburetors only (after the transmission scandal people are paranoid about what else could be computerized such as injection systems, ease their worries with plain ol carbs)

*Turbos are limitted to a max boost of 0.5 bar

*hard limit of 35PU and 80EU for engine trim

*advanced auto, ABS, TC, speedlimiter, vvt, and anything else computerized is banned.

*journal bearings for turbos only, all ball bearings are being redirected to the war effort for some reason.

You have until the 24th to submit your entries

Since the last AEC was model year 2000 this one will be 2003 for the sake of changing things up and I remember there being some new body unlocks around that point. I also made some slight changes to the scoring, most notably being the addition of safety.

What kind of car are we supposed to build? Sedan?Hatch?SUV?

Whatever body style you think would score best, though I recommend something with two seat rows at least.

@lukerules117 - Is there still an aluminium ban?

We’ve had enough rounds with aluminum being banned, and it being banned wouldn’t really add anything. So aluminum is legal, and unlike last time our foundries are actually making it decently.

Turbos are limitted to a max boost of 0.5 bar

Just to add further challenge, do they also have to be of the more primitive journal bearing type instead of the newer ball bearing design?

Ehh why not, they’re something that is never used outside of a specific time period so lets make a reason to use them. Maybe the rebels also have a grudge against ball bearing factories or something and destroyed them all.

Is the Turbo still mandatory? Do we still have the size regulations from the previous AEC?

Does the car needs to be designed?

Turbos are optional and there are no longer size regulations. Fixtures are optional just like last round to hopefully encourage more entries. 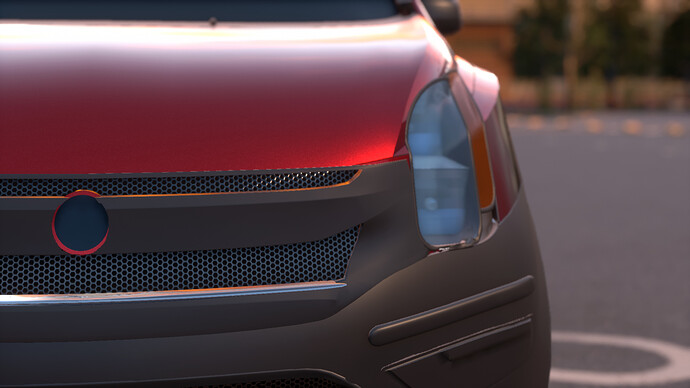 Today was meant to be the deadline and I have yet to receive the car file. It would be great if you would send it so I have more than one car to review.

Can I quickly chuck a contender together and attempt another win?

I’ll have the submission ready by, at the absolute latest, midnight tonight so wish me luck!!!

Sounds good, best of luck. hopefully the next round(if there is one) is run by someone better suited for this than me. I’m awful when it comes to creative writing.

Proletariat%20Pravda1421×582 856 KB
It’s not often that Communism’s favourite car brand appears in a forum competition. But when it does, the car doesn’t look like anything a good Communist would build!

Phew, I finished just in time! I tried to build a car yesterday (I know, I know, that was still waaay to close to the deadline, hahaha) and it was over engineering budgets, then I lost internet access for the day (NBN upgrades, don’t ask…) so I figured I was too late, then deleted the car.

But I was given a reprieve, put together something that fits within the rules (but maybe not focussed in the right direction? I guess I’ll find out come judgement day) and then had lots of fun making it look like an actual car, hahaha!!!

So, thankyou Lukerules117 for letting me submit my car (kinda) late and best of luck to all who’ve entered!

Forgot all about this one.

I still don’t have the file from S31 and there are only about two entries so if you’re willing to slap something together quickly you still probably have time. 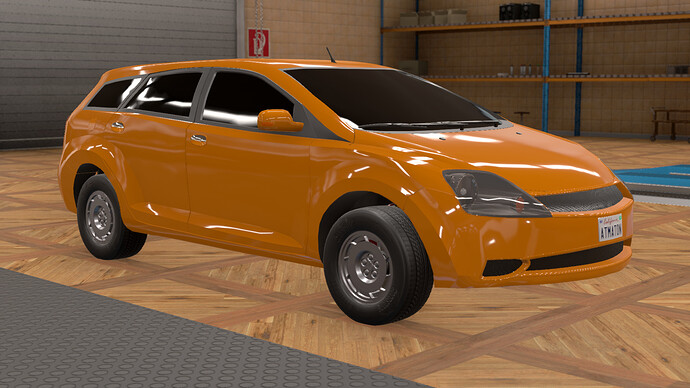 notes: I’m sure family buyers will appreciate the
bed space given that the vehicle only has two seats, cant really blame you for that given practicality wasnt weighed too heavily though
adjusted scores
0.98 practicality
5.16 safety
2.97 comfort
3.68 drivability
0 sportiness
6.045 utility
10.23 reliability
11.645 offroad
total score 9.40

notes: Lots of trim many parts placed
in a way that is unique but still functional
and visually appealing. However some of the
more immediately noticable fixtures look off
the headlights seem a bit too tall and stretched
while yet not covering enough of the side
the rear taillights and spoiler come together
to an awkwardly narrow point

Notes: it is in fact capable of above highway speeds
and not only does it have an FM radio
it even has a CD player Should have been called the
CD AutoBahn. Also the only car of the group to run an inline five

@HighOctaneLove narrowly gets the win