One day I’ll make a car where the host doesn’t say I made “odd choices,” but I just don’t know the inner workings enough yet. Low expectations as to how I’ll perform in the race, but oh well. Will likely be letting folks pass haha.

Okay, survey is updated and submissions are closed for real this time. I forgot Pcmoreno’s car for no particular reason. I’ve added him to the essay and decided what the hell, I’ll add Kyorg while I’m at it. I had to delete the one response that was in already, so if you’re the one person who already submitted you may want to take it again. I saved the result separately though.

I’m guessing kyorg let you know I’m driving his car today. It will certainly be fun to drive that much is for certain!

Race starts in 45 minutes! Server will be up about 20 minutes earlier.

I’ve finished a video for last week’s event too. 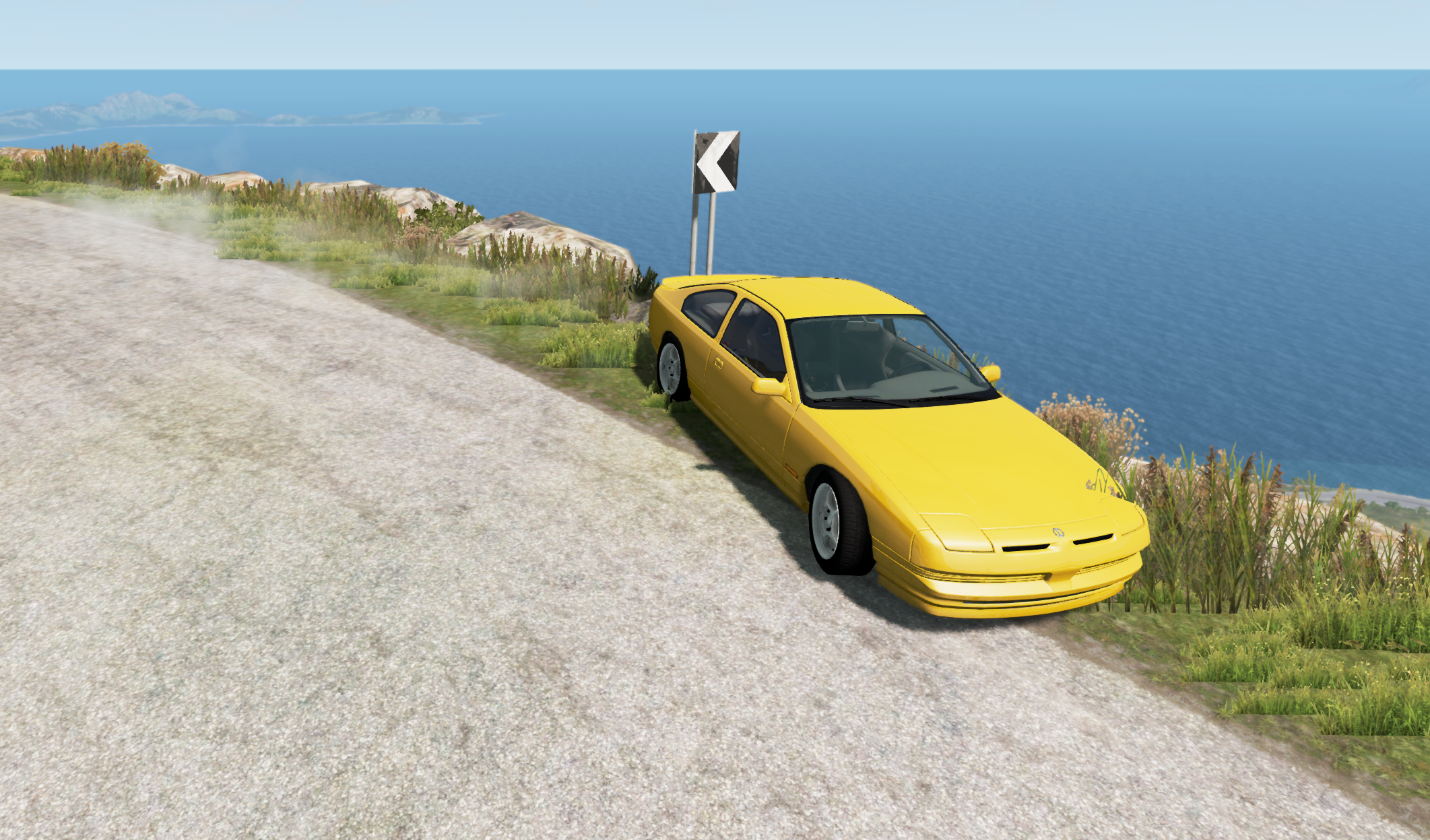 To play, you will need BeamNG, The KissMP Multiplayer Mod as well as Automation. Details on how to install mods, and links to our discord and dropbox, are in the ORIGINAL POST. Note that we are using KissMP instead of BeamMP this time!

It is 1995, and Touge, a japanese style of mountain-pass racing, has become highly popular. Initial D has just made its first magazine publication. You and your friends (or rivals) have decided to take the sport to Italy, which is home to excellent twisting roads and which some would call the birthplace of the sports car.* Now it’s time to take to the mountains in the best cars you can afford (budget sports cars) with custom modifications for street racing (mostly cosmetic) and prove once and for all who’s the best driver in Castelletto.

*I’m not sure anyone actually says that

Track: This will take place on a hill climb, a twisty piece of road somewhere in the Italy freeroam map. The exact location won’t be revealed until cars are submitted. There is elevation change, it’s very tight, fully paved, and the route should take a little under two minutes. What’s more, there is a 50% chance of light rain. This is a street race, not a formal event, so the track limits are as close to the edge or wall as you dare.
Single-Elimination Tournament: This is a series of 1v1 races. You will be randomly assigned opponents.
Cat-and-mouse: In each 1v1 race, there is a leader and a follower. The leader tries to have as much lead on the follower as they can at the end of the race. Then, they reverse directions and the follower becomes the leader. If follower passes the leader and stays in the lead to the end, they win the race immediately without the need for a reverse race. Similarly, if the follower rams the leader and causes them to crash, they lose automatically. Distances between cars will be judged with the KissMP nameplates.
Appearance Poll: Drivers with the best-looking car in each 1v1 race will get to choose whether to lead or follow first, and whether to race uphill or downhill first.
Schedule: Race is tentatively scheduled for 1:00PM US-CST on Friday, March 12th. Cars must be submitted by noon the prior Thursday!
KissMP: Once again we are using a different multiplayer mod, KissMP. KissMP will slow down when there is lag instead of relying on client prediction. For this close-quarters 1v1 race it should be a better choice than BeamMP, a light tap on someone’s car is less likely to throw them off the road and hopefully the small number of cars will minimize slowdown.

Teams: One driver per team, and one or more car designers. You may be a one-person team. No driver or designer may participate in multiple teams. When submitting your car, include your Driver’s name (BeamMP allows any name for “guests” now) and control type (EG Steering Wheel, Gamepad, Keyboard).
Naming: Name your Model and Engine Family “ALR5-Username” and submit the .car file to me on the forums (not discord).
Schedule: To be included in the poll, and to give time for pre-downloads, cars must be submitted by Noon US-CST on Thursday, March 11th. The race will be in the afternoon the following Friday!
Pre-Download: When the poll goes up, all the car files will be in the dropbox, linked in the OP. It is strongly recommended that you download them ahead of time instead of when trying to join the server. Mods go in your BeamMP\Resources folder. This will save a ton of time when joining the server, which could otherwise take up to 30 minutes!

Note that you have a choice of a sporty and lightly customized look, or outrageous (if mostly non-functional) body mods and vinyls.

Year: Trim year 1995 or Earlier
Total Estimated Cost: $24,000 or less
Service cost: $2000 or less
Maximum Engineering Time: 105
Maximum Production Units: 100
FWD, AWD or RWD (4x4 is NOT allowed)
Seats: Minimum 2 Full front seats
Minimum Quality: -4 on any part
NO “Significantly Reduces Production Efficiency” Items: EG Aluminum panels/chassis, Space Frame, Hand-Built Interior
Minimum Safety: 35
Minimum comfort: 16 if 2 seats, 10 if 4+ seats
Minimum Offroad: 2
MInimum practicality: 20
Minimum Gas Mileage: 15MPG (15.6L/100km)
Tires: No semi-slicks, max 225mm width. Staggered tires may average 225mm width.
Max 1 Wing Fixture: Must be outside the car, preferably 2D placement, and not far/detached from the car. Maximum width is the car’s body (not including wheel wells/3D objects). Maximum length is 2x size large 3D cube. No bizarre rotation/negative scaling shenanigans. Must be in front of the car or above the trunk, or right up against the rear hatch on hatchbacks. Note that for BeamNG purposes, support bars which are part of a wing fixture are part of the wing’s length.

-Race intakes and exhaust are okay for this challenge. It’s custom, yo!
-You’ll have a lot less time to practice the exact course we’re driving on, so get some general driving practice in.
-Take advantage of ABS!
-Cars may originate from any country, so use your own judgement on visible safety features like blinkers, crash bumpers etc.
-It is NOT RECOMMENDED to model the interior of cars for BeamNG racing as this tends to add weight in beam and makes the model more complicated.

Let me know if anything seems to be missing from the event rules here, etc. 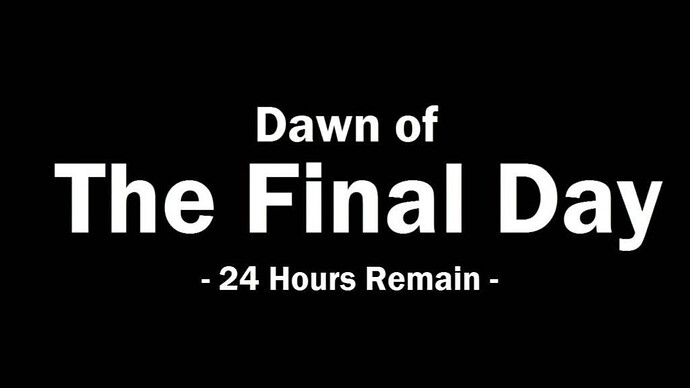