Anyone know of front end conversions on a Trailblazer?

So as some of you either may or may not know (haven’t discussed it much) my stepfather got into an accident in our 2006 chevy trailblazer. 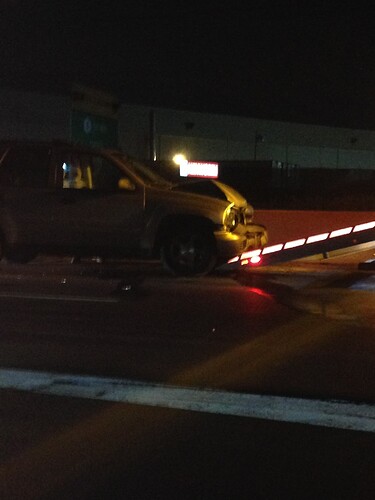 2017-01-25.jpg1536×2048 224 KB
sorry for it being dark, but as you can see, the front end is a bit battered, needs a completely new front end, a new radiator, fan, and a few A/C components. because of this we decided just to get a parts truck. we have found a mechanically identical 2002 oldsmobile bravada also on the GMT360 platform, so there is the mechanical components taken care of, but does anyone know if the front end will easily go on? from my research it appears to be pretty simple (perhaps just splice a few wires for the different lights, which isn’t too big of a deal) though i thought i’d ask to see if anyone knew anything on it.
Microwave 9 February 2017 21:10 #2

Would it not be wiser to get rid of both the Olds and Trailblazer and get a working, not totalled car?

the insurance company didn’t deem it totaled so we got nothing from them, and we do not have enough money for a new vehicle outside the scope of an old toyota corolla, and those things cannot tow a boat (which we have) and the cost of a used truck/SUV is already a higher cost then buying a junk SUV to cannibalize parts from, so in simple, cheaper to repair than replace

from experience, you wont know until you are up to your elbows in dismantled parts. The part I would be seriously worried about is due to the damage the replacement parts might be quite difficult to get to line up even if they are exact matches.

So you have insurance, they didn’t total it, was it his fault and didn’t have the collision coverage? Why isn’t the insurance paying a shop to fix it?

I would look for a same generation (not even same year) and the parts should be close enough, if there is frame damage, it’s done, if not, it’s good. I would take off the broken shit and then take a picture. You can look for flood damaged vehicles if the olds has all the mechanical parts you need. Just check around ebay, cragislist, or you can try copart.com which has platy of flood cars.

I don’t know your location but something like this isn’t bad, you just need the front end right?
https://www.copart.com/lot/18138847
Also, you could get the mechanicals out of one of these and skip the olds as long as its not flood damage.

while true on the replacement parts having issues lined up, what it was with the insurance though it was his fault (tailgating someone when it happened) and our insurance plan didn’t give that much, if anything cause A: was his fault and B: they valued it in pre-accident at only $2,100. By the way yes we are actually getting it fixed at a shop… it’s just that my stepfather is one of the main mechanics there… and i’m going to be doing an internship there in the near future. so i guess we are having a shop do it… ourselves i guess?

@Sillyducky there was only one generation of trailblazer here in the states (if you don’t count the trim level for the blazer), it’s simply that the Bravada was cheaper, and due to being mechanically identical we knew that it covered the parts pretty easily, I was just wondering about a front end conversion, have heard of people doing a trailblazer to envoy swap and vice versa, so it should theoretically be the same with bravada to trailblazer i suppose (especially since it still shares the GMT360 platform, which does make the job a lot easier then as if we were trying to do some custom job like a cadillac front end)

also for that link, we are near buffalo so we wouldn’t go for that, and also it already has front end damage (as you can guess, whole front clip has to be transferred) and also, that has an estimated price of $4K+, the bravada, the owner was wanting a quick sale more than anything and is willing to accept pretty much any offer at this point (has the ad up for $1000, would happily even accept $800, or we could talk down even lower) as it cannot pass inspection due to a check engine light caused by an issue unrelated to our required components (radiator, A/C condenser, fan, etc)

don’t forget
www.upullrparts.com/
&
http://www.rockauto.com/
are great resources for parts. Those are the sites my dad uses.

thing is with sites like those though, is how much is the total cost, if it’s over $800 then the parts truck is simply cheaper. and for the upullurparts one, we do not have a location nearby, like, at all. though i get you’re saying to search local junkyards, though the ones here are all asking a lot of money for things, the front clip alone might be $500 on it’s own, maybe more

That site has a location based search so you might want to try that. I’ve seen cars go for really cheap there bit at the same time also close to the estimated value but $800 is really good so I would just take that

Sounds like the parts truck is the way for you to go, when you are done you might even get a couple hundred when you get rid of whats left.

that is exactly what we thought, i’ve heard those early Atlas engines had issues with the valves, so if they’re in good condition we could just clean up the head and get $500 out of that alone

well, parts only vehicles go very cheaply here, as the most common cause of them being parts only is an issue that prevents them from getting inspected or registered (such as too much rust or a check engine light that costs too much to fix), and at that point it’s worth scrap prices which is only $500 for the whole car, but if someone takes the time to part out you can get some healthy profit.

Different from here, if you have a car for over 10 years you’re gonna drive it until it dies. My neighbor still drives a 92 Honda Accord he bought new out of college. It is now in the process of being relabeled as a classic lol.

yep, blame New York. has some of the toughest and most enforced inspection and safety laws and yearly tests, as well as emissions tests yearly. and it doesn’t help that we salt our roads in the winter, so as a result a car lasts around 10-15 years here before it’s scrap

Aww, well I know where not to look for a 90’s car then, sucks mate

yeah, most of them have since rusted back into the earth, hell in my auto tech shop we had a 2007 silverado come in with rockers and cab corners rotted off already

Yeah, GM doesn’t seem to be the best at corrosion resistance

The clear answer is all aluminum cars

Well I gtg sleep so if you have questions I’ll be there in 8-9 hours, goodnight

Out here in the desert if it doesn’t last at least 20 it was probably wrecked, or not taken care of. My little pickup is 18, still going strong with very little rust.

Of course we don’t have any kind of inspections, or smog checks.