Inspired by @titleguy1’s great Photoshop guide for placing cars in realistic photo settings, here’s a guide for adding cool lighting and weather effects into your images.

[image] Hey everyone! I’ve been getting tons of questions about how I photoshop cars to look more realistic. Well, in this tutorial, I’ll give you a very basic breakdown of how I get it done. Remember - this is my method to photo editing. Your method might be different, and that’s okay! If it works, it works - do what you want to do! This tutorial will be broken down into 3 major steps. Step 1.) Alignment. This will show how you can align the car to the photograph the best you can, alon…

Nighttime car shots can be a great way to show off your car’s cool lighting, or just to make a pretty aesthetic photo. Some of Automation’s photoscenes do provide a day/night slider for you to take sunrise, daytime, sunset or nighttime pictures. The problem with night pictures is the fact that your car’s lights don’t actually do anything. Of course, there mods available in the workshop such as the Glowsticks mod that provide you with LED bars, dots etc. that emit light. However, sometimes they might not be enough, and a good photo edit can really make your nighttime shots stand out.

Step 1 - Getting the Right Picture

A proper photo edit only enhances an already good picture, it cannot make a bad picture great. So, in order to pull off a great edit, and to make things easier for yourself when you begin editing your picture, you should make sure your original picture starts out great. If you’re having difficulty with the photo studio or how to take a good picture, here’s a great guide for you.

To pull off a good nighttime picture of your car, you’ll first need a good photoscene that allows you to change the day/night cycle. My personal favorite maps for taking nightshots are Isle of Skye, Canyons, or Small Factory. The example photo I will use for this guide was taken on Canyons:

Once you have set up your camera’s position and your car(s) to your liking, it is time to tweak the photo options. You have various settings for the photoscene, camera and post-processing effects at your disposal. The ones we will need are:

When taking a photo for editing, I personally recommend you take a 4K (3840 x 2160) picture. A higher resolution image allows for greater clarity and detail in your picture, and more pixels to play with while editing. Once everything is set up to your liking, take the picture (preferably a 4K image)

Now that you’ve taken your picture, you can now edit it. To find your picture, go to:
C:\Users\[your username]\Documents\My Games\Automation\Screenshots
to find your picture. 4K images are saved with the name HighResPhoto and a number depending on the order when the picture was taken. The resolution is 3840 x 2160, and the image format is .png. The PNG format is good for 4K imagery as it uses lossless compression and allows the use of an alpha (transparency) layer, unlike JPG.

Once you have located your image, open it up on Photoshop. I use Photoshop CS6, so this is what will be pictured, but if you use other Photoshop version you should be able to do anything I do, although these options may be located in different menus or called by different names.

The first thing you should do when editing a night photo is to clone the current layer, and turn up the brightness. To do this:

There’s two reasons behind doing this. The first, obvious reason is that the brighter layer helps you better see what you’re doing while photoediting. You can always hide the layer by pressing the eye icon on the left of it, to see what your image will actually look like without its brightness cranked up. The second, more important reason, is that you’ll need multiple copies of the brightened layer to be able to apply lighting effects to the image. This will be covered in Step 3.

Now, it is time for the fun stuff in the edit - casting light onto your image. The purpose of this step is to draw in the glow that headlights cast into the environment. A good IRL example is an image of this S550 Mustang in a dark garage, with all its lights on.

This image should give you a good idea of how to properly shape and draw in the light that you will be adding to your picture. In order to help you see, I made simple lines to show approximately how each light affects the environment.

Another helpful example is what headlights look like when lit up in an environment full of particulates that can reflect light, such as fog, rain, snow, or a dust storm 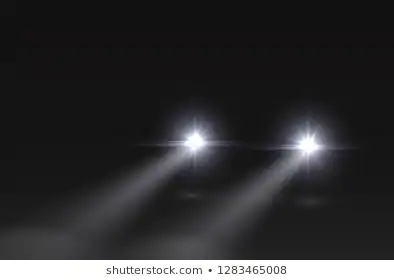 With these steps all done, you now have hopefully nice looking lighting being cast ahead. However, we still aren’t done here, but these steps above are very helpful is helping you complete whats ahead.

With the main headlight beam done, you now know most of the interesting tricks in making good lighting. But, as you can see in the last preview of our image, there’s still a lot missing. We will begin this step with the van’s tail lights, before moving to the incoming car’s headlights. All the tips and tricks listed in Step 3 will also be applied in Step 4.

Now, on to the finishing touch - the other car’s lights

In this step, we will be giving light to the incoming car. This means applying everything from Steps 3 and 4. Fun fact, incoming light is usually easier to work with than light coming away from the camera, so you should have no trouble with this part.

With all these steps completed, we have everything needed in an amazing night time shot - dramatic shading, beautiful lighting, and of course, some nice cars. Have fun photo editing, and hopefully you too can pull of some amazing looking shots! Remember to save your hard work, by pressing CTRL+S. If you aren’t finished, make sure to save as a .PSD or .TIF in order to be able to go back and edit your work. When done, press CTRL+SHIFT+S, and save your file as a .PNG to be able to upload and share the image here or on the Discord server. 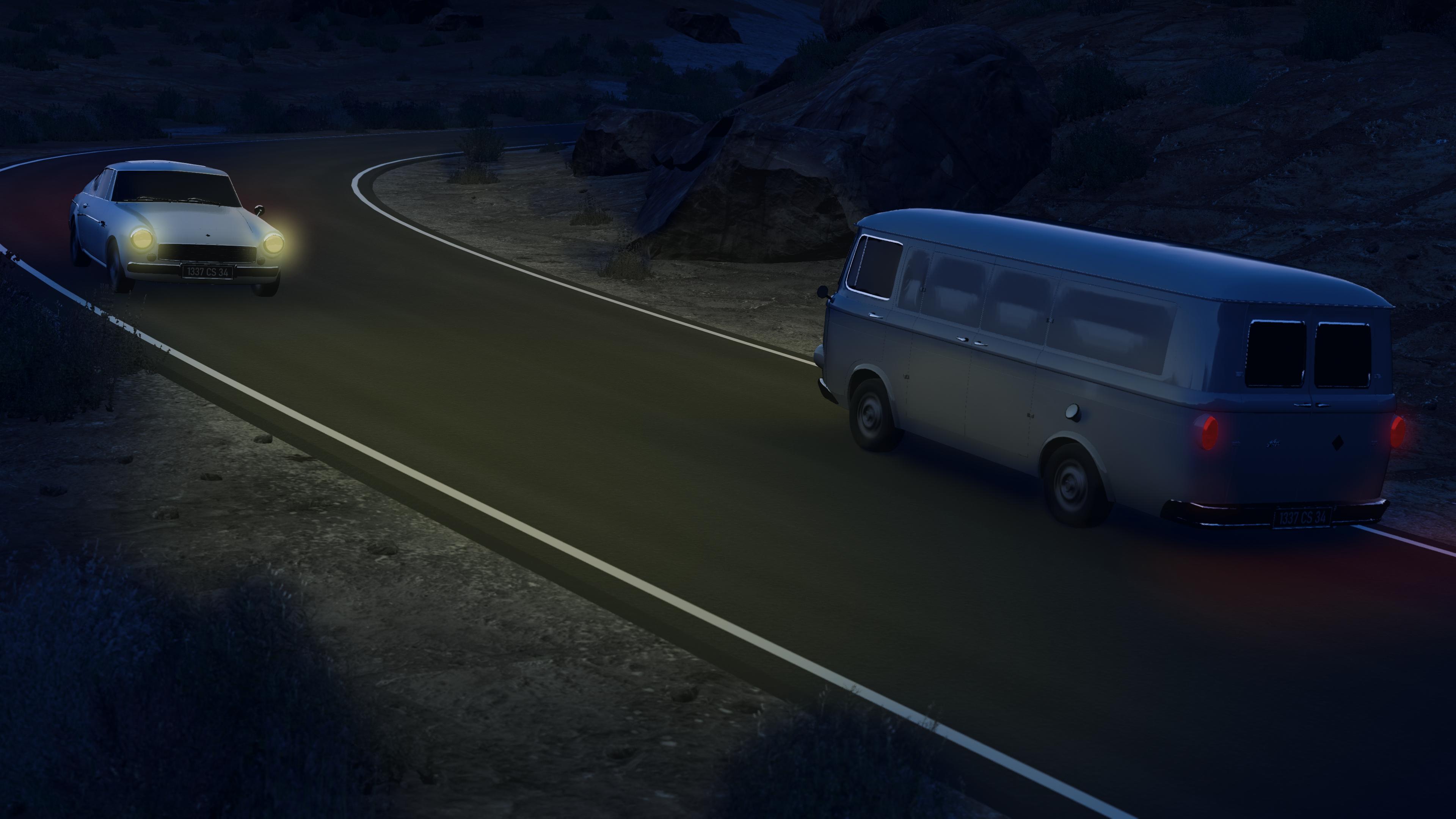