Yup, that’s right, It’s back! With the LC4.2 update incoming and with that came a turbo revamp, new body functions and new mods to play with, players can try their best in variety and the style of your creations!

Rules for the event are pretty much the same as last year, so I’ll just lazily copy them from the last post.

When the dates for the car meet has started, everyone is given a preparation period in order to let people prepare their entries. As this is not your usual car show, in this case no teasers are allowed.

Cars can be only revealed after the preparation period and postings will only start after an official announcement by me. Users must provide pictures of the vehicles, alongside their related lore as well as car specs. Any posting of related .car files are allowed but not enforced.

Maximum amount of vehicles per user: 3

No cars can be posted after the announcement of the end of the show.

All pictures should ONLY be posted in a single photoscene (which will be announced). NO UNRELATED PHOTOSCENES IN THIS EVENT. THANK YOU. 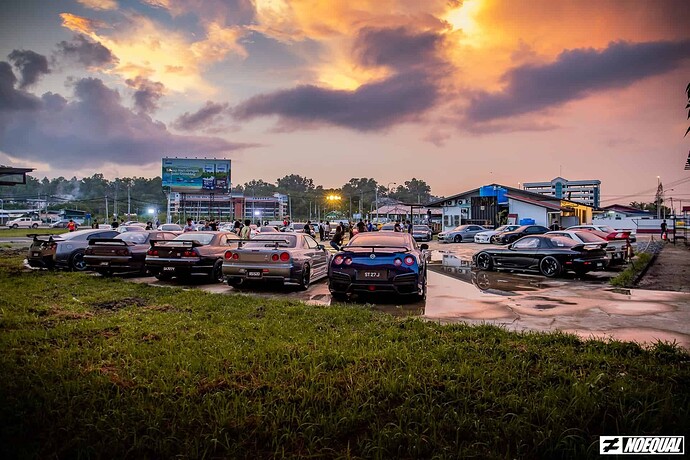 NOTE: EVENT WILL NOT START UNTIL I SAY SO

Sidenote: wow is this really the first car show event in 2022 since every other one isn’t on for some reason ffs

Almost forgot: Since we’re on a switchover period between LC4.1 and LC4.2, I announce that I happily accept both versions for entries. Just make sure to notifiy which version to use when you’re sending out car files for “test drive”.

So, for this year, we’re going to the desert with the Desert Gas Station photoscene! If you’re on LC4.2, here’s the link for the photoscene, if you haven’t got it: 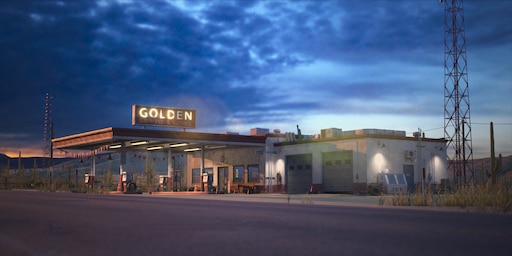 (LC4.1 users can skip that since its preinstalled iirc)

Since there’s no questions asked by anyone, for some reason…I think prep time is a go!

Votes will be happening after the show ends but I can’t really give you a time for now.

And of course, what are you waiting for? 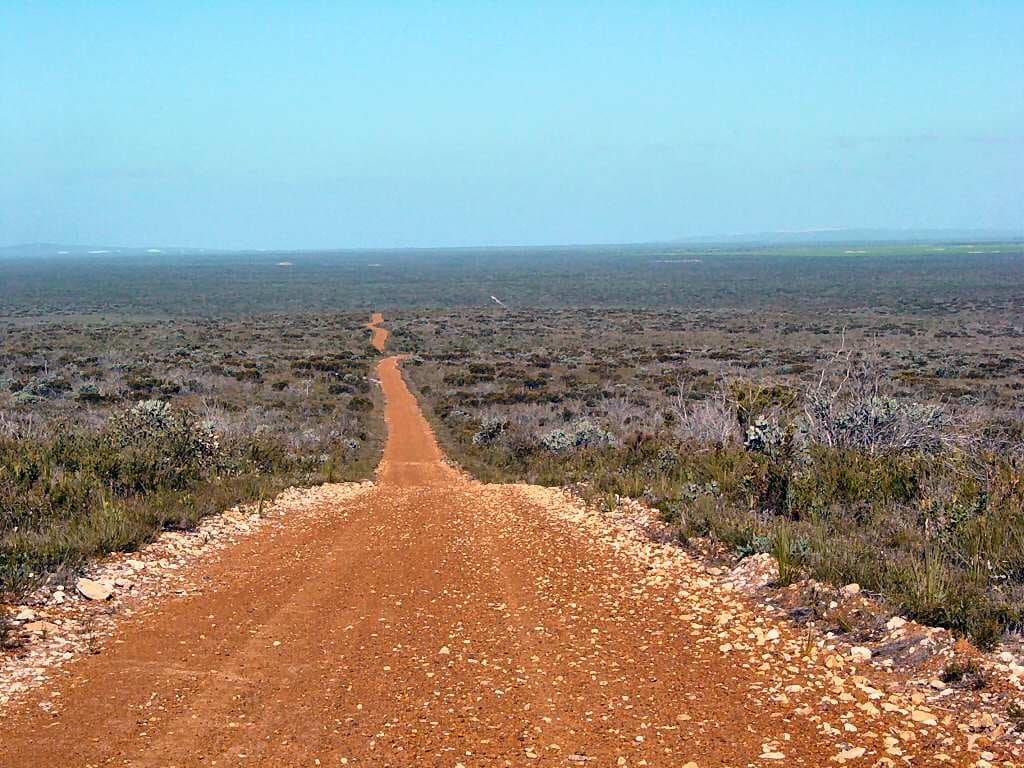 It was a quiet afternoon. The outback was filled with nothingness and all it has is some unknown plants.

And suddenly, a crew of vehicles have broke the silence, and yes, you may have expected, its the crew again. The same old trucks from Florida, and the hosts are here, but what has gone, is the white Tesla. It was now replaced with a brand new Axion AV-1 EV, the firm’s latest “New Energy Vehicle” or whatever the Chinese likes to call, but yeah, if anything that’s H0RIZ0N’s new ride. 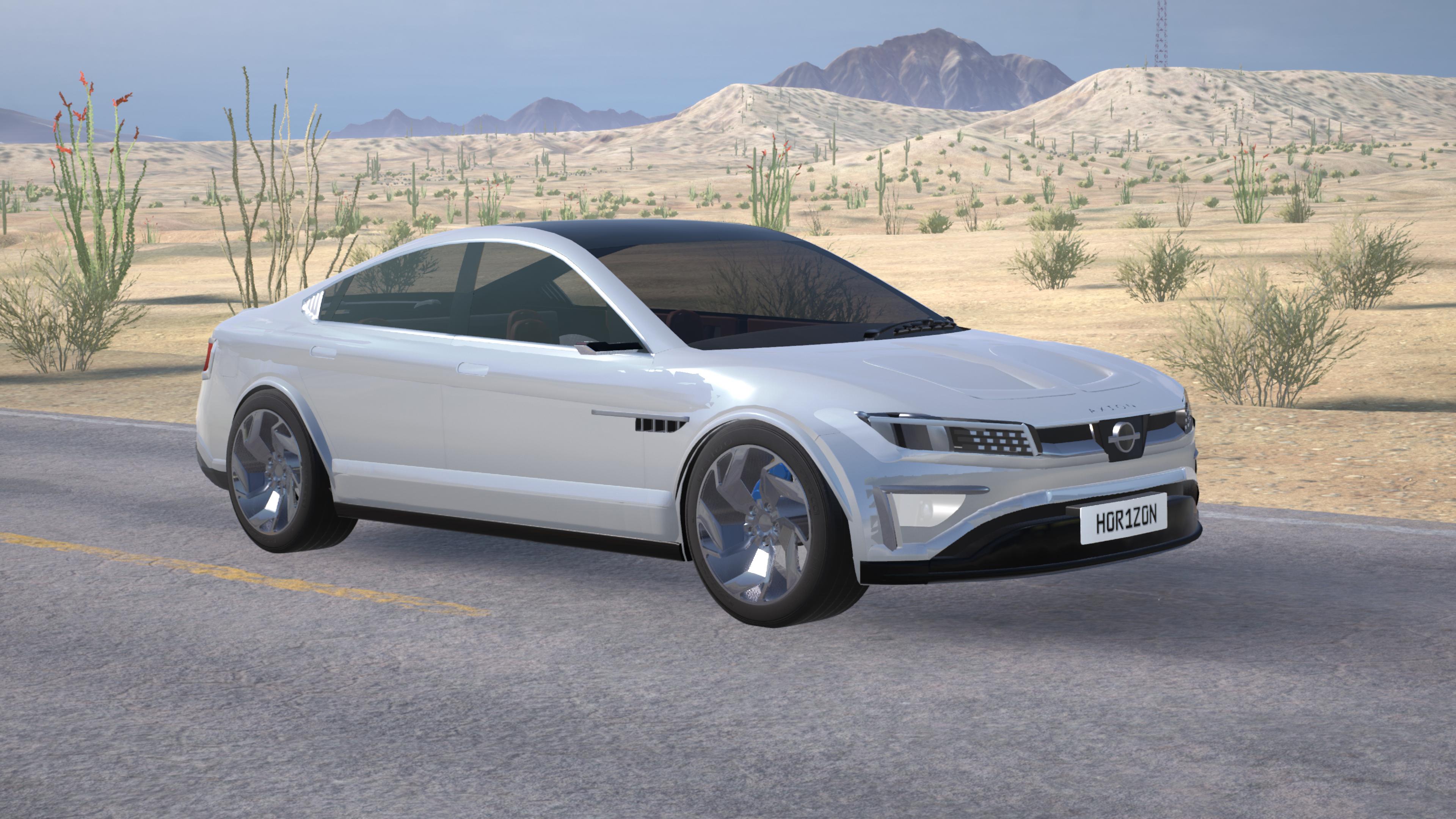 H0RIZ0N: All systems was ready, and all invites have sent. Next day is the big event and we don’t want to miss this shit.

Unknown female voice: Are we going to have something going for this event?

The convoy has arrived at the scene not long after, and they found a place to prepare the event. It soon became dark, however, but work was still done until tomorrow. 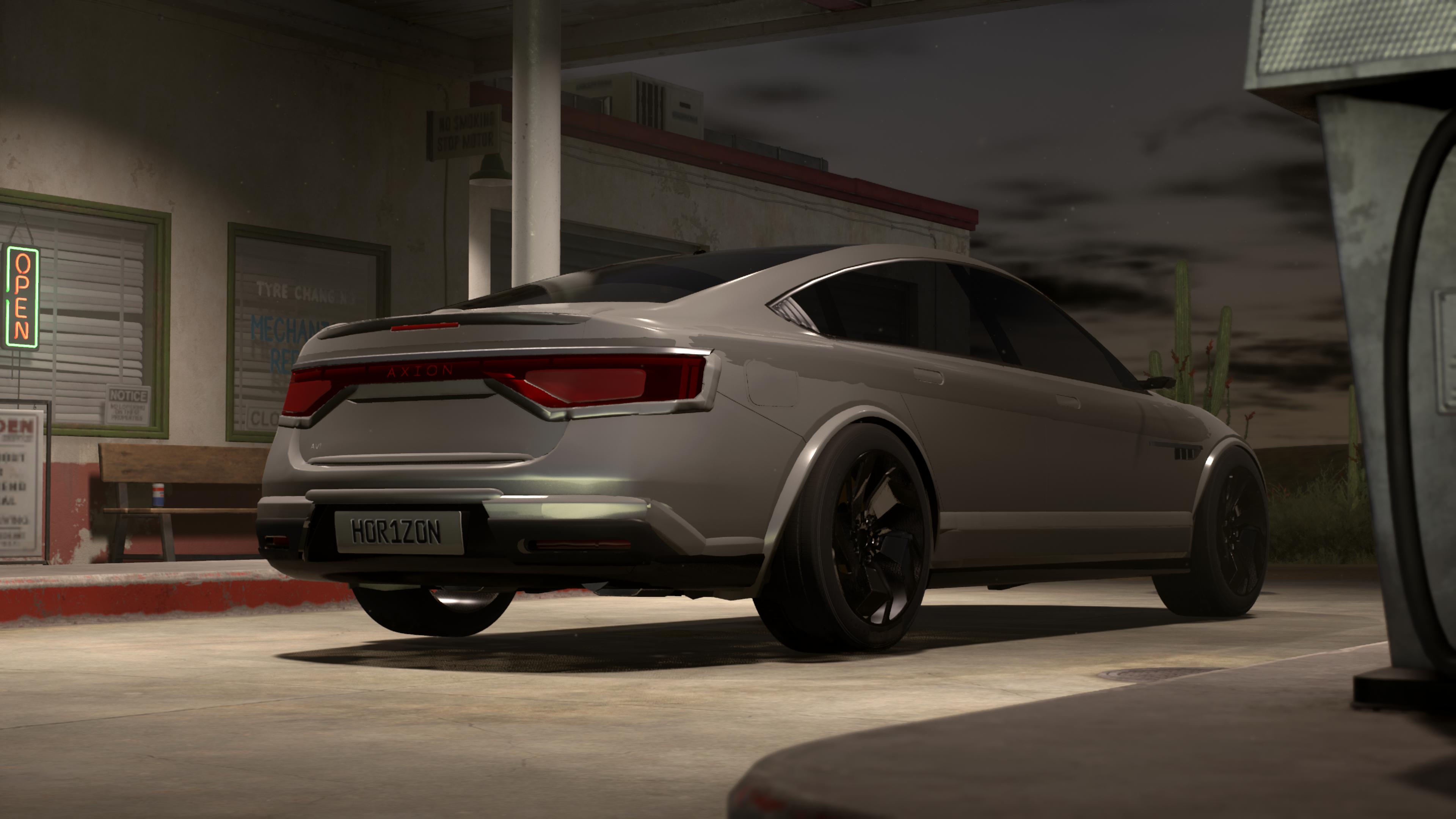 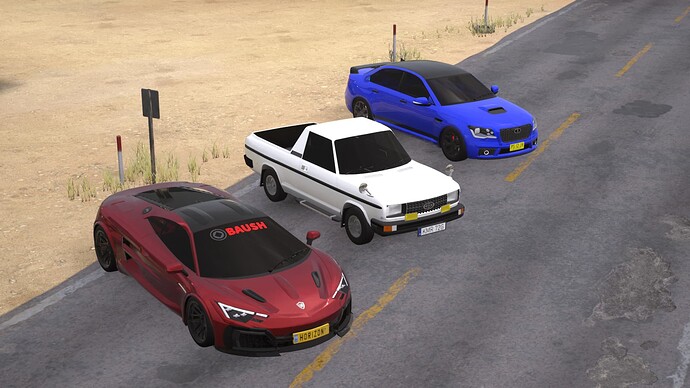 The show is starting and people started to come. And the initial scene, there were three cars parked, waiting for people to explore them at once. 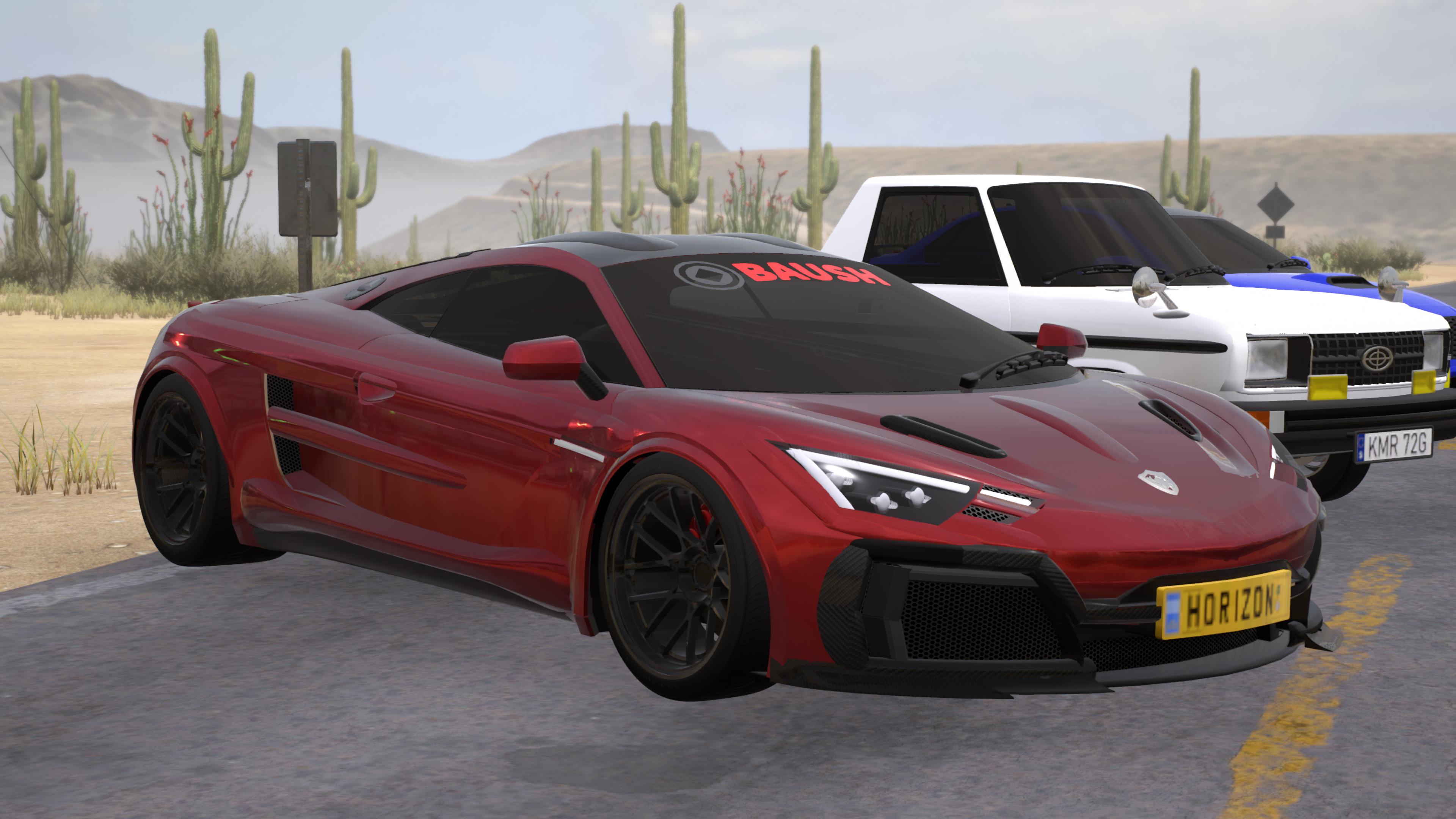 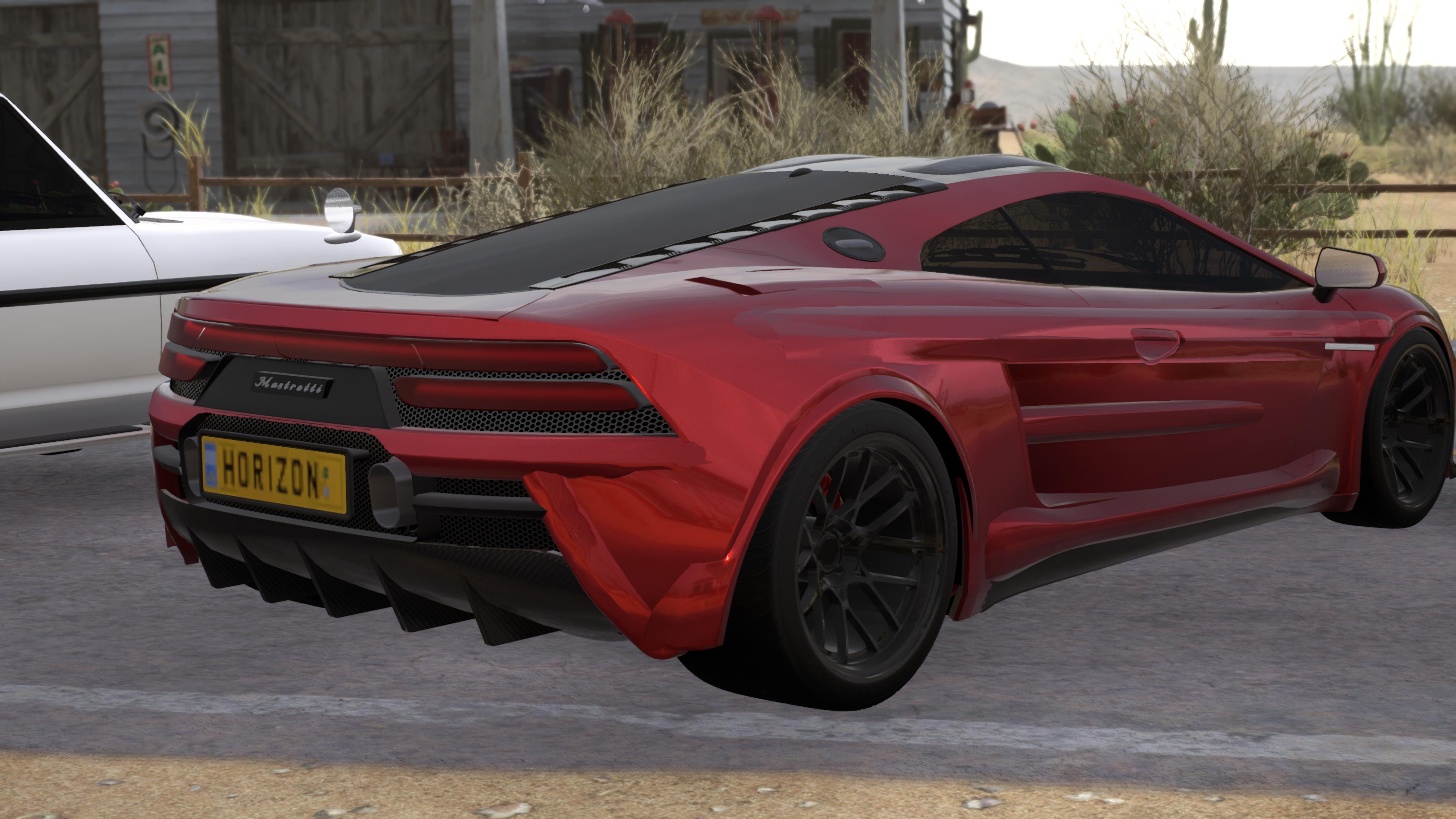 And here’s somebody getting their hands on the latest Mastretti supercar from Italy on offer. The Tempesta is the latest of the large Mastrettis, and its the first of its lineup to come standard with an turbocharged V10, instead of a NA V12 which was present on older models. The first models came in 2017, with the model shown, the MT-900X Attentione, is the top model of the lineup.

This “XZ3RA” (which was named after a defunct tuning house based in London) was commissioned in 2020 by an unknown buyer (probably H0RIZ0N but not sure about that), and its list of upgrades were broad, ranging from a modded engine to uprated brakes and wheels to an upgraded suspension. The result? 1700 hp rumored. All from the same V10 the car is running on. And there’s a chance nobody may recreate this beast, as the company has just ended business this year due to various reasons. 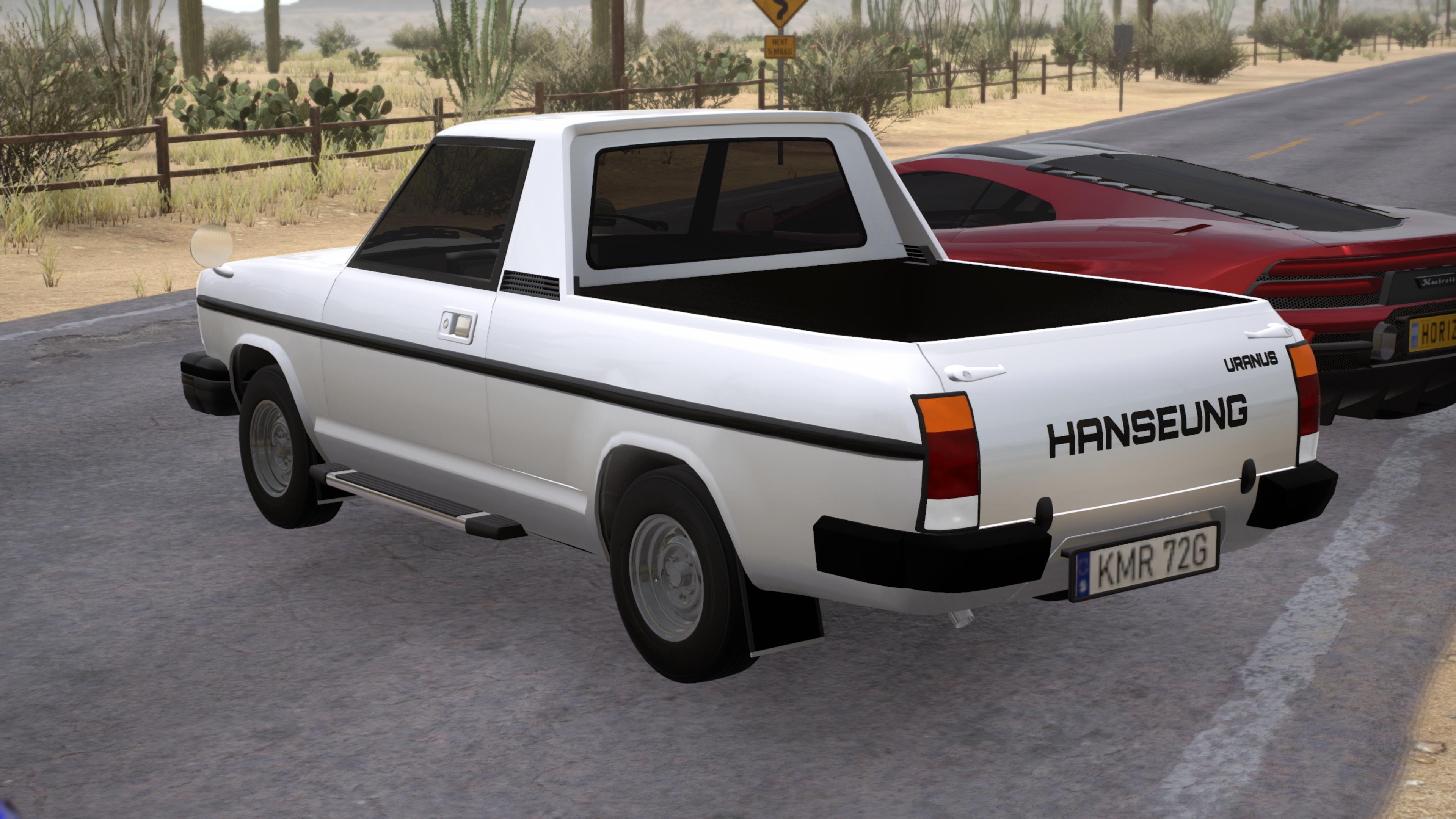 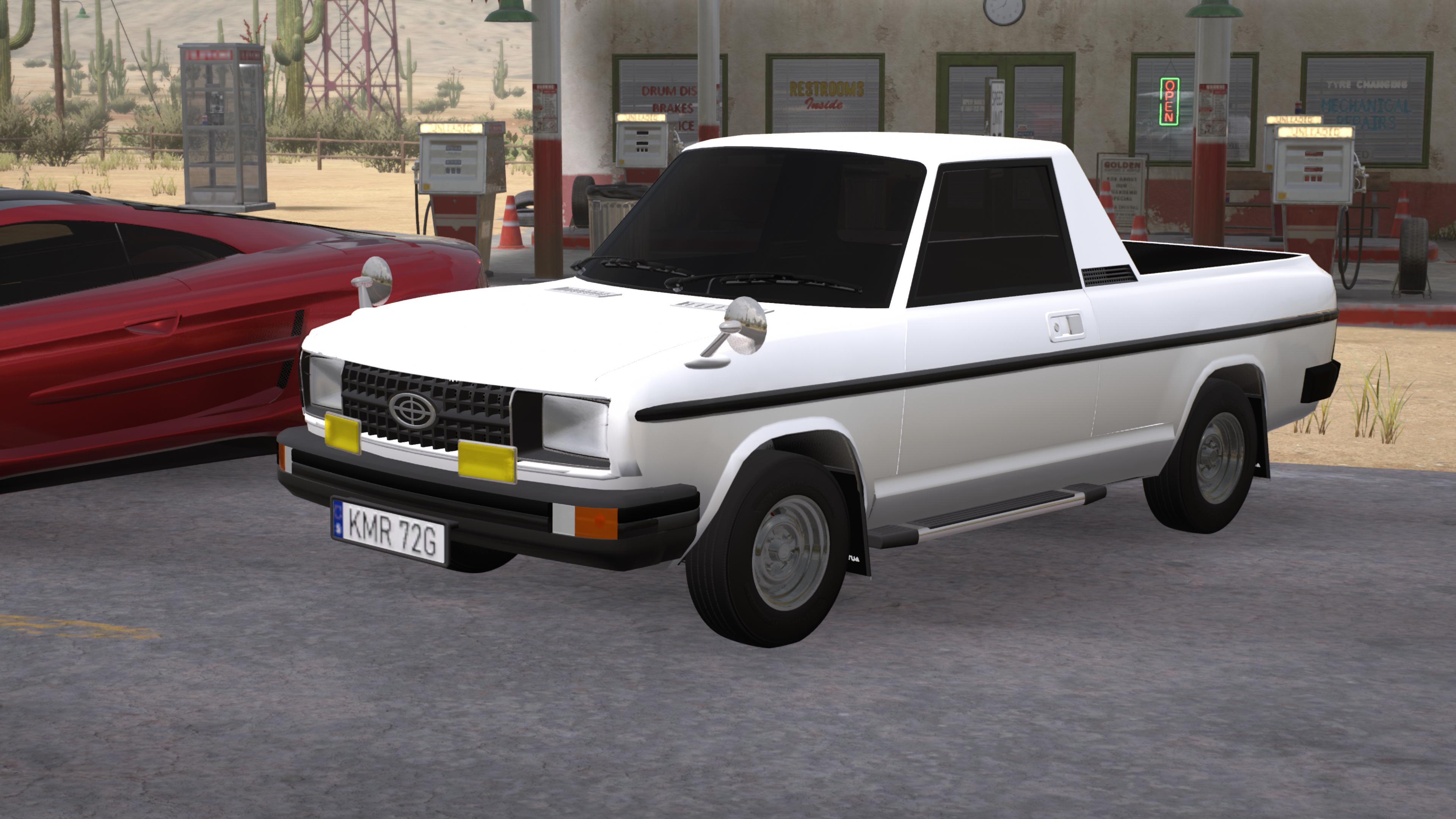 The Uranus from Korea’s Hanseung wasn’t particular rare or unique vehicle, given that the vehicle was sold from its inception in the 70s to present day and millions were sold. But this, the pickup is not one of them. This is a rare Uranus pickup, which in its inception right from start till the 1980s, only 5 thousand were sold. And of course, its already low numbers are still getting lower each year.

While most of the pickups are sold for its domestic Korea, there are a low amount of them were sold to various other countries. Such as this one registered in Sweden, with a carbureted 1.4 liter inline 4 generating 66hp. Despite its measly output the vehicle is in pristine condition, with the car getting a restoration since last year. 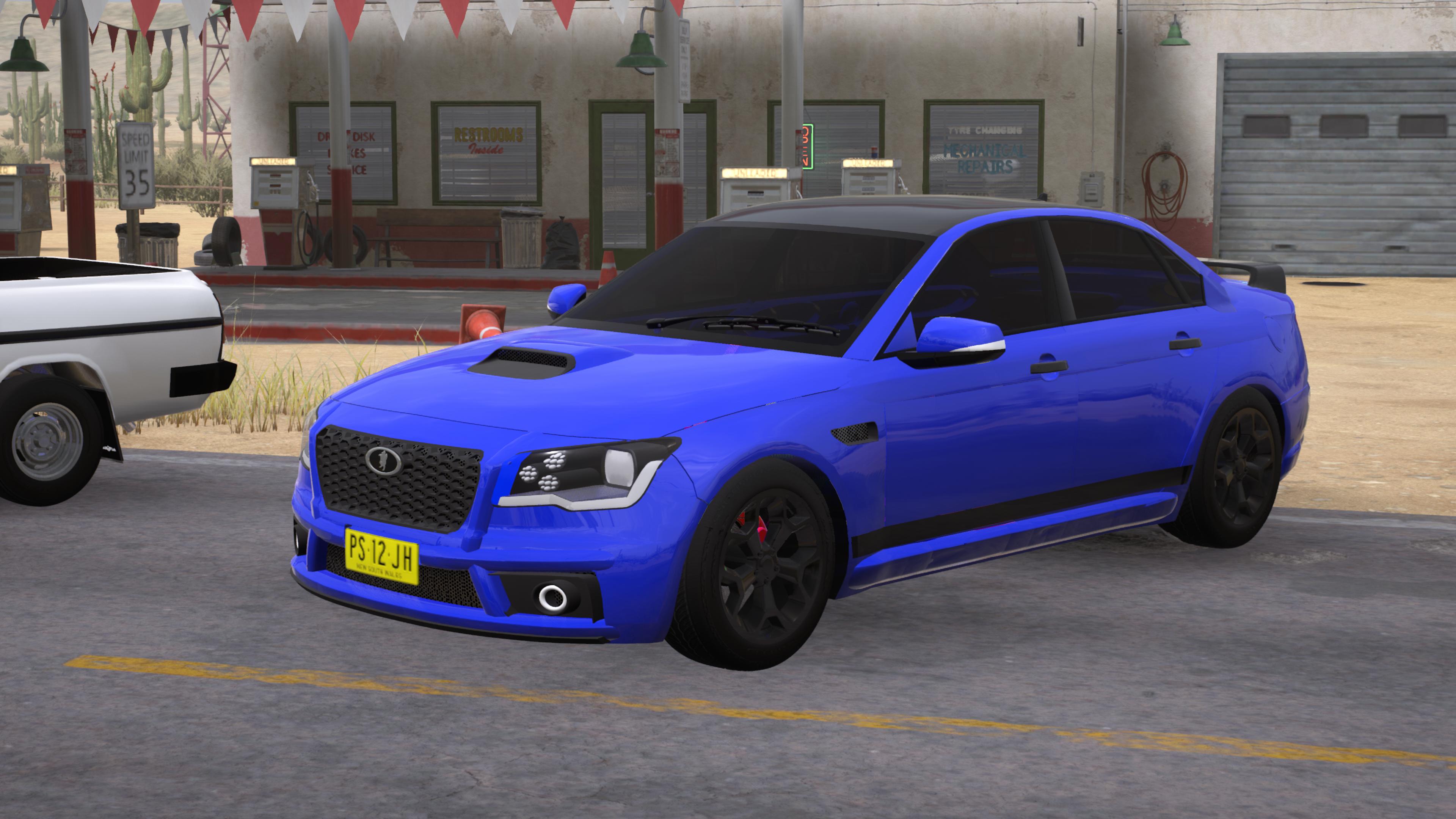 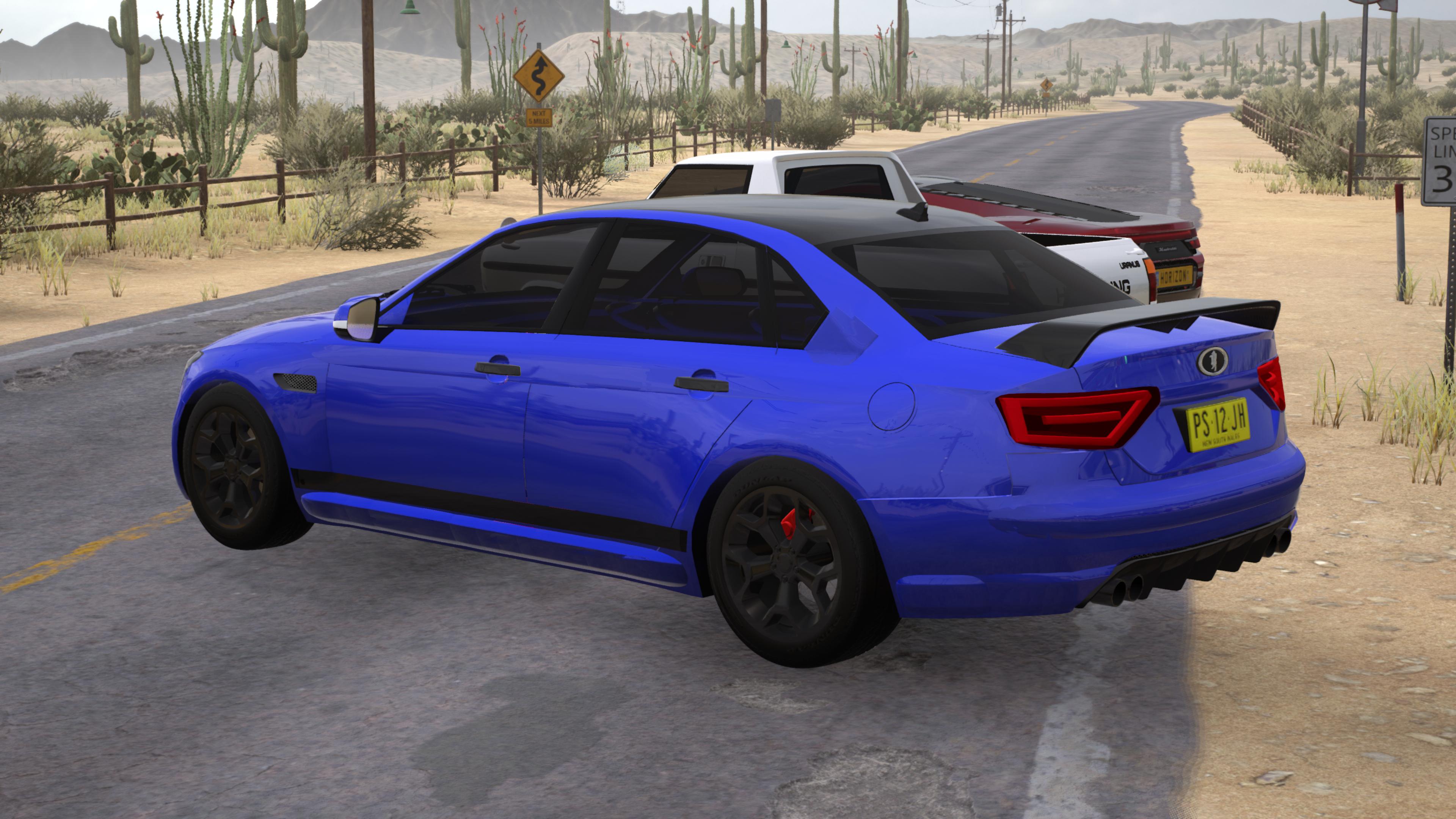 And the final entry for today, is a local hero, the last ever fast, six-cylinder, locally built Herald Wayfarer. Herald has been in the automobile manufacturing since the late 40s, but increasing costs, dropping sales, and other issues had forced the Aussie firm to shut down its car producing business in 2017, and all later models have became rebadged variants of imported Galvin models via a partnership which started in the 80s.

And all good things should end with a bang, given the vehicle’s aggressive looks and an equally aggressive 4.0 Herald “Wombat” I6, running via a six-speed manual and generating 486hp which is the most powerful six cylinder from the firm. Other goodies are available on this car, ranging from a sportier suspension, high-end sound system from Bose and all-leather Recaro sport seats which shows how the last Aussie muscle car should be.

And so, the show begins… 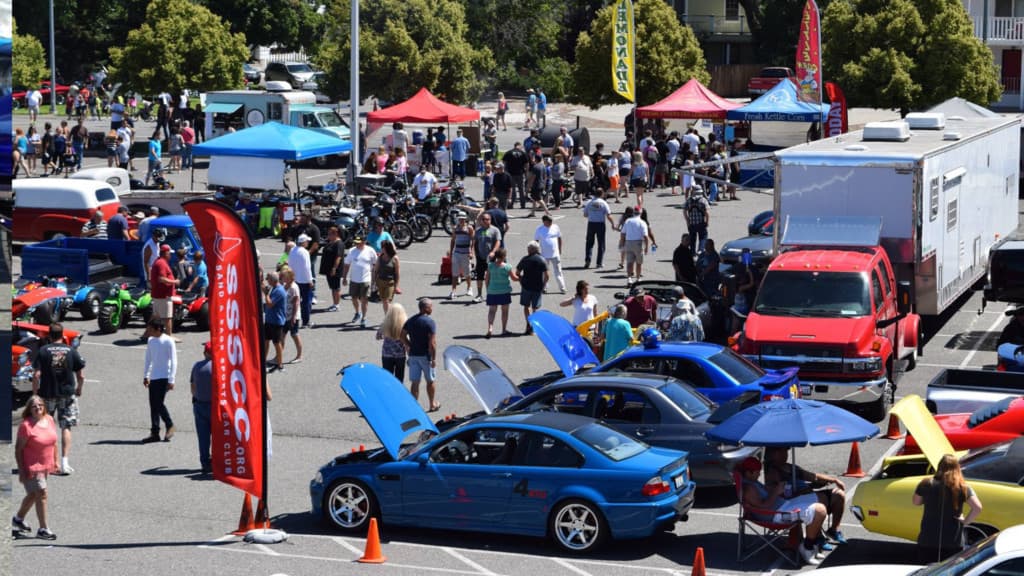 And with that said, the third event is a go!

Show’s ending on 4th July, or Independence Day for you Americans out there. After that, be sure to stay tuned for a voting event!*