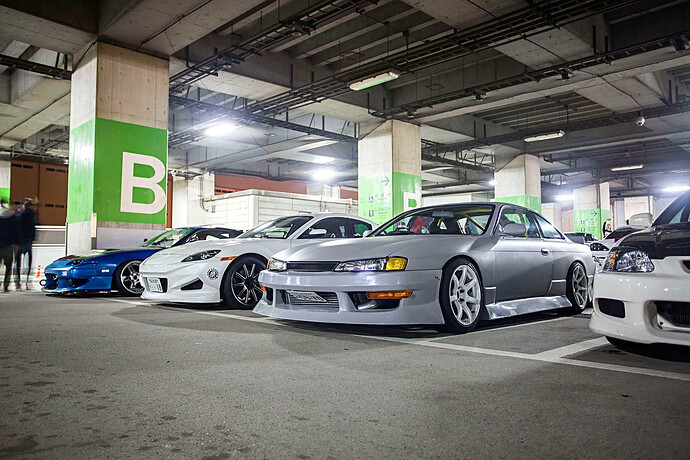 AVCM is now back, and its bigger and better!

That’s right, the breakout event of the lockdown era now has returned! With a twist!

As usual, the car meet is still the place to showcase whats possible on the community, and for that, everyone is welcome! Just don’t post something from Trashland and call it a day. 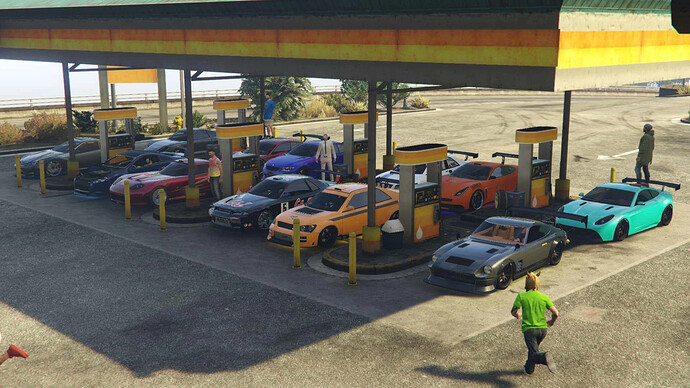 Some updates for the show this year:

Everything’s lovely, just putting the rules in that code box is not the most convenient solution, especially for reading point 2. on mobile

Good idea with moving it back.

Will the photoscene be a mod?

We have a theme for this event! This time, we’re doing cars from the 90s, that means, everyone, bring in the best of the final decade of the 20th century to this show!

I think this one will be about 1990s cars in general, not a specific genre.

Just don’t post something from Trashland and call it a day.

I take that to mean “As long as it meets the requirements and isn’t a 3-fixture and/or meme car, it’s in”.

I have yet to commence the photoscene, but I try to find a “vanilla” one if I can.

Well, as mentioned before, here’s the theme of this year’s event:

Flashback to the 90s! 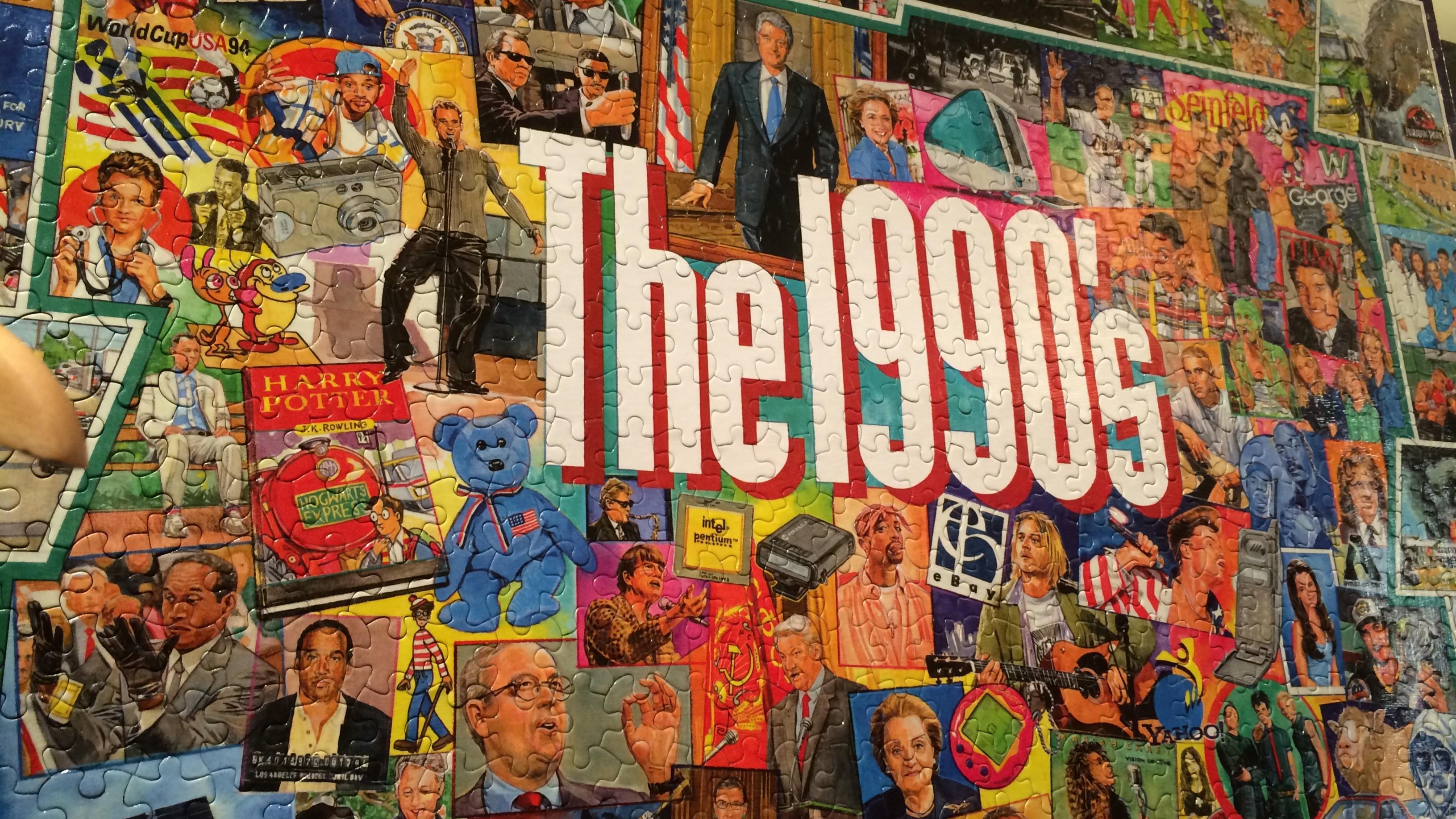 The 90s. Where cars are blobbier and techier than ever, yet still raw and fun to drive. Its also the era when automotive greats like the Mclaren F1 and the Nissan Skyline GT-R existed and ruled the scene. And with this situation means that the era is hailed as one of the most influential periods in the automotive world. And today, in this event, everyone is allowed to showcase rides, stock, tuned or restored, all from the early modern age. 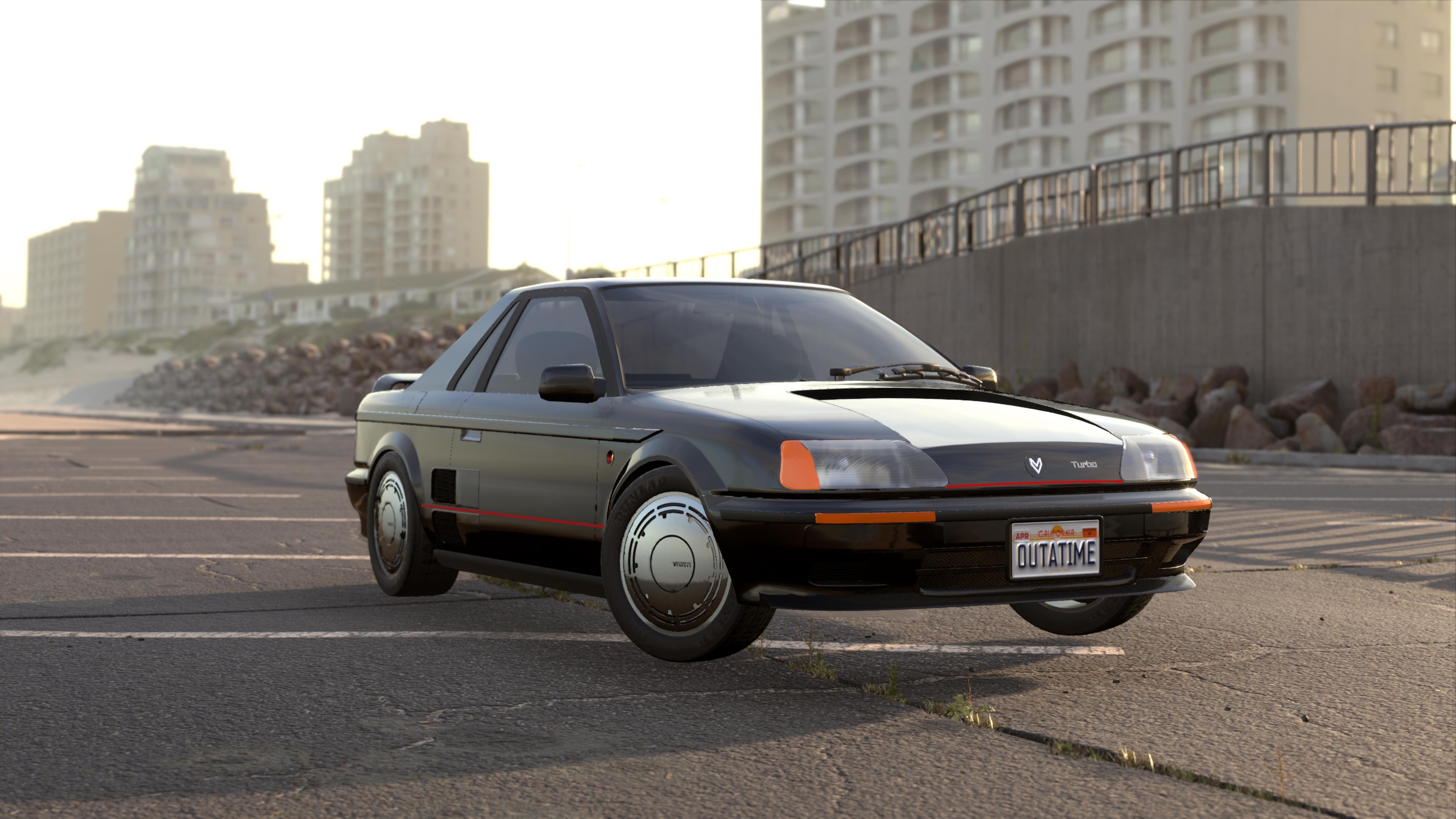 (Car courtesy from myself, and not related to the show by any means)

Yes, that’s right, the Beach photoscene, as this even is set in Miami this time around (yeah, actual locations!), so, get your cars ready then!

BTW, the Beach photoscene is available right in the game, so don’t worry for downloads.

So, that’s it, stay tuned for more info!

Beach photoscene can be kind of buggy sometimes, but at least I succeed taking pictures after some tries. I just hope that nobody else has even bigger problems.

Alright, I kinda forgot about this:

Today, marks the start of the AVCM 2021 preparation! So, what are you waiting for? Christmas?

Also, that means 30th April is the start of the actual show. Thank you.

Hi - just to clarify for the write-up: the meeting takes place in 2021, but everyone brings 90s cars?

Of course, its a 90s themed event. 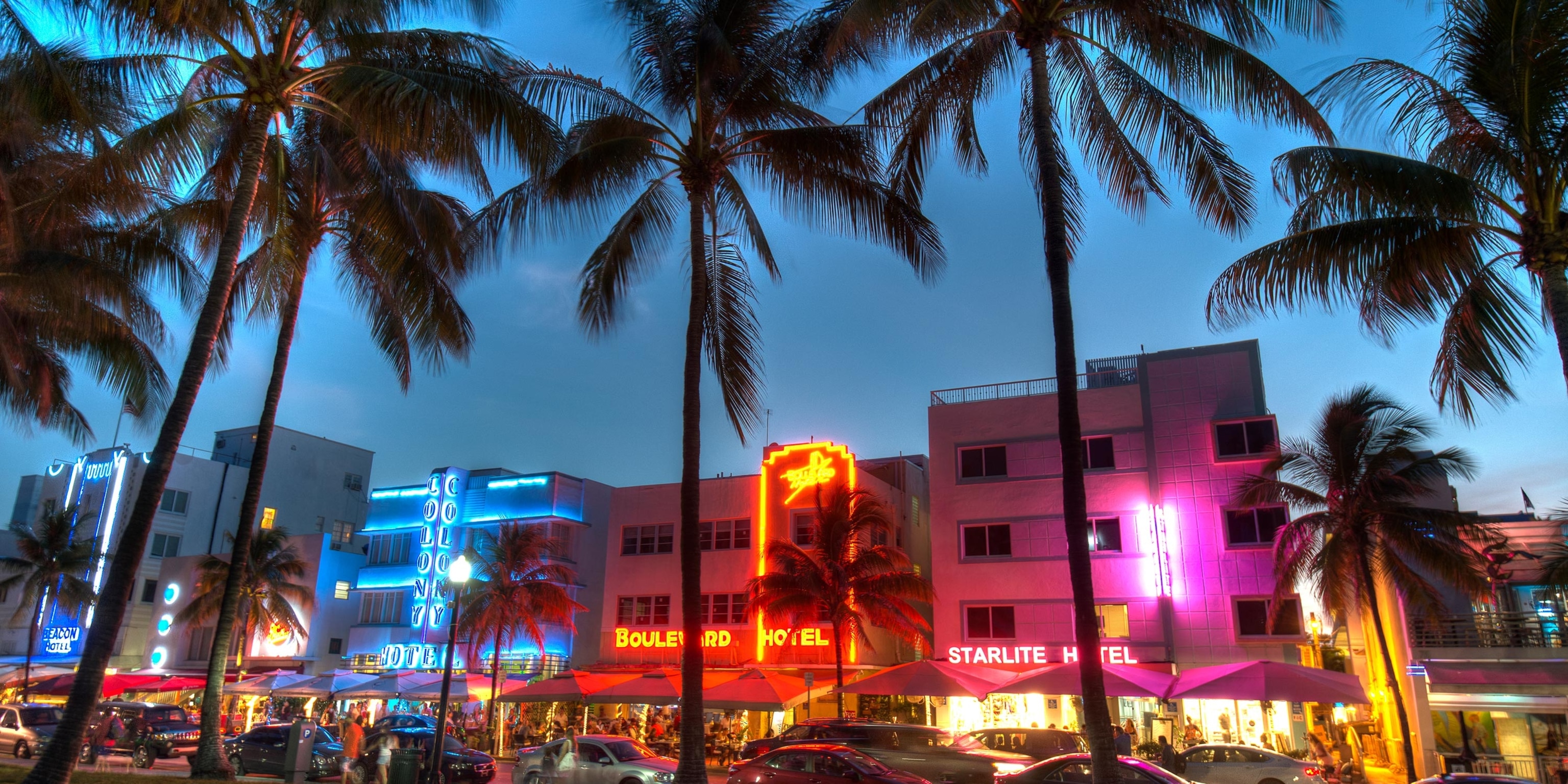 It’s not even morning at that point. The beach is still sparse with people, and everything seemed quiet. The quietness of the beach broke with the arrival of a truck, alongside the white Tesla which both appeared last year in Daikoku Parking Area, in Yokohama, Japan.

Within minutes, the truck have arrived at the beach. The man came out from the car, and started the preparations for the upcoming event. 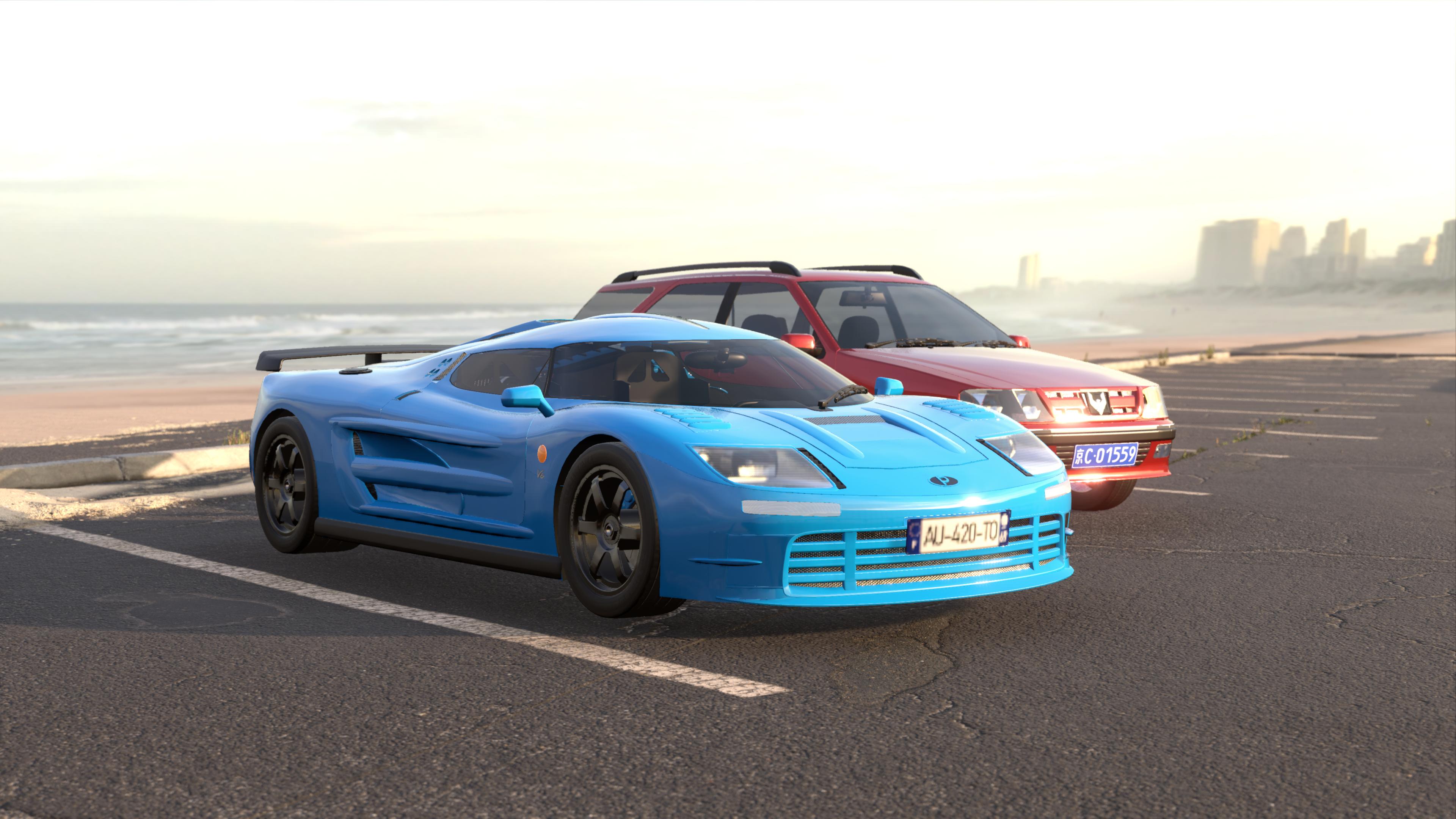 The vehicles have been unloaded, and the first to come is a 90s French supercar. The Aigle (French for eagle), Perriot’s last vehicle before succumbing to bankruptcy in 2000, was painted in a bright blue in its full glory. 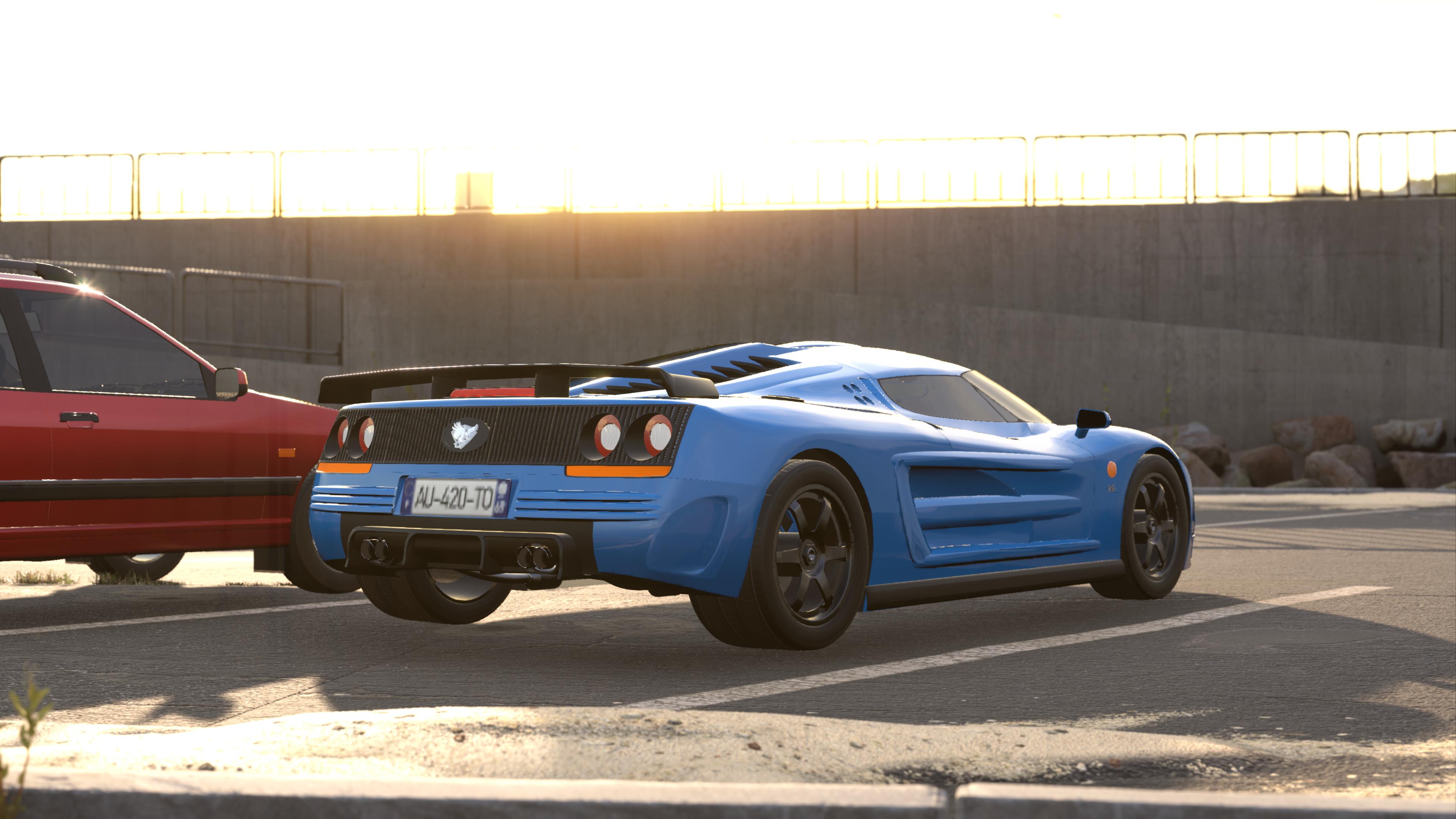 And obviously, this is not just another Perriot Aigle, it’s the ultimate version, the RV6 CS. The 2.8 liter V6 is now boosted to 443 hp, a 30 horsepower increase over the standard model. Besides that, its has other upgrades such as a better suspension, beefier brakes and a six-speed manual. Infacr, 30 units were planned, but due to budget cuts, only 3 ended up being made. 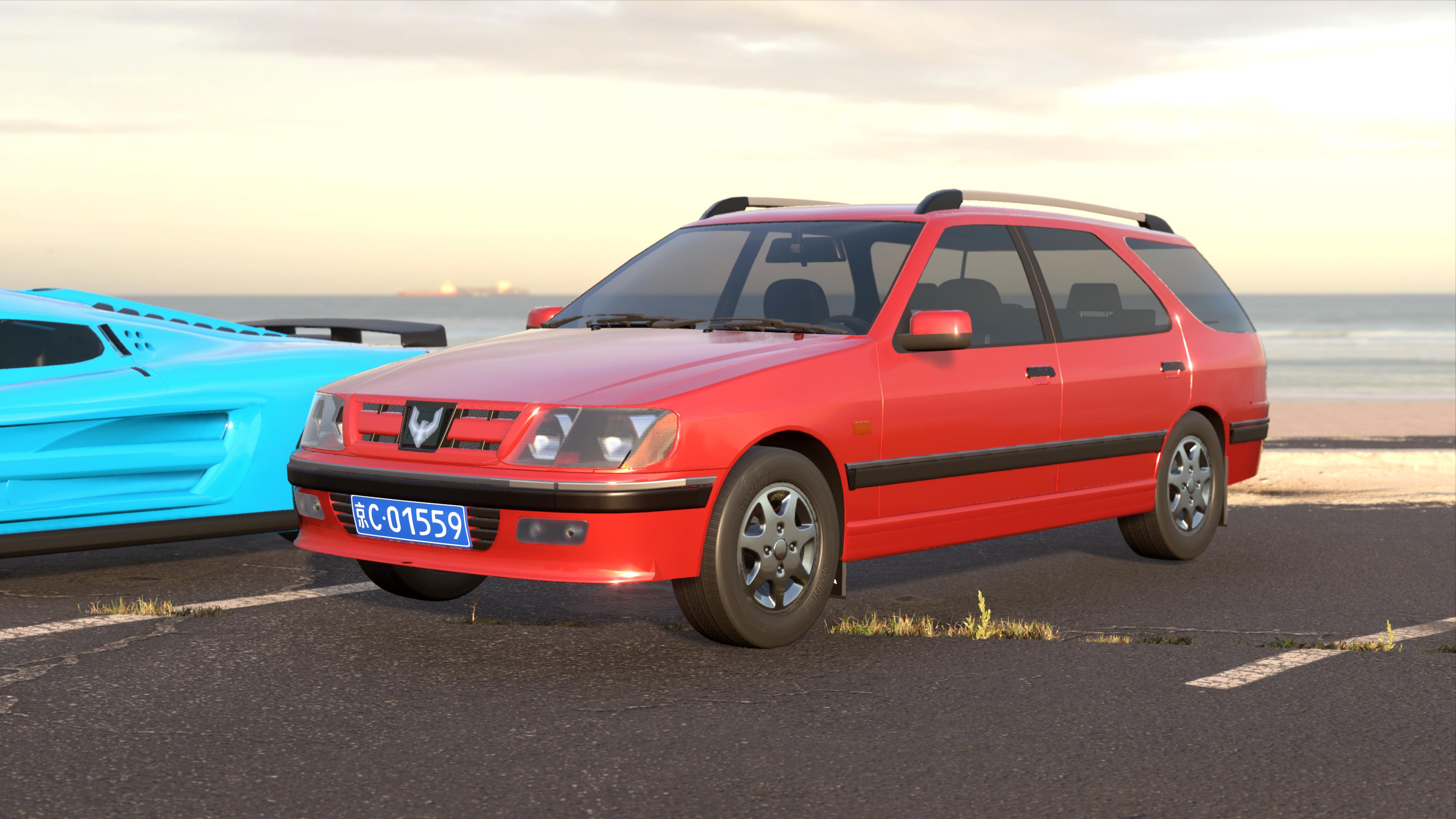 Not long after, an unassuming estate with Chinese plates have landed on the scene. And the car does seems look pretty weird, of course, because the vehicle actually came from Iran, but according to known sources from the guy himself, it’s a unit created for the Chinese market. But still, seeing an Iranian car in it’s arch enemy’s territory seems like a weird thing in its own.

The FarsiAuto A100 is the Iranian firm’s first fully self-made vehicle, and thanks to its reliability its a very popular vehicle there, even today. That being said that the A100 are also sold in several other countries in the Middle East as well as some parts of East Asia and South East Asia. 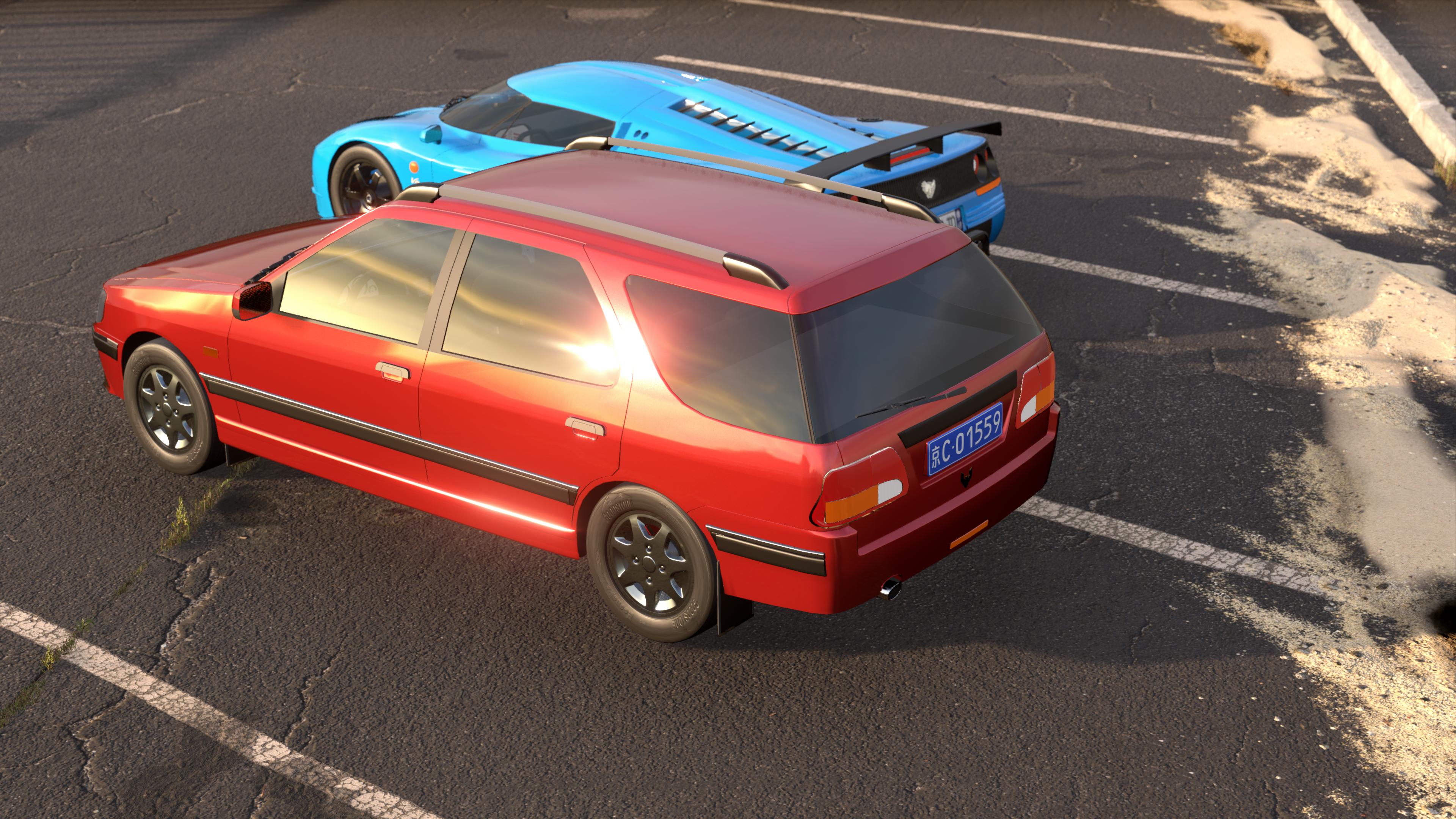 This is the mid-range model of the A100 estate, and from what it can tell it’s not very poorly equipped as it might seems, especially when the car has alloy rims, full disc brakes and a branded cassette player. The car is on good condition, which is pretty good considering it’s rarity outside Iran. Inside the hood contains a 1.8 liter 102hp four-pot, pretty unassuming, but if it still works fine, why not? 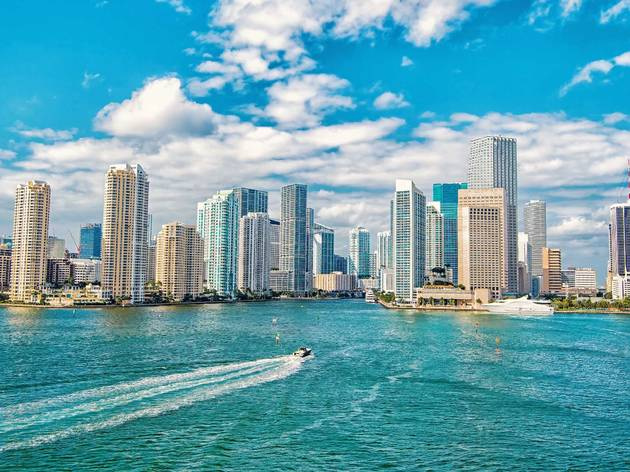 Preparation for the show is pretty much complete, and what’s lacking now is the other entries. As time passed, the gates to the show is now open, waiting for other enthusiasts to arrive at the show with their 90s vehicles.

And that means… the second AVCM ever is starting right now!!

What are you waiting for? Start posting your entries!
And also, the show will end in 14th of May.
Good luck to y’all.

An unassuming, cutesy european sports car with pop up headlights and a friendly face. It’s the 91 Palermo by Estrada, an early hard-top convertible with 130bhp. It’s not designed for speed, but smiles per gallon, amplified by a retromodern design with classic black and white paintscheme. The hard-top was a limited edition, harking back to the original Palermo’s Spyder roof. There are subtle touches all over, like the E in the rear centre light, and the partial wheel covers in the rear arches.

This example is one from the British market, and thus is right-hand drive with British license plate holders. Its aforementioned 130bhp comes from a 1.7l Flat-4- naturally aspirated of course. While this hard-top was a limited edition, purchasers of standard cars could opt for a soft top cabriolet, or a 2 door Shooting Brake style hatchback. 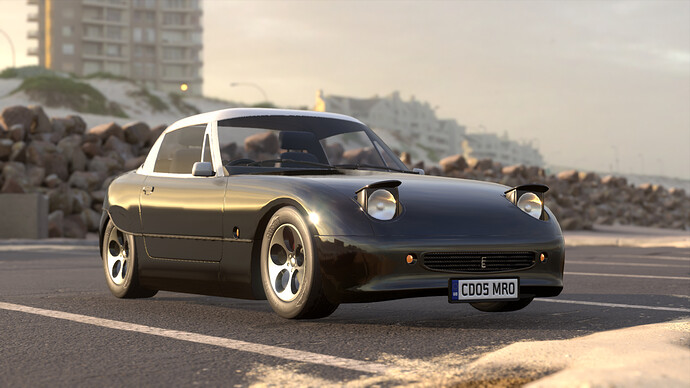 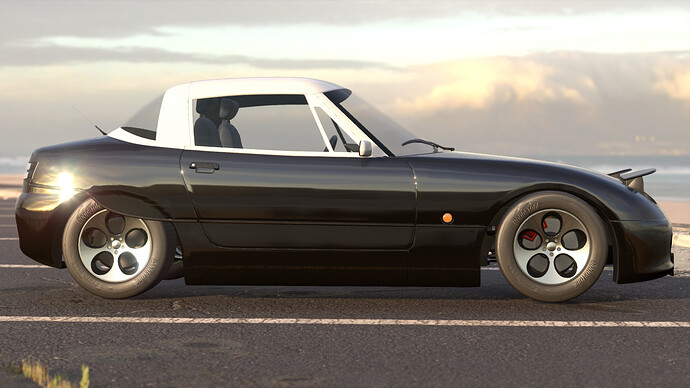 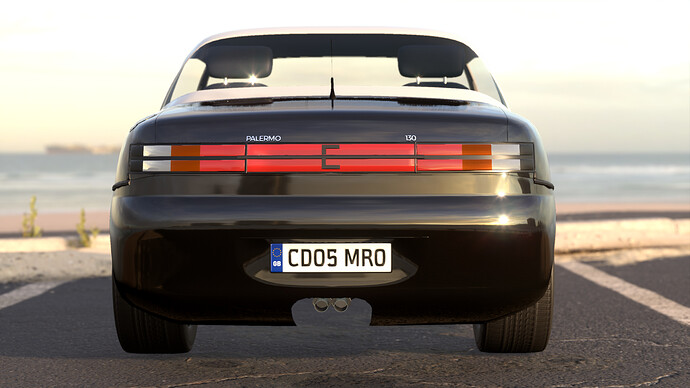 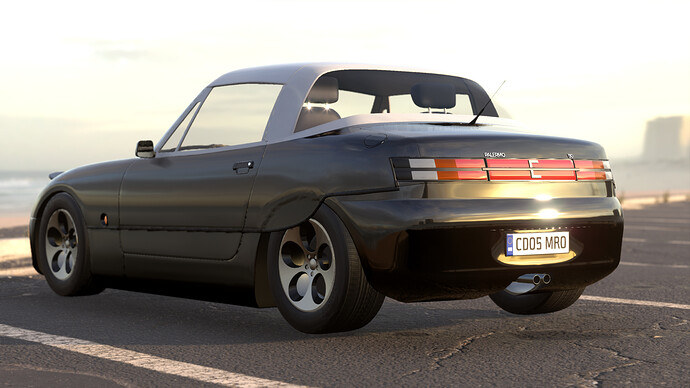 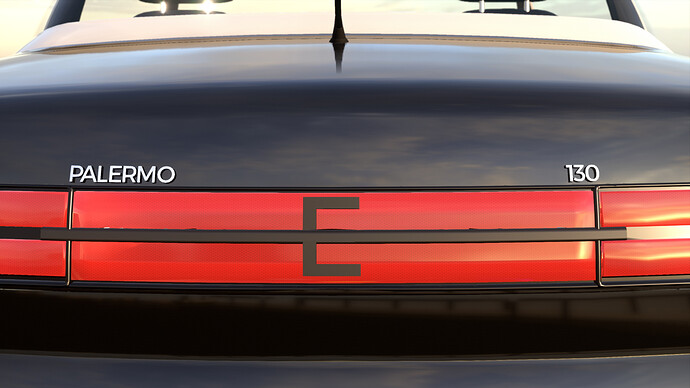 In recent times, Estrada have had modern photos taken of preserved classics, with the original Palermo being one of them, I have brought a print of one today. 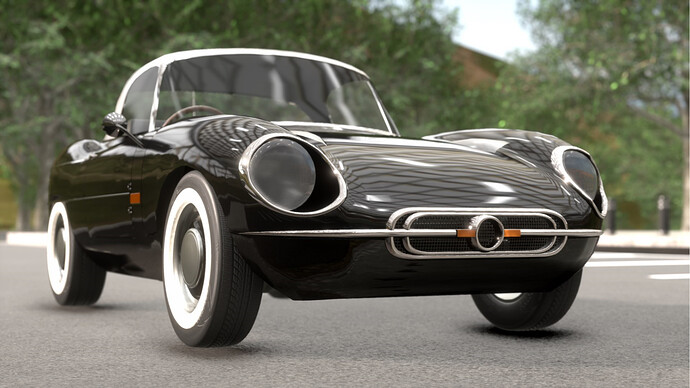 A true drivers car at heart. This 2nd gen M1 left no stones untouched. A 4 seat coupe that embodied performance first, and comfort at a close second.

Packing a 171hp DOHC V6 routed through a 5spd manual the M1 GT was always ready for a challenge. 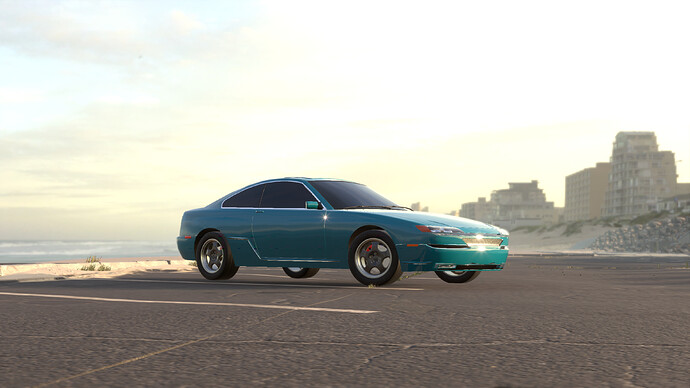 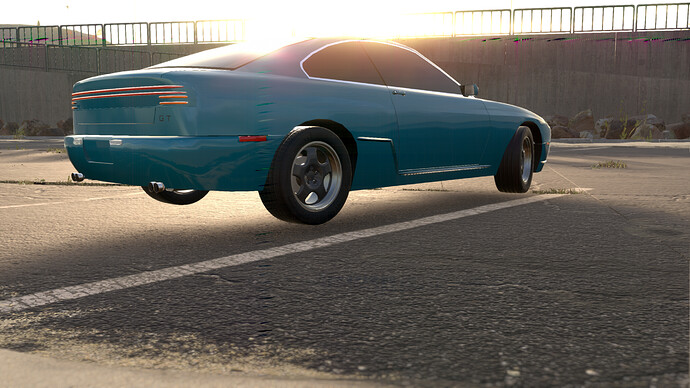 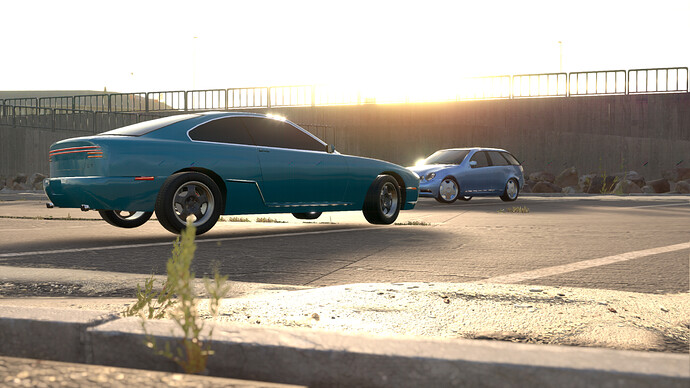 A week has passed, and I only can see like 2 entries on this AVCM. (not that I’m worried about it since the event is kinda rushed due to reasons)

And that means that the event may or may not be extended for more entries to come. So, I want to ask for some opinions whether to extend the event for a week, or keep on with the planned schedule.

Since 93% of 15 users voted for an extension, then here’s it, the event will continue until 21st May! Don’t wait, if you have an idea, start posting!