OK, since the 4WD comparision test was appreciated, I have had an idea for another Trafikjournalen comparision test challenge for a while, and sorry for setting it in the 90s again, but it’s still quite different from last time…

This time the scenario is the following:

It is 1993, and Sweden has recently been hit by one of the worst recessions in modern times. New car sales are at their lowest numbers since the early 50s, leading to even the used car market suffering, since people keep their old cars and even worn out old examples starts going for good amounts of money.

When the situation is like that, a very cheap new car may seem like a good alternative to an used one of a better regarded model/brand that might be quite abused and going for large amounts of money. But what do you really get for, say, $14K AMU? That’s what Trafikjournalen wants to find out. Are they viable alternatives to used cars, or jokes on wheels?

RULES:
Premium unleaded fuel. You can of course build an engine for regular unleaded, but if it’s not for lore reasons, there is no idea to do it since 95 octane was the only unleaded fuel available at the tap here by then, so being able to run on regular is no benefit.

3-way cat (standard or high flow) and at least one muffler. This is to reflect legal requirements.

No strict PU or ET limits, but things like quality slider abuse or unrealistic engineering gives me the right to bin the car right away. Once again, if you are unsure, ask. Also, horribly outdated technology might be borderline here and very dependant on the car itself. I may accept a simple leaf sprung solid rear axle, carbs and 4 speed manuals even if that was ancient in 1993 since you could still find primitive solutions on budget cars, and some of them had been in production for a long time. Things like front drum brakes, solid front axles or crossply tyres to save money is nothing I want to see, though. Once again, if unsure, ask, and look at some IRL cars in the same class.

Safety has to be basic 70s or better. This is to reflect the absolute minimum legal requirements, but since it will be judged, going higher might be a good idea.

At least four full seats, and this is about regular cars for Mr. Average so I strongly recommend sedan, wagon or hatchback bodies (2 door variations of them are of course OK though). Things like sport coupés, convertibles, vans and pickup trucks are aimed at a different market, and even if I don’t want to put up a ban, the usage of common sense is recommended.

Trim year has to be 1993. Model year and engine family/variant can be 1993 or any year earlier. There was cars on the market like the Mini that had been in production since 1959 and the Lada 2105 with roots in the 1967 Fiat 124 so a model year much older than the trim is not a problem.

Keep in mind that the goal is not necessarily to create the cheapest car, but the best value under 14K. If you need to blow the whole budget but will make a fantastic car - fine! If you can build something almost as great and still be far from the budget - fine, too. Also, creativity within the lines is encouraged, since the lowest price segments at the era was an interesting mix of Soviet leftovers, stripped budget versions of more expensive compact cars, tiny but fully modern cars and some real low budget bargains from Korea.

The format that will be used can be seen here:

OK, the scenario is as following: It is 1996 and 4WD vehicles are no longer just anything for the military or rally drivers. The SUV segment is booming and while there is still mostly traditional offroaders on the market, there is cars showing up that is more and more passenger car like. And since Mr. Average is getting interested in the segment for the first time in history, Trafikjournalen is going to do a comparision between a great deal of all the cars on the market that has some kind of of…

This challenge is set in 1993, but treated steel panels (which provide better environmental resistance compared to regular steel) are not available until 1994, so can we use partial aluminum instead for the sake of rustproofing if company lore dictates it?

As long as you can fit them inside the budget, yes. There was some experiments from mainly southern european manufacturers with both polymers and aluminium in the panels at the time even in cheap cars, to keep the weight down and with the horrible rust problems of the 70s fresh in memory.

The naming scheme for this comparison, if one were required, would most likely be “14k - username” for both the model and family names. As for submission method, I’d suggest sending a .car file to you via DM (not Discord).

I agree on that

Also, added some inspiration pics in the original post.

I’ve scrapped all my old brands

So meet Hart, and its Jupiter LS 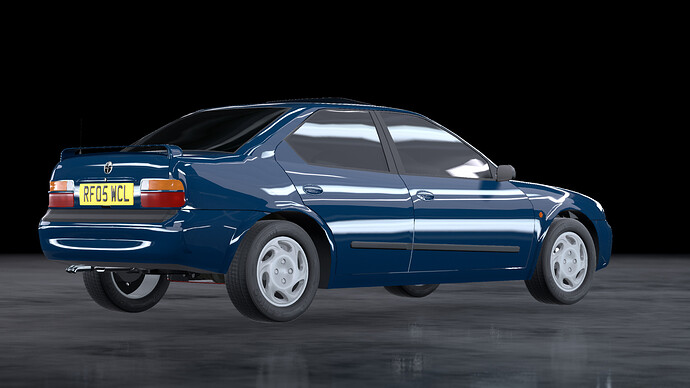 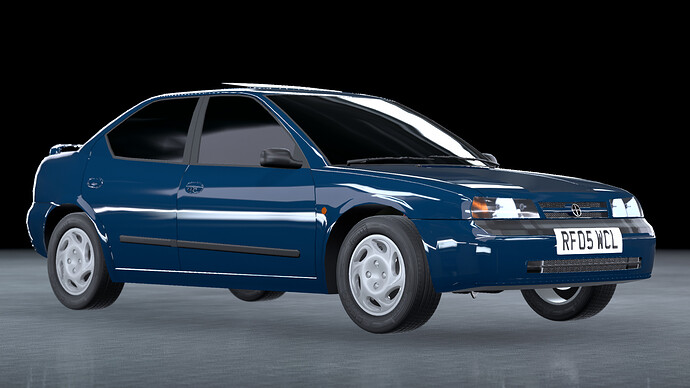 First regarding the 4 speed manual. With a quick research I found more than a few cars with 4 speed manual that were introduced all the way to mid late 90’s.(especially hatchbacks) So I would not make that a no no for models from 93.

However, since it’s a trim to be released in 93, I would expect the safety minimum to reflect that too, so basic 70 would be way too low.

This seems a quite nice theme for a challenge.

In 1994, the 5th gen Toyota Tercel was released, seemingly an excellent fit for this premise, with a 4 speed manual. It was l an oddity for it’s time, but it’s not necessarily unrealistic for a new car so long as it was meant to be very cheap

The Tercel was only sold until 1987 in Sweden, but as I said, extremely cheap car, or old model that have stayed in production, it feels acceptable, so don’t hang up on that 4 speed. I see now that my writing is a bit confusing since I was very tired when I done it (actually fell asleep at the keyboard three times I think and I am not joking, lol!) so I will clean it up a bit.

This may be a problem on the body I am using however the price may vary if I mess about with the model years a bit.

The test mule I came up with recently sits right on the budget limit - it does, however, have a decent amount of standard equipment for its price.

Well, this time the budget more or less IS the challenge, so.

It is not impossible at all to build a car in 1993 that fits inside it and even is fairly up to date, but it will of course not be a BMW M5 competitor at that price.

I guess that most of the example cars can be built for that kind of money. And the model year can be much earlier than 1993 if you want to, the Mini, that is among the example cars was still built in 1993 and had been in production since 1959, for example.

And since there has been no major objections yet, I think that I will clean up the rules a bit with no major changes, and then nail them.

I may accept a simple leaf sprung solid rear axle, carbs and 4 speed manuals even if that was ancient in 1993 since you could still find primitive solutions on budget cars, and some of them had been in production for a long time

93 is towards the end of life for carbs being fitted. Some cars, using older engines, still had them fitted. I think the Ford Fiesta 1.1 still had carbs until 95.

Exactly, up until the mid 90s, they were fitted to some low budget cars. Stricter emissions regulations meant the end of them later on since they never worked very well paired with cats, but this is 1993 and I consider anything unleaded + 3-way cat clean enough. 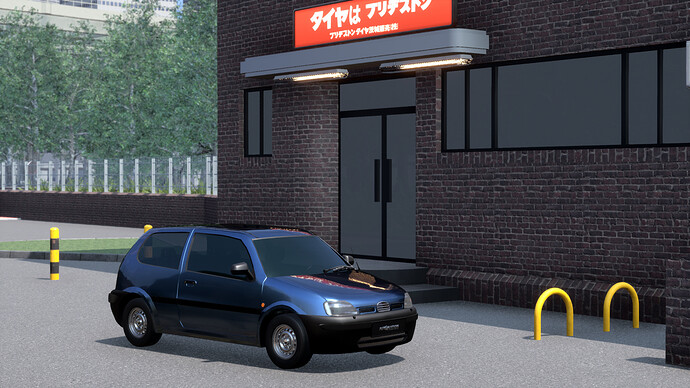 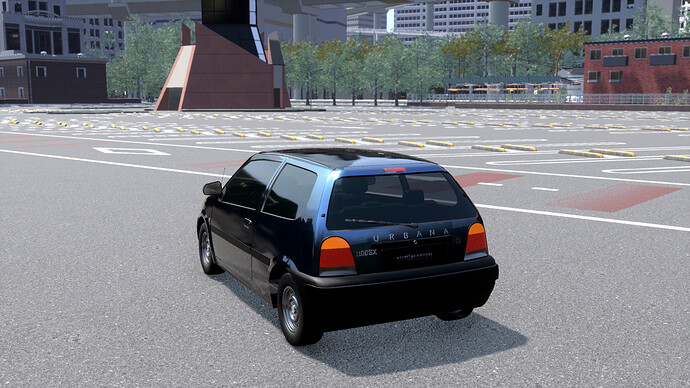 Say Hello to the Hakumai Spot. All new and refreshed for 1993. SPOT 1.5LX MODEL SHOWN. CAR MAY DIFFER. Yours for $12100AMU
It has Mechanical Fuel Injection! It’s very safe. It is also very reliable. 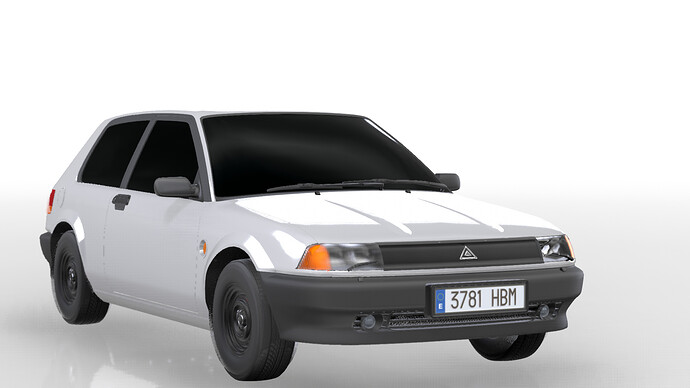 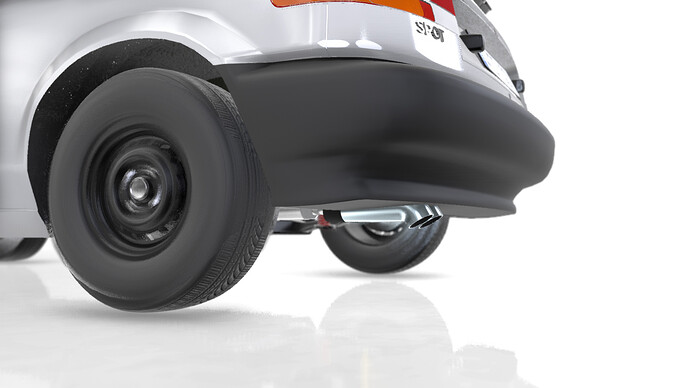 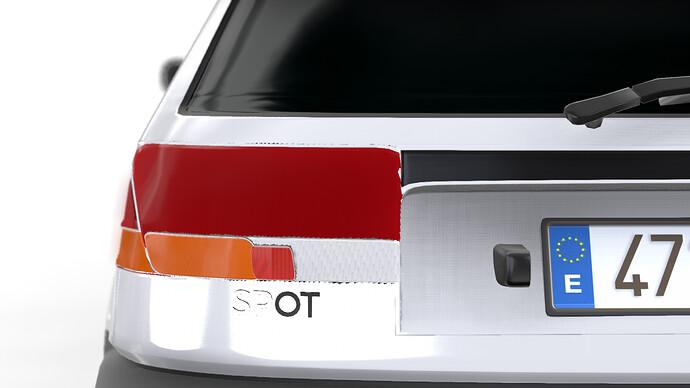 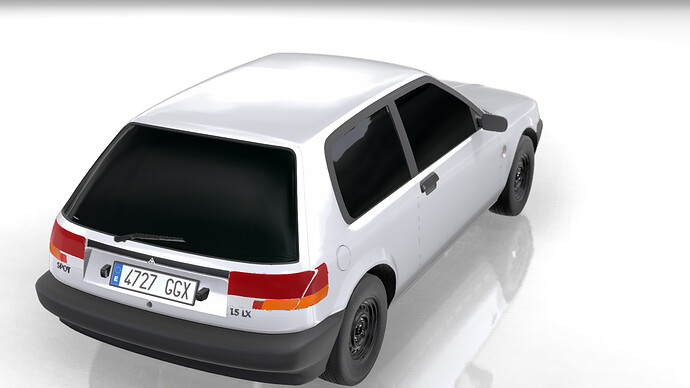 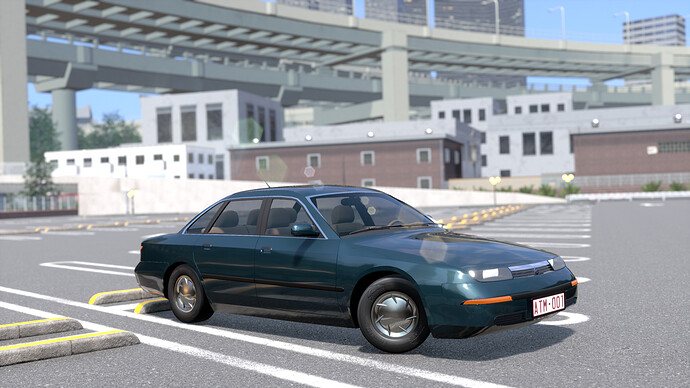 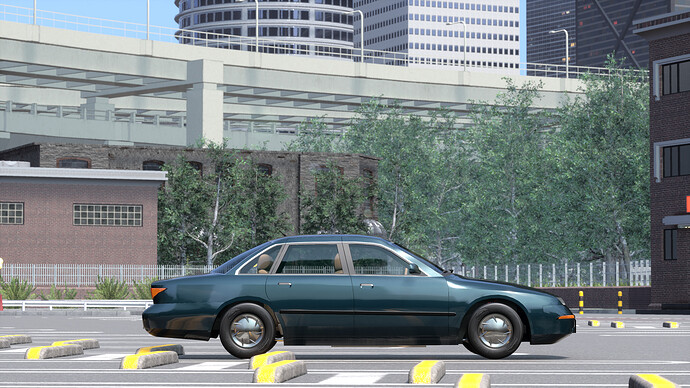 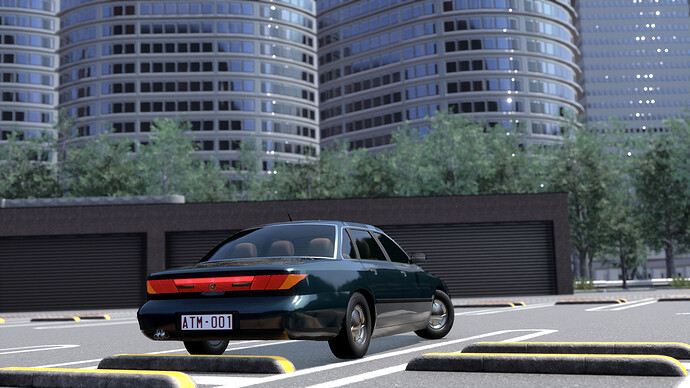 Yes, it costs 14k, yes, without negative quality, no, I couldn’t resist