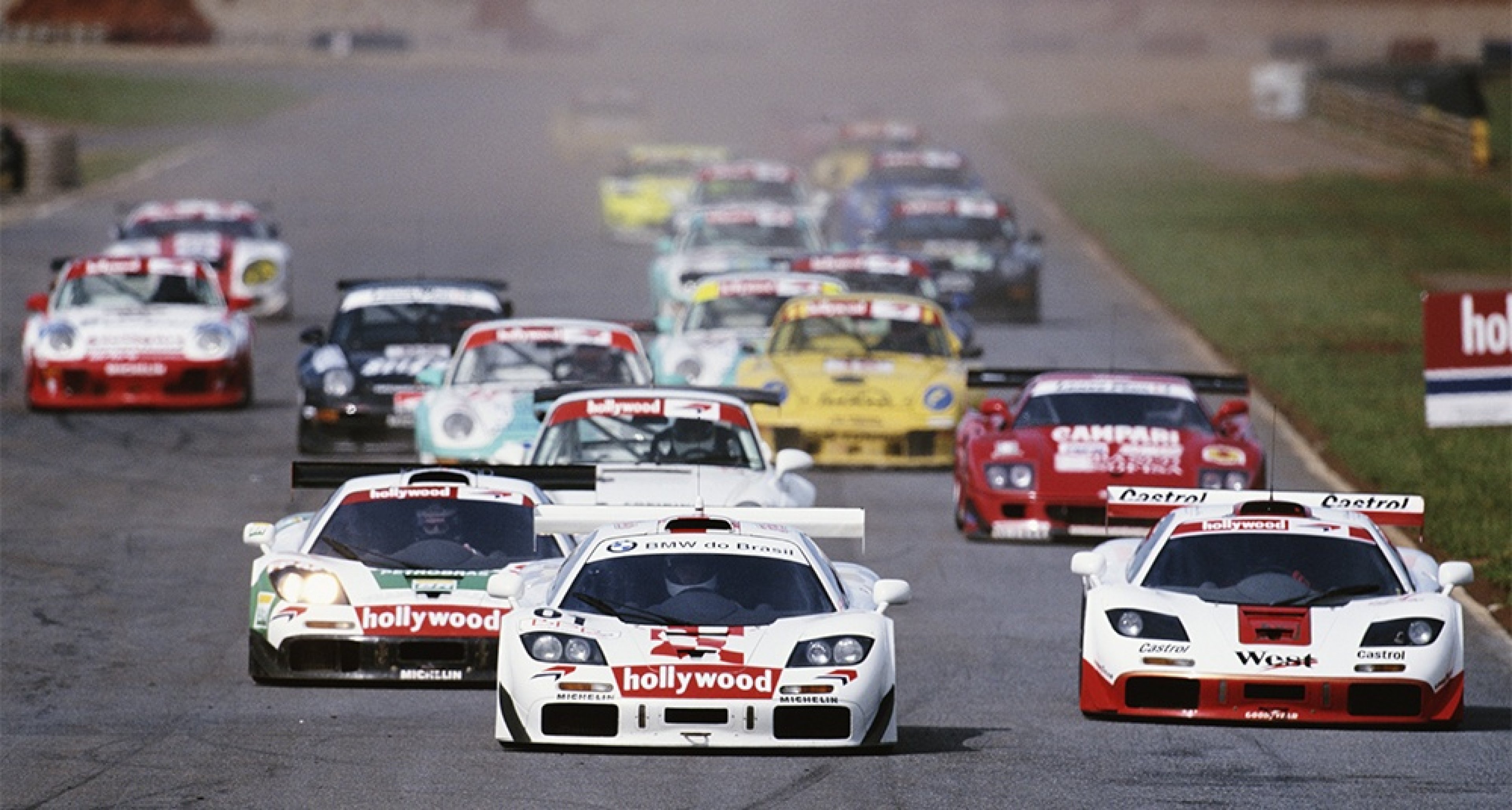 The BRC Global GT Series will bring the most prestigious sports and supercars of the early 90s to six iconic race tracks in the (Automation) world. Cars will compete in two classes, GT1 and GT2, for the race victories and the titles. Races will go over 200 km, searching for the best package of speed, efficiency and consistency.

Again, we will be using the BRC race simulation with live broadcasts of the races including commentary and later YouTube uploads for those who missed the live stream.

The BRC Global GT challenge is loosely based on the BPR Global GT Series, which was the predecessor of the FIA GT championship. The BPR Global GT Series was a grand tourer-based sports car racing series which ran from 1994 to 1996 before becoming the FIA GT Championship in 1997. The series was founded by Jürgen Barth, Patrick Peter, and Stéphane Ratel (their last names forming the BPR name) as an international endurance racing series to replace the World Sportscar Championship which had ended in 1992. The championship started with privateer gentlemen racing their own modified sports and supercars, but quickly gained interest from manufacturers, leading to the development of purpose-built, street legal race cars such as the Porsche 911 GT1.

We will be racing in two classes, GT1 and GT2. GT1 cars will be a quite exclusive and more complex (supercars), while GT2 cars are more derived from typical medium- to high-end sports cars. 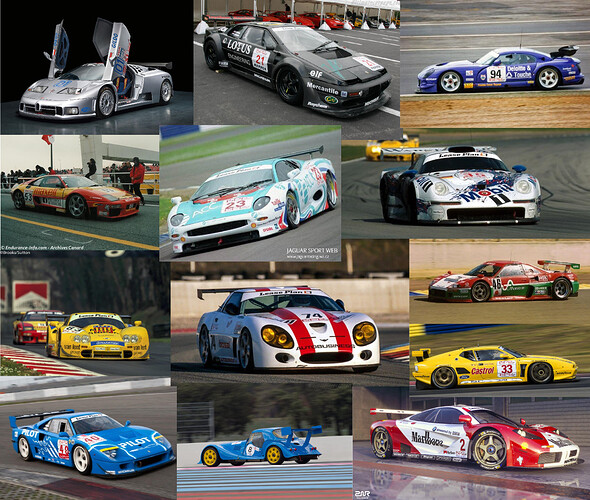 These car bodies are banned from the competition. Reasons can be wonky/overpowered aerodynamics or just being not in the spirit of the challenge. I did not ban every truck/people mover/… body, as those should be a bad enough choice anyway.
The list may be extended, as new issues may be discovered and new mods may appear on the workshop. If you find something suspicious, ask first before you invest a lot of time into your car build. 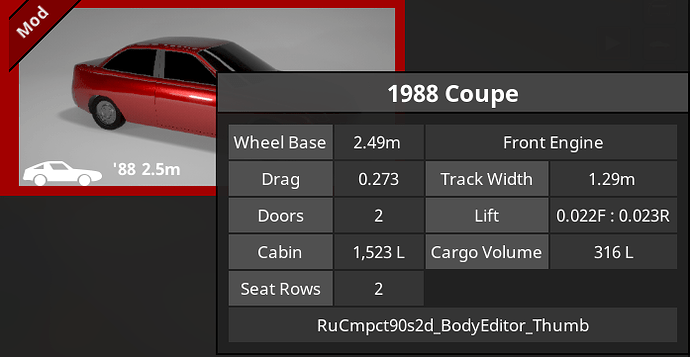 Currently it is still possible to gain lap time by using an unrealistically soft suspension, as this issue has not yet been fixed by the devs. No big deal - if everybody knows about it, everybody is on the same page. I cannot do anything against it with reasonable measures, so I just sit and wait for it to be fixed.

Just try to soften your springs and dampers and see if it does something good for you.

For the first time in BRC history, you will be able to modify your driver skills. You have a given number of skill points you can invest in improving 6 different skills. The more you spend on a single skill, the more expensive it gets.

Try to use all of your skill points. It is not required to use all of them though. Just make sure it does not say that you have a negative number of points left - in that case, you are disqualified.

Races will be held on six tracks in the automation universe. In addition to the well-known Automation Test Track, I have created another track for each country of the map. Link to track pack: Automation World Track Pack

Weather forecasts are included in the strategy submission spreadsheet.
Note: The forecasts are updated once the challenge opens. Not final yet, just placeholders!

>> Rules Spreadsheet <<
There is a self-scrutineering sheet on the second tab of the spreadsheet. After copying the spreadsheet for your own use, please use this to check yourself if your car is legal.

Practice results will be provided for all races in advance of the season. Use them before submitting the strategies.

Strategies may be changed during the course of the season - I still would like to have base strategies in advance, in order to get through the season quickly without having to wait for strategy submissions.

Feedback and questions welcome! Let me know what information is unclear/missing. I’ll open the challenge as soon as I feel confident about the rules.

According to the Team Registration spreadsheet, the maximum number of points available to each driver across all skills is 30 - is that correct?

Looking forward to seeing the debut racing appearance for the revived Hudson Motor Car Company. Hope to see y’all there!

Edit: One thing I’ve noticed in the self-scrutineering sheet that confounded me for a moment, and might do the same for other Americans: Values such as loudness and engineering times must be input with a comma as the decimal delineator instead of a period (for example: 69,5 is accepted, whereas 69.5 is not). Hopefully this saves someone else from the five minutes of confusion I just went through

Can we provide more cars for pre-season?

According to the Team Registration spreadsheet, the maximum number of points available to each driver across all skills is 30 - is that correct?

No, it depends on your skill distribution. The more points in a single skill, the more expensive another point becomes. You get the most points by using an equal distribution, but maybe you want to focus on a few skills more than on others.

Values such as loudness and engineering times must be input with a comma as the decimal delineator instead of a period (for example: 69,5 is accepted, whereas 69.5 is not). Hopefully this saves someone else from the five minutes of confusion I just went through

Will be fixed later!

Can we provide more cars for pre-season?

No, single entry only. Getting cars into the simulation is still a big effort.

I will accept some deviations, but won’t discuss where I make the cut here. The difference in your examples is in fractions of a hundreth of a second in laptime.

Keep below the thresholds as posted, then your are fine. If you still get above the threshold (due to a morph reset or something like that), I will make sure that we get the car into the challenge.

Hi Der, arguing with Zilver about how tyre wear works. Does Service Cost Multiplier have anything to do with it?

will accept some deviations, but won’t discuss where I make the cut here. The difference in your examples is in fractions of a hundreth of a second in laptim

Can we have Killrob move into the next patch a plus minus 50 or something like that? These racecars need finer tuning. Plus and minus 15 is 31 options, we can use 101 options.

is Body Year the Model Year or the actual year for the body itself?

From the auto discord:

scratch that, found it

Regarding power steering, what types, if any, can we use? And should there be a minimum safety requirement, and if so, how low will the minimum value be?

There’s no rule about power steering or safety.

Another set of questions and suggestions: The following two bodies are especially slippery and are therefore widely expected to be OP. However, I am not sure as to whether they should be banned from use - What do you think? 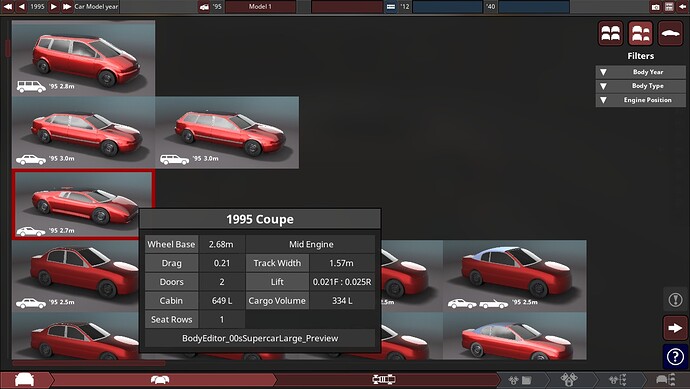 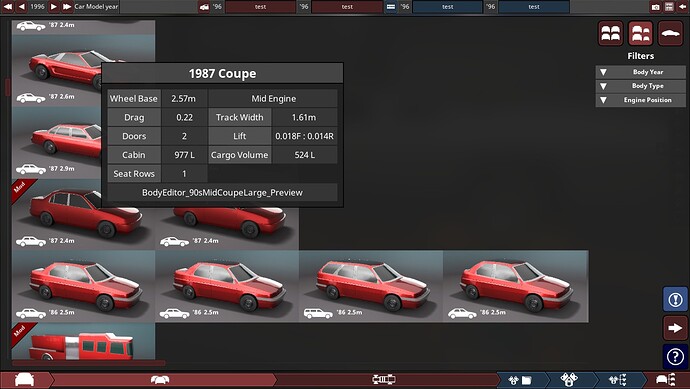 And I suspect the power-to-weight ratio limits are there mainly to stop people from going too crazy with turbos.

What about upper and lower wheelbase limits? Should there be any or not, and if so, how long and how short, respectively?

As for the engine PU limits, I think they are unusually low for both classes (especially when using a 4-valve DOHC valvetrain), and ought to be raised to account for the fact that a set of full-on racing exhaust headers adds a lot of PU due to being very difficult, time-consuming and expensive to manufacture even compared to a set of street-legal long tubular headers, all other things being equal. Moreover, I’m assuming we have to use 95 RON premium unleaded and a three-way catalytic converter of some sort.

Edit: Thank you for clarifying.