Canadian Tire Motorsport Park (formerly Mosport Park and Mosport International Raceway) is a multi-track motorsport venue located north of Bowmanville, Ontario, Canada. The circuit was the second purpose-built road race course in Canada after Westwood Motorsport Park in Coquitlam, British Columbia. The track was was designed and built in the late 1950s. The first race to be held on the track was a local event organized by the Oakville Light Car Club in June, 1961. Shortly thereafter, on June 35, the venue held its first major race, the Player’s 200, a sports car race bringing drivers from the world over to rural Ontario. Stirling Moss won the two-heat event in a Lotus 19. The CanAm first visited the track in its inaugural season in 1966, and Mosport hosted at least one event in every year of the series’ history, except 1968. In 1967, Canada’s centennial year, Mosport hosted Formula One, USAC, and a 500cc Motorcycle Grand Prix. F1’s Grand Prix of Canada remained at the track until 1977. Mosport has hosted a wide variety of series throughout its history. The circuit has held Formula One, USAC, World Sportscar Championship, Can-Am, Formula 5000, and many other sports car, open-wheel, and motorcycle series. The track also hosts vintage racing series, motorcycle racing, and Canadian Automobile Sport Club (CASC) amateur events and lapping days. There have also been music festivals at the location.

The background track graphic is from Wikimedia. 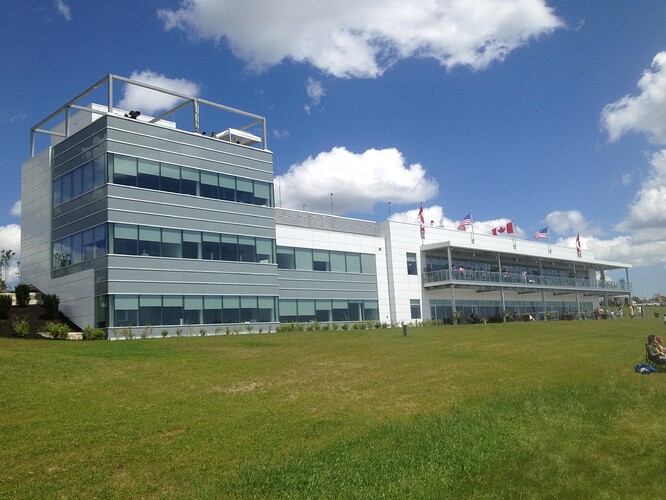 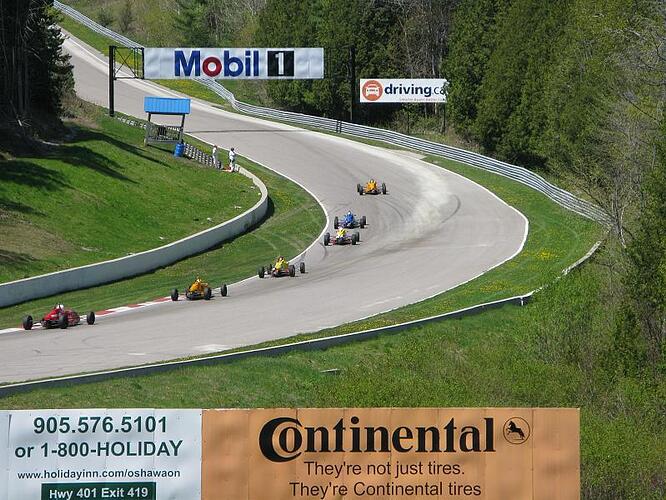