I requested that quite a while ago, not really wanting it now so don’t worry about it

Watkins Glen International (nicknamed “The Glen”) is an automobile race track located in Watkins Glen, New York, at the southern tip of Seneca Lake. It was long known around the world as the home of the Formula One United States Grand Prix, which it hosted for twenty consecutive years, but the site has been home to road racing of nearly every class, including the World Sportscar Championship, Trans-Am, Can-Am, NASCAR Sprint Cup Series, the International Motor Sports Association and the IndyCar S…

@Matchstick101 @Nevermore1983 for those of you interested in BTCC, Donington is up! Soon, an update with elevation changes should be out.
EDIT: Oops! Sorry. Looks like the track is already here, my laggy internet decieved me to think there was nothing in search when it kept on loading. My bad.

@Fayeding_Spray Which circuit layout would you choose? I’m guessing the longest one?

Canadian Tire Motorsport Park (formerly Mosport Park and Mosport International Raceway) is a multi-track motorsport venue located north of Bowmanville, Ontario, Canada. The circuit was the second purpose-built road race course in Canada after Westwood Motorsport Park in Coquitlam, British Columbia. The track was was designed and built in the late 1950s. The first race to be held on the track was a local event organized by the Oakville Light Car Club in June, 1961. Shortly thereafter, on June 35,…

Portland International Raceway is in Portland, Oregon. It is part of the Delta Park complex, just south of the Columbia River. It lies west of a light rail station. The track hosts ICSCC and SCCA and OMRRA road racing, the NASCAR K&N Pro Series West, and SCCA autocross events. Additionally, the PIR grounds are host to OBRA (Oregon Bicycle Racing Association) bicycling races on the track and the surrounding grounds. The facility includes a dragstrip and a motocross track. The road course is almos…

@oppositelock check my version of Thunderhill Raceway. That is what you want, right?

haha not a celebrity. A pain in the ass probably, however. Your track works fine, with a few major exceptions. Turns 7 and 4 are really odd. 4 needs a lot of smoothing, and 7 needs to lose segment 22 completely, IMHO. You also need to add another segment at the end or extend segment 44 to the start/finish line. A minor note, if it were me, and it is not, I would adjust the 0 start to the middle of the start/finish line and end it there. Currently you’re starting ahead of it. For a first …

@Pleb I’ve done Snetterton, I don’t think it was the 200 I did. Anyway, check it out, any feedback would be appreciated.

I’m back again with another BTCC circuit, this time the Snetterton Circuit. Situated by the A11, it is near Norfolk, England and derives its name from the nearby village of Snetterton. Again, it was originally an RAF airfield. It ceased operations in 1948, and shortly after, began hosting motorcycle races in 1953. The track was used by both Team Lotus (Formula One) and Norfolk Racing (Le Mans) to test their racing cars. In the 1960s and early 1970s the circuit was 2.7 miles in length. In October…

@ramthecowy any chance of a 1/8 mile an 1/4 mile willowbank raceway circuit and the full queensland raceway? It would be greatly appreciated I have tried and can’t get my head around making track I will still try to learn but.
http://qldraceways.com.au/qr/about-us/

@Darkshine5 Sorry for a slow response, I can of course try making this
EDIT: Of course, I’m not a native Aussie, so I have no clue of anything. I see that Willowbank Raceway is a quarter/eighth-mile drag strip, but I also get search results like this:

And the Qld Raceway is this one: 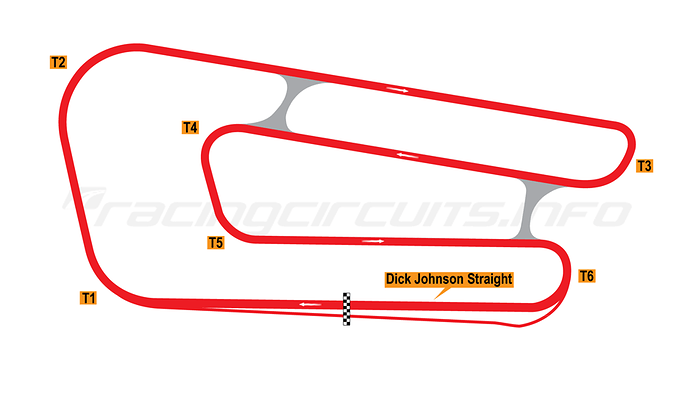 ok so willowbank dragstrip is a separate drag strip in the same complex. It is not directly part of QLD raceway.

and yep bottom pic is correct.

and finally you sir are a legend 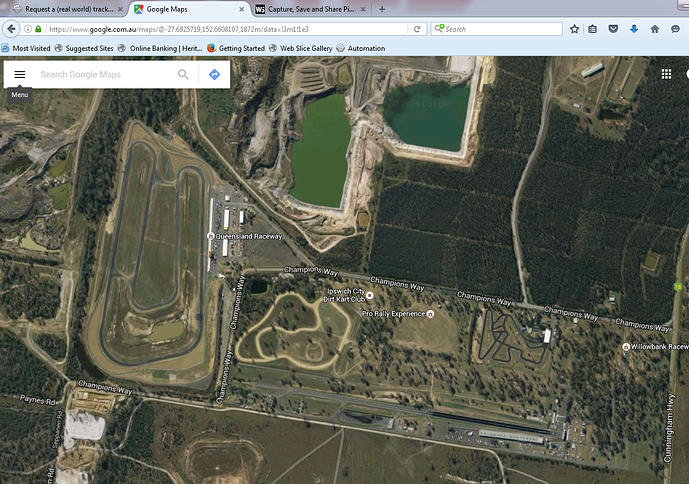 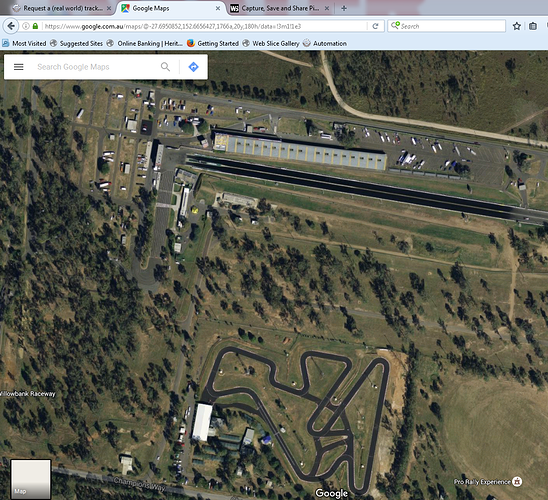 Edit: @ramthecowy yes correct, the dragstrip ends at the end of the dark road 1/4 mile

So let me confirm then.
This:

@TheTom I know it was a long time since you requested, but I have just finished Algarve. It still needs one more update, but I wanted to let you know.

The Autódromo Internacional do Algarve, located near the town of Portimão, opened to great fanfare in 2008, with high hopes of attracting a Formula One Grand Prix. Financial difficulties for the original owners have put paid to that lofty ambition for the team being, but the circuit nevertheless remains a widely used facility and is among the top motorsport venues in Portugal. While the circuit’s sporting calendar began to establish itself, behind the scenes the finances were beginning to unrave…

@07CobaltGirl so…ummm… I realised what I did just now. When I first came here, I was new and had no idea what I was doing. Now I’m not so much.

sorry for hijacking your thread, I hope you didn’t mind me taking over your job

Oh, not at all!! In fact, this thread was for the community. I started it with lots of time to get tracks done, and then things changed. I’m actually very glad somebody picked up the slack and fulfilled the track requests. Please, continue on!!

Then thank you for permitting me to pass!
@07CobaltGirl if there is one thing I would ask of you, could you update the main post with the list of all the tracks requested or somehow set it up so that I can, if that wouldn’t be too much to ask?

I can if you make a list here for me to update without going through all of the posts! I can’t give access to edit my posts to someone else. Only moderators can edit user posts they did not create.

I see. I’ll give that to you soon enough!