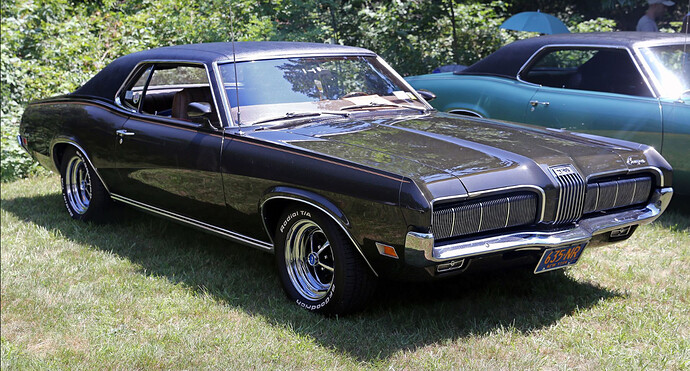 1968, Gasmea.
Walter Winthorpe is the wealthy owner of a successful car manufacturer, Winthorpe Motors, and wants to celebrate the coming of age of his only son, Anton, with a new model. Not just any model, he wants to give him the pony his son always wanted. It’s precisely 2 years until the birthday and the first car out of the production line will be the gift.

Because it’s for his only son, it can’t be a death trap like most out there in the market, special consideration has to taken while designing this car.

But this car is not only a gift and will also be a new production model and it wants to be the market segment leader there.

ET of 80 applies to both the car, and engine?

The total displayed on the last screen(Summary) of the car design:

I would very much appreciate an extension on the rules. Because as off right now it just seems way to wide.

(it was supposed to be funny, guys)
Affordabilily lowered to 70%

@SoccerMom SoccerMom2h
I would very much appreciate an extension on the rules. Because as off right now it just seems way to wide.

I’m trying to leave as much room for creativity as possible. Basically the constraints are leading to a design that works in the Automation Game, looks nice and appropriate to the theme, and that is also a decent drivable car in beamNG. Where you would like to see more constraints?

unless Nev or Strop also volunteer, you’re it

I meant some restrictions on how large the engines are allowed to be. But if it’s as open as possible then I guess you’re allowed to make whatever engine that fits the “Pony car” segment.

Is there a logo for Winthorpe we should be using? I’m assuming we’d still giving the car our own model name.

(this means you can make your own)
And yes, the car name will be Winthorpe {your model name} {your trim name}

Whatever layout you want. Just no turbos or race parts(exhaust or fuel)

Must the cars run on regular leaded (92 RON) exclusively, or will you allow the use of super leaded (98 RON)?

Must the cars run on regular leaded (92 RON) exclusively, or will you allow the use of super leaded (98 RON)?

Super is also allowed, but I think that will drive your automation ratings down.

I managed 73 easy on my test build without optimizations and I just saw yesterday someone with >70% getting a 175 on competitiveness. It’s pony, so it’s not supposed to be that expensive either.

I can confirm it’s doable! I even managed to make an acceptable car at 75%, although that was really difficult.

So, i only build for SMC but assuming SMC built the car and sold the idea to Winthrope is that acceptable as i created SMC for all my challenge / competitions and they are theretically a small buisness only produces a hand full of cars but sells the licence or Trade mark to the bigger corpate industries as they done have a big enough workshop and dont intend to mass produce cars.

I’m sure if it’s the right car, that Winthorpe Motors won’t mind selling it under some licence from SMC under the Winthorpe brand.