A “loose” replica of the record-breaking SSC Tuatara. I had to go through several iterations and two whole prototypes to get everything dialed in.

Some of the challenges along the way and I how I overcame them. 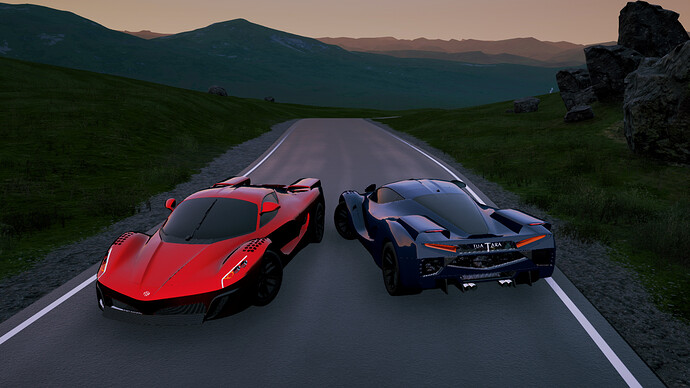 Planning on adding a third prototype (in white - complete the trio

felt like dying and suffering so i made Dodge Neon 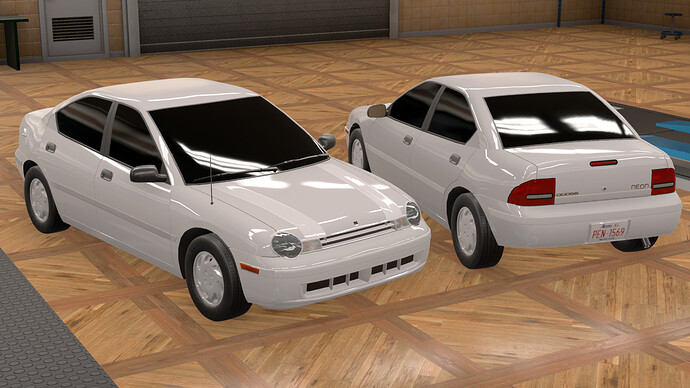 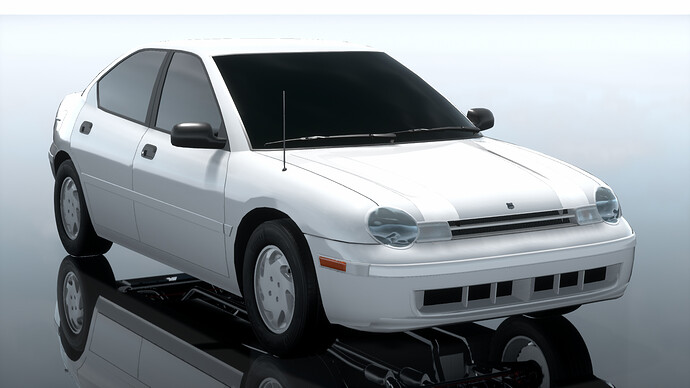 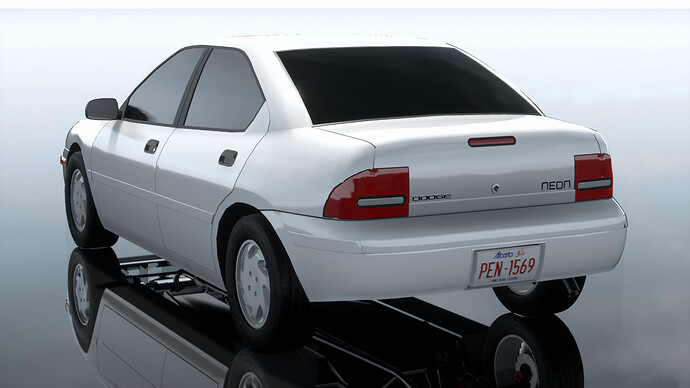 Please post the car file. I want to take a closer look at it.

A (not 100% accurate) replica of my real car.
performance is decently realistic, havent touched the game in awhile so the looks arent perfect 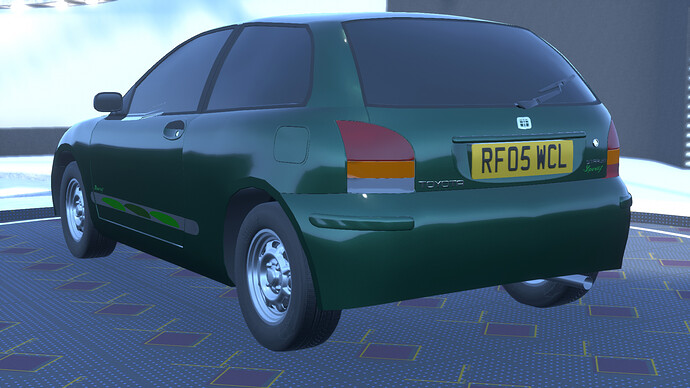 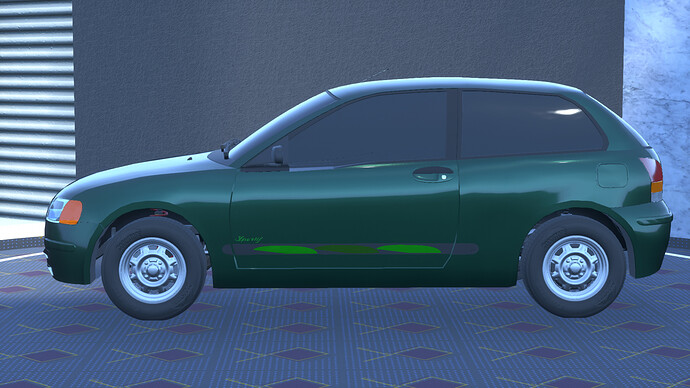 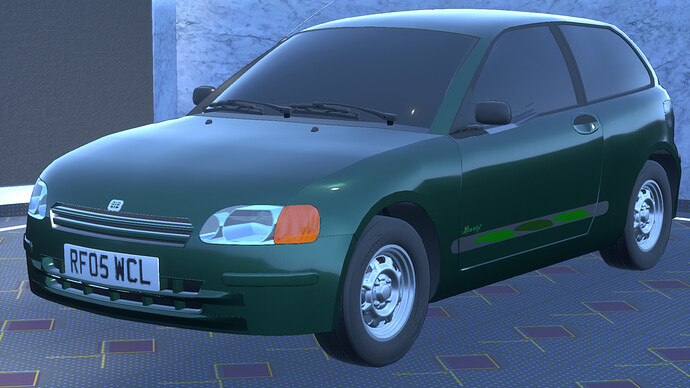 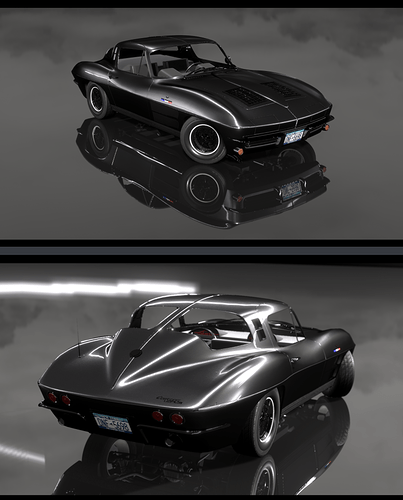 Don’t be afraid to post your average works. That’s how community and skill is built. Open a personal topic and post your works!

Oh no. I just joined yesterday and this is the first car I made when my forum account was activated, so I will be posting more soon! ^^ 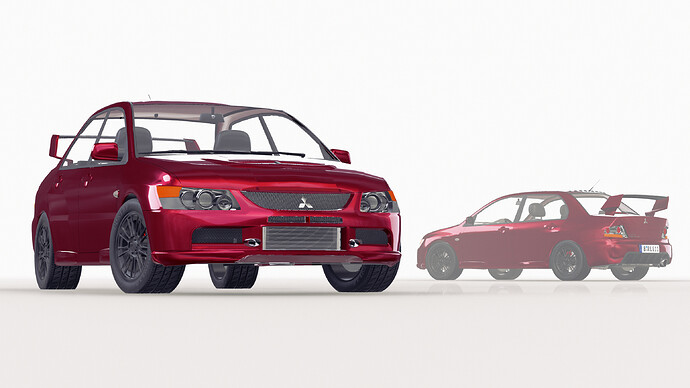 'guess I also have a BeamNG export with a better turbo but I don’t think this is the place to share that
well then slap on them files to enhance your experience: Wannabe Lancer.zip (14.8 KB) 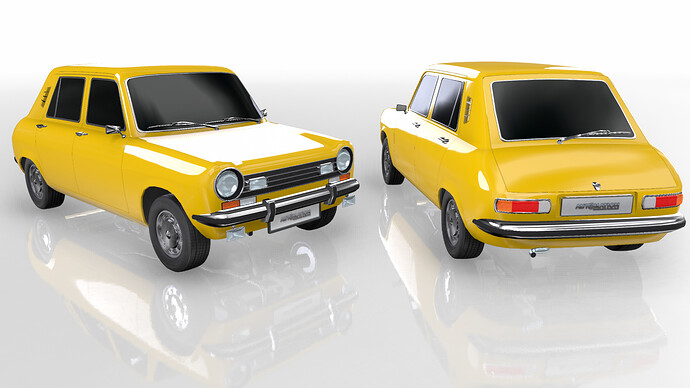 Quite nice! Though you forgot the chrome strip on the sides and the gas hatch. And the car only had one mirror IIRC.

you’re right, i put the car together in a hurry to test the body 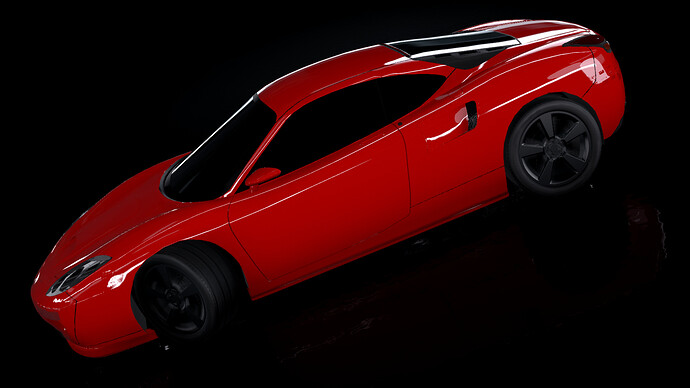 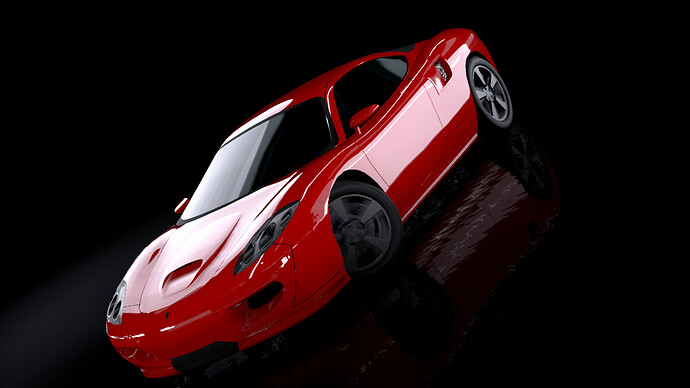 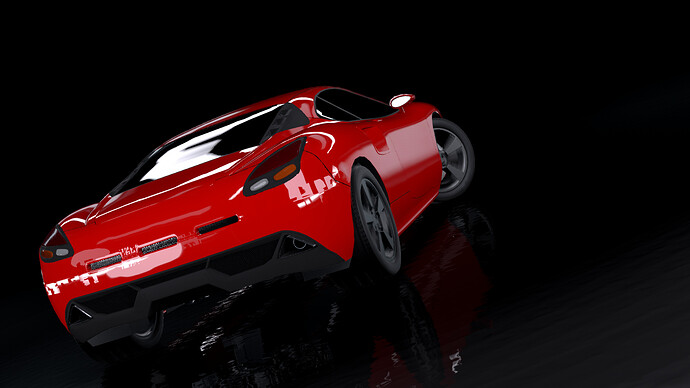 Ah, yes, the Soldat Meltfire - one of my favorite cars from Ridge Racer 6/7 (which were released on Xbox 360 and PlayStation 3, respectively - the two have so much content in common that the latter may well have been a port of the former). Sadly, RR7 turned out to be the last genuinely good (great?) game in the series, which is now in limbo apart from a few spin-offs on mobile platforms - but it’s not over until Namco explicitly tells us it’s over.

By the way, according to Ridge Racer lore, the Meltfire was most likely the replacement for the Rivelta Mercurio from the fifth game - right down to being developed by the same team of engineers.

Sadly, RR7 turned out to be the last genuinely good (great?) game in the series, which is now in limbo apart from a few spin-offs on mobile platforms - but it’s not over until Namco explicitly tells us it’s over.

Yeah, I also feel like Ridge Racer Unbounded was probably the one that really killed the series in general. Still hoping for a new Ridge Racer game that does stick with its routes of fast-paced gameplay.

This is a slightly off-proportioned Gnade Esperanza. May I join the Ridge Racer gang pls 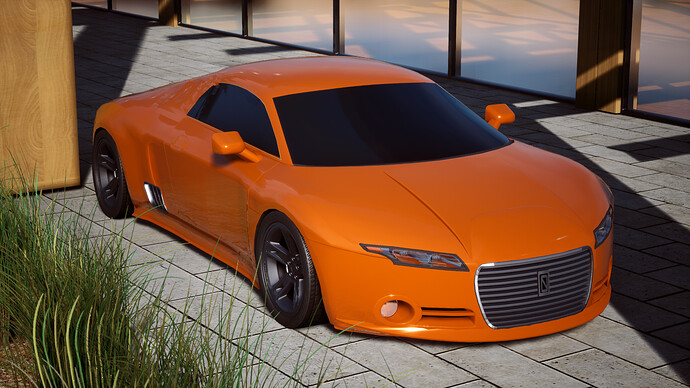 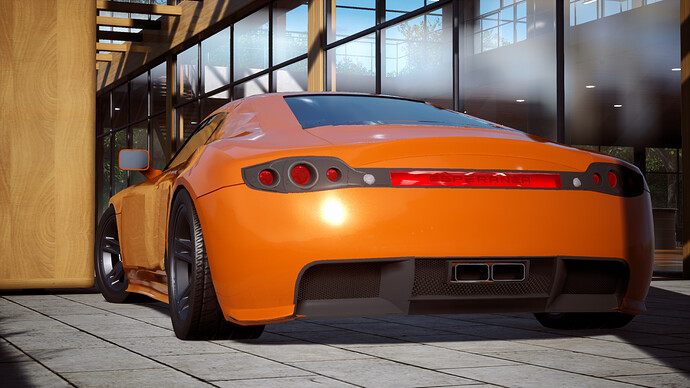 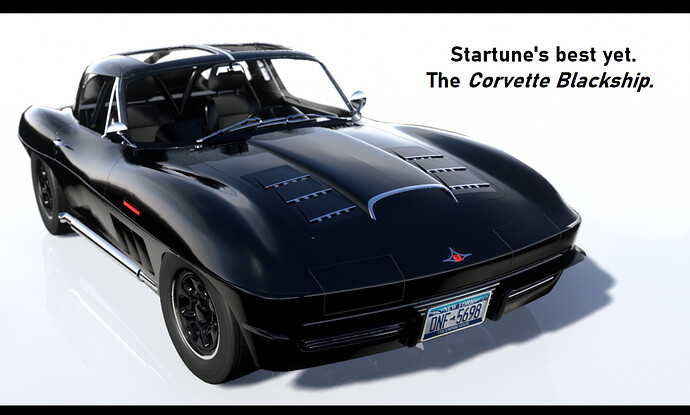 til what that body shape was supposed to be.