A car for the New Man

One Orlando Giovannone opened a machine tool shop in his native Arpino after being discharged as mechanic to the Corpo Aeronautico Militare in 1923. Orlando quickly gained an interest and a passion for the automobile and next to servicing, started working on body work as well. A interest turned into a full time job and the Compagnia Carrozzeria Orlando, CCO, was born.

A small factory for production under licence was built and started production in 1931. By 1936 a first fully designed and built CCO car was produced. This first car, and the post-war “Arpino” model, were soon considered as a car for the “new man”, the first in his family to be able to afford moderate luxury products.

Anecdote tells that the rebranding to the name Cicero happened after a misunderstanding of the CCO name by the wife of a brother of a friend of Orlando back in 1953. The sound association between CCO and Cicero, as well as Marcus Tullius being the historical archetype of the homo novus charmed the old Orlando to such extent that he renamed the company thus just before his retirement. The badging of the Cicero cars up to this day still indicates “CCO”.

Cicero as a modern Italian company with strong export presence has a varied line-up, from mini-compact city cars, over the omnipresent crossovers and SUVs to the occasional sports or premium car.

The 2019 line-up will be presented below:

Historical collection may be available at local showrooms:

None in stock right now

The BeamNG file will be made available upon request in this thread or by PM. Please indicate the exact model, trim, engine, colour, etc…

Enjoy your drive. Start up your Cicero. Be a New Man.

The Arpino is the mini-compact class of Cicero and is available with two three-cylinder gasoline engines or as an electric vehicle.

The “Standard Export” engine trim is the base Cicero model. Although mainly aimed at export to North-Africa and Asia, the SE is still a nippy city car with basic but comfortable interior, and an economical but extremely sturdy little engine. This 1 litre unit is designed for easy maintenance and cost-free service. Coupled to a manual 5-speed gearbox, the 1000SE will get you around and between towns starting from 10,250 EUR. 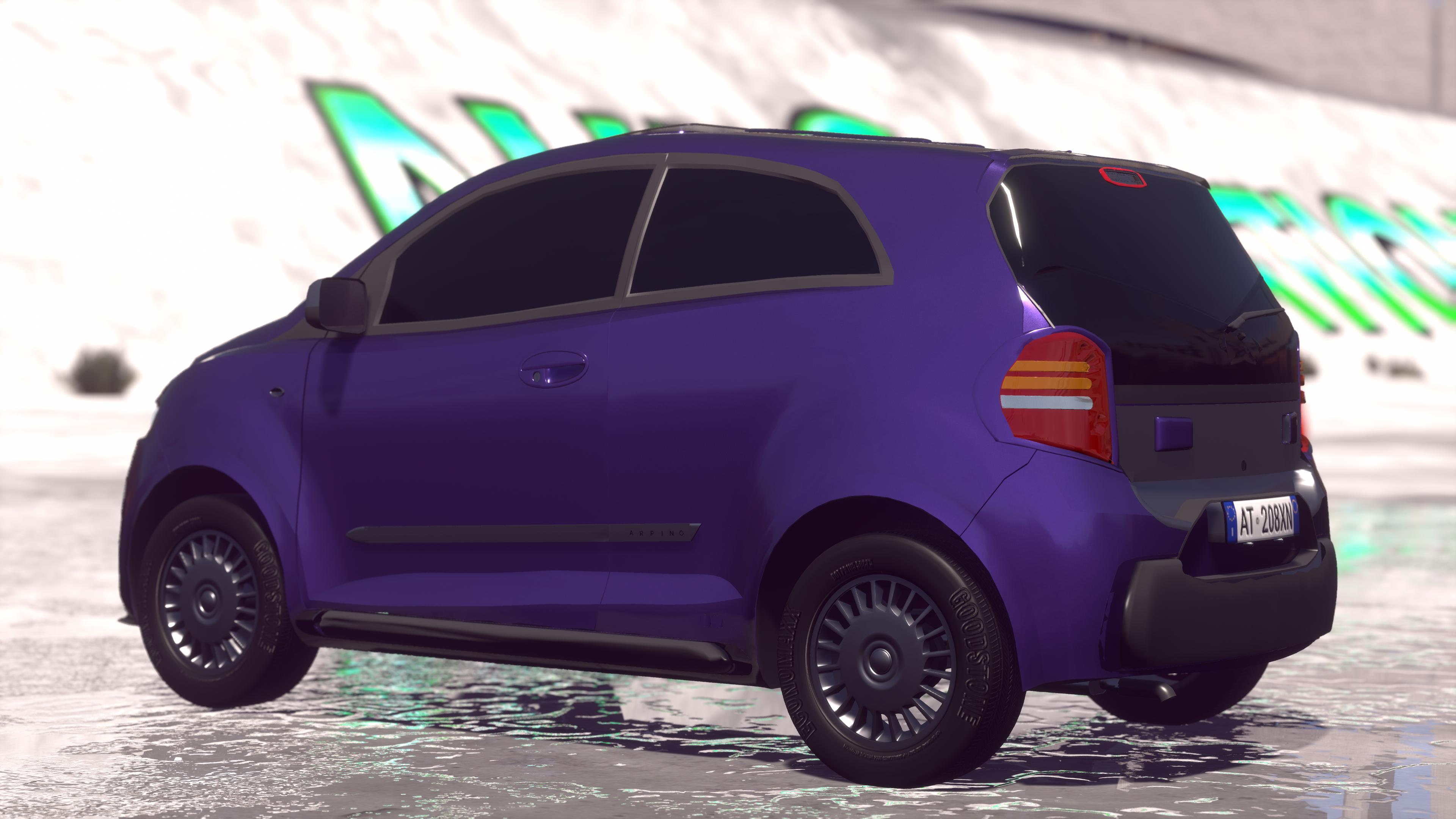 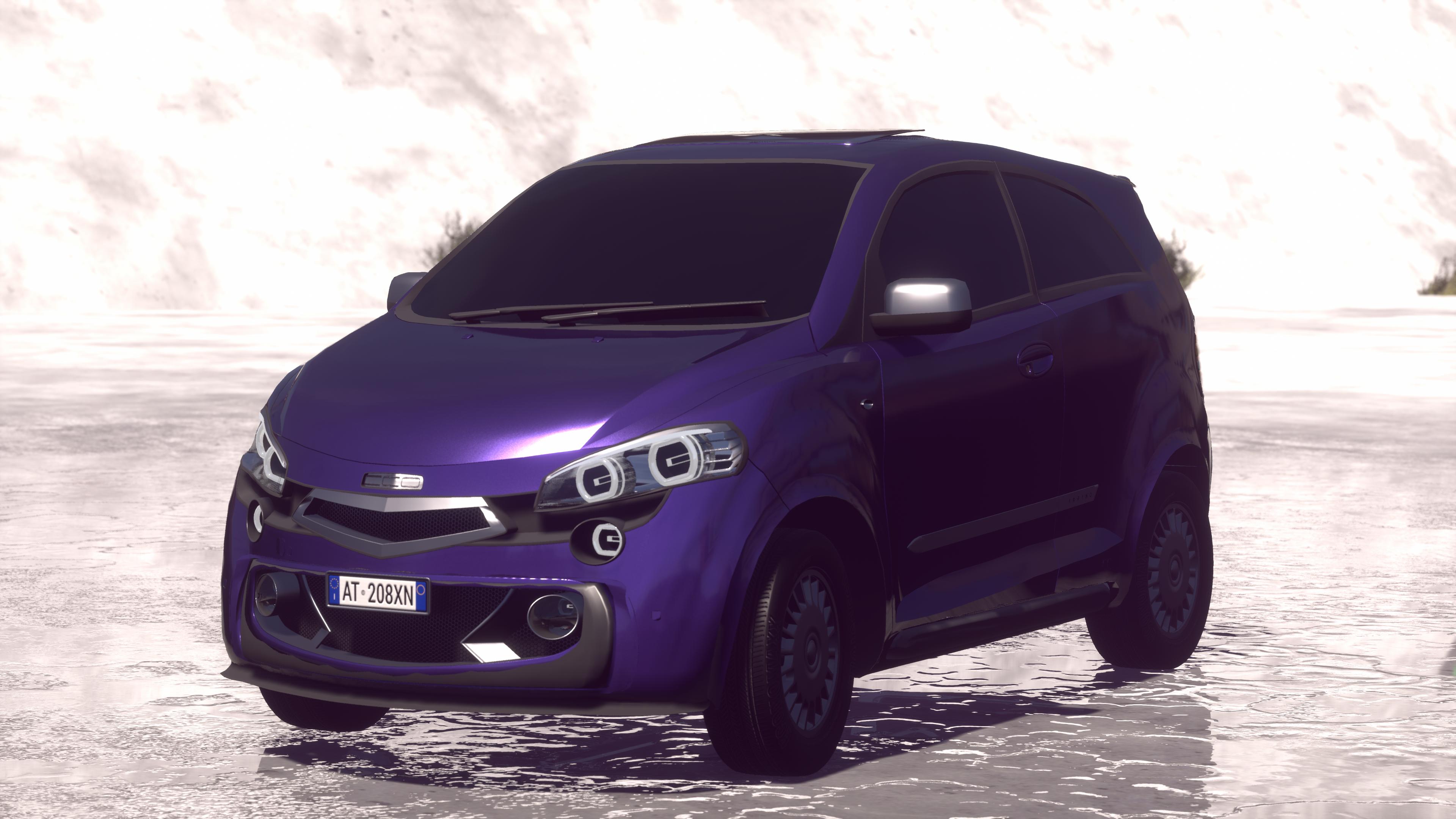 The “Turbo Factory” engine trim is our 1 litre unit enhanced with a modern turbo-charger for increased power and efficiency. New for the 2019 Arpino is the standard six-speed automatic gearbox, allowing an improved city driving experience, fine-tuned to ensure optimal fuel economy. Prices start at 12,950 EUR. 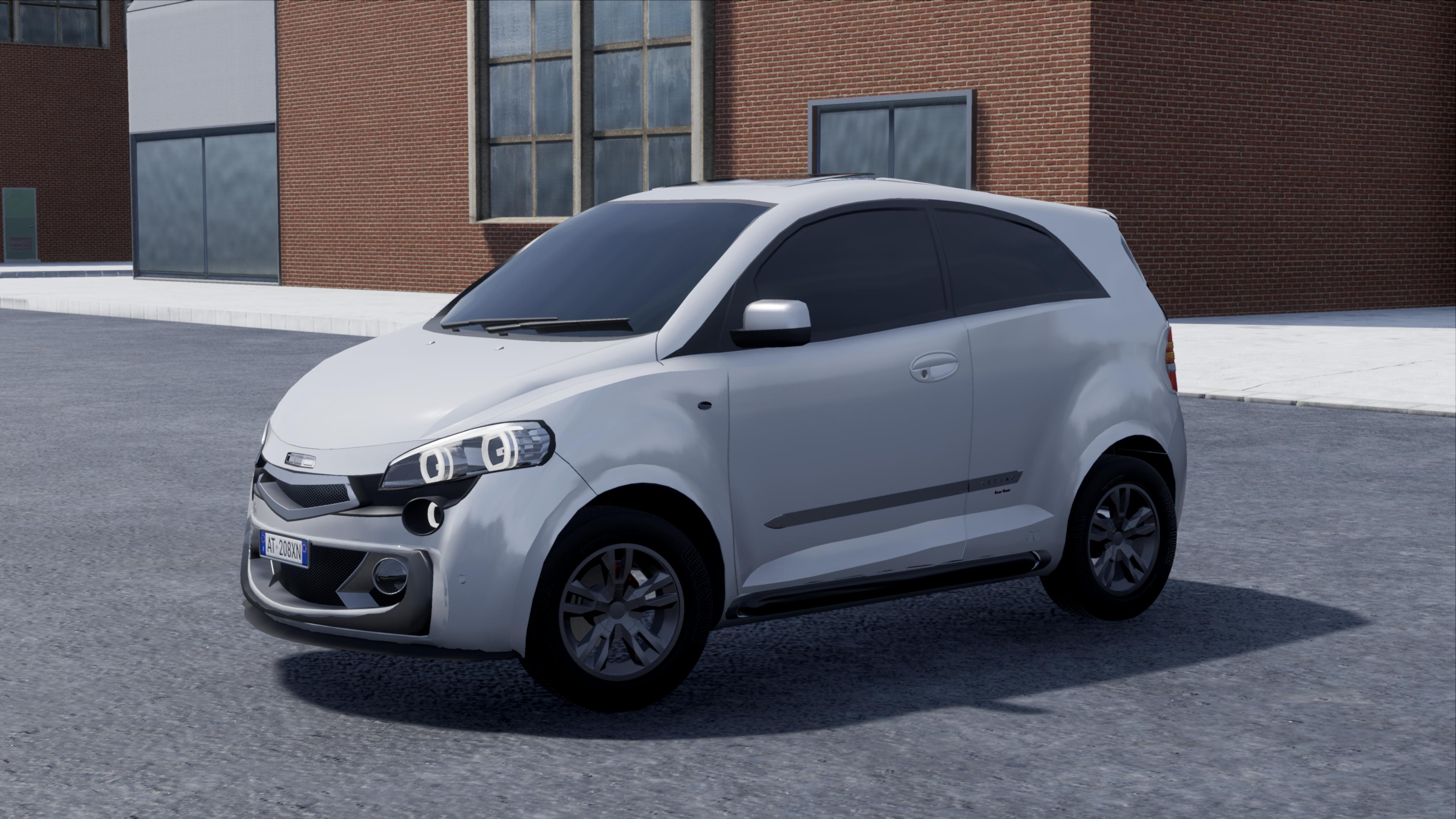 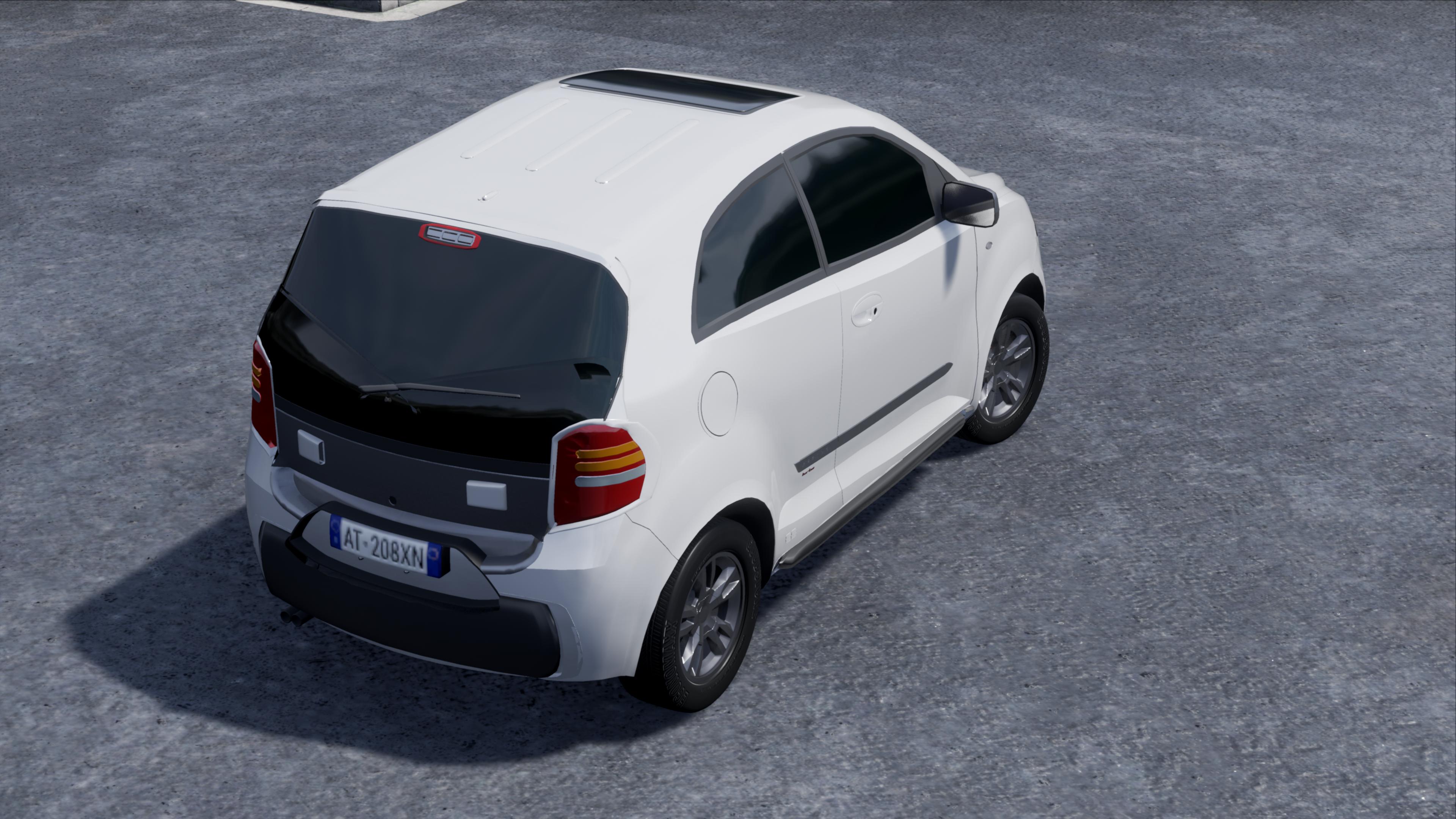 Finally, the Viribus, the city car of the futuren today. Immediately recognizable with its subtly differently styled front and rear, and by the specially designed Tyrelli e-tires, the Viribus is powered by an electric motor between the front wheels and a battery under the passenger compartment and boot. With a guaranteed 160km radius in city traffic, the Viribus is the wallet-friendly green car of choice for the new man. Available from 19,425 EUR. 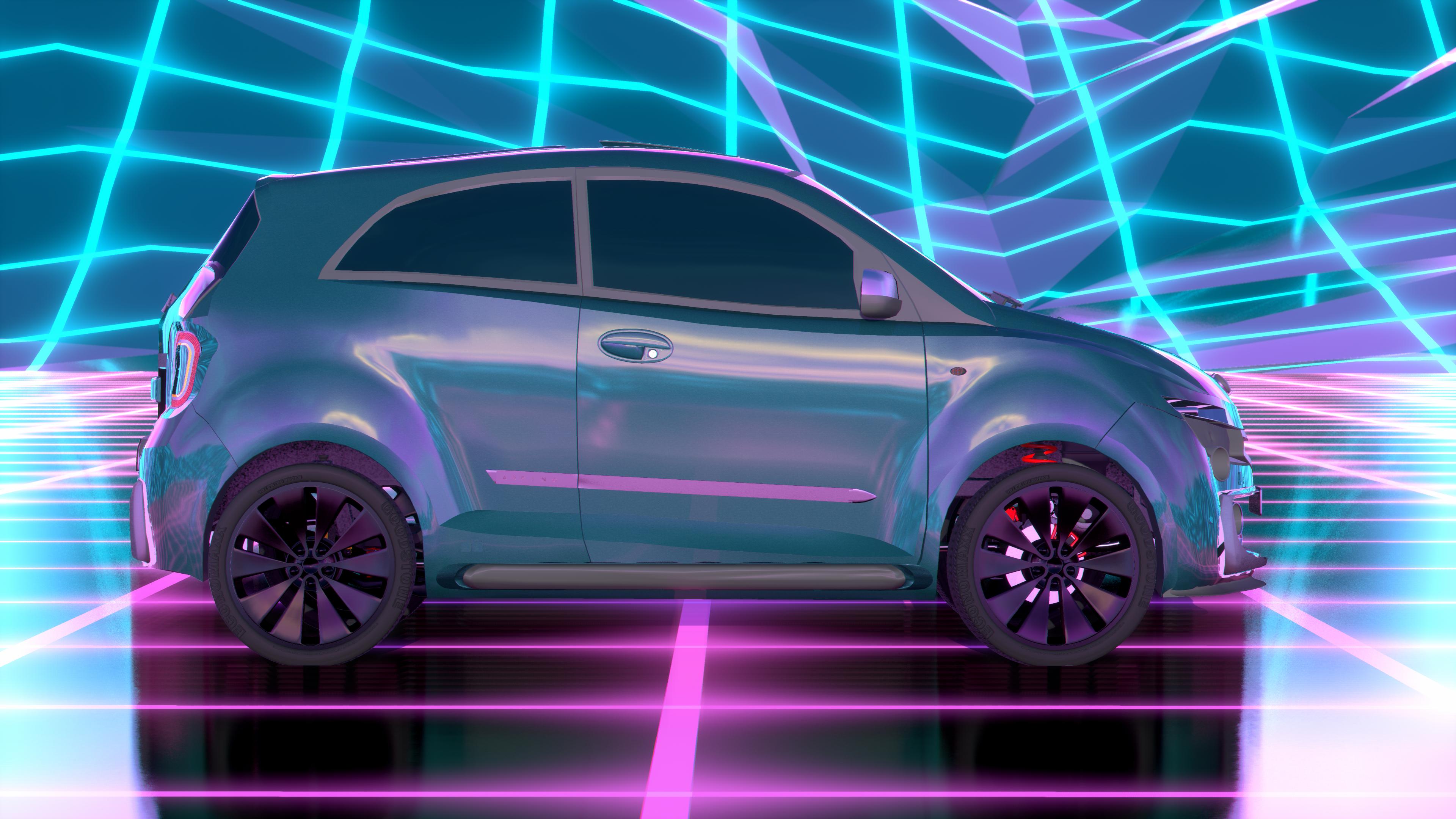 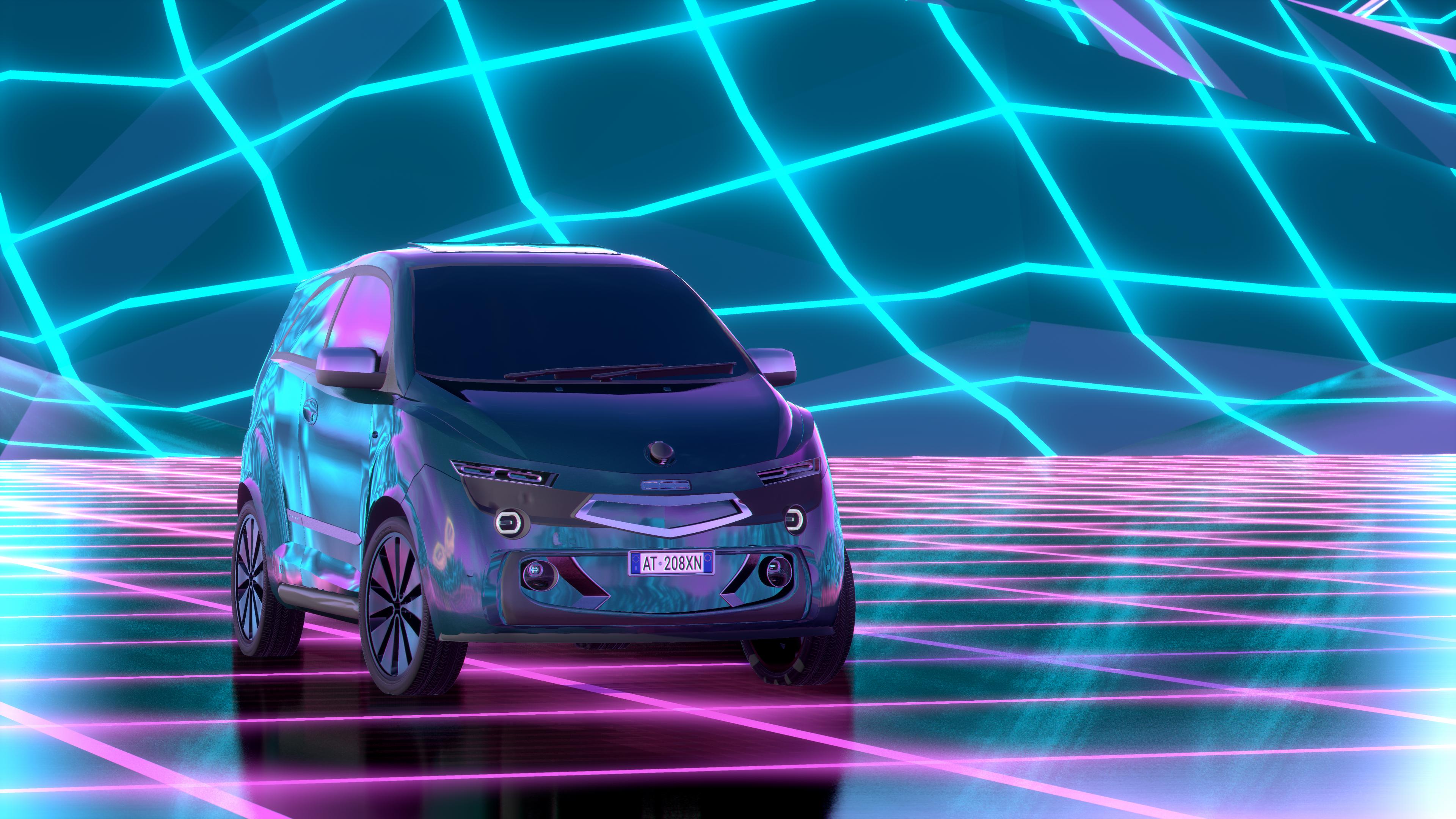 Promotional highway run of the Viribus

Not sure why the embedded video sometimes stops working. The title above is a link to streamable to see, and most importantly hear, the Viribus.

The Arpino is definitely one of the better-looking modern city cars I’ve seen on this forum. A baby hot hatch version, with stickier tyres, a sharper suspension tune, and (preferably) a manual gearbox, would definitely be a legitimate rival to the Up GTI - but if it were ever to be made, it should share most (all?) of the brighter color options with lesser trims. As it is, though, I would be happy to settle for a TF auto with 10-spoke wheels and colour-coded mirrors in a bright color such as Cicero Purple Metallic, Orangino or Lime Green. And since we can’t make a pure EV in Automation, what engine did you put in the Viribus to simulate an EV?

The Arpino is definitely one of the better-looking modern city cars I’ve seen on this forum.

Probably not fully true, but the compliment is well received as this is my first attempt at making a modern car.

A baby hot hatch version, with stickier tyres, a sharper suspension tune, and (preferably) a manual gearbox, would definitely be a legitimate rival to the Up GTI - but if it were ever to be made, it should share most (all?) of the brighter color options with lesser trims. As it is, though, I would be happy to settle for a TF auto with 10-spoke wheels and colour-coded mirrors in a bright color such as Cicero Purple Metallic, Orangino or Lime Green.

That would be a PMI tuned version, I could make one. But it does sound like you’ll like the Cato, or at least one of its trims. A sneak preview can be seen here under n° 603: 2020 Great Gasmean Hill Climb - Preliminary 2 (restomod and heavy weights)

And since we can’t make a pure EV in Automation, what engine did you put in the Viribus to simulate an EV?

Generally I would make a boxer engine, as torquey and heavy as I can. However, this did not fit, so I just used the NA 1000cc, and the rest is notepad magic. This includes running lights, adapted head lights, visible difference between brake lights and tail lights, and a third brake light that only lights up on braking.

Diesel engines (fully made in Beam, but modded sound) and Hybrids are next on my to do list.

Is there still really a market for mini city car "GTi"s though?

The Cato, the sub-compact, is almost ready and will feature a proper hot hatch version. But PMI and CLR, the holding and in-house sports brand respectively, could envision a very limited batch of Cicero Arpino CLR, with a bored our version of that three cylinder and a bigger turbo.

The market has spoken, and a limit number of the Cicero Arpino CLR 3T are in production.

The CLR 3T is a limited edition version of the Arpino with the standard three cylinder engine bored out and tuned by PMI Racing&Tuning, and with car and suspension tuned by CLR, the in-house performance division. The little Arpino has received more aggressive front and rear bumpers, stands on sports suspension, has improved brakes and runs on gripper tires with 16" rims (compared to the 14" base version). The CLR 3T is only available on special order, and can be outfitted with a 6-speed manual or a 6-speed DCT automatic. We took the factory manual six-speed around our test track in 02:29.392. 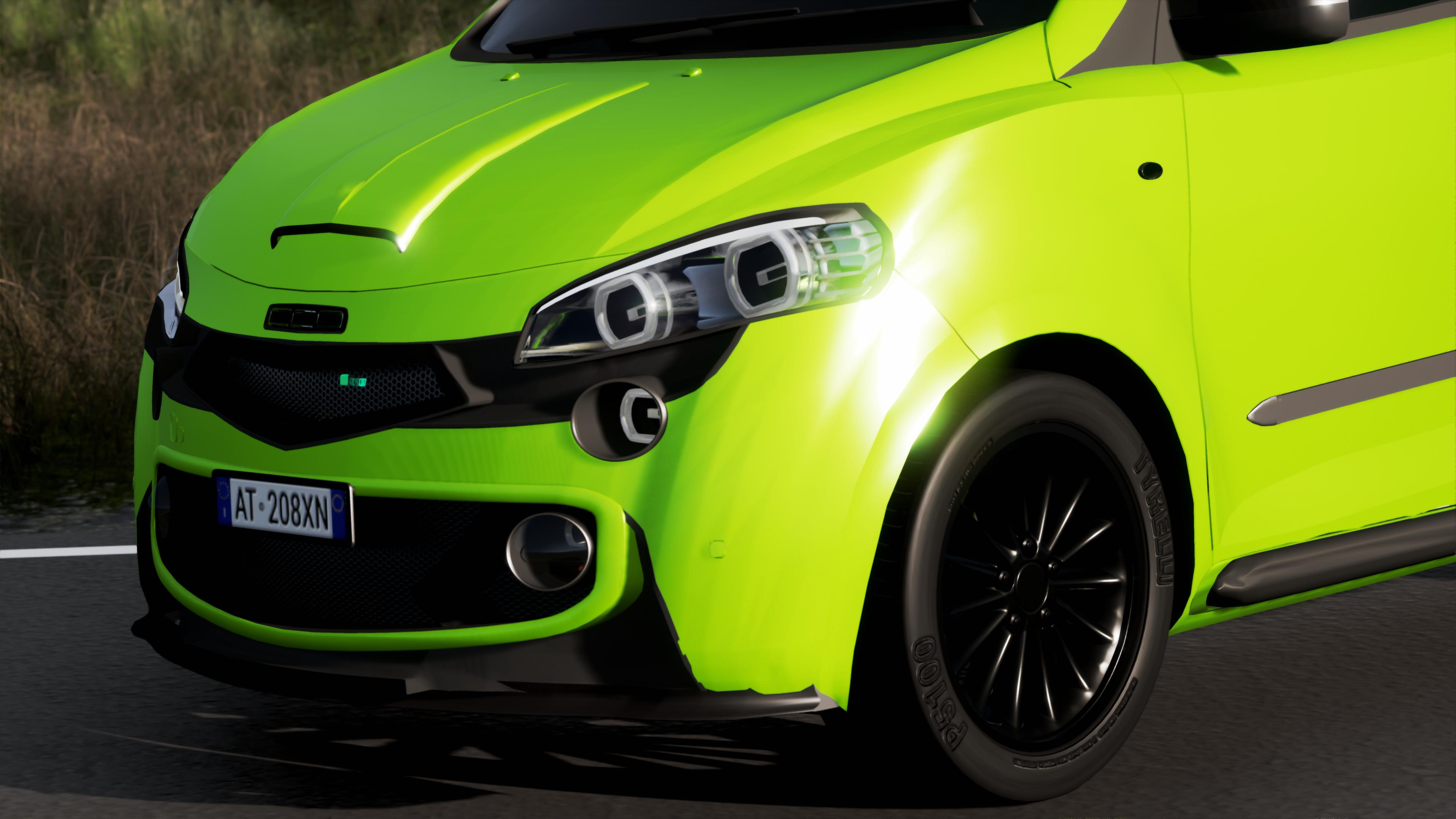 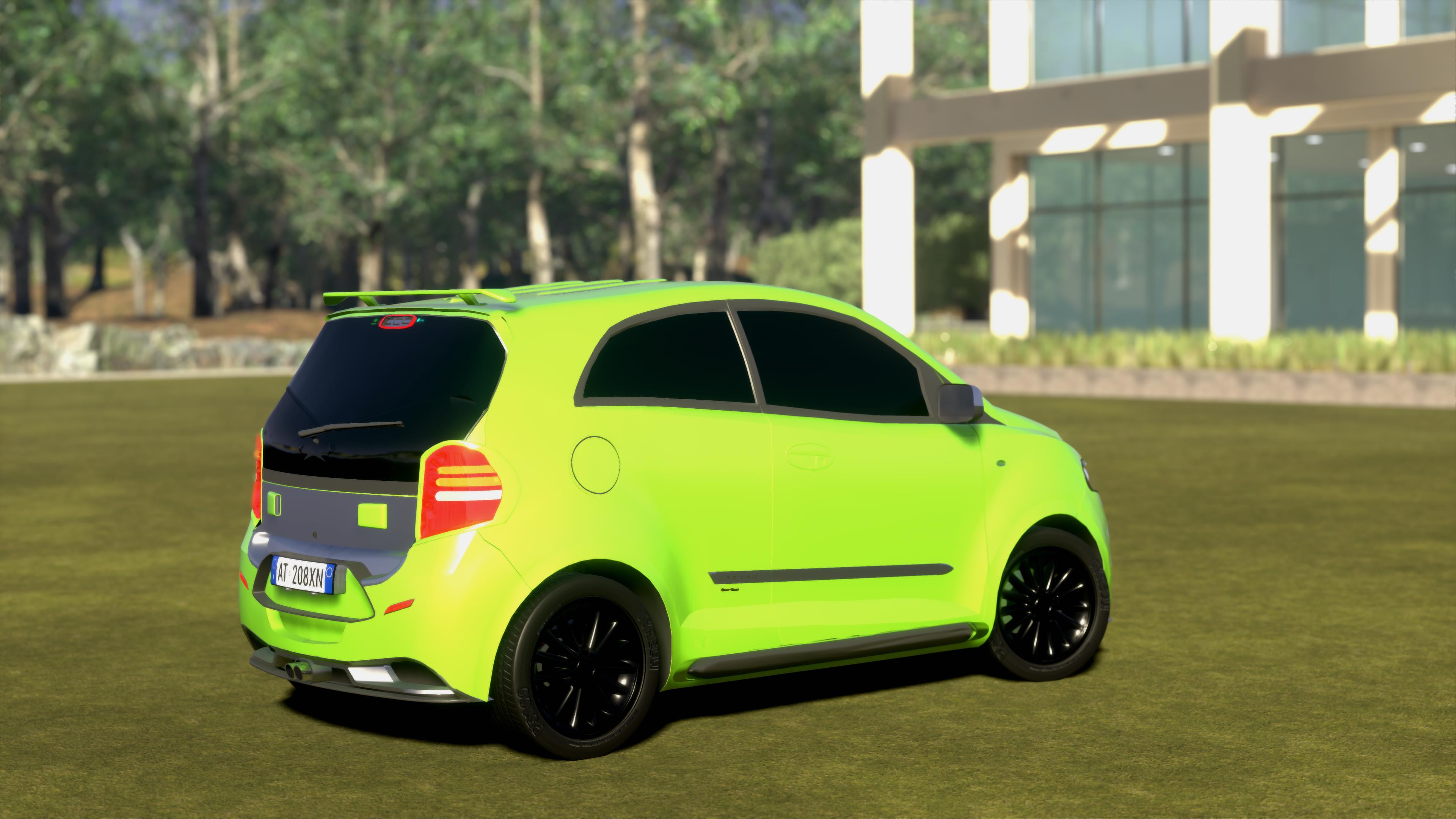 On the streets of Italy: 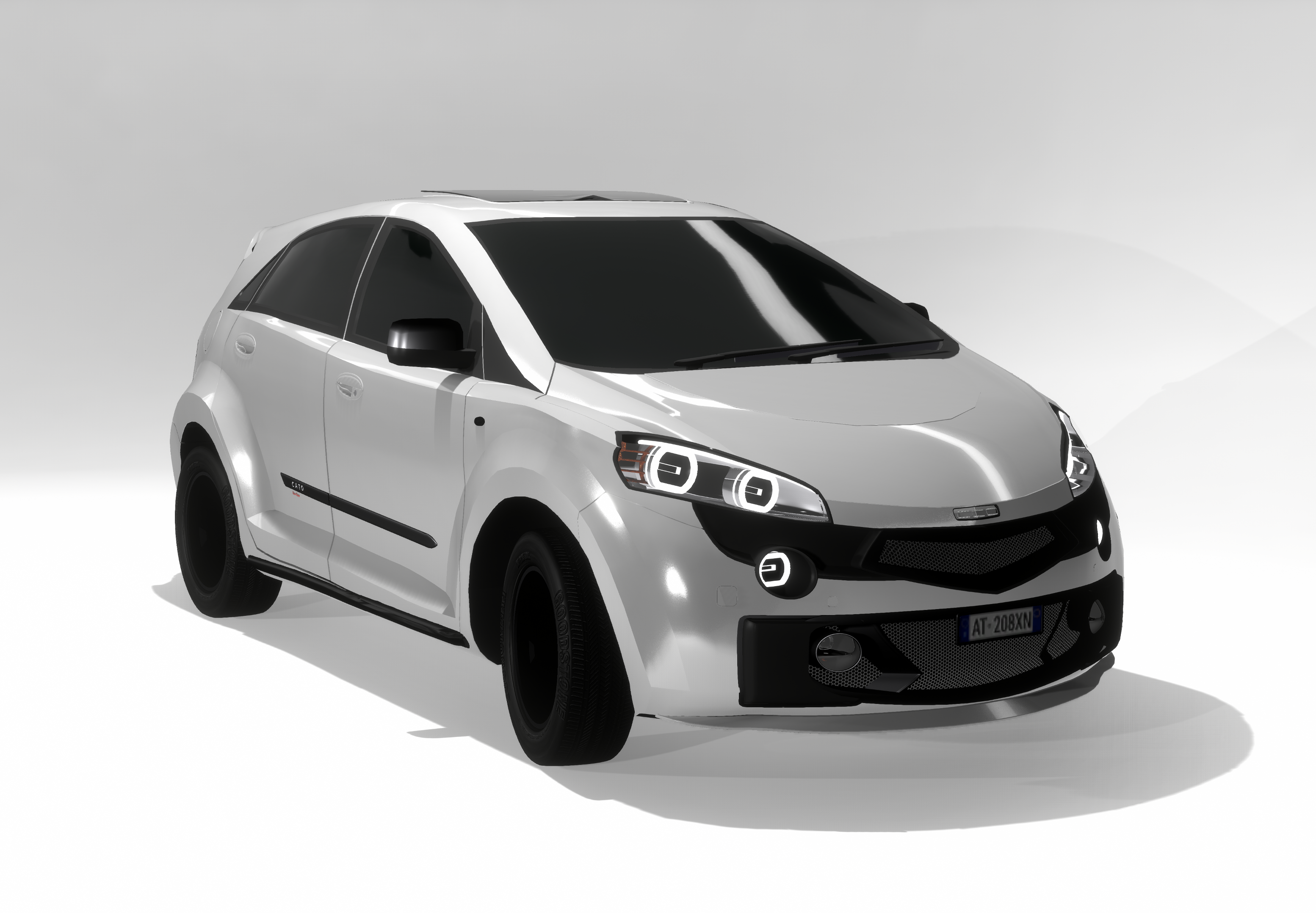 The Cato is a five-door sub-compact class of Cicero and is available with a selection of 3 gasoline engines, 2 diesel engines, and a CLR performance version. Prices start at 18160 EUR for the base models (Cicero Cato 1500 SE and 1600 TDi). 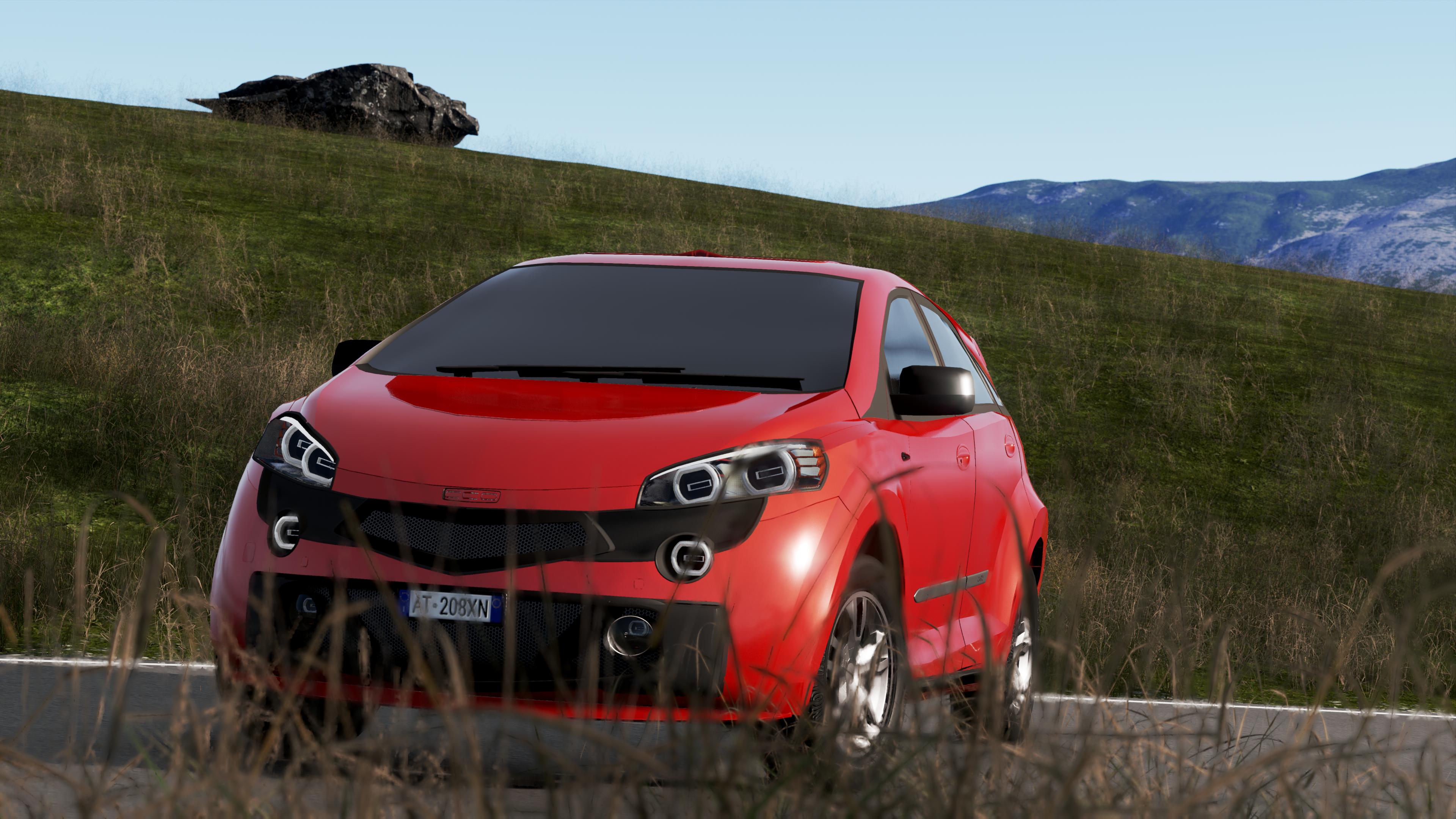 Road testing by independent, regular people showed high appreciation for the quietness of the engines, including the diesel engines, and the high drivability of the Cicero 7-speed automatic gearbox. Our reviewers were also impressed by the extremely economic engines, including up to 2,8l/100km / 84mpg(US) during city cruising speeds by the Cato 1600 TDi, and 3,9l/100km / 60,3mpg(US) on the highway by a Cato 1500 TFS (with the S indicating the sports package).

Powered by the 265 horsepower CLR-tuned 2 litre inline-5 engine, the Cato CLR 5T has received looks, brakes and suspension to match. The CLR 5T can be driven comfortably and economically on a daily basis, but if one wants to push the throttle, this Cato proves to be heaps of fun, all while being accompanied by the orchestra that is a high-revving 5-cylinder turbo-charged engine. 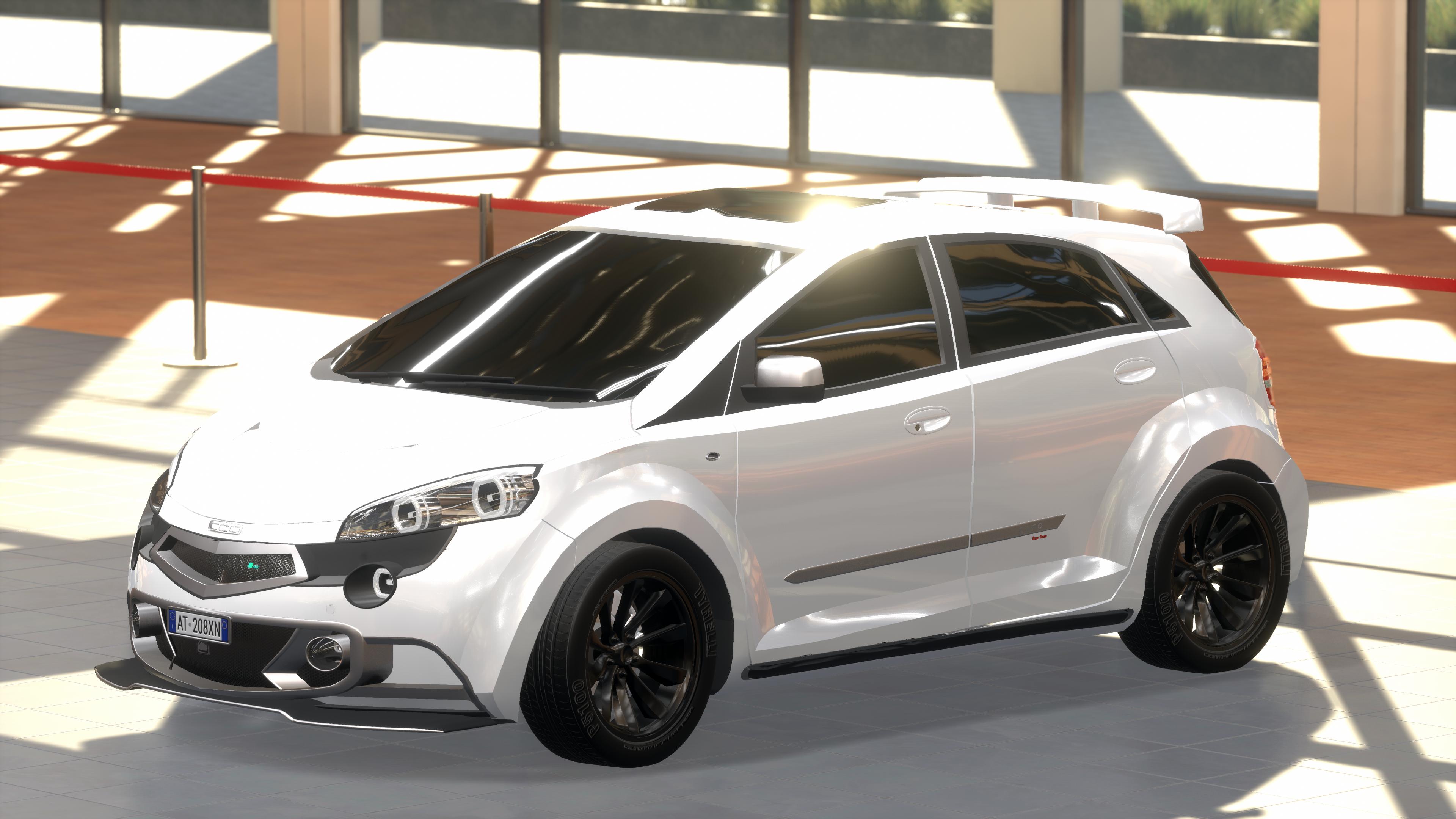 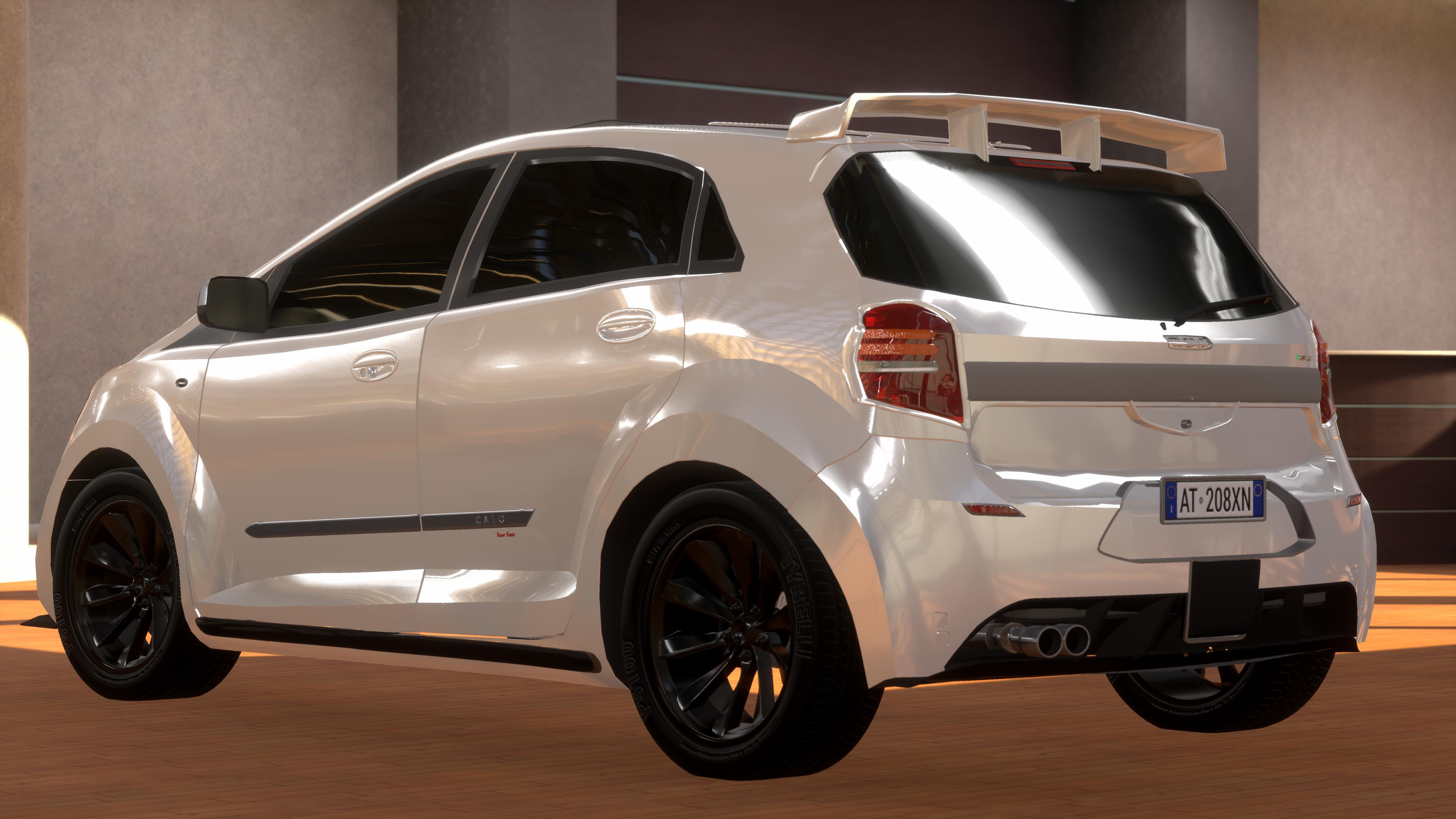 A small forage into history

One of the very first surviving cars that Compagnia Carrozzeria Orlando, CCO (known after 1953 as Cicero) produced, was a 1928 Eleganza Straight Eight Gran Torino. The car assembled on request of a local noble and served for the estate until the mid-30s when it was put in a barn and amazingly survived well-enough for full restoration. 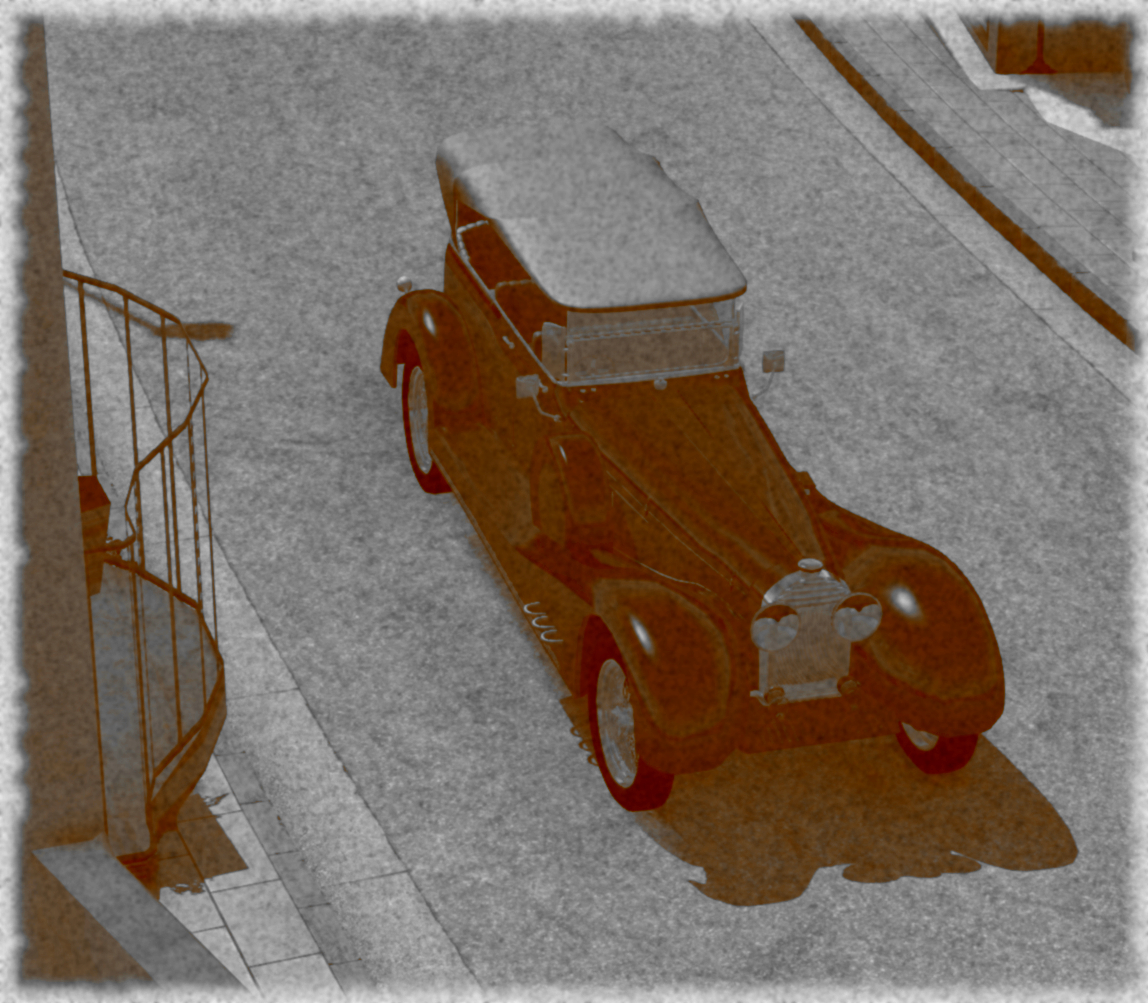 The Eleganza Straight Eight did feature a few elements that were CCO-designed and produced, such as the mirrors, grill, mechanics step-ups and lights. The chassis, engine, interior and body panels were provided by Eleganza. The straight eight engine was a 5 litre powerplant producing almost 105 horsepower. It was enough to allow this 2 ton Eleganza to travel constantly at 90 km/h for relatively large distance with reasonable fuel economy. 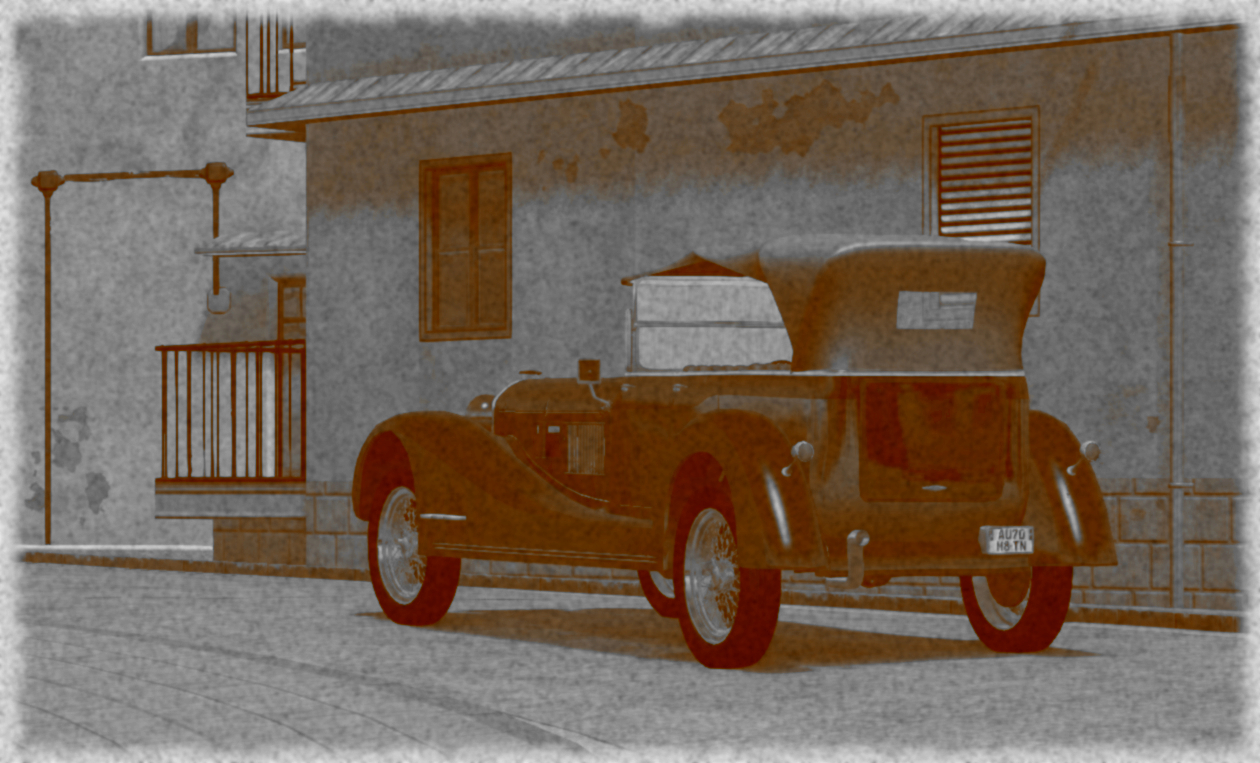 The Tiro is a five-door crossover SUB of Cicero and is available with a selection of 3 gasoline engines, 2 diesel engines, and a CLR performance version. Prices start at 21099 EUR for the base models (Cicero Tiro TF). 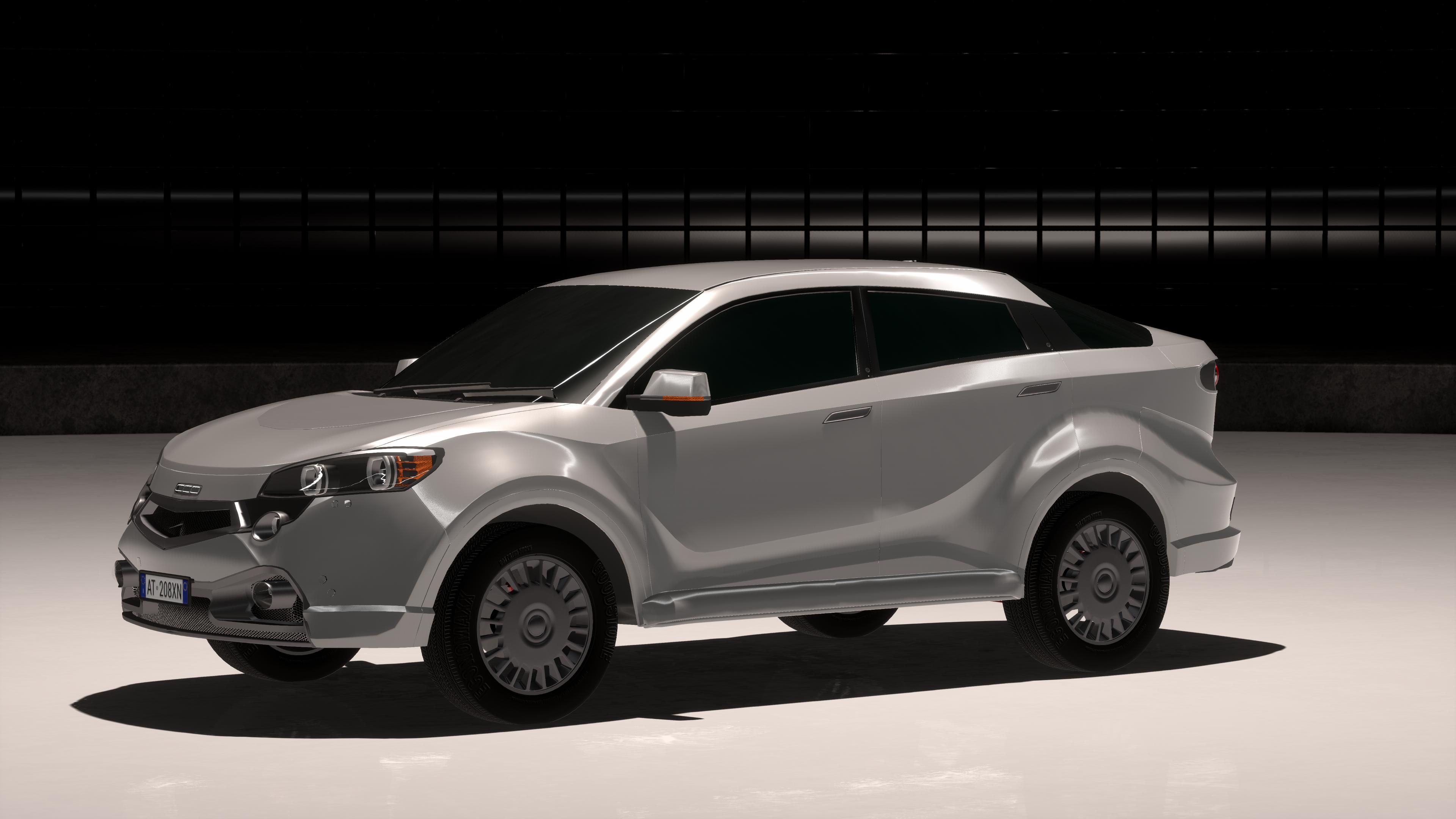 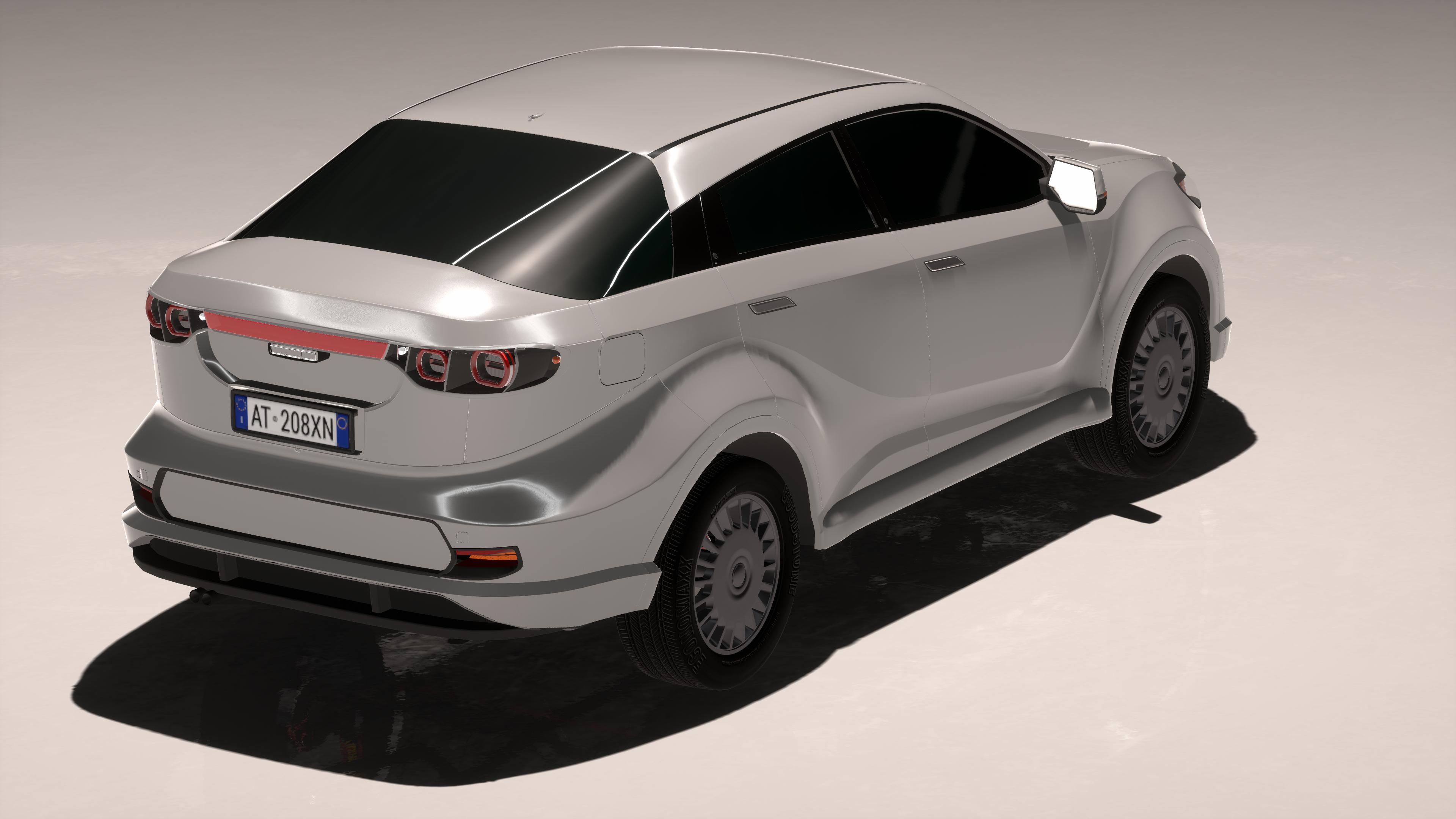 Spacious, economical and with high safety ratings, the Tiro is your preferred family crossover, offering you extra ground-clearance and a choice between economic two-wheel drive or highly-rugged and safe all-wheel drive models. The Tiro is perfect for your city or highway commute during the week, and the getaway to the countryside in the weekend. 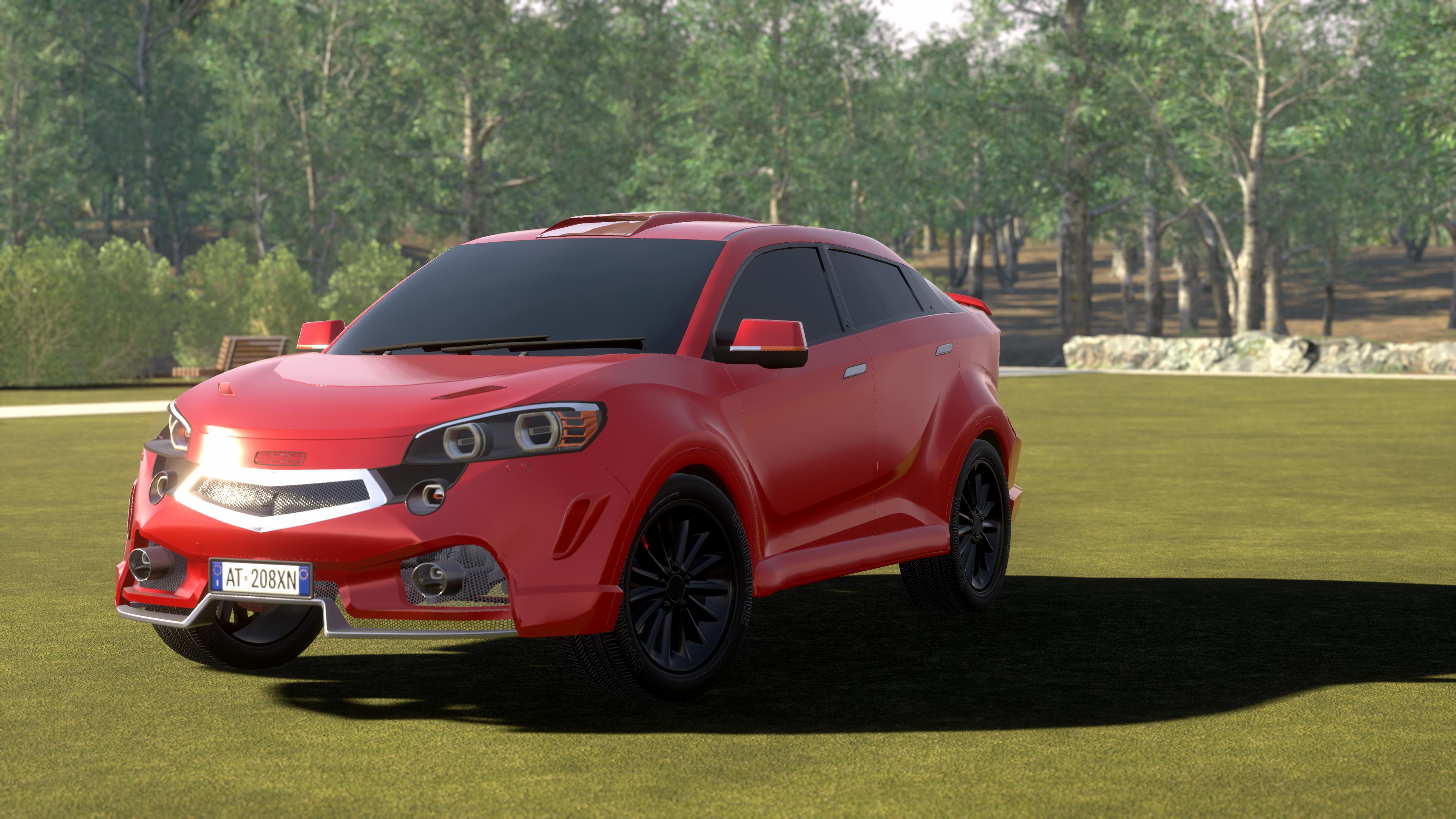 Powered an impressive 2155cc inline-5 producing 335 horsepower, the Tiro CLR 5TR is the top of the line performance model. The CLR 5TR can be driven comfortably and economically on a daily basis, but if one wants to push the throttle, this Tiro is ready for the track. The body style is available with the other engine as well, the suspension, brakes, tuning and sounds is not - and those are frankly priceless. 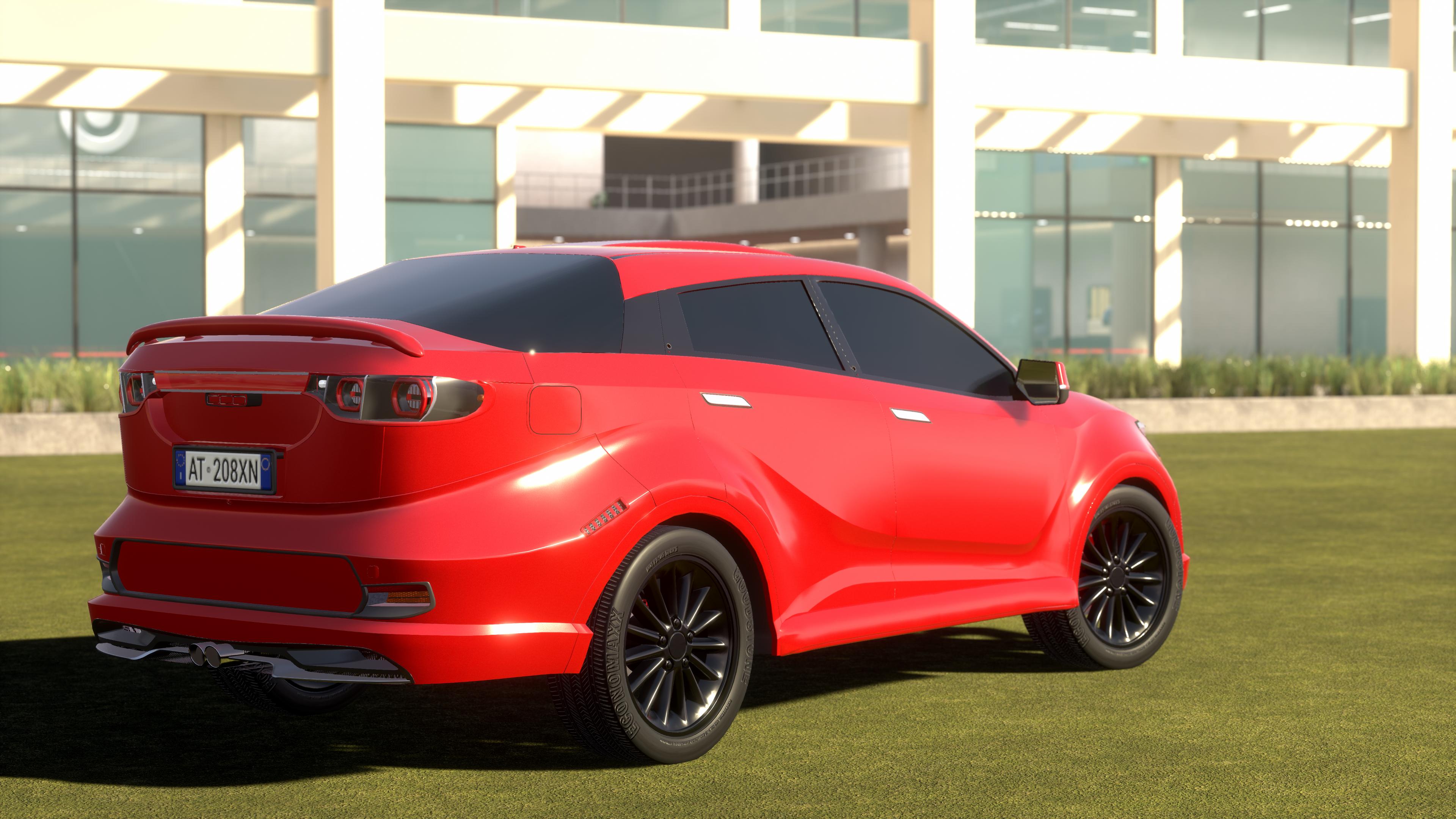