Welcome to China, more precisely Hong Kong. With over 7.4 million people of various nationalities living inside a 1,104 square-kilometer territory, Hong Kong is one of the most densely populated places in the world. And somewhere in there, lives Kwong. In North point to be precise 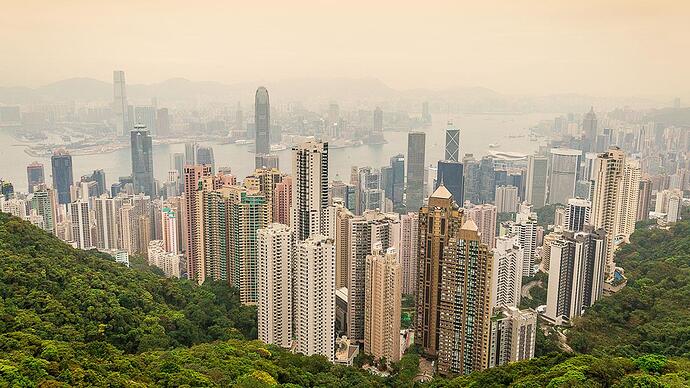 Kwong is a 29 year old Chinese business woman, working for the engineering firm Octa. After years of hard work, she has been promoted to Computer Network Architect. She’s been very proud of this promotion and as such, is looking for something to celebrate this with. That something just so happens to be a new car.

Kwong isn’t too much a car person herself and as such isn’t looking for something too specific. Her new car however needs to have personality - something that can take her home in comfort after a long days work and also drive her through the beautiful backroads of Hong Kong without hassle. She visits her parents three times a year and as such, should comfortably hold her luggage.

Her current ride has been a 2013 Mizhun Zen XZ, a subcompact crossover with a manual gearbox. The Zen XZ did annoy her due to the outdated infotainment system, poor speaker quality, and really boring and outdated looking exterior, something she does not want to see in her new choice. Additionally, she does not want to miss out on modern safety equipment passive or active. Despite not being a big car person, she does drive her cars as they should be driven. On the roads she sticks to the speed limits, but on backroads she likes putting her foot down. The upside of Zen XZ were it´s runing costs, well lack of them and decent milage of 38 mpg. Zen had a 1.5 NA engine making 120hp and wheight 1,470kg. 0 to 60 time was 11.9 seconds and a top speed of a 180 km/h.

When it comes to the rest of her family, Kwong has a boyfriend and a dog, but has yet to dedicate her time to getting children.

Sedan, wagon, crossover, hatchback, liftback or maybe even a coupe or a convertabile if you’re brave enough. If it’s comfortable and a bit sporty, premium feeling and can load some bags, it could be a contender.
(Any body type is allowed)

She won’t sit in something filled with plastic so cheap you could cut yourself with it. A bog-standard interior is… fine but oh how she’d love something premium feeling. As mentioned earlier, she won’t accept a cheap infotainment system and lacking safety equipment.

Kwong is used to a manual and can easily drive one with it, but an automatic is definitely easier for everyday city driving and the long trips she’ll have. FWD, RWD and AWD are all good, just don´t use 4X4, she doesn’t have a big preference for one over the other though RWD will be fun to experience on the backroads while AWD could be fine to have just in case anything ever happens with the terrain. FWD is absolutely fine and she’s also used to driving a car with it.

She wants a car that can adapt to her!

TRIM
Trim year - 2018
ET limit - 140
PU limit - 115
No semi-slick tires
No Limited Production (Luxury interior is allowed) or Race parts
Don’t minmax
No sequential gearbox
Maximum approximate cost of 35,500$. Kwong is going to tolerate up to 37,500$ if a car is seriously worth it.

For every car, a 15% import fee will be added to the final costs based on the approximate costs. The cheaper, the better it is for Kwong.

You don’t calculate the import fee. Your budget is up to 37,500$. The import fee just matters to Kwong. This will play role in the finals.

Design is really important to her.

About the design. If your car has got lets say adaotive cruse control make a radar somewhere on the car. If it has got rear parking camera, put it somewhere.

Here is a link for easier time converting https://greenwichmeantime.com/time-zone/europe/european-union/central-european-time/

Resubmissions are not allowed.

You have to post the ad for your submission. In ad try and incloude safety systems your car has and some detail you like about it the most (It will be easier for me to judge like that and you could get her attention with something out if the box)

The Car Shopping Round Rules and Stats Community Challenges & Competitions

This is the rules and meta thread for the Car Shopping Round. [image] What is the Car Shopping Round? It’s a sorta-weekly rotating challenge that has been running since January 2016. The host is the (first available) winner of the previous round. The premise of each round is that a particular client, described by the host, wants to buy a certain car for whatever needs and desires they have. They provide a brief and everybody who wants to enter submits a car with a pitch hoping to convince the …

And most importantly, have fun and don´t rush your submissions. If there are any questions or problems feel free to ask!

Huge thanks to @CorsicaUnknown for helping me get out of this mess!!

Changes that have been made

Increased maximum price to 37,500.
Import fee explained into more detail. (Just don’t go over maximum allowed price)
All body types are allowed.
Added some guidelines about design.
You are not allowed to use sequential gearbox.
Given more info about Zen (her previous car).
Luxury interior is allowed.

Me, a German, running a Dutch company:

Europian – 20% of the price of the car is going to be added on the original price. It will get the premium boost of 15% in premium stat.

“Definitly will not enter.”

after some more reading

If you are making europian car make it look europian

What do you reckon I should change? Except the import fees and prestiege boost

Aside from the typos,

what if, for example, I had a company from elsewhere in Asia or the Pacific, like India, Australia, or even New Zealand, what tax brackets would they fall into?

I’d hold off on submissions for at least 24, possibly 48 hours because there seems to be some issues I haven’t pointed out that I know others will.

Specify on how they’re not good? This is Automation, not real life. Anything can be good here.

Some of these rules are going to turn people off of entering your challenge due to their existing Lore based around their companies.

To be fair Reduit comes from Mauritius, and Reduits are a load of crap lol

It’s because you made them to be crap. You could’ve actually not made them crap. It was your choice to make it like it is rn though. Anyone can start a good Indian company here but they could also have the choice to make the company terrible

Okay lets make this a bit easier. All foregin cars will be allowed. I am going to put cars in 3 rakings for fees. High, mid, low. The cars with higher import fees are going to be more desirabile than the cars with lower import fees (also should the chinese cars have import fees or not?)

(also should the chinese cars have import fees or not?)

It wont be per region. The ranking will be decided by trim ET and PU

which already is fairly limited in the first place

How many seats and doors will Kwong need? I would suggest at least 4 or 5 seats, with at least 4 doors.

The rules are not set yet. Sorry.

If you are making american car make it look american

Let it be known that you included a Buick in the American car list, but Buicks are rebadged Opels, so I can transcend your system by making an American car that looks European! 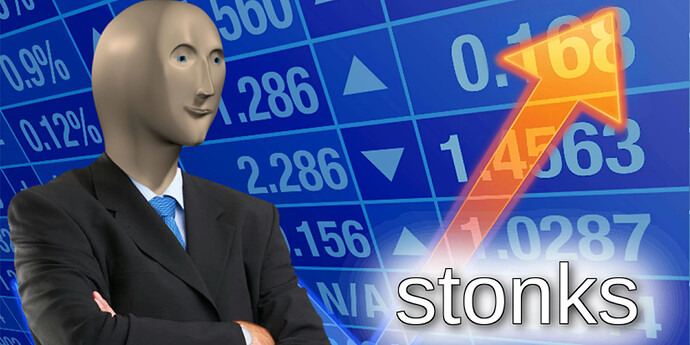 Opels have much less chrome but I get it

HaHA, the LaCrosse he included was designed in America for America! The LaCrosse is no rebadging! Checkmate!