Leon and Flora are a successful young-ish couple. Leon is an interior designer and Flora runs a modern art gallery in the centre of Rotterdam. They own an Audi A3, but since Flora is pregnant and they already have 2 children, Alexander who is 2 and Matthijs who will be turning 5 soon, they have decided that they need a bigger car. Because they are both into design and art they are looking for an interesting design, a beautiful car. Living in Rotterdam, Netherlands doesn’t really require an AWD or a 4x4, their A3 deals with occasional snowy roads just fine. They are an active family and go on weekend trips to a lake or a relaxing hike, naturally that sometimes leads them to a gravel road, but again A3 copes with that just fine. Where A3 doesn’t cope fine is space. It is a spacious car for its class and that is the best they can say about the space it offers. Boot space is starting to get small. Packing more than 3 suitcases is a struggle and soon they are going to have to carry a pram and a bag or 2 extra. A3 lacks in safety as well because it does not have 3 Isofix anchor points and realistically you can’t fit 3 car seats in the back of an A3. A bigger car is needed. However, they are not sure about the size of the car. They need something bigger than their A3, but they don’t know how much bigger. The body type of their future car is also unknown. Sedan, estate, liftback, SUV, MPV…

DESIGN COHERENCE, PERIOD CORRECTNESS, REALISM
If you are making an entry-level premium sedan with a 2.0l engine make it look like it. Projector halogen or maybe even xenon headlights, less plastic, chrome accents, body-coloured panels, no quad exhausts etc. Keep in mind you are making a 2012 car. They don’t have mad LED DRL patterns in the headlights or have 21’… DRLs are mandatory in Europe since 2011. Try and incorporate them. They do and don’t have to be LED strips, it just depends in which price bracket your car is.

PRACTICALITY
They are soon to become a family of 5 with the eldest child being 5. Your car needs to be able to comfortably fit 5 people, extra seats would be nice but not necessary. Keep an eye on passenger space and cargo space.


SAFETY
Flora and Leon shouldn’t be afraid for their lives every time they sit in it. It should be safe by early 2010s standards. ESC will not be mandatory in Europe until 2014, but in a larger family car it should be standard.


FUEL ECONOMY
Action or well, lack of it is situated in Europe, fuel isn’t cheap and Leon and Flora don’t want to spend their days on the petrol stations.


RELIABILITY
Family cars shouldn’t break all the time. They are aware they are not going to get a car with a Lexus reliability score, but a car that won’t break down after a 10,000km would be nice.

EMISSIONS
A stat that was never a priority in a CSR, but it is here. The early 2010s were the beginning of stricter CO2 control and in a few years time, some cities will start charging for entering a city centre with a car that emits a lot of CO2. Also a car with a lower CO2 is cheaper to tax. Lower the better.


SERVICE COSTS
Again you are making a family car not a supercar with a V10 engine. Keep them reasonable.

Use the following naming scheme for your entry:

Resubmissions will not be allowed.

And most importantly. Just have fun with it. Even if it doesn’t work out for you, you gave it a shot. There is enough time, use it wisely. Before sending check if your car follows the rules, I don’t want to see good cars being binned because somebody was lazy to recheck the rules. If you find any serious flaws with the rules let me know.

I assume that the existing A3 is not a Quattro?

I’ve never actually entered one of these before and am interested.

Are mods allowed or do we have to stick with vanilla bodies and fixtures?

looking for an interesting design, a beautiful car

You can use mods for CSR, dw about it

I assume that the existing A3 is not a Quattro?

Are mods allowed or do we have to stick with vanilla bodies and fixtures?

Yes you can use mods.

Sportiness is not much of a concern for our clients, but they won’t want something that’s too slow. Also, why aren’t there any engine/trim production unit limits? As for these:

I suspect the catalytic converter must be a three-way (either regular or high-flow) unit, and +2 or +3 seating will not be accepted, unlike the more common arrangement of 3 full-sized seats in the second row.

And what about loudness limits? Should there be any, and if so, how much?

And what about loudness limits? Should there be any, and if so, how much?

There is one. As for production units, they affect the price, so I guess it would be quite redundant.

I suspect the catalytic converter must be a three-way (either regular or high-flow) unit, and +2 or +3 seating will not be accepted, unlike the more common arrangement of 3 full-sized seats in the second row.

Well, you are building a 2012 car I think that three-way catalytic converter goes under common sense and realism. + seats can be used in 3rd row if your car has one, but avoid using them in the 2nd row.

How about performance? I understand that nobody in 2012 wanted Peugeot 404 diesel performance, but will it be considered as long as it is on a sane level?

I would expect our clients to reject anything that’s too slow for their tastes, even though they are not really in the market for an actual performance car.

Yeah, but that is a very vague guideline in this case that goes for almost any car buyer, at least today. From some previous CSRs, though, I have learned that it seems like there is automationverse buyers that expect hot hatch acceleration from a cargo van, more or less…

2012, Europe, family car, not very expensive (32k doesn’t sound like much for that in Automation), so I’d aim for something that fits this IRL? Like, IDK, Škoda Superb 1.8 TSI, Ford Kuga 1.6 EcoBoost or Renault Grand Scenic 2.0.

How about performance? I understand that nobody in 2012 wanted Peugeot 404 diesel performance, but will it be considered as long as it is on a sane level?

As long as the car is able to keep up with traffic and has got enough power to overtake, you should be fine. They are not looking for a hot hatch. I should note that they both know how to dive a manual furthermore A3 is a manual.

I would advise you to recheck priorities, rules and requirements. Some changes were made.

This will be my first submission ever. I see that some of you on here upload your vehicles, how and where are they uploaded to?

Direct message the .car file to vouge (the creator of the challenge). This way no one else will be able to look at your car before the challenge ends.

Usually you’ll also need to post a picture of your car in order for it to count.

This will be a debut for Husar brand in CSR, the project looks promising but is still in the engineering phase.
Here is a little teaser for you all 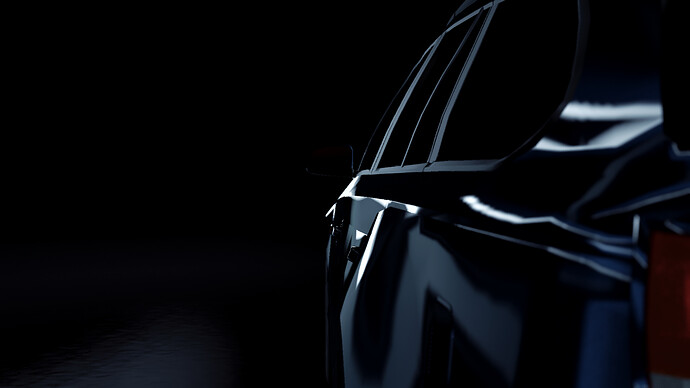