CSR Rules and link to previous round.

Detective █████ ███████ is among the top detectives in Gasmea. The Detective has been known for ███ reckless exploits with cases assigned to ███, and one of these cases has finally brought annoyance to the Chief, and now the Detective is forced to purchase ███ own vehicle for police duty.

Being able to buy ███ own vehicle for police duty is a double edged sword.
███’d be able to purchase whatever would suit ███ tastes, but ███ unfortunately would have to service it ███self if it ended up damaged or whatnot.

Sidenote: Please double-check the rules before submitting! Furthermore, be sure to check for any realism discrepancies you may encounter. Being instabinned for something that could’ve been remedied with a rulecheck is no fun!

Realism and Looks - Of course, who wouldn’t want to be seen driving in a pretty looking thing?

Driveability - Detective wants a vehicle that’d be easy to throw in and out of a corner, as you will never know what kind of scenario you’d accidentally toss yourself into. This car will also be the Detective’s new personal daily driven car, as ███ had always used ███ assigned vehicle as a personal car.

Service Costs - ███ can’t file ███ tax returns on this vehicle, better to spend less on dealing with the car’s problems if ever one actually does pop up.

Reliability - Better to break down less than to not have a working car at all. ███ can’t simply hop into another policemobile replacement if this one goes bust. ███ also prefers manual transmissions, as ███ fears harsher driving, like the exploits ███ has planned for every mission, might ruin an automatic’s longetivity.

Sportiness - As seen with the earlier encounter, the policemobiles are too slow for what ███ might encounter, higher tier organized crime members would likely be driving larger cars with powerful engines. ███ also desires something with a little bit more fun to bring some sense of life into a case.
This will be judged using both the Sportiness stat, and the car’s general handling characteristics according to the Test Track tab.

Vehicle Size - After the encounter with the Bonhomme, ███ figured a larger car might be a bit better. Though in some cases, such as that one incident in ████████, ███ might ███████ ██████████.

Comfort - ███ absolutely hated the uncomfortable shitspec seats of the police sedan, and thus, ███’d be looking for something not horrible to drive, but not exactly a boat.

Practicality - ███’s not hauling criminals or anything major in this car, so it only really needs to hold ███ and maybe an assistant, as well as ███ files and equipment. Stuff like that could maybe fit in a smaller coupe.

Fuel Economy - Gas is not that expensive, but ███ doesn’t want something that runs out of fuel immediately after a chase.

With such all said and done,

The games shall begin by the middle of the night.
II.X.MMXXI

Forbye, the deadline shall occur by the middle of the night.
II.XVII.MMXXI

Time to crank out another Hillstrom maybe?

PS Yeah, I’ve got it all cracked, but I don’t really get what’s this about

We haven’t had a 50s-themed round in a while, so this one feels like a breath of fresh air.

And judging by the fact that our client for this round rarely needs to carry more than one passenger at a time, I suspect two-seaters will be accepted.

Also are ET/PU soft caps? Just because using a period correct V8, along with body on frame and period correct interior setup, I’m getting around 75/80 on engine and 57/69 on trim. It could be the body I’m using, but I might reccomend a slight increase if they’re hard caps.

it sems like the current ruleset heavily favors domestic, which, while realistic seems unfair to import brands

With a small amount of quality spam in aerodnamics

and a few bits of negative here and there I can barely squeeze the trim in. Not difficult, just requires some sacrifices

I can also confirm that ET limits are… restrictive. Even for realism. Just bumping it to 80 for engine and 65 for trim could make a huge difference.


The rules have been updated following an outcry from potential entrants, the additional changes with the ruleset are as follows:

Trim ET Limits have been raised to 65.

Engine ET Limits have been raised to 80.

PU Limits have been abolished.


I sincerely hope that this satisfies the needs of the potential entrants.

As a bonus, I shall be linking the following guides for potential entrants who wish to fare a better chance in this challenge.

Can we only make Americanish cars?

As a bonus, I shall be linking the following guides for potential entrants who wish to fare a better chance in this challenge.

Well, since my passenger car brand is Dutch/ Hetvesian and the only Gasmean branch of Anhultz Holdings LTD would be Moover, manufacturing utility vehicles i’ll probably still not enter, given imports being out of the question.

Question: If Detective X wants a sporty, exciting car which he expects to catch criminals in, wouldn’t he be perfectly happy shelling out money for premium gas? From what I can read, the early OHV V8s of the era used that stuff and not Regular.


The rules have been finalized with the following changes:

Engine Octane requirement has been abolished.

Environmental Resistance requirement has been removed as a priority.

Sportiness Priority to be clarified upon.


With the finalization of the rules it is safe to say that;


No rule changes will happen from here on out.
The end of submissions acceptance is listed in the original post.

May luck be with you.

so if i read correctly this [blank] person is only interested in domestic american cars, so no british roadsters or something like it? For example an old Jaguar would fit this detective very nicely, but its not american so idk if its allowed :V

Healy is a British chassis with an American engine…and is one of the inspirational cars!

This is the stablemate of the Franklin Cerberus. Rather then the Cerberus’ 2 seater, rear engined design, we have a front engine, rear wheeled drive tourer and fitted with 4 seats. 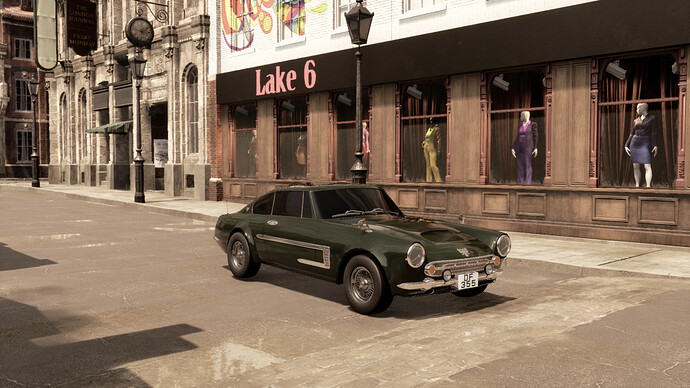 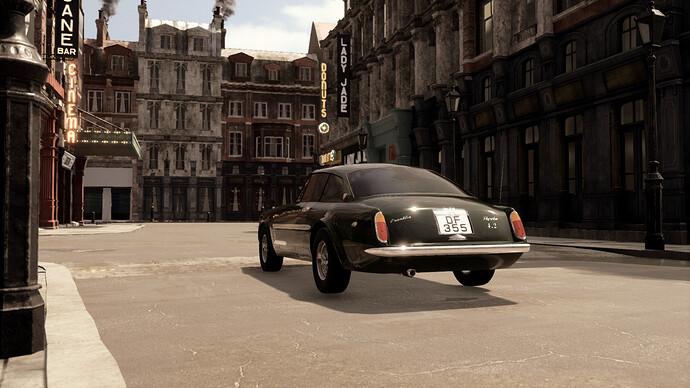 Don’t forget that you have to still abide by the headlamp rule!