1: I think the Engine Designer needs a revision on a flat engine bore and stroke design, as flat engines are horizontally opposed, so it usually have an oversquare design (bore larger than stroke) because increases in stroke length will increase in overall engine length, so here are two flat engine recreations as an example of typical flat engine design. 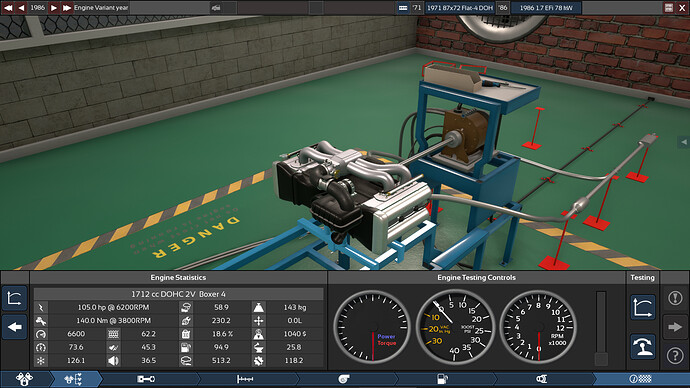 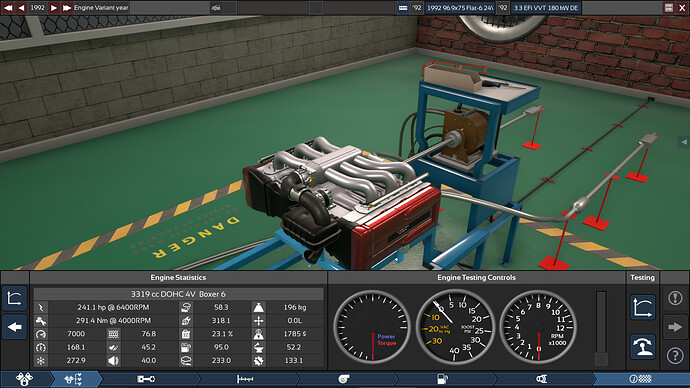 References: Boxers and Bore vs Stroke :: Automation - The Car Company Tycoon Game General Automation Players Forum
Why The Boxer Engine? | Subaru Australia
Balance shafts (Note that the balance shaft has been suggested 8 years ago, but never been discussed in that topic).

And what should be revised in terms of “bore and stroke design”? That sounds quite vague. I can’t see a problem there.

As for balance shafts, yes but no. I went more or less that route and got nowhere. Dump quality into the bottom end.

That would be a plain, unrealistic exploit. No way a 70 mm bore and a 95 mm bore boxers will be the same size. Both bore and stroke change the external size of the engine for all types of engines, but they do it in two different ways. Maybe, just maybe, the bore should affect the height of the bank (so the width of the engine for boxers) less, and the stroke should affect it more.

Except that stroke on a boxer/flat wont increase length, it will increase width; more bore will increase the length. The model just scales with the sliders, it doesn’t actually adjust the connecting rod length.

Don’t know if you’re replying to me @Elizipeazie, but, I mean that, in a horizontal layout:
If the X axis is across, Y is up and Z is away, relative to a viewing position in front of the vehicle, then X= width, Y=height and Z= length/depth.
More bore will increase Y and Z.
More stroke will increase X.

this still apllies, with X being referenced (left to right when viewed up front)
just like a 4-pot getting taller (Y-axis) with added bore, the flat-4 will get wider