Just when we thought it couldn’t get any worse for fans of Holden (and Australian cars in general), GM has opted to consign the entire Holden brand to the history books after years of declining sales. Read more here:

Holden brand to be axed in Australia 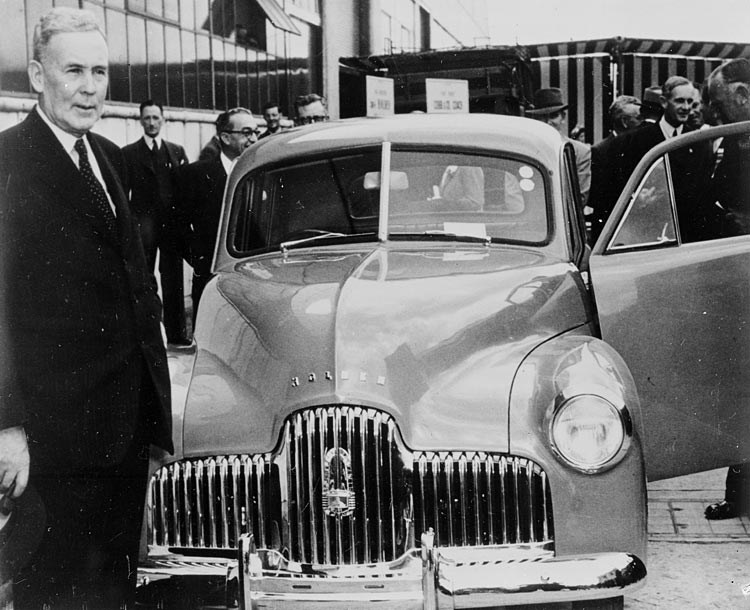 Given that, until now, I still held out hope for Holden as an importer cherry-picking the best models in GM’s portfolio and adapting them for the Australian market, even after axing the Commodore altogether, this announcement leaves me gutted, especially since I have been lucky enough to see (and hear) many of their iconic models on the road throughout my life. Twenty, or even ten years ago, I never thought Holden would be axed, but now that it will be in a year’s time, I feel nothing but disappointment and bitterness; the fact that it comes so soon after the end of local manufacturing only makes it worse.

This announcement may not come as a complete surprise, but Holden has confirmed that it will discontinue its most iconic and long-lasting nameplate, the Commodore, after 40 consecutive years of production (1978-2017) followed by two further years of sales as an Australianized Opel/Vauxhall. To add insult to injury, the Astra will also be axed - and both models will no longer be available for sale by the end of 2020: What this means is that except from the US-built Camaro and Corvette, every m…

Of greater concern is the fallout from Holden’s demise, one-and-a-half centuries after the name first appeared on a saddlery, and just three years short of its 75th anniversary. The design studio in Melbourne and the Lang Lang proving ground will be closed down (and most likely bulldozed), leading to hundreds of jobs being lost - and to add insult to injury, this could put GM’s plans to export the C8 Corvette to Australia in limbo. 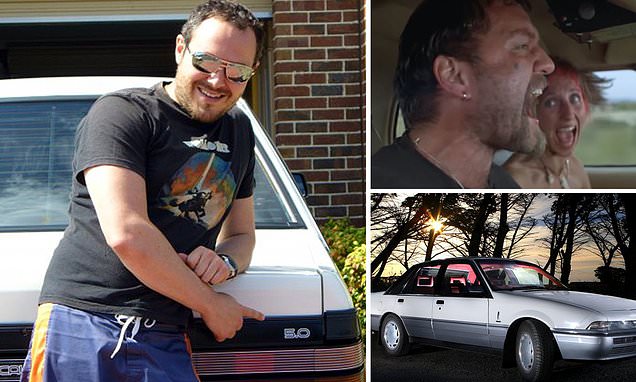 Holden fan mourns the death of an Aussie icon

There was a time when the sight of Holden's iconic logo would make an Aussie feel warm and fuzzy with pride. 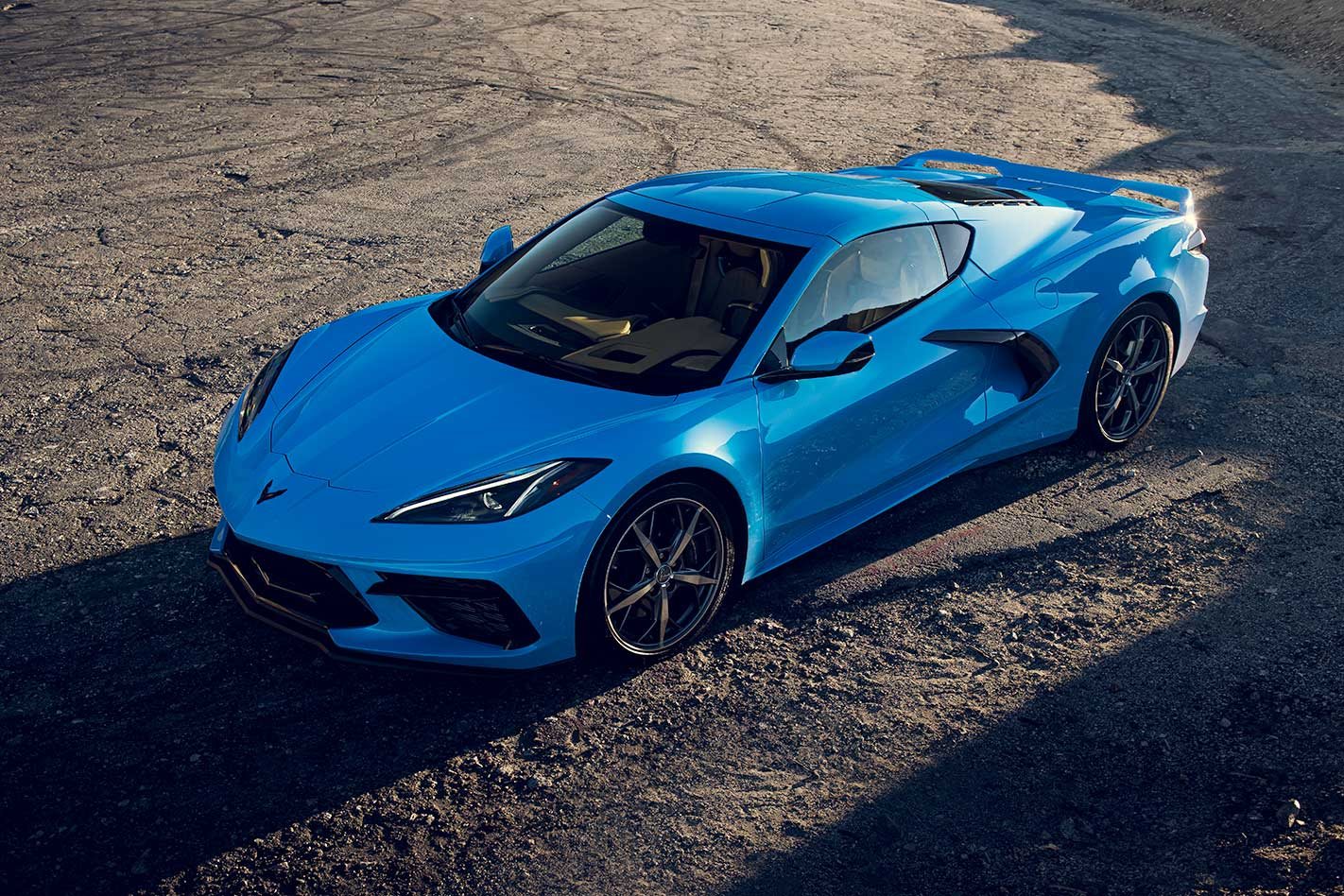 With Holden gone, will the Chevrolet C8 Corvette still come to Australia?

Moreover, Holden’s demise has blindsided the Australian government, leaving even the current Prime Minister, Scott Morrison, furious, and to add insult to injury, GM as a whole is withdrawing permanently from all right-hand-drive markets (as evidenced by its decision to sell the Thai factory in which the current Colorado is made to Chinese manufacturer Great Wall Motors) to focus on its strongholds in China and North America - which means that it will never again be considered a global automaker.

Industry minister accuses Holden of walking out on Australia 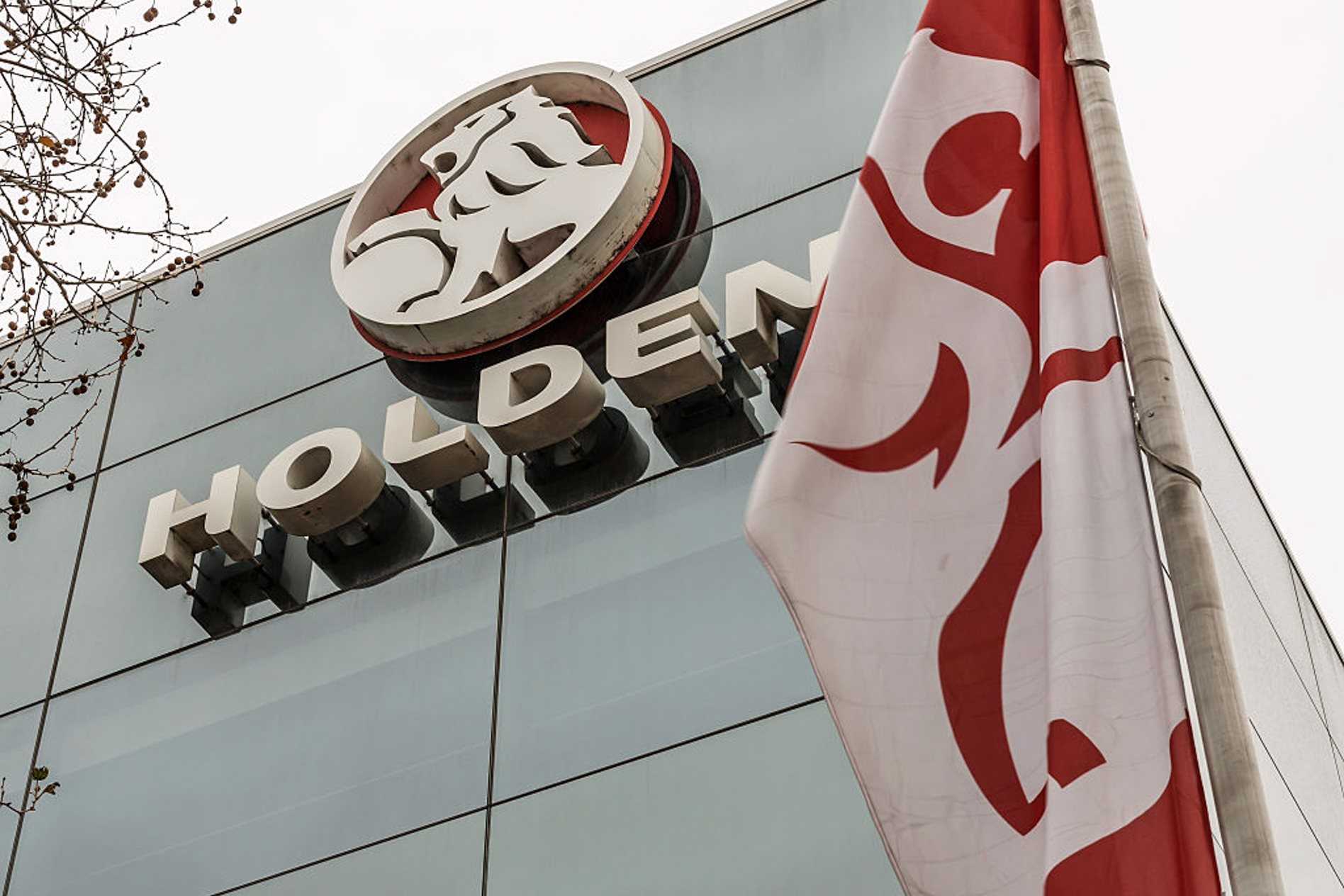 What does the Holden announcement mean to Holden customers?

Abandoning the Australian market will not only cost GM billions of dollars in the short and long term, but will also deprive Australia of a cultural and motorsport legacy stretching back several decades. Understandably, the Supercars Championship is going to be changed forever - the Commodore will disappear from the grid within a year or two - and many drivers and teams are already paying tribute to the soon-to-be extinct brand they raced for and/or against through the years: 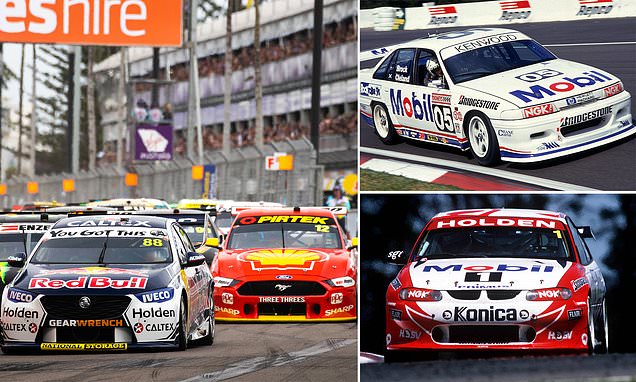 Is there a future for V8 Supercars without Holden?

Holden has refused to commit to remaining part of the Supercars championship beyond 2020 after parent company General Motors announced it was retiring the automotive brand.

So what do you think about the demise of Holden as a whole - a sad downfall which went from an impossibility several decades ago to an inevitability today?

and to add insult to injury, GM as a whole is withdrawing permanently from all right-hand-drive markets

Is that why Vauxhall/Opel was bought bought out by PCA and they’re making the new Peugeot 208 and Vauxhall Corsa on the same platform?

Agreed. In fact, they were clinging on to an outdated set of values, and in a market more receptive of other brands than theirs, they were being increasingly held back, and that proved to be their undoing.

At least former rivals Ford remain committed to the Australian market and will invest another half-billion dollars to maintain a presence there, but what’s the point of being a Ford man now, given that it too is now an importer, and the Falcon has been out of production for just over three years? It makes it seem like a hollow victory to me. 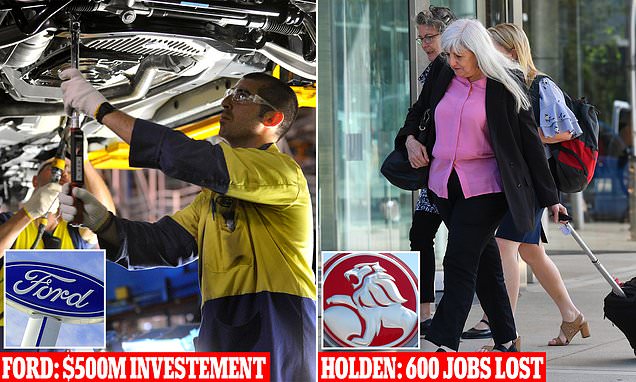 Ford Australia & New Zealand president and CEO Kay Hart says the company is 'committed to Australia' and will spend about $500 million investment in 2020.

I think it’s time to rewrite an iconic Australian slogan - “Football, meat pies, kangaroos and Holden cars” by replacing “Holden” with “imported”. As for the Supercars Championship, the series as we know it is standing on shaky ground; with Ford represented by an American import and Holden on its way out altogether, the rivalry between the two is well and truly over. Maybe it would be better to replace the existing cars with real supercars - specifically, the GT3 cars that compete at the Bathurst 12 Hour - and, in the process, make its name much more meaningful (and relevant) to fans and viewers alike? 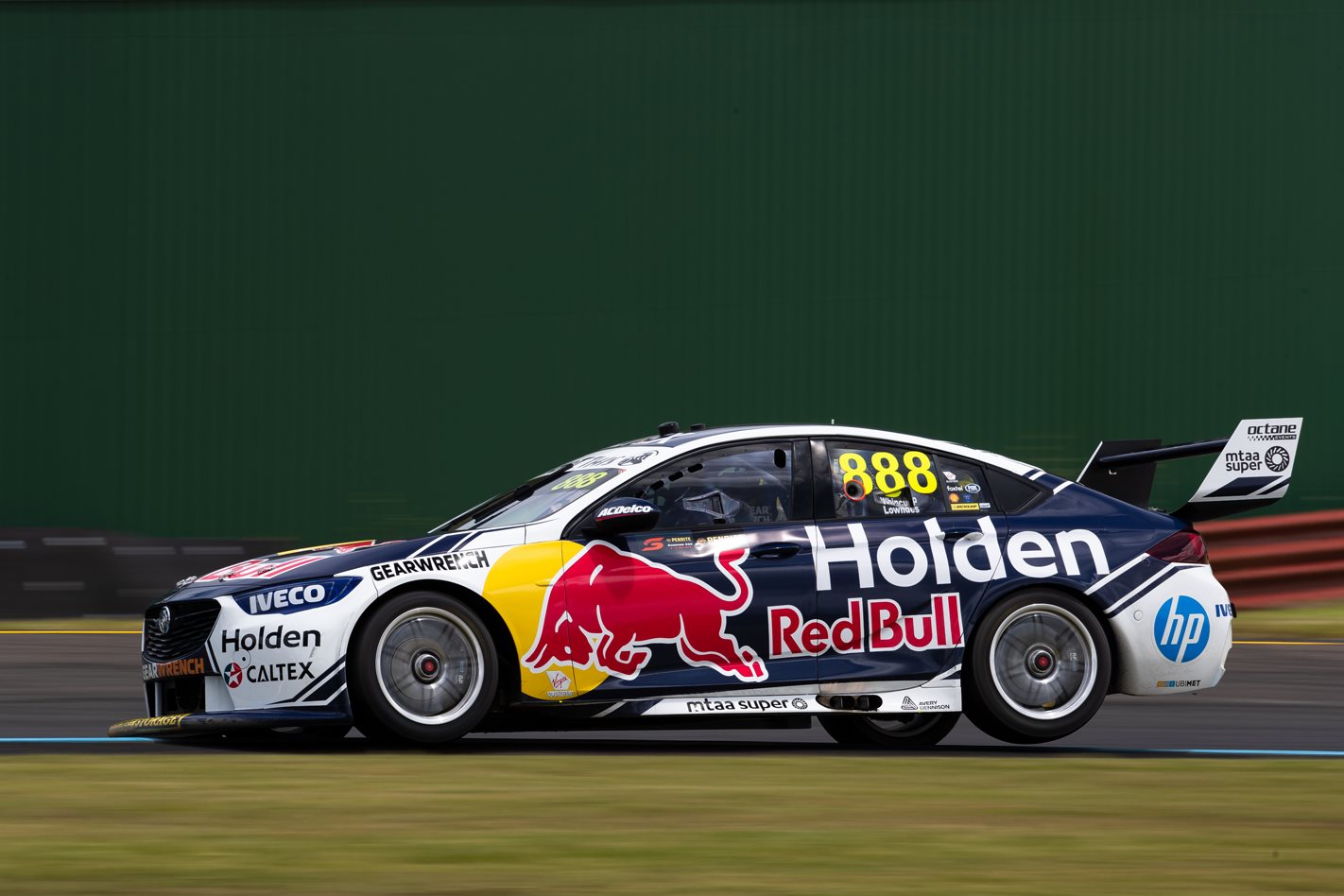 Considering that the 12 Hour has been a huge success due to the close racing provided by the flagship GT3 category, adopting that ruleset might not be such a bad idea for them. However, without Holden’s involvement, Triple Eight (currently their sole factory-backed representative), the series’ most successful team to date, will have to revert to its previous moniker of Red Bull Racing Australia.

I’m gonna mirror what steak said, I really don’t think this comes as a big surprise to anyone. The end of the locally made commodore was Holden’s death sentence. With their main identity gone to an imported compromise, sales absolutely flopped and their lackluster lineup of just about everything else that mattered in the market basically ensured their remaining time was short.

Also, I really doubt they’re blindsided by it. If a 17 year old kid can see it coming from a mile away then I highly doubt that a bunch of older people with much more experience would be caught off guard by this.

I think you don’t quite realise that without Holden there is no Holden “go-faster arm”. GM specialty vehicles is very likely going to focus on their current imports that HSV was palmed off, the Silverado, the Camaro and possibly the C8. Ever since the commodore was killed off, HSV was effectively dead in the water anyway, their one model that their entire business was built around was killed off and thus they had no further purpose other than living up to their actual name and importing and converting “special” vehicles for the Australian market.

As for the Supercars Championship, the series as we know it is standing on shaky ground; with Ford represented by an American import and Holden on its way out altogether, the rivalry between the two is well and truly over. Maybe it would be better to replace the existing cars with real supercars - specifically, the GT3 cars that compete at the Bathurst 12 Hour - and, in the process, make its name much more meaningful (and relevant) to fans and viewers alike?

As for this, the whole reason V8 supercars was relevant and of arguable meaningfulness can be summed up in one famous phrase; “Win on Sunday, sell on Monday.” The entire reason V8 supercars was so popular was because the cars were relevant to the average Aussie. Switching the series to GT3 cars would even further reduce the relevance to the average Australian that adored the sport because they’re all based off models that go for 6 figures, something hardly achievable to the average blue collar Aussie. I think at this point it might be time to lay the sport to rest, along with the end of the legends that made the sport.

But as they say, all good things must come to an end.

pours one out for Holden

You have a point. For example, if a GT3 car from an exotic Euro manufacturer such as McLaren were to win the Bathurst 1000 (instead of the 12 Hour, which is a multi-class race), fan reaction would be unbelievably hostile - the punters wouldn’t like it at all, given the enormous cost of the cars they’re based on. It would be much better if the category moved on from (Aussie) Ford vs Holden, and switched to American Ford vs GM by letting the Chevrolet Camaro take on the Ford Mustangs that were introduced at the start of last season.

It would be much better if the category moved on from (Aussie) Ford vs Holden, and switched to American Ford vs GM by letting the Chevrolet Camaro take on the Ford Mustangs that were introduced at the start of last season.

Saying that, I think it was in the GRID reboot that there was a Camaro V8 Supercar. So it could likely be possible that GM takes that and makes the Mustang vs Camaro thing a reality.

And now Holden will be bought by a Vietnamese startup…